Interesting Facts about University of Minnesota

Sure, you probably know all there is to know about the U of M as it stands today. But do you know some of the interesting history and facts of the university you love?

1. The world’s best apples were created here at the U of M

Yes, the Honeycrisp Apple was developed at the Horticultural Research Center here at the U, back in 1974. It was made available to the public in 1991 and has since become one of the most desired and preferred apples for eating raw.

2. You can get to and from most places on campus without ever going outside

The Gopher Way is a series of underground hallways and tunnels, as well as a few skyways, that connect a large percentage of campus. During the winter freeze, you may not even realize that you can avoid the outside altogether through the tunnels under your feet. 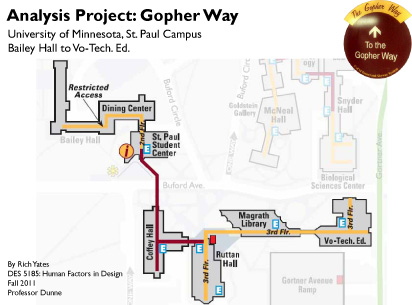 The University of Minnesota libraries is home to the largest collection of Sherlock Holmes materials in the world. It consists of over 60,000 books, journals, and other paper materials relating to the famous figure. It’s all stored underground, to be viewed by request. 4. Cardiac surgery had its start here A group of 13 buildings in the Knoll area are over 100 years old, and together make up the Old Campus Historic District. These buildings are listed on the US National Register of Historic Places.

6. The U has plenty of historically important alumni

7. We’re among the best in the world

The 2016 Academic Ranking of World Universities placed us as the 33rd best university in the world. That’s a lot of competition!

It was called “Gopher” and was introduced as a precursor to the internet used today. It utilized hyperlinks to connect documents to each other. A huge number of other scientific and technical inventions and concepts were pioneered and created here as well.

Due to a financial crisis after the Civil War, the campus shut down for a period of time, but reopened in 1867 (with help from John Pillsbury) and became an official university shortly thereafter in 1869. 10. The Armory has a long history

It was constructed in 1896 and was originally the home base for the men’s basketball team and the marching band. Those two later found their own buildings, and was later used for the physical education department, though it’s now the home of the university’s ROTC units. Early Gopher football games were sometimes played on the field next to the Armory.

Tutoring Services at the University of Minnesota Twin Cities