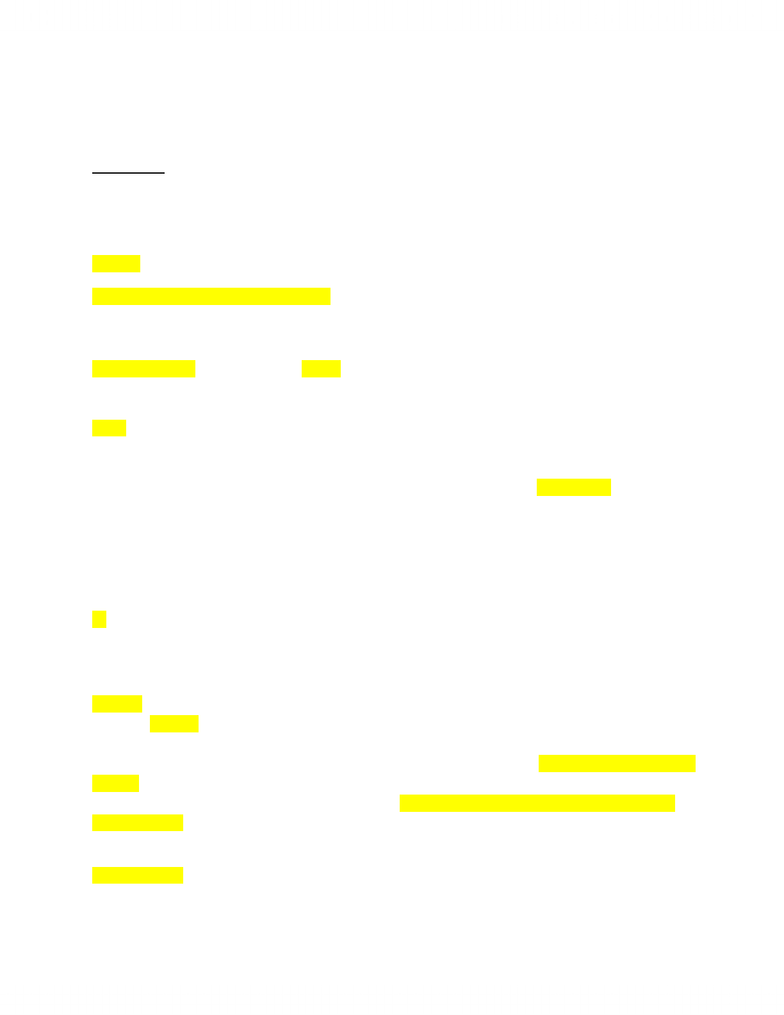 Art Notes
Art quiz starts at 5 today, (up to ch.7) close on Saturday, mc and fill in the blanks
Egyptian Art
Pre-dynastic (c. 5000-2950 BCE)
Early Dynasty (c. 2950-2575 BCE)
Pharaoh: a king of ancient Egypt
Principle of Ma’at or the goddess of Maat: the Egyptian believes that she comes in to bring truth and
harmony (balance) after the universe is created. She is married to Thoth and is the daughter of Ra, the
sun of god. She also divines orders and set rules.
Palette of Narmer, c. 2950 BCE: the (Menes king-Menes god) king Namer is the first king in Egypt, who
conquered the lower part and united the two kingdoms. The palette was a votive or a gift offering by the
king to his “father”, the god Amun-Ra, or used/reserved for ceremonies. It was found in the temple of
Horus, which is the god of ancient king or the sky god; it is depicted as falcon with human hand. The
hieroglyphic writing (name of Narmer and description of what is happening in pictographs set within a
stylized palace façade) and the decoration on the palette show the viewer a chapter of ancient Egyptian
history (informative): the most important figure is always in larger scale (aka. hieratic scale) to show that
he is the one in power; the white crown of upper Egypt in the front and at the back, is the red crown of
lower Egypt, which is to reinforce the power and to show how upper Egypt is dominating the lower part.
The direction of the (bare) feet indicates where the action is taking place, the lines on his leg and arms
are an indication of muscles and bones, making him look strong, powerful and solid. He does not look
real or nature, more geometric shape to define the body.
Ka: the spirit lived on after the death of the body, the ka needed a body to inhabit, either a carved
likeness of the deceased or his/her corpse, preserved by mummification
Old Kingdom (c. 2575-2150 BCE)
Mastaba: a flat-topped, one-story structure with slanted walls erected above an underground burial
chamber. Imhotep is the world most famous ancient who build the first pyramid, he is the prime
minister and royal advisor who worked for the Third Dynasty King Djoser. He designed a stepped
pyramid consisting of 6 mastaba-like elements stacked on top of each other. (Stepped Pyramid of Djoser,
Saqqara, c.2667-2648 BCE) it is built with finely cut limestone, rises without ramps and formed
protection for the tomb. (From mastaba to pyramid) (Pyramids of khufu, Khafre, and Menkaure, great
pyramids, Giza, c. 2575-2450 BCE) most famous are the three great pyramids at Giza, part of tomb
complex built by three successive Fourth Dynasty kings Khufu, Khafre, and Menkaure.
The Great Spinx, Giza, c. 2613-2494: Famous for combining his head with the body of a crouching lion:
symbol of strength and power, gives viewers the feeling of control and watching (believed that lions
Unlock document 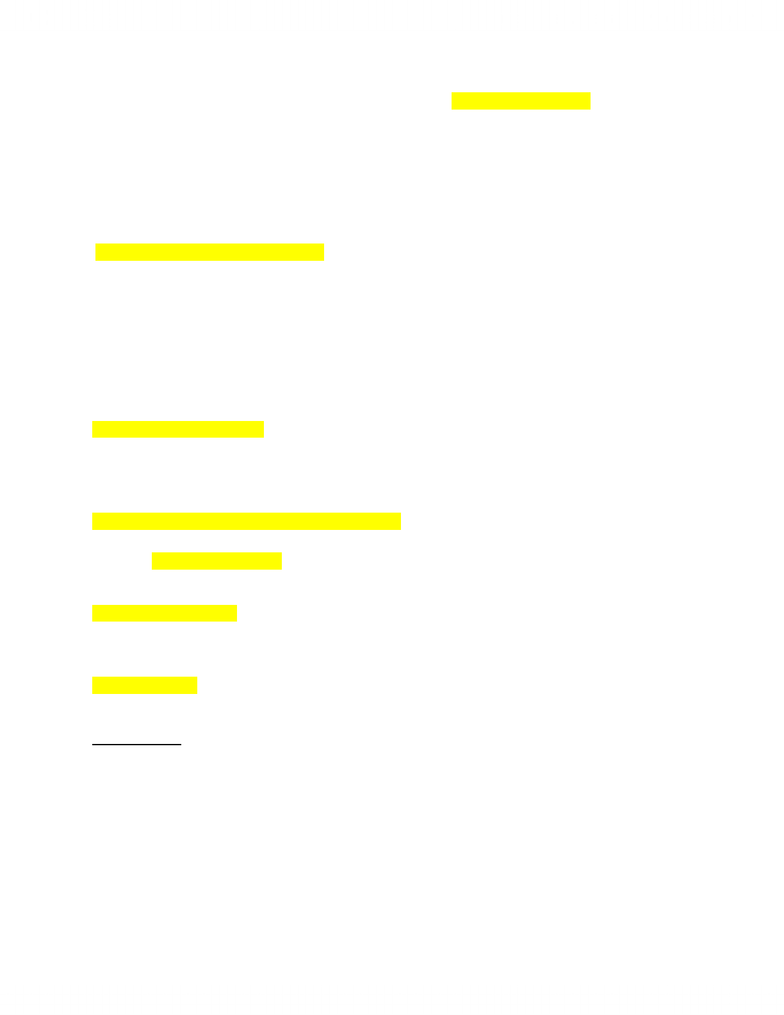 sleep with eyes open), and is strongly associated with the sun. Seated Statue of Khafre, Giza, c. 2520-
2494 BCE: over-life-size statue of Khafe, made with a rare material which glows a deep blue under
sunlight, the celestial color of Horus. He is being idealized, look better than real life. He wears the
traditional royal clothing: a short kilt, a false beard symbolic of kingship, and folded linen headdress
which help recognize him as the pharaoh and the large size is meant to overwhelm the viewers. His arms
are pressed tightly to the body, body firmly anchored in the block- emphasize he is the ruler and convey
the idea that this is his nation
Menkaure and Queen Khamerernebty II, Giza, c.2490-2472 BCE: he is idealized/ stylized, a youthful face
and giving a calm and dignified expression. He has the position of authority with the left foot forward
and clenched fist to reinforce the power of public. The queen is less important as she is standing slightly
backward, she has a much softer curve compared to her husband. The lower body is much more stylized
than the upper part, it is just to give viewers a sense of it, not the actual form.
Middle Kingdom, c. 1975-1640 BCE
New Kingdom, c. 1539-1075 BCE
Kneeling Figure of Hatshepsut, Dier el-Bahri, c. 1473-1458 BCE: after the death of Tutmose II, his wife
declared ruler by the priests of Amun and she delayed the succession of Tutmose III for 20years. She was
represented as a male king, wearing a kilt and headdress, occasionally even a false beard. She also has a
muscular chest. It is more important to portray the convention than showing her as a female.
Reconstruction Drawing of the Great Temple of Amun, Karnak, c. 1579-1075 BCE: funerary temple for
Hatshepsut. It was constructed on 3levels connected by ramps and fronted by colonnades (rows of
columns). Drawing hypostyle hall, Great Temple of Amun, c. 1292-1190 BCE: The colonnades led to a
hypostyle hall, closely built columns and densely packed space, only a few people are allowed to enter.
Akhenaten and his family, from Akhetaten, c. 1353-1336: use of sunken relief, which is craved into the
flat surface. He looks more feminize rather than masculine, seems to be more approachable and caring.
The queen has more power and authority than the past.
Tutmose, Nefertiti, c. 1353-1336 BCE: it shows a bit of the human features, such as the crease of the
eyes.
Ancient Greece
Zeus: figure of wisdom and power, god of sky/thunder/order/space
Apollo, from temple of Zeus, 5th century BCE: god of the sun/creativity/fine art
“Man as measure of all things”
Archaic period, c. 600-480 BCE
Greek orders: a standard temple that is built for particular god and goddess, refer to tb p112.
Unlock document 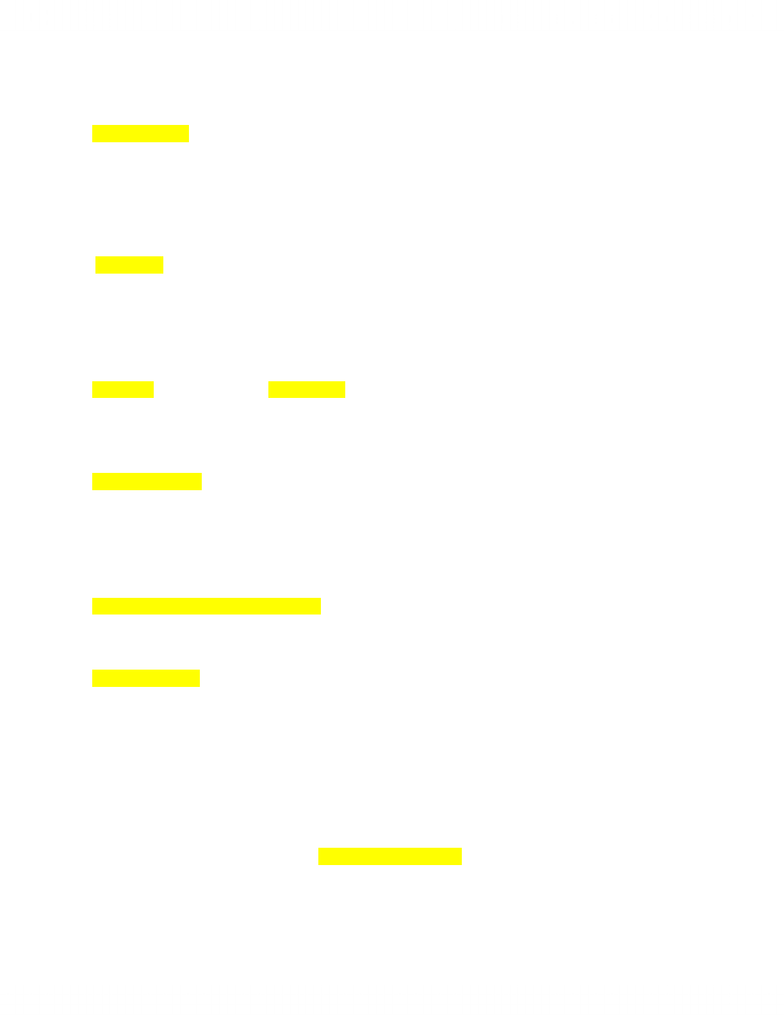 Archaic sculpture
Anavysos Kouros, from cemetery at Anavysos, near Athens, c. 530BCE: represent a young man (a
symbol/ type rather than a specific individual), always depicts in nude. He has a gesture similar to the
ancient Egyptian pharaoh, who also has clenched fist and left foot forward. However, he is free from a
block of stone, much more convincing that he has the potential to move. He does not wear a headdress,
but hair still remains stylized. His body is more round and close to naturalistic proportion/organic
structure. He has a typical Archaic smile, making him look more real/ lifelike.
Peplos Kore, from Athens, c. 530BC: share similar characteristics with the Kouros, the Archaie smile and
rounded body and stylized hair. She is supposed to be painted, the red pigments on her lips and hair
made her seem more lifelike. Not much attention is paid to the lower part of her body since it is covered
with garment.
Early Classical Period, 480-450BCE
Kritios Boy, c. 480BCE: has the contrapposto pose, in which the left leg became the engaged leg and
right leg slightly bended, giving it a more relaxed and lifelike figure. He has lost the Archaic smile, his
body is more rounded and lack of muscles, body proportion is more organic. The transition line on his
hip helps bring viewers’ eyes from back to front.
Warrior from Riace, c. 460-450BCE: it is found in the sea of Riace, Italy. He is tall and his back is deeply
carved to depict his muscles structure. The contrapposto is illustrated and the senses of detail on his
face e.g. sliver teeth, illustrating the intense desire to make it ideal and naturalization. Has the posture
of holding a spear in his right hand. Loss wax process
High classical Period, c. 450-400 BCE
Polykleitos, Doryphoros or spear-bearer, 450-440BCE: tree trunk as supporting element (stability),
mathematical definition of beautiful as it applied to the human figure. He carried the characteristic of
the Kritios Boy, contrapposto, but with an exaggeration of “S” shaped. On page126
Parthenon, Athens, 447-432BCE: reconstruction of the temple under the leader Perikles, it is designed
and built by architects Kallikrates and Iktinos, and the sculptor is Phidias. The temple is dedicated to
Virgin Athena, goddess of wisdom and civilization as an economic safeguard for the city. It follows the
Doric order. Made optical refinement of the temple to give it a sense of levity and sense of perfection/
beauty, both the base and the entablature are made slightly curve instead of straight lines. The
sculpture in the round filled both pediments of the Parthenon. On the east pediment, the ensemble
illustrated the birth of Athena. In terms of clothing and development, the draperies are more in advance,
give you little sense of body underneath but convey a sense of movement and there’s a new kind of
interaction between figures as they are lending on one another. The exterior Doric frieze included 92
carved metopes with scenes of victory. Lapith Fighting a Centaur, c. 447-432 BCE: battle of violence and
power, it is not convincing that it is in a battle in terms of posture, beauty is the key element and it is
more important to show the trials of the Lapith and the Centaur.
Unlock document