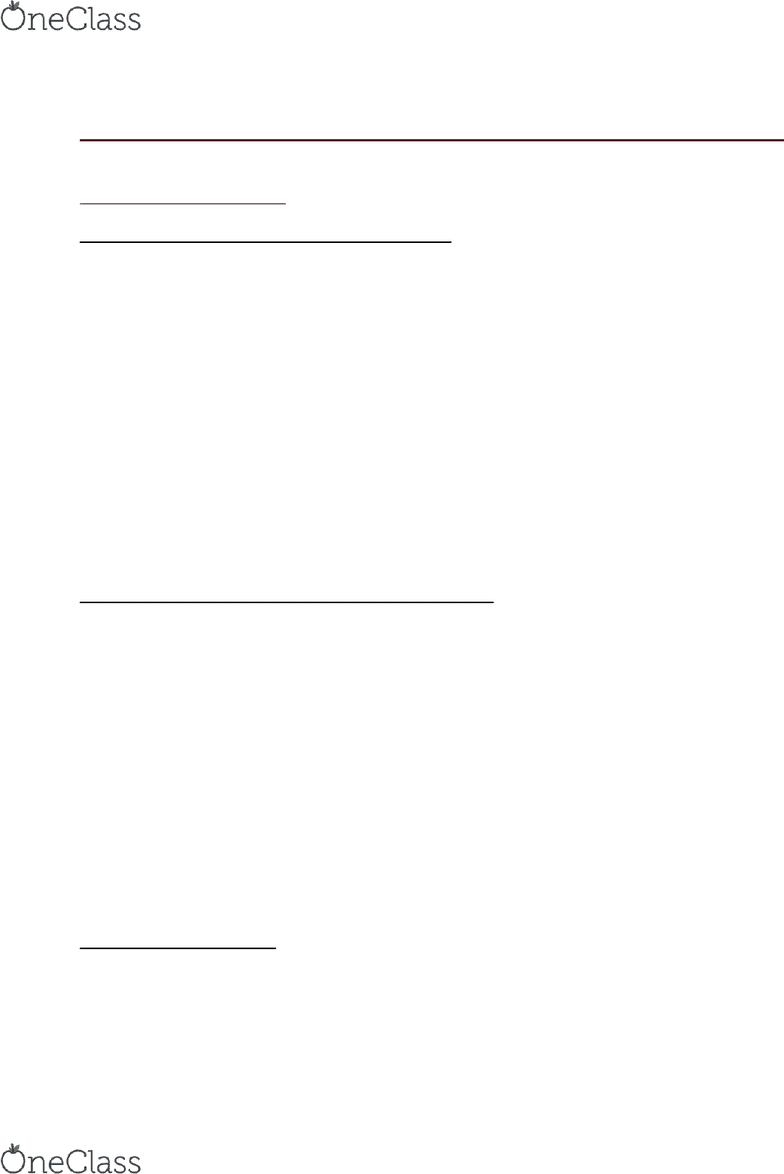 1. Unit 10 Lecture - Psychopaths
What is Pyschopathy?
What do these people have in common?
Ted Bundy
oHe is a psychopath
Ed Gein
David Berkowitz (Son of Sam)
Anders Berhing Breivik
Karla Homolka
Alexander Pichuskhin
They’re all serial killers – total [known] kills: 161
Ed Gein (aka The Mad Butcher or Buffalo Bill)
One of America’s most famous serial killers
Silence of the Lambs killer is based on his character
Gein kidnapped his victims but also exhumed corpses from the local
graveyard so that he could keep trophies from the bones and skin of
these victims
Gein was first thought unfit for trial but after some time in a mental
health facility he was tried in 1968 for the murder of Bernice Worden
in which he received life imprisonment after being diagnosed with
schizophrenia
Alexander Pichushkin
Perhaps Russia’s most notorious serial killer
Was responsible for at least 49 murders; possibly 60
Was a sociable child until he hit his head when he fell off a swing; from
that point on he became aggressive, antisocial and often teased for
being a “retard”
find more resources at oneclass.com
find more resources at oneclass.com
Unlock document

Was badly affected by his grandfather’s death, at which point he
began killing men in the park, and sticking Vodka bottles in their skulls
to ensure they were dead
Also made videos of himself holding children upside down and stating:
“you are in my power now”
David Berkowitz (AKA Son of Sam)
An American serial killer convicted of a series of shooting attacks that
began in the summer of 1976
He confessed to all of them and claimed that a demon possessed his
neighbour’s dog and had commanded him to kill
In 1987 he became a born-again Christian, and asked that from that
point forward he be referred to as the ‘Son of Hope’
In the mid 90s he amended his confession to claim that he had been a
member of a violent Satanic cult that orchestrated the incidents as
ritual murder
He is currently serving 6 life sentences
Anders Behring Breivik
Killed 69 people in a mass shooting at a Workers Youth League camp
Held a far-right militant ideology
On of the day of the attacks, he electronically distributed a
compendium of texts entitled: 2083: A European Declaration of
Independence which call Islam and Cultural Marxism “the enemy” and
argue for the violent annihilation of multiculturalism
What Psychopathy is Not
Serial killers are not psychopaths
Schizophrenic is not psychopathic
oSome schizophrenics are also psychopaths, but no more so than
the general population
find more resources at oneclass.com
find more resources at oneclass.com
Unlock document

Brain damage/lack of cognitive ability is not equivalent to psychopathy
oPsychopathy can occur due to brain damage, but psychopaths
don’t tend to have gross cognitive disabilities
oIf you have brain damage to the point where your frontal cortex
is a “mess” and your cognitive ability is not intact, you are not
psychopathic
oIf brain damage is sufficient to alter one’s ability to understand
right from wrong, they are not a psychopath
Strong emotions does not equal a psychopath
oPerhaps the cardinal characteristic of the psychopath is the lack
of emotional experience
Uncontrollable urges does not equal a psychopath
oThe psychopath can at times be impulsive, but he isn’t fueled by
controllable urges
oA psychopath understands what they are doing and just doesn’t
care
Following auditory hallucinations
oIf he thinks he is “supposed to” undertake his actions, then he is
not a psychopath
oIf there is anything taking you away from the ability to
understand right from wrong, you are not psychopathic
Following satanic rituals
Following religious ideology
oIf they hold that ideology, they probably don’t think what
they’re doing is wrong
oThe psychopath understands right from wrong
A criminal is not a psychopath
find more resources at oneclass.com
find more resources at oneclass.com
Unlock document