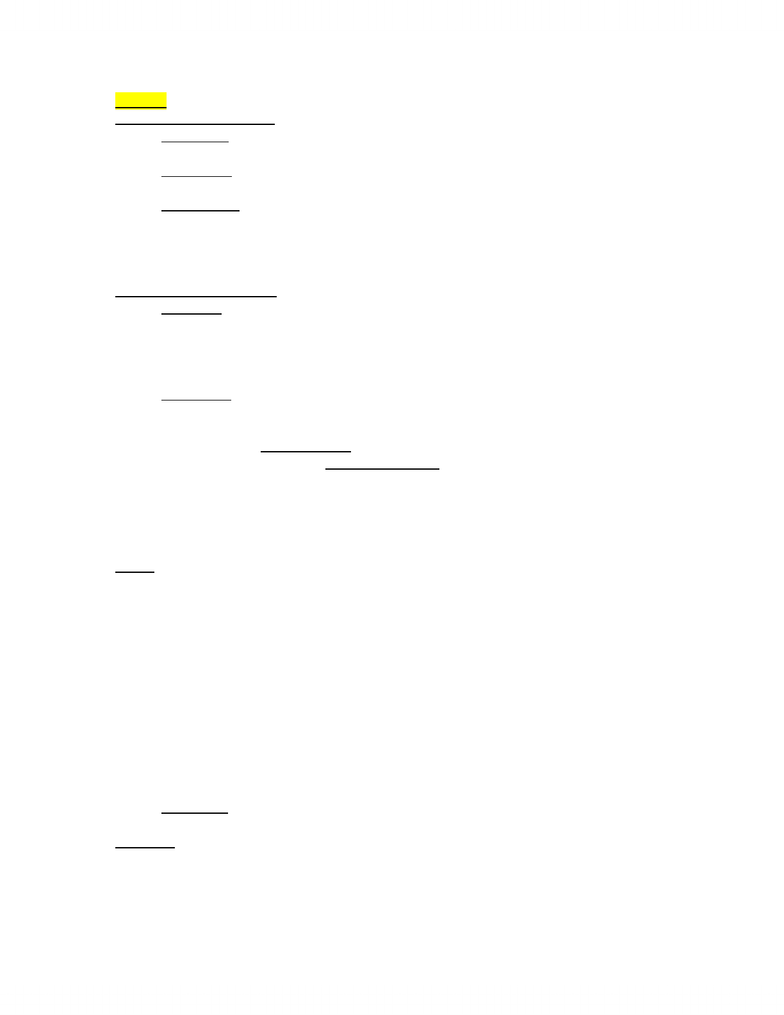 Week 13
Key Properties of Language
- Semanticity: the extent to which a form of communication can meaningfully represent
ideas, events, and objects symbolically
- Generativity: the ability to use a limited number of words and a few rules to combine
words into virtually an unlimited number of sentences
- Displacement: Refers to the ability to use language to convey messages that are not tied
to the immediate context (can use language to communicate about events in the past or
the future or at other location)
o Vervet monkeys do not display this as they can only communicate about the
“here and now” and can not talk about the python they scared off last week
What Comprises Language?
- Phonemes: the minimum unit of language that conveys meaning in a particular language
o About 200 in the world, English uses 45
o Phonological rules govern how phonemes can be combined in a given language
o One month olds can detect phonemes in all different languages but at twelve
month can only recognize them in their native language
- Morphemes: the smallest unit of meaning in language
o Phonemes are combined to from morphemes
o The word fastest contains two morphemes, /fast/ and /ist/
o Fast- is a free morpheme (because it can stand on its own and still have
meaning) and –ist is a bound morpheme (because it must be attached to other
morpheme to have meaning)
o Morphemes are NOT syllables, “happy” has one morpheme, “unhappy” two,
and “unhappiness” three
o Mean length of utterance (MLU) is the average number of morphemes that a
child uses (also important in looking at grammar development)
Syntax
- All languages have syntactical rules (grammar) which are certain principals that allow us
to combine words into phrases, clauses, or sentences
- Syntactical rules are learned implicitly (they can not be described verbally)
- Signaled by word order (very important in English but not all necessarily all languages),
word class, function and constant words, affixes, word meanings (semantics), and
prosody
o Class refers to the grammatical categories (noun, verb, etc.)
o Function words are quantifiers, articles, and prepositions (at, to, the, a, and,
but, when) whereas constant words are nouns, verbs, more adjectives, and
adverbs (apple, rug, went, caught, heavy)
o Affixes are prefixes or suffixes
o Prosody refers to the changes in pitch, stress, and rhythm that accompany
speech
- Pragmatics is the social use of language (talk to a police officer and your friend
differently, irony, sarcasm
Semantics
- “Prince William put the wedding band on Kate’s finger”
- No one is concerned about Kate-s hand under the weight of all those musicians
- Understanding of semantic rules can be attributed to that, and therefore have a great
impact on the compensation of a language
Unlock document 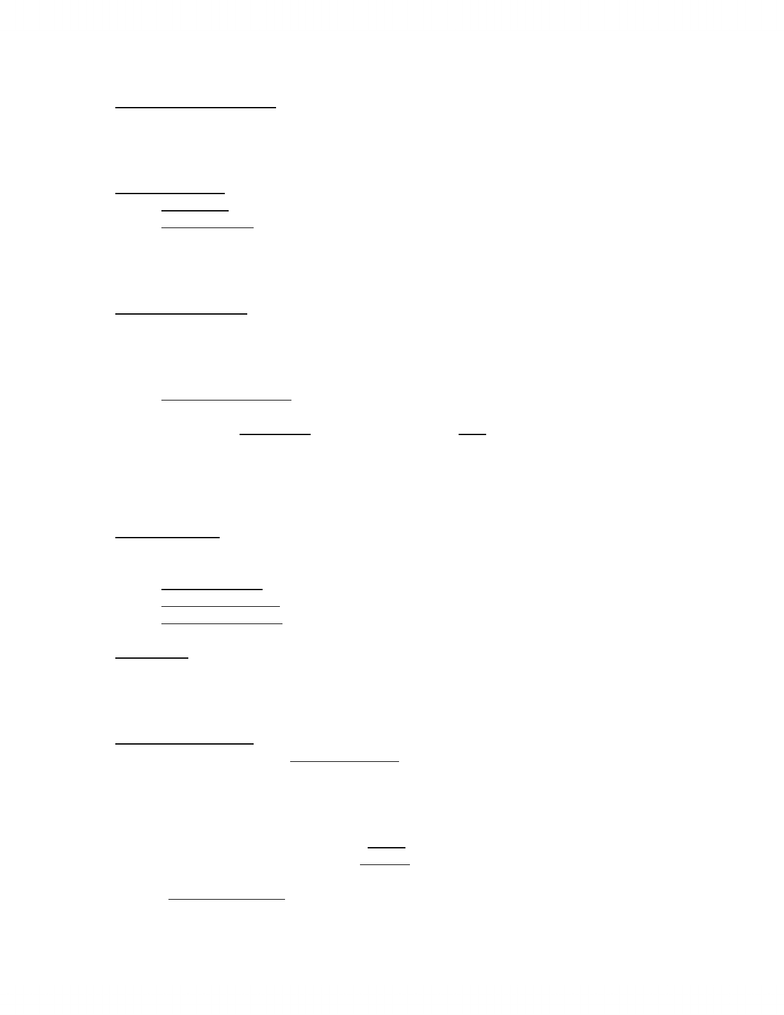 Levels of Language Analysis
- Comprehension of an utterance requires the listener to: recognize the sounds
(phonemes) in the utterance, identify the words in the message and associate them
with their meanings, analyze the syntax of the message, and interpret the utterance in
its context
Speech Production
- Articulators: the mouth and structures that make speech sounds
- Co-articulation: articulators not involved in the current sound are free to “take up
positions” to get ready for the next sound they are involved in
- Speech sounds are not sequentially produced, but the system must anticipate and
accommodate upcoming sounds in motor programming at the same time as current
sounds are being articulated
Categorical Perception
- “Christopher” is a language savant, and converse fluently in 16 languages. However he
has autism spectrum disorder and lacks the skills needed to look after himself. This
suggests that cognition is composed of distinct abilities and that language is somehow
qualitatively different from other abilities
- Categorical perception: language is somehow special and different from other cognitive
abilities
- Our ability to discriminate far exceeds our ability to label. For example, most people
would call all these colours orang. If pushed, you might also suggest tangerine, ochre
and amber‘ but you probably couldn‘t apply those labels with confidence, the way you
can apply the label orange to all of them. However, you can easily tell pairs of these
apart – you can discriminate them.
- The development of categorical perception depends on experience.
Written Language
- A visual symbol system that is imposed on top of an auditory symbol system (oral
language)
- Phonetic reading: sounding out
- Whole-word reading: reading by sight
- Phonemic awareness: analyze phonemes in ways that are not required for language
comprehension
Eye Tracking
- When we view a scene, our saccades are not random – we tend to fixate on the
“interesting” features of the image. “Interesting” depends on both the context of the
scene and out specific interest in that scene (For example, eye movements in the
cafeteria will depend on if you are hungry or if you are looking for your friends)
Language Development
- Child directed speech/infant directed talk (IDT) is characterized by clear pronunciation,
exaggerated intonations, careful distinctions between similar-sounding phonemes,
relatively few abstract words and function words, and a tendency to isolate constituents
- Tends to refer to tangible objects the child can see, to what the child is doing, and to
what is happening around the child
- At around 8-10 weeks infants begin cooing, making their first speech like sounds
- At around 7 months, infants begin babbling, when infants begin to mix consonants and
vowels together
- The Two-Word Stage occurs around 18 to 20 months of age when children start putting
two words together, and their linguistic development takes a leap forward
Unlock document 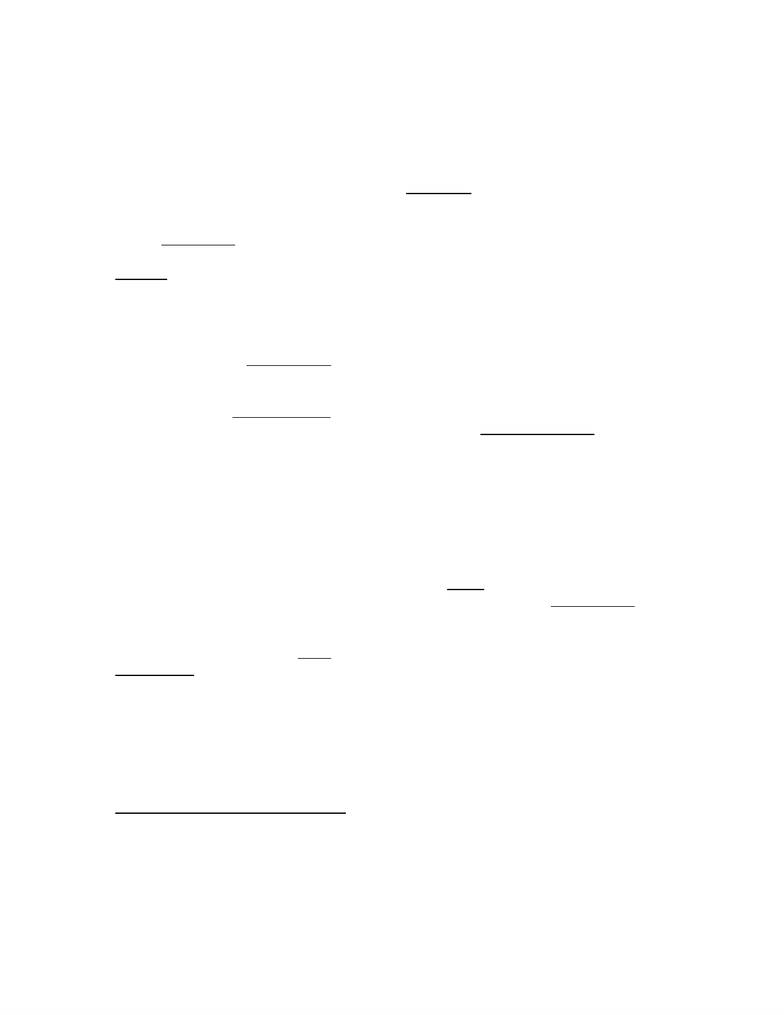 o Grammar of children’s language at the two-word stage appears to be universal
o Young children do not form complex sentences because of their small
vocabulary, because of their limited working memory capacity, and because
their cognitive development has not reached a stage in which they can learn the
complicated rules of syntax
- Children beginning to use words will often overextend words, generalize the words they
know to a wider variety of contexts than is appropriate for those words. For example, a
child might refer to any man he or she sees as dad. Infants at this time also
underextend, in that, for example, the word ball may mean specifically the ball that they
own and not refer to any other spherical toys.
Nativism
- Noam Chomsky was a linguist who proposed that the development of language
encompasses a process simply too complex to be the product of environmental learning
alone.
- Newly formed sentences are represented in the brain in terms of their meaning, which
he called their deep structure
o Represents the kernel of what the person intended to say
- In order to say a sentence, the brain must transform the deep structure into the
appropriate surface structure: the particular form a sentence takes
- Believes children are born with an innate knowledge of universal grammar, the basic
features that are part of all of the world’s languages.
- According to this perspective, there is no learning involved in out early language
acquisition; we have no more control then we do over the growth of our bodies (though
we require exposure to words like the body requires food)
o The fact that the vast majority of people will develop a high competency for
their native language (that no members of any other species are capable of) is a
big point in favor of the nativist point of view.
o This difference between humans and non-human animals may be the result of a
pair of genetic mutations in a gene called FOXP2
- Other evidence for the nativist theorists is found in the existence of critical periods.
Critical periods are times in development during which the brain is extremely responsive
to learning a specific type of knowledge. These seem to occur for language development
in the first years of life (Genie)
Interactionist
- These theorists view language acquisition either as a product of either the child‘s social
environment, or as a learning experience guided by the infant themselves.
- Recognize that there are biological factors involved in language development, but place
much more emphasis on environment and learning than do the nativists.
- View grammar as being a property that emerges from the complexity of a growing
vocabulary rather than the biologically endowed universal grammar supported by
nativists.
Speech Production and Broca’s Aphasia
- The frontal lobes of the brain are responsible for speech production
- Damage to a region to the motor association cortex in the left frontal lobe (Broca’s area)
disrupts the ability to speak
- Characterized by slow, laborious, and non-fluent speech
- Damage to Broca’s area often produced agrammatism: loss of the ability to produce or
comprehend speech that employs complex syntactical rules
Unlock document