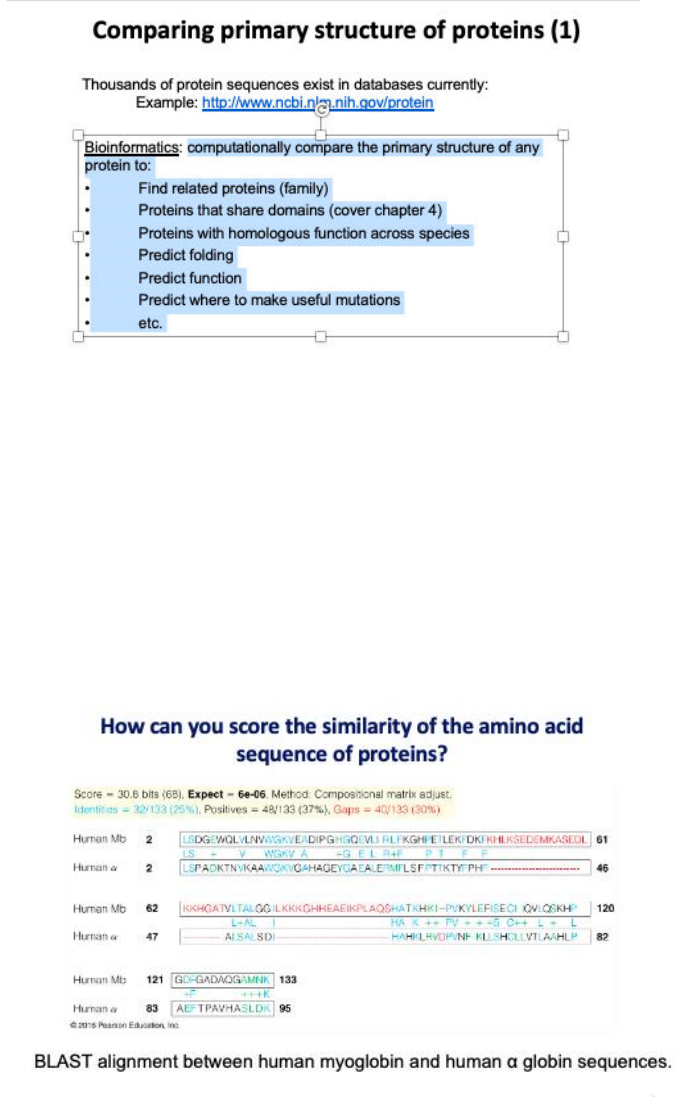 Lecture 8
● Bioinformatics:
○
● Proteins with similar structure & functions can have similar primary
structure
○ Law of evolution – proteins w/ similar structure & functions
■ Proteins are constantly made differently b/c their genes are getting
mutated
○ Similar a.a. = a.a that fall under same classification (ex. (+)ly charged; ex.
Leucince & Valine are similar a.a b/c they’re both non-polar)
■ Can predict that they have similar functions, thus switching Leu to
Val wouldn’t change protein function
● BLAST Alignment
○
○ BLAST alignment between human myoglobin and human a globin
sequences. The sequence of myoglobin (Mb) appears above that for the a
Unlock document 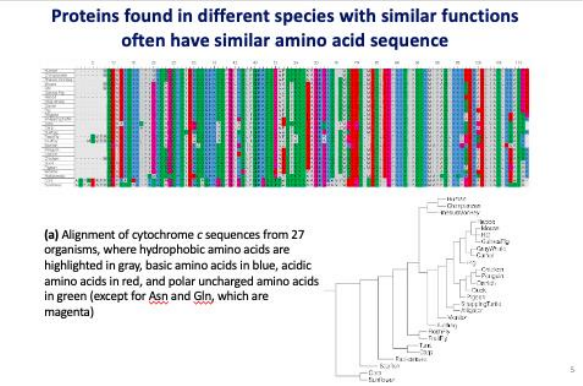 globin. Between them are shown the identical amino acids (blue) and
those that are considered similar (green “+”). Gaps in the alignment are
shown by red text and red dashes. In this alignment there is 25%
sequence identity, suggesting a high degree of structural similarity
between the proteins. The expect score in this case is very low (6 * 10-6),
indicating that the alignment is statistically significant.
■ can find nucleotide-by-nucleotide comparisons between your query
sequence and similar database sequences by alignments
■ E values get larger from top to bottom
● E values for alignments with the human genome are much
larger than they were for the Fusarium redolens sequences.
Recall that the smaller the E value, the more statistically
significant the similarity. This divergence between fungal and
human sequences is expected because of the large
evolutionary distance between these groups of organisms.
■ Other than the genus and species information, top hit sequences
share similar characteristics of rRNA seqeunce & internal
transcribed spacer (ITS)
● structure of ribosomal RNA genes is conserved throughout
all eukaryotes, it is not surprising that there is some similarity
between your query sequence and sequences in the human
genome.
■ normal BCR and ABL genes are located on chromosomes 22 and
9, respectively. The only type of mutation that can lead to the fusion
of genes from two different (nonhomologous) chromosomes is a
translocation
● Proteins found in diff species w/ similar functions often have similar a.a.
Seqeuence
○
Unlock document 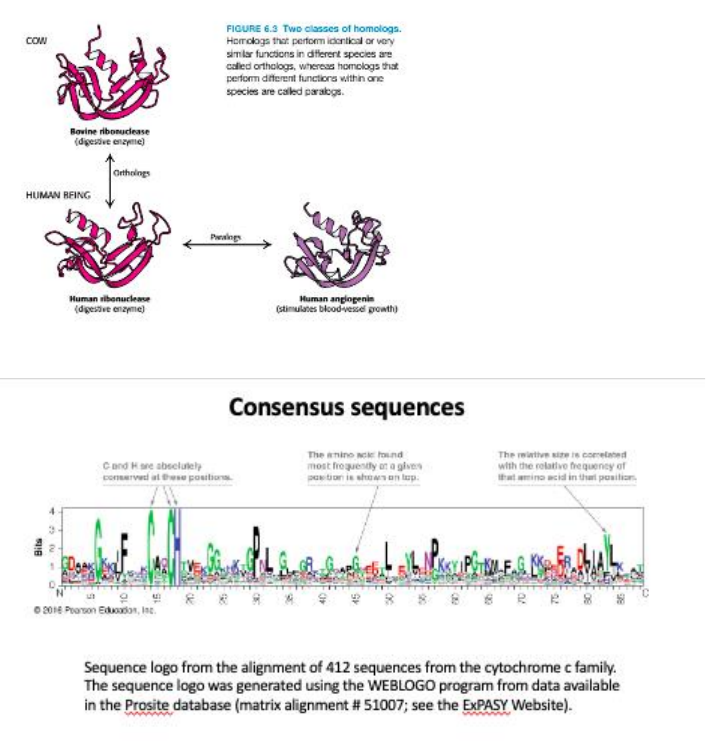