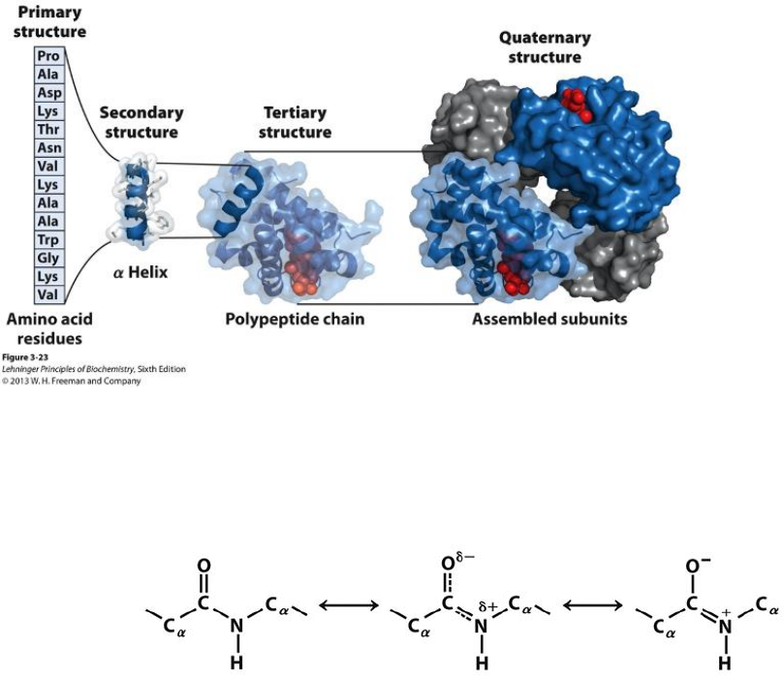 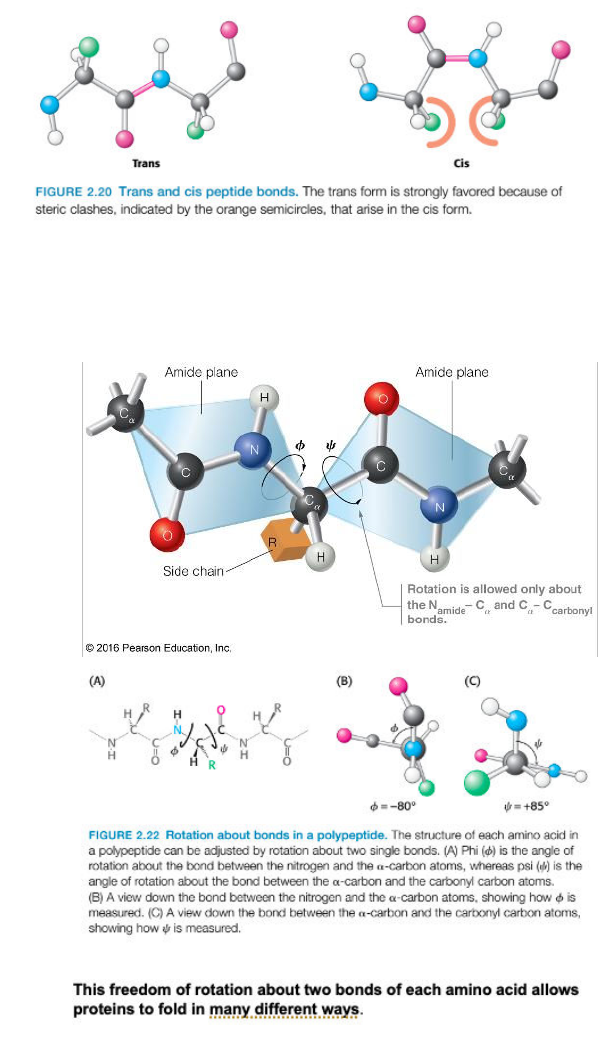 ○
○ Rotation of bonds in peptides is described by two
angles termed ϕ (phi, between N and Cα) and ψ (psi,
between Cα and the carbonyl C). Also ω (omega,
between N and carbonyl C), usually 180 an rarely 0.
■
■
● In contrast with the peptide bond, the
bonds between the amino group and the
a-carbon atom and between the a-
carbon atom and the carbonyl group are
pure single bonds. The two adjacent
rigid peptide units can rotate about
Unlock document 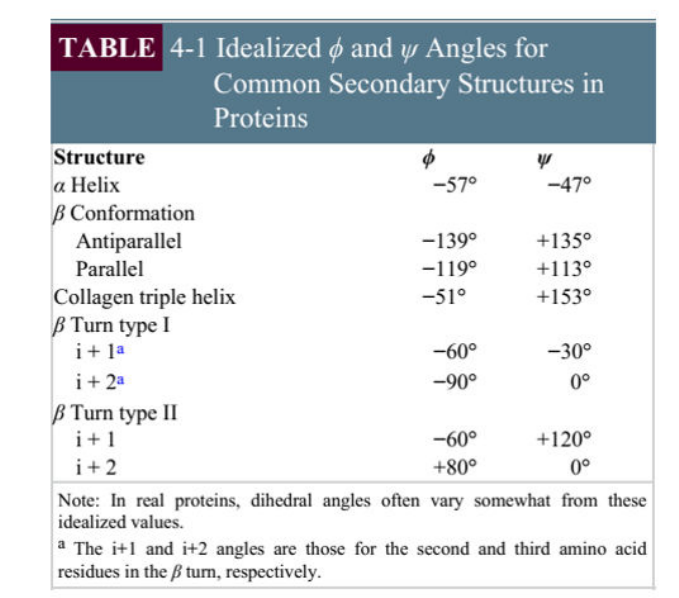 these bonds, taking on various
orientations.
● Structural Components of Proteins
○
■ The subsequent elucidation of the 3D structure of myoglobin and
other proteins showed that the righthanded α helix is the
common form. Extended left-handed α helices are theoretically
less stable and have not been observed in proteins.
■ α helix proved to be the predominant structure in α-keratins. About
25% of all amino acid residues in proteins are found in α helices
■ Alanine shows the greatest tendency to form α helices in most
experimental model systems.
● Are all combinations of 𝜙& 𝜓 possible? Not all values are possible w/o
collisions b/w atoms
Unlock document