GENDER AND ECONOMY
Bascha Posh Movie
More freedom, more autonomy
Society really shapes your gender identity
The four girls/ women you meet in the movie (in order of appearance):
1. Shabina
Mother disguise her because the streets are unsafe for girls
She can do alot more now as a boy, going out on the streets alone and working
Father is handicapped and that’s why Shabina is a bascha posh
Street name is a boy name
Boys bothers girls on the streets
Changes at home to her true self when her work is over
Burden to be born a girl in Afghanistan because of religion
2. Jack
Feel good in men’s clothes: can shop and drive
Live in fear that people will know that she is a girl
Didn’t have a son in the family
Contrary to Islam, tolerated until puberty and have to convert back
The streets belong to the men
Jack can take her cousin out shopping in the streets and it’ll be safe cause they think that she is
her cousin or brother
Wanted to kill herself when father beat her to convert back
Likes to be independent and can only do so as a bascha posh
Does not participate in domestic chores
Gave up the thought of marriage and possibly the idea of love
Not a lesbian (does not like girls)
Has sisters that is married, feels alone sometimes
But does not want to marry because she prefers this life
Not alot of people know about Jack’s identity
3. Mariam
14 years old, does not want to convert back
wears veil to go to school, restriction, she is living a lie
Changes into her sport clothes and a cap on her short hair
Don’t have many girl friends, only true friends know her identity
Can travel with her sports team cause her parents allow her to do so as a boy
Other girls on the team cannot do so
Embodied most of the typical boy characteristics: courageous
find more resources at oneclass.com
find more resources at oneclass.com
Unlock document

Still a girl behind close doors, but play the brother role
Has european clothes, likes wrestling
One day she too will have to become a woman and be married, her days are numbered
4. Naid
Society forces her to change back into a girl
People don’t judge or insult her anymore but she doesn’t like the lack of freedom
Confident when she was a boy, free
Men have the power in this society
Used to play soccer as a boy, now she does it as a rebellion/act of courage
Sports ground for women are fenced and barbed and away from prying eyes
Can expose legs to play soccer as a boy
Her life has been reduced to her home as a girl now
Parents seperated, became a bascha posh to be the man of the house
Would choose to be a boy if she was reborn b/c of the society injustice between men & women
Wants to work in the political field or become a lawyer
Dreams that she is not allowed to pursue as a girl
Detest marriage, but mom wants her to get married because no father or brother to provide for
her
Questions to keep in mind when watching the movie:
1. Why do it? Why do some girls become Bacha Posh?
2. What privileges do the girls have as Bacha Posh?
3. What problems do the girls face as Bacha Posh?
4. What pressures do Bacha Posh face at puberty? From whom?
5. How does life change once a girl stops being Bacha Posh?
6. How does Jack feel when she visits Europe?
“Gender equality is smart economics” Burgeoning amount of research that shows “gender
equality is good for business”
Gender Inequality: the differences between women and men due to gender, and the resulting
differences in power (money, status, influences)
Gender Equality: refers to parity between women and men; neither sex faces discrimination or
injustice due to gender; don’t expect differences in power
Egalitarian society: p. 136 in GCCP: “The rights, privileges, constraints and degrees of
personal autonomy of both sexes are largely congruent throughout the life course, even though
they are not perfectly symmetrical. This is a hallmark of a gender egalitarian society, a society
that tends toward equality.”
How do you measure worldwide gender in/equality?
find more resources at oneclass.com
find more resources at oneclass.com
Unlock document 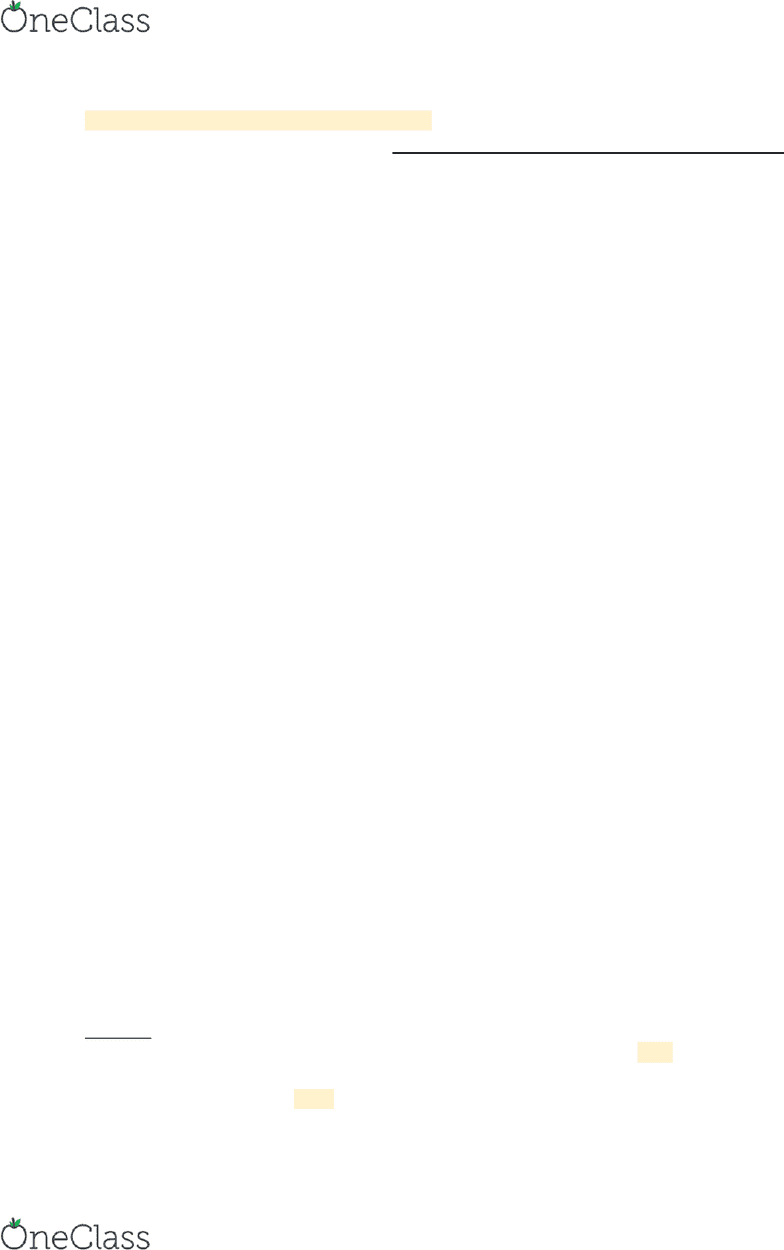