Developmental Psychology Lecture and textbook notes covering all of developmental psychology from prenatal to adulthood; includes cognitive and social development in the stages, the detailed theories of Jean Piaget, Erik Erikson and Lawrence Kohlberg, as 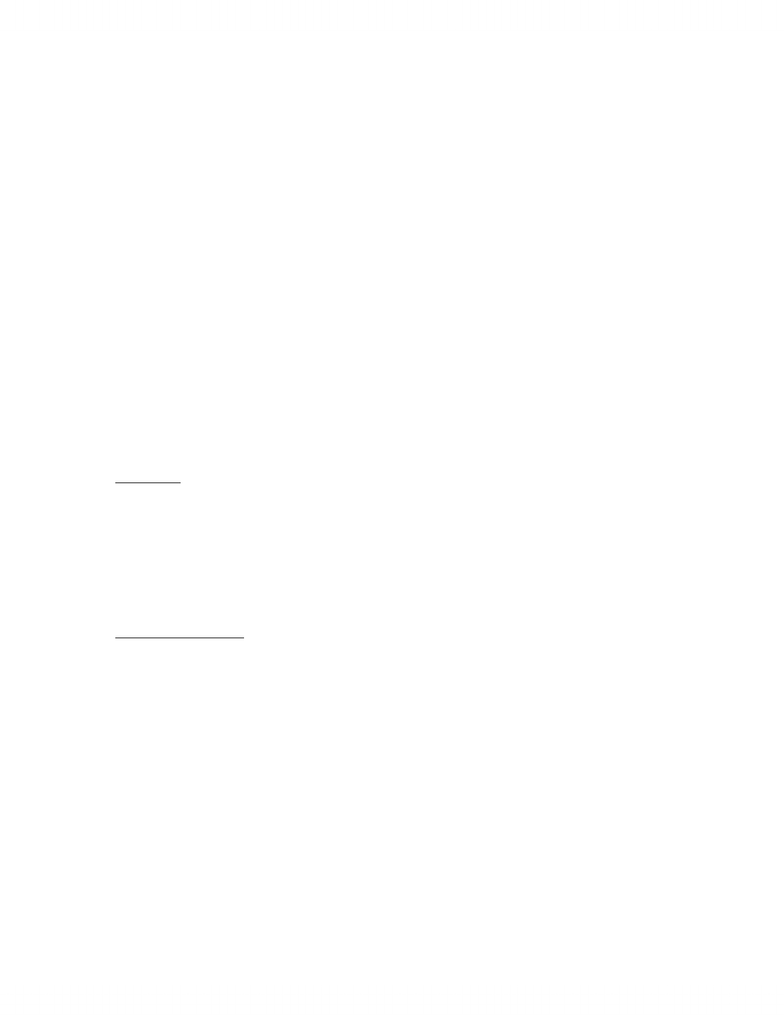 Developmental Psychology
October-19-10
9:37 AM
 Developmental Psychology: The branch of psychology that studies physical, cognitive and social
change throughout the lifespan
o How a child learns to walk, how a teenager learns morality, how one learns to interact with
others
 A way of studying psychology through development
 Much of the research centers on three issues:
o Nature/nurture: how do genetic inheritance (nature) and experiences (nurture) influence
development?
o Continuity/stages: is development a gradual, continuous process, or does it precede through a
sequence of stages?
o Stability/change: do early personality traits persist through life, or do we become different
persons as we age?
Prenatal Development
October-19-10
9:43 AM
Conception
 Starts when a woman's ovary releases a mature egg. Women are born with all the immature eggs
they will ever have while men start producing sperm at puberty.
 200 million plus sperm race toward the egg, the few that make it release digestive enzymes that eat
away at the egg's protective coating. Once one sperm begins to penetrate, the egg's surface block
out all others.
 Within half a day, the egg nucleus and sperm nucleus fuse
Prenatal Development
 During the first week, cells begin to specialize in structure and function; they begin to differentiate
 Fewer than half all fertilized eggs (zygotes) survive beyond first two weeks.
 Ten days after inception, zygote attaches to mothers uterine wall. Zygote's inner cells become the
embryo.
 Over next 6 weeks, organs begin to form and function, heart begins to beat
 9 weeks after conception, it is now a fetus.
 Responsive to sound by 6th month
 Placenta transfers nutrients and oxygen from mother to fetus. Tries to screen out potentially
harmful substances
o Teratogens, drugs and viruses, can get by
o Fetal Alcohol Syndrome (FAS); caused when mother drinks heavily while pregnant. Symptoms
include small disproportioned head and lifelong brain abnormalities.
Zygote: conception to 2 weeks
Embryo: 2 weeks to 8 weeks
Fetus: 9 weeks to birth 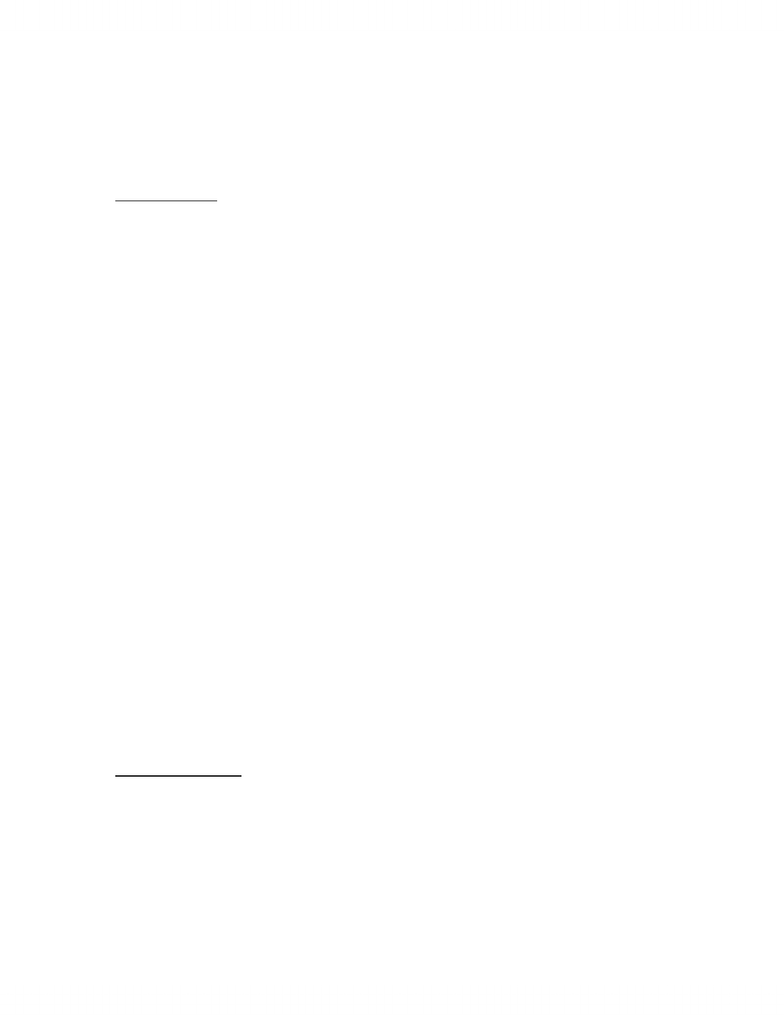 Newborns
October-19-10
9:47 AM
Newborn Abilities
 Lots of reflexes
o Rooting: tendency when touched on the cheek to open mouth and search for nipple, then
engage in complex sucking
o Morrow: tendency when startles to reach hands up and grip
o Sucking, tonguing, swallowing, breathing
 Social preferences: look to voices and prefer face like displays; prefer displays at 8-12 inches
 Able to recognize mothers smell at 7 days, voice and face at 21 days
 Habitual Illustration
o Habituation: decrease in responding with repeated stimulation; developmental measure used
to determine what an organism that cannot speak senses or thinks by measuring decreasing
responsiveness with repeated stimulation. Renew attention to slightly different stimulus.
o Look at simple stimuli for longer on the first display but shorter on the 8th display. Test with
exactly the same stimulus. Rotate the stimulus, child with look 3X longer that the original;
shows they must be remembering and recognizing that they've seen one before.
o Used novelty preference procedure to ask babies how they recognize cats and dogs. Showed
infants series of images of cats or dogs, then a hybrid image. Babies spent most time looking
at the hybrid animal with opposite face to what they were shown. Shows that we focus first
on the face, not the body
 Prefer sights that facilitate social responses
 Preferential Looking: developmental measure to determine what an organism that cannot speak
senses or thinks by measuring where they look. Ability to discriminate
 Innate: what is innate in a child?
o Basic safety concerns?
o Gibson and Walk created the 'visual cliff'. Conclusion: fear of falling is not innate. When they
cannot crawl, they don't have a fear of falling. When they start crawling, walking, they develop
their sense of fear of falling
Infancy and Childhood
October-20-10
2:21 PM
Physical Development
 Brain development:
o Billions of nerve cells formed while in the womb, but not neural connections
o Ages 3-6, rapid growth spurt in frontal lobe enables rational planning. Helps explain why
preschoolers display a rapidly developing ability to control attention and behaviour
o Association areas (linked with thinking, memory and language) are the last cortical areas to
develop. Fiber pathways supporting language and agility proliferate, and during puberty the
pruning process shuts down excess neural connections and strengthens others 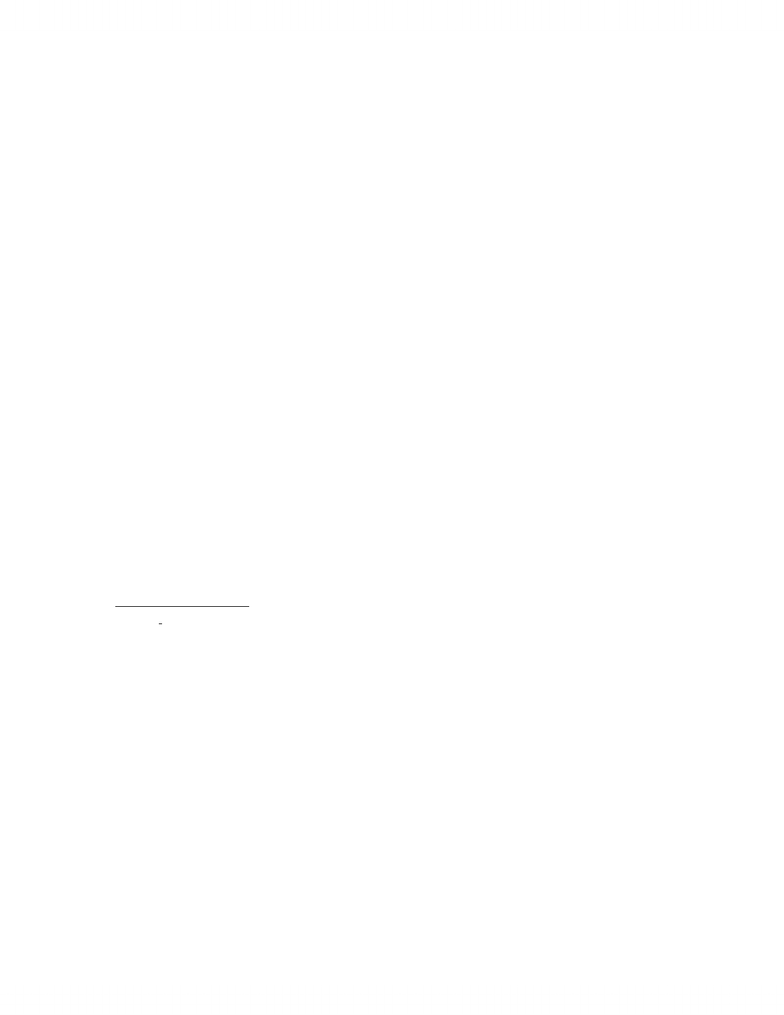 o Sequence of biological growth processes called maturation. Decrees commonalities - standing
before walking, walking before running. Deprivation or abuse can retard development.
Genetic growth tendencies are inborn. Maturation sets basic course of development,
experience adjusts it.
 Motor development
o As muscles and nervous system mature, more complicated skills emerge
o Sequence of physical motor development is universal; babies roll over before they sit
unsupported, crawl before they walk
o Individual differences in timing; 25% US babies walk by 11 months, 50% within a week after
their first birthday, and 90% by 15 months
o Infant back-to-sleep position reduces SIDS, but may delay crawling
o Genes play a major role in motor development; identical twins begin sitting up and walking on
nearly the same day
o Maturation, including rapid development of the cerebellum, creates readiness to learn
walking at age 1. Experience before that time has limited effect. Also true for physical skills
like bladder and bowel control
 Infant memory
o Infantile amnesia: inability to remember the first few years of our lives (roughly from birth to
3.5 years)
o Into adolescence, the memory areas of the brain (hippocampus, frontal lobe) continue to
mature
o Although we consciously recall little from before age 4, our memory was still processing
information; tethered a child's foot to a mobile and the baby learned that if it kicked, the
mobile would move. They retain this information for up to a month, but only include the
mobile they learned it on, not unfamiliar ones.
o 10 year olds shown photos of former classmates, asked to identify. Only successfully identified
1 in 5, but physiological responses were greater to former classmates whether they
consciously recognized them or not.
Cognitive Development
 Studied by Jean Piaget
o Began by studying own children. Looked at what they were able to do at various ages
o Developed a stage theory; children go through stages in which they are capable of doing some
things only after they reach a certain stage.
o Epistemology: philosophical study of that nature of knowledge
o Focused on what children can't do
o Childs mind is not a mini model of an adult's. Children reason differently in illogical ways about
problems whose solutions are self evident to adults. Go through stages of development in
reasoning, trying to make sense of their experience in new ways
o Belief that child's mind develops through a series of stages, upward from newborn's simple
reflexes to adult reasoning power
o Driving force behind intellectual progression is the struggle to make sense of our experiences.
Maturing brain builds schemas, which are concepts or mental molds that we use to organize
and interpret information
 Assimilate new experiences into current understandings (schemas); interpreting new
experiences in terms of existing schemas. As we interact with the world we
accommodate our schemas to incorporate information provided by new experiences.

Developmental psychology: the branch of psychology that studies physical, cognitive and social change throughout the lifespan: how a child learns to walk, how a teenager learns morality, how one learns to interact with others. A way of studying psychology through development. Starts when a woman"s ovary releases a mature egg. Women are born with all the immature eggs they will ever have while men start producing sperm at puberty. 200 million plus sperm race toward the egg, the few that make it release digestive enzymes that eat away at the egg"s protective coating. Once one sperm begins to penetrate, the egg"s surface block out all others. Within half a day, the egg nucleus and sperm nucleus fuse. During the first week, cells begin to specialize in structure and function; they begin to differentiate. Ten days after inception, zygote attaches to mothers uterine wall. Fewer than half all fertilized eggs (zygotes) survive beyond first two weeks. embryo.