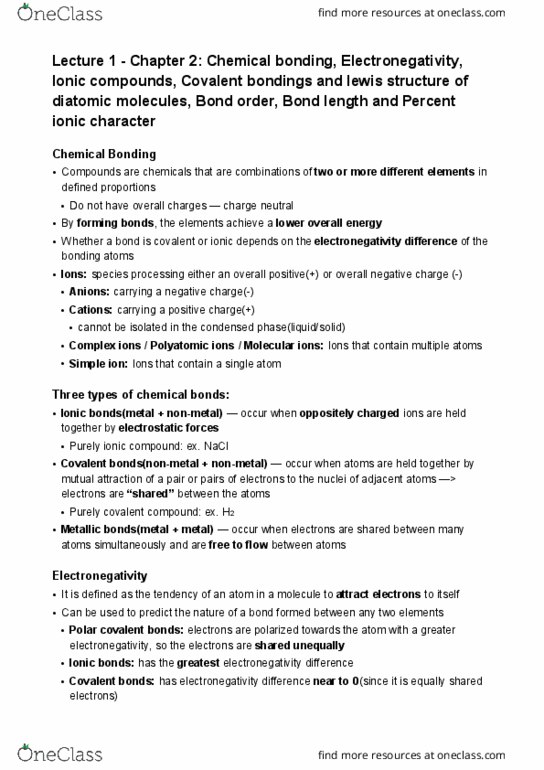 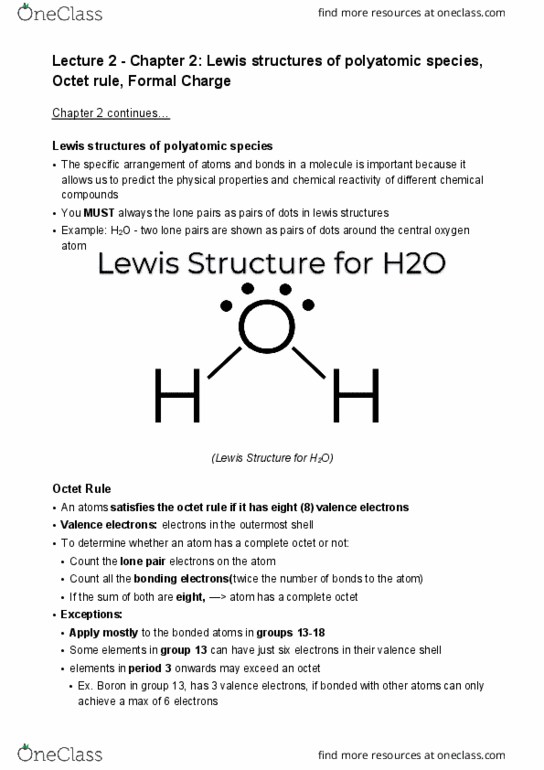 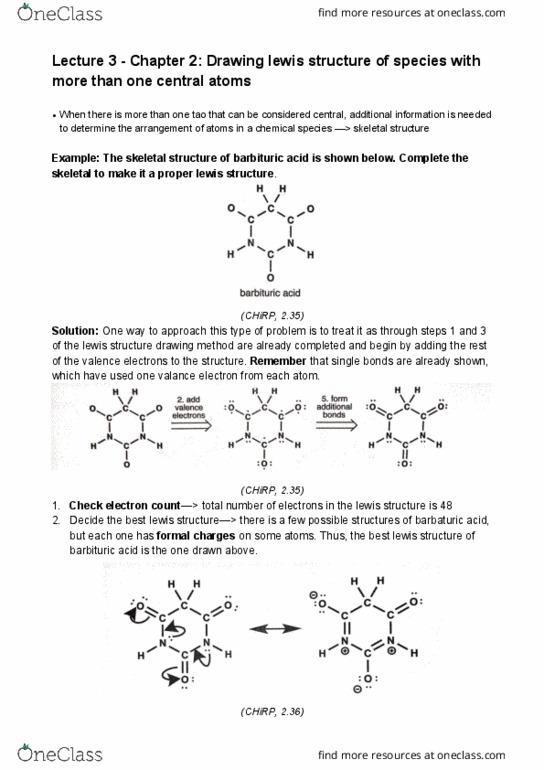 Principles of Chemistry: A Molecular Approach

1. First you need to find the number of valence electrons inNH2Cl2. For counting purposes with Lewis

structures, the number of valence electrons in an atom of a maingroup element is equal to the last digit

in the group number of that element in the Periodic Table.

2. The model consists of balls and sticks. How many holes shouldbe in the ball you select for the N atom?

paired, and each stick represents a valence electron pair. Howmany sticks do you need? ____________

3. Assemble a skeleton structure for the molecule, connectingthe balls and sticks to make one unit. Use the

rule that N atoms form three bonds, whereas Cl and H atomsusually form only one. Draw a sketch of

for hydrogen atom balls, which need and can only have one).(Each atom in an octet rule species is sur-

rounded by four pairs of electrons.) How many holes remain to befilled?____________ Fill them with

the remaining sticks, which represent nonbonding electron pairs.Draw the complete Lewis structure for

NH2Cl using lines for bonds and pairs of dots for nonbondingelectrons.

Question 2. white phosphorous has the chemical formula P4(s). A P4 molecule has 20 valence electrons. Draw a Lewis formula for a white phosphorous molecule in which none of the atoms violates the octet rule and the formal charge on each atom is zero. There are no pi bonds in the structure.