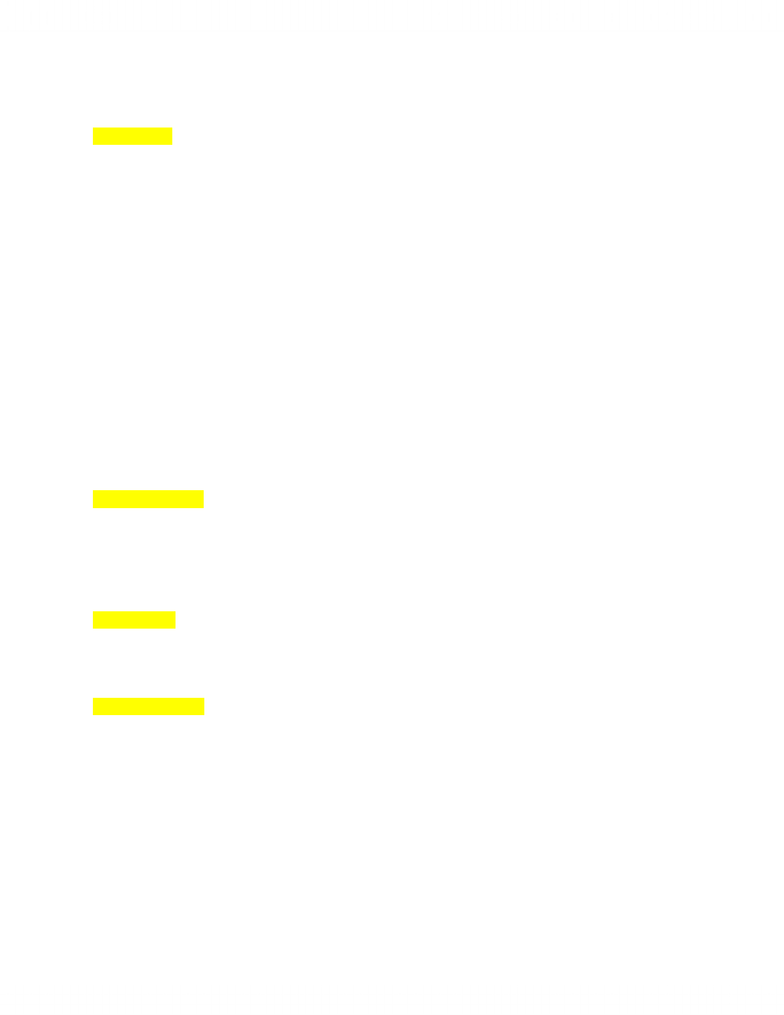 Stanford Prison Experiment (p.313):
Four quotes at the beginning of the essay: introduce main themes and ideas of the
essay.
1. What you desire is something that you may not necessarily REALLY want, but if you’re
told that you can’t have it, you want it all the more. What you really want is in some
way determined by the situation that you find yourself in. What you want is socially
determined.
2. Why is it that when power is exerted over another person, it’s usually to force them to
do something they don’t want to do rather than to try and help them along and
encourage them.
3. The prison is not simply built to keep bad guys in, but also to hide what goes on inside
in the prison from the outside world. IMPORTANT
4. Prison is not simply a place made out of metal and concrete, it can also be a
psychological situation as well and that’s what Zimbardo explores.
(First few paragraphs, setting the scene.)
The process of becoming a prisoner, the idea that if you become a prisoner, you don’t
just go to jail; you have to go through a sort-of process that marks you as a prisoner. The
process: “… stripped naked, skin-searched, deloused and issued a uniform, bedding,
soup and towel.”
Thesis statement in a “nut-shell”: An experimental mock prison, created by social
psychologists to study the effects of imprisonment upon volunteer research subjects.
 Zimbardo is going to focus on both sides (prisoners and guards)
Next question Zimbardo tries to tackle: “Why not just go into a real prison? Why go
through the bother of setting up a mock prison?”
First Reason: Because you can’t be objective, prisons are dangerous places, can’t go
wander around prison cells, showers, exercise yard… Constantly, led under the watchful
eye of the guards, they will let you see certain things and won’t let you see other things.
Can’t get the overall snapshot of what goes on in a prison.
Second Reason: Important distinction. In a real prison, you don’t know who already has
perhaps a mental illness, you don’t know who may already have psychological
problems, controls, issues or know who may be healthy or unhealthy, both mentally or
physically. Can’t control for any of that. The experiment wants to find out the effect
that the prison has on the individual, they have to try and control for the situation. Need
to be able to say, “Who is already unwell, who is already unstable?” You can’t tell what
the prison environment is doing to a person like that, because it could be their
underlying mental conditions. Have to find a way of separating that out. Can’t control
who’s in prison for what, and what conditions they have, so need to set up a mock
prison to effectively measure the effect of prison on an individual.
How does he control his experiment?
Unlock document 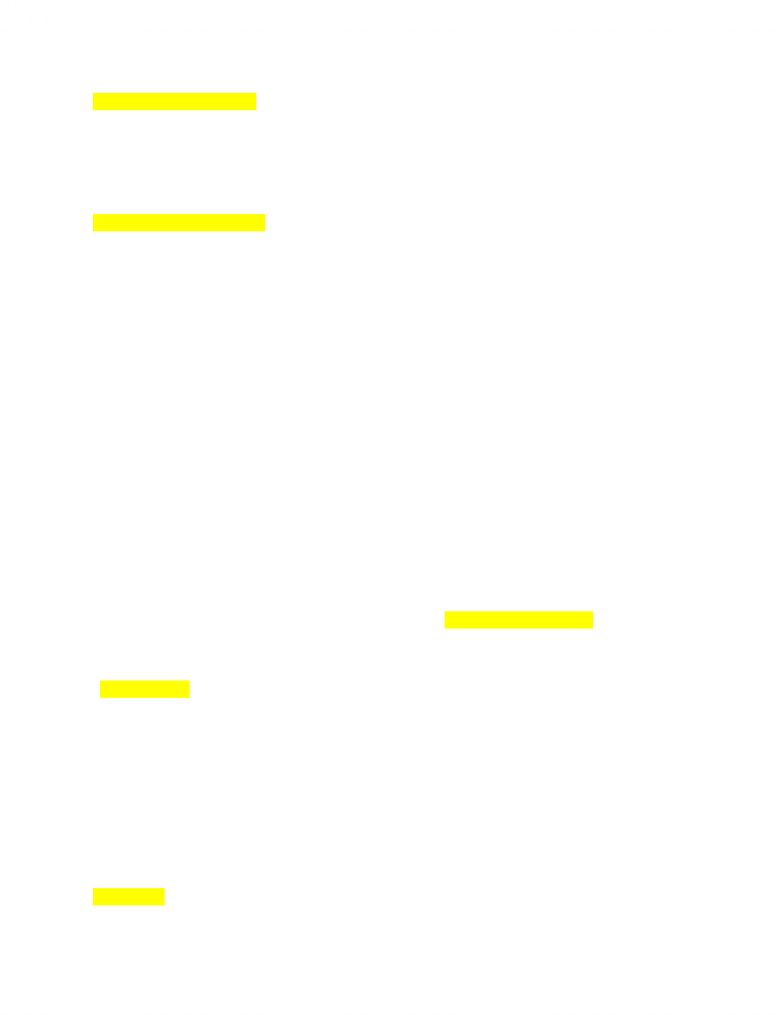 1. Screen the volunteers for “normal-average” people, all the people with the
underlying issues, problems, and illnesses are weeded out, screened out, and taken out
of the picture. (Very important) In other words, everything that happens in the
experiment, every change in behavior, and every change in personality is the result of
being in the social situation, and not due to underlying factors.
Experiment takes place in 1973, and volunteers getting paid $15 for their participation.
2. Randomized Selection: “Flip of a coin,” shows that the selection of who is going to
become a guard, who is going to become a prisoner is randomized; to make both
groups as equal as possible. Both groups are identical, so any change in behavior is a
result of the social environment into which they are employed. 10 prisoners, 11 guards
Two-weeks planned experiment; however, does not get that far for important
reasons discussed later.
Zimbardo, who is carrying out the experiment, is in the experiment, part of the
experiment. This is going to be a problem.
 Zimbardo should have asked a colleague to look over the entire experiment
OR stepped out of the experiment himself and hired a “superintendent”
How to Reproduce the Psychological Effects of Imprisonment?
In this important section, Zimbardo lays out what he tried to do in order to reproduce
the psychological effects of imprisonment. He’s up against various problems; there are
certain things he can’t do in his mock prison (later discussed). The major problem is that
the experiment is supposed to last two-weeks maximum. “How can you produce the
same feelings of a person in prison in somebody who knows that they are getting out in
two-weeks?” Zimbardo has to try and mimic certain psychological effects, and they
way he does that is very interesting… A simulation.
Zimbardo and his team look not only at prisons, but concentration camps that tend to
become horrific places. He sees the sort of parallel between a prison and
concentration camp.
“Emasculated,” to have your manhood removed, synonym for castration. The way he
tries to reproduce this in prisoners is very interesting.
Some things they simply couldn’t reproduce in the mock prison (ie. rape, racism,
physical brutality). In many ways, the experiment has to reproduce some of these
effects without actually going near those kinds of things.
Important point, because Zimbardo will talk about a prison as a sort of place where the
human conception of time is interrupted. What he seems to mean is that, when you go
to prison, who you were in real life beforehand doesn’t matter anymore (ie. who your
friends were, who your relationships were with, your family).  Can’t take that to the
prison with you. Your identity up to that point is essentially gone. This is why the start of
anonymity is what Zimbardo talks about, you have to sort of win and create yourself
Unlock document 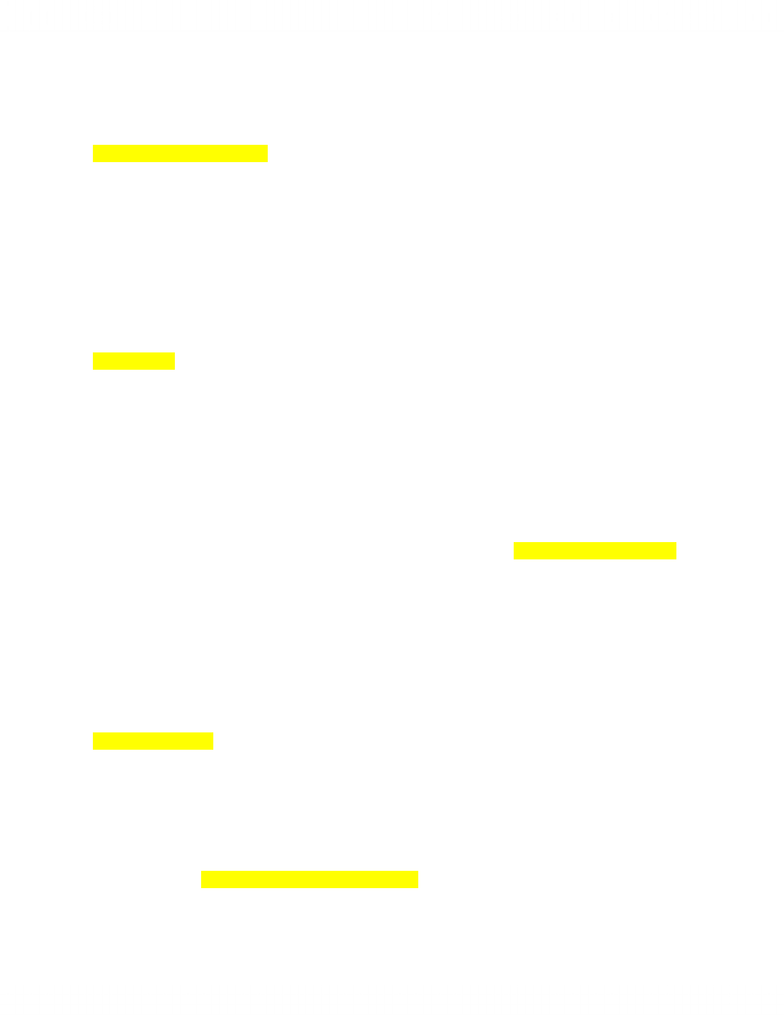 anew in a very complex and tough environment. Your sense of your past can’t come
with you. Time and anonymity come into tangle with each other, as we will see later…
Emasculate & Anonymity: Nylon stocking caps, hide hair colour, strip away any
identifying features (a first step in doing that). Smocks, used to reproduce
emasculation, so the male prisoners had to wear dresses (no underwear on
underneath), so forced to move in ways more feminine. What Zimbardo suggests here is
that what we take to be femininity is in large part due to the dress, how a dress makes a
person move, and makes femininity. He says, “you can be a man wearing a dress and
you will start to have more feminine gestures and actions.” Doesn’t dwell into too much
detail, but is interesting how clothes really shapes how a person moves and of course,
gender is a very important way in which people tend to separate each other out.
Clothing has a lot to do with femininity.
This childlike dependency then, also goes back to feeling of helpless. They reproduce
helplessness in the prison by making them ask for everything. They can’t do anything
without getting permission and because they are treated like children, then they start to
feel helpless.
In sum: emasculated by wearing feminine clothing, anonymzyed by losing their names
and their hair colour, and individuality, and child-like part. The way they try to
reproduce these sorts of feelings in the prisoners.
The Smell
The smell is important; Zimbardo is pointing this out because he is suggesting that the
guards were willing to put up with the smell, because it was a marker of their authority.
By denying the prisoners the ability to clean their toilets out, that meant that they were
showing their power as guards. Their role as guards and the power they feel overcomes
the feeling of disgust that they might have and a really bad smell in the prison.
Zimbardo drops in these details that are actually very telling about the situation.
The Dislocation of Time
Zimbardo is saying, who you were in the past doesn’t matter when you go to prison,
what your future is going to be doesn’t really matter; your stuff in the now is what’s
important. The way he tries to reproduce this in the mock prison is by having a
windowless prison, they don’t know what time of say it is. Clever way of reproducing the
sense that time gets dislocated.
Boredom of Guards
The guards in the prison got bored; they had to fill their time up, by turning the 10
minutes of the count into something that lasted for hours. They had the power to make
the prisoners perform, because they were bored. Boredom turns the guard into
individuals who create really disagreeable tasks. Boredom of guards is an important
point.
Unlock document

What you really want is in some way determined by the situation that you find yourself in. Important: prison is not simply a place made out of metal and concrete, it can also be a psychological situation as well and that"s what zimbardo explores. (first few paragraphs, setting the scene. ) The process of becoming a prisoner, the idea that if you become a prisoner, you don"t just go to jail; you have to go through a sort-of process that marks you as a prisoner. The process: stripped naked, skin-searched, deloused and issued a uniform, bedding, soup and towel. Thesis statement in a nut-shell : an experimental mock prison, created by social psychologists to study the effects of imprisonment upon volunteer research subjects. Zimbardo is going to focus on both sides (prisoners and guards) Why go through the bother of setting up a mock prison? . Can"t get the overall snapshot of what goes on in a prison.