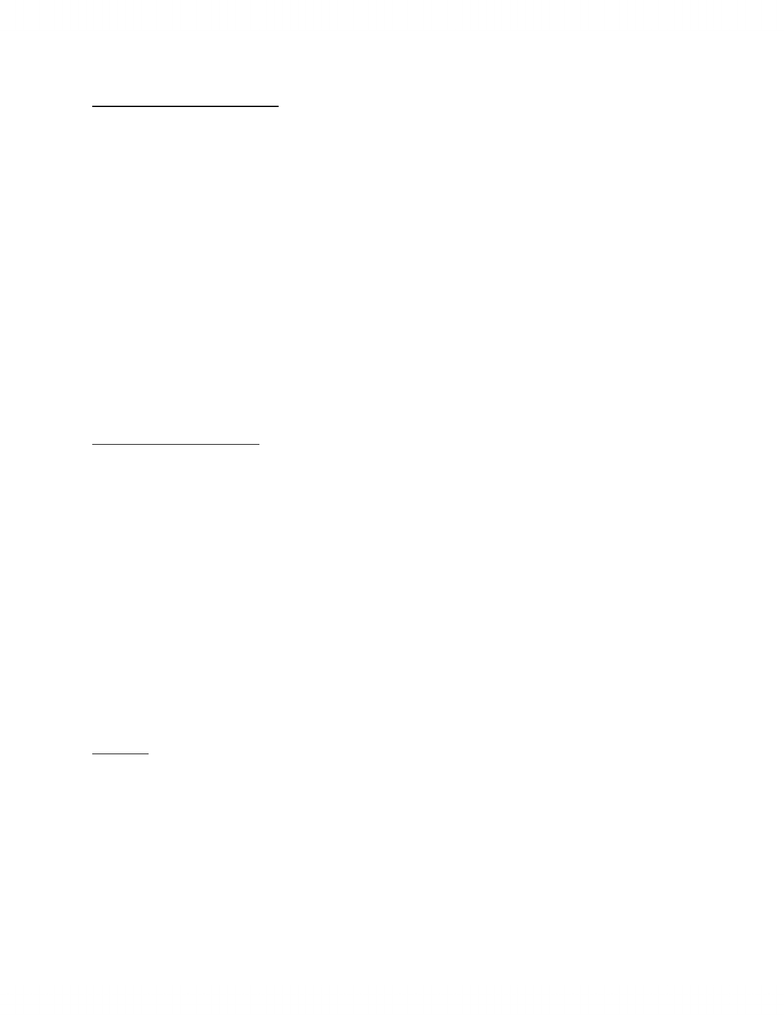 TOPIC 9 REVIEW – VACCINES
 What happens when you get sick?
- initial symptoms are mild, but you become sicker (may even get a fever). Eventually the symptoms become less
intense, and sooner or later the patient is healthy again
- what if you could skip the sick part? – premise for vaccines!
- during infection, microbes try to eat us. Without defences, the microbes win.
- We live in a microbial world where the human body is under constant attack, but the immune system
defends us
- in the case of gangrene, the bacterial infection may take over the body part and it has to be removed
How Immune System Works
 Immune system uses many weapons:
- Poisons
- defensins
- complement
- Antibodies
- immobilize invaders
- selectively destroy invaders
- Macrophages
- specialized cells to eat foreign cell
- specialized cell to kill infected cell
Branches of the Immune System
 Innate immune system provides an immediate response
- non-specific response
- all cells are targeted
- immediate maximum response
- innate immune system responds to damage
- tissue damage causes the damaged tissue to release of cytokines (signalling chemicals to deal with
damage). The cytokines lead to inflammation (redness, swelling) and recruit leukocytes which destroy the
invading microbes
- inflammation makes for these kinds of cells to have easier access to site requiring action
 NON-SPECIFIC RESPONSE!
 Adaptive immune system
- Differences from innate immune system:
1) Highly selective (response is selective)
- only invading cells are targeted
2) lag-time between exposure and maximum response
- 2 – 3 days
- immune system retains a memory of the infection
- next time same microbe invades, the response is immediate and strong
Antibodies
 Antibodies are the key recognition devices
- Y shaped molecules, have “sticky” surface which sticks to epitopes (30 atoms wide)
- Immune system recognizes tiny part of pathogen
- body makes many different antibodies
- each antibody is unique (will only “stick” to specific molecule)
- antibody production is random
- cannot store large amounts of antibodies therefore you make small amount of many different types
- no way to know which microbes will invade
- body stores small amounts of as many different antibodies as possible (made randomly)
- manufacture large quantities only when needed
Unlock document 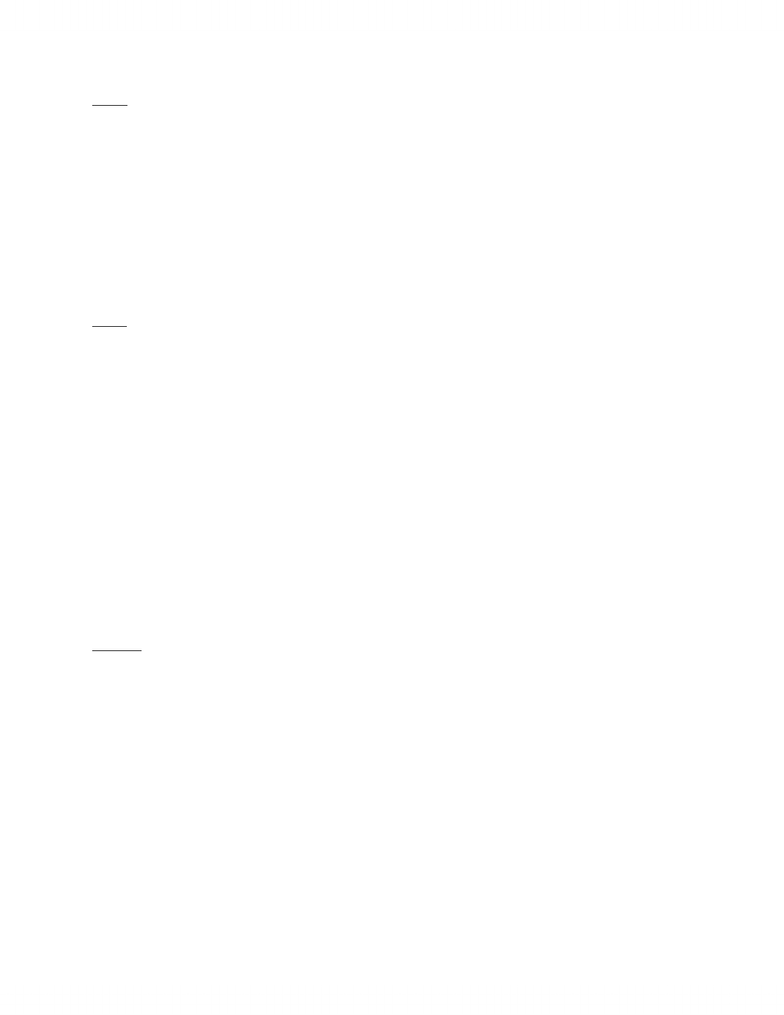 B cells
 B cells carry antibodies
- each B cell carries a different antibody (Each B cell “recognizes” 1 epitope)
- Body carries many different B cells
- don‟t know in advance which ones are important
- store small amounts of each B cell
- recognize as many epitopes as possible
- immune response triggers replication of specific B cell
- “amplified” B cells target the invaders
- after infection, you generate memory cells (some B cells become memory cells)
- as you get older, our body contains more memory cells
- less than 5% of B cells in a newborn are memory cells
- more than 50% of B cells in an adult are memory cells (adults have experienced more infections over
time)
T cells
 viruses live inside cells and escape B cells
- to get at these, you need T cells!
 Body makes T cells to destroy viruses
- infected cells “display” parts of viruses
- viral protein fragments on MHC receptors
- Helper T cells send the kill signal
- Killer T cells recognize MHC display on the infected cell and kill the cell
- these two kill signals (by helper and killer T cells) provide a failsafe
 viral infection triggers replication of specific T cells
- some T cells become memory cells
- memory cells give you immunity
- next time microbe invades, you get an immediate and specific immune response
- microbes are killed quickly before infection develops
- because of this, you don‟t get sick for the 2nd infection!
 most diseases only infect once
- how do you get the memory without the sickness? ... VACCINES!
History (Getting to Vaccines)
Smallpox
 Smallpox (variola)
- had 20 – 40% mortality rate
- smallpox disfigured 70 – 80% of survivors (if a child had smallpox, likely they would have scars for life)
 variolation was practised by many cultures
- developed in Ancient Egypt and India
- realized that if you got sick once, you‟d never get sick agan
- variolation = from the little pustules formed by smallpox on the skin, you collect some pus on the sharp end of a
knife and inject it into someone else so they can get a milder form of smallpox and become protected
- many kids who had smallpox would die, but if done this way, likely they would get a milder form and not die
- brought to England by Lady Montagu
- she visited India in the 1600s, and instituted this practice in England
 Edward Jenner (1749 – 1823)
- he found a safer version of variolation
- he noticed that milkmaids (people who worked with cattle) were immune to smallpox in an affected area
- the milkmaids would get cowpox, which causes a mild infection (like chickenpox)
- after the milkmaids recovered, they had immunity from smallpox
Unlock document 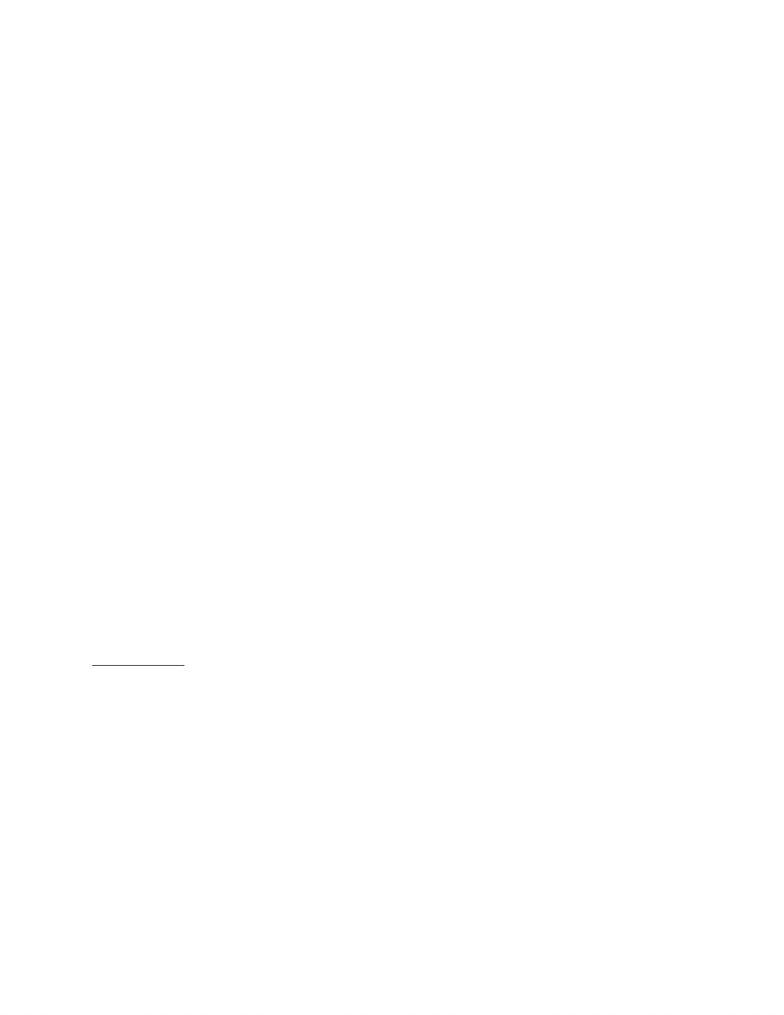 - Jenner realized this could be a safe way to protect people from smallpox!
- Experiment: inoculated children with cowpox, and after cowpox infection, he exposed them to smallpox virus
(which he got from infected smallpox people)
- Jenner could the cowpox from a cow named Blossom (hide was kept and is displayed in St Michael‟s
Medical College in England)
- children attained immunity in a much safer way
- instead of variolation, this was called VACCINATION
- it took a while for society to buy into this (approx. 40 years)
- Overall
- vaccination  inoculation with a weaker form of the virus
- variolation  inoculation with the virus at full strength
 Vaccination was an incredible success
- safer because cowpox is not a human disease, therefore doesn‟t cause a severe infection
- variolation worked but great risk of full-blown case of smallpox
- so successful that by 1900, smallpox levels became very low in industrialized countries
- smallpox was eradicated by industrialized countries in 1950
- remained endemic in developing countries
- people were not vaccinated
- World Health Organization initiated in 1966 a program to eradicate smallpox (financed mostly by the US)
- tried to vaccinate everyone (new method – vaccine gum – was developed)
- last case of natural smallpox was 1977
- person in Somalia was the last person to get smallpox naturally
- Smallpox is currently only found in two places:
1) Centre for Disease Control (Atlanta)
2) Soviet Union kept samples of material (in case US used it as a biological weapon)
- if born in an industrialized country before 1972, you got a vaccination scar
- scar is created from the needle used: in order to be effective, cowpox had to be aggressively introduced
(gap made in skin then cowpox was added)
- note a scar is not created for any other vaccination!
- Cowpox vaccine “stimulated” smallpox virus
- cowpox virus  mild disease immune response  immunity from smallpox (memory cells)
- Jenner was lucky to find cowpox
- cowpox virus causes mild disease
- cowpox virus has similar molecule structure to smallpox (therefore antibody works against both)
- unique situation – but this worked for smallpox only!
Beyond Smallpox
 Serious illness in livestock – Anthrax
- very dangerous for cattle – bacteria found in the soil. This can be very dangerous for those who raise cattle
- Pasteur “attenuated” anthrax bacteria by heating
- weakened bacteria (has to be at right temperature for bacteria is alive but weakened)
- caused mild infection
- Pasteur realized that one dose did not provide full immunity, since not enough memory cells were created
- Pasteur therefore used a second “booster” shot
- weak bacteria did not stimulate immune reaction, second injection produced more memory cells
- booster shots are now often used with attenuated viruses
- Attenuated vaccines use disease microbe
- treat with heat or chemicals (less virulent)
- however, small risk of severe infection because attenuation was not efficient (either bad batch or weak
immune system, but this chance is like winning the lottery)
 Polio virus
- about 1% of polio virus is paralytic
- however, because of the high numbers of people contracting this, you ended up with 50,000 cases
Unlock document