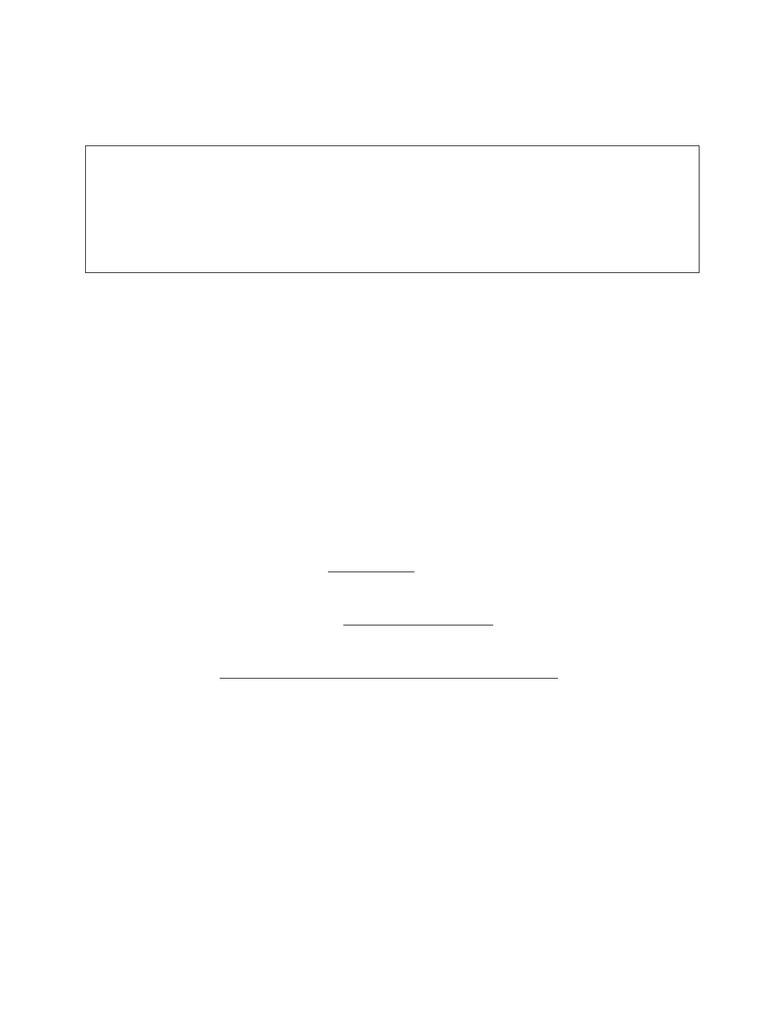 Sept. 20, 2007 Lecture 4 BGYA01
In the last class we were talking about DNA replication.
Clicker question
An origin of replication
a) occurs at the end of the double stranded DNA
b) has two RNA primers/origin
c) occurs in the interior of the double stranded DNA
d) has one RNA primer per origin
e) answers b and c are both true
We know that DNA replication is initiated at origins of replication (which are in the interior of
the double stranded DNA molecule) and that replication proceeds bi-directionally from the
origin. Figure 11.13, page 244 and homemade figure all
Bidirectional replication creates a growing replication bubble, but the textbook is lazy and only
shows events for half of the bubble – one replication fork.
We also know that the first nucleic acid synthesized at the origin is actually RNA. An RNA
primer is made for each fork (ie two RNA primers per origin). homemade figure frame d and
Figure 11.16, page 246
Once the RNA primers are laid down at the origin, things go smoothly on one half of each fork.
For each fork Figure 11.18, page 247- One newly synthesized strand has the correct polarity to
readily continue replication from the original RNA primer; each time a nucleotide is added on,
there is a free 3’OH group on that nucleotide to add on to.
We call such a newly created strand a leading strand.
We also say DNA is create 5 to 3 (from the 5’ end to the (growing) 3’ end.
For this terminology the reference is the newly synthesized DNA.
As helicase continually opens up the DNA helix of this fork, replication occurs continuously on
the leading strands. We say replication on the leading strands is continuous.
The other portion of the same fork (the one that uses the antiparallel strand of DNA as the
template) has a more difficult time. Why?
It is because that region has a template, but no free 3’OH group (to add onto) in the direction the
fork is opening. ). textbook figure 11.18, page 247 top panel So at the moment no replication
can occur there (study guide replication figure, part D
Instead replication lags on this side of the fork until the DNA helix gets more opened up. We
call the strand that will eventually be made on this portion of the fork, the lagging strand.
If you look at the homemade figure you should be able to see that there are actually two leading
and two lagging strands per origin of replication.
www.notesolution.com
Unlock document 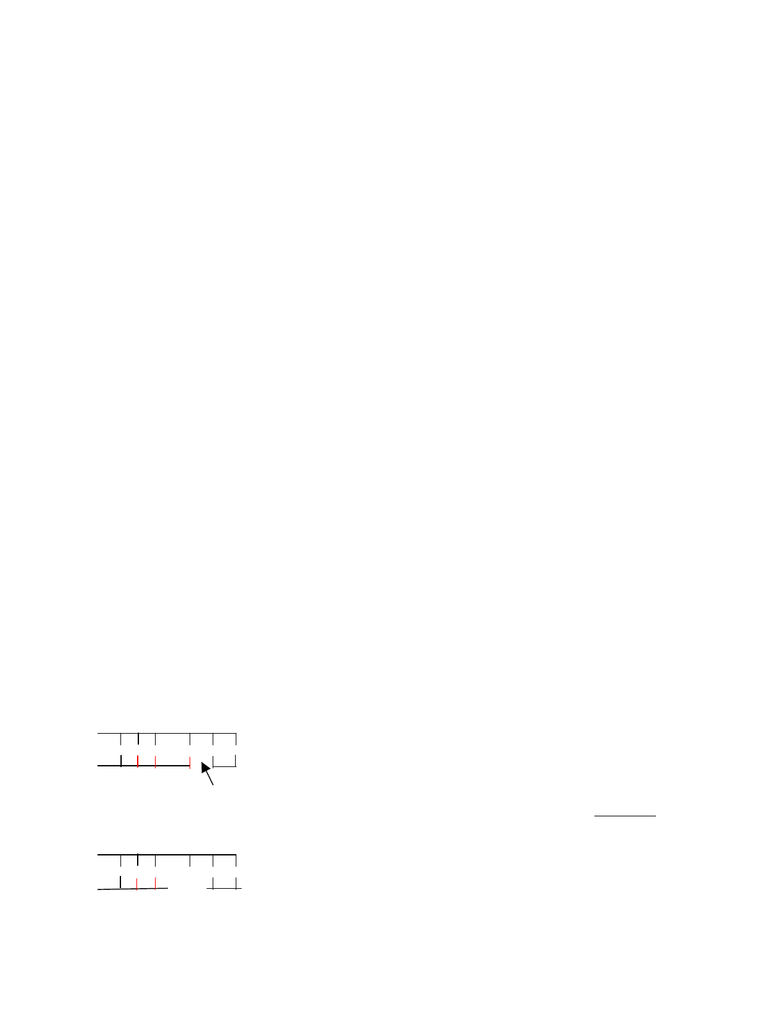 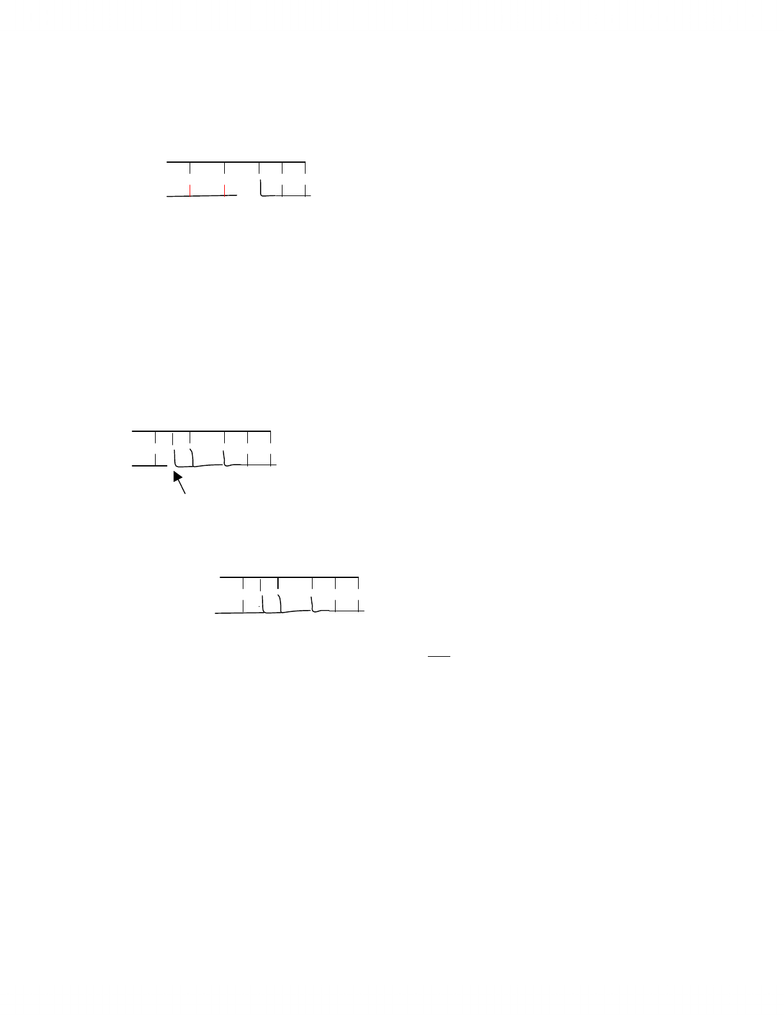 As it chews off one ribonucleotide off the primer, it has a bit of room and it adds one
deoxyribonucleotide onto the 3’OH of the DNA strand.
5 3
3 5
Next it proofreads, and if it made a mistake it chews off the new nucleotide from the 3’ end (this
is referred to as its 3-5’ exonuclease function.
DNA polymerase I continues doing this until all of the ribonucleotides of the primer are gone,
and all the deoxyribonucleotides have been added. (study guide replication figure, compare
region near origin in F and G ).
But because RNA was removed from the 5’ end, and DNA created at the 3’ end, there is one
missing phosphodiester bond (at arrow) . (A nick is the name we give to a site where only the
phosphodiester bond is missing). Figure 11.19, page 247 third panel
5 3
8. An enzyme called ligase creates the last phosphodiester bond to link the replacement
deoxyribonucleotides to the rest of the DNA. (it gets rid of the nick) (study guide replication
figure, compare region near origin in G and H ) & (Figure 11.19, page 247 fourth panel).
5 3
3 5
This completes what we need to know about events at one replication fork, and from your
studyguide figures you know that we actually have two forks originating from each origin.
Figure 11.17, page 246 reminds us that lots of proteins are working together to get replication
done.
Now in our figures we have been thinking of the DNA staying still, and the proteins and
enzymes moving past the DNA (e.g. Figure 11.17 & Figure 11.13 left side page 244). But
scientists are now beginning to accumulate evidence that it might be that the proteins and
enzymes may all be at one site (called a replication complex) and the DNA may actually be
threaded past the replication complex. (as seen in Figure 11.13, right side).
Now let’s think of another complexity of DNA replication.
Most of the figures in the text only show small segments of the double stranded helix - only a
100 or so nucleotides.
www.notesolution.com
Unlock document