BIOB50Winter2012 Lecture 18 includes images and the required sections from the text!.docx 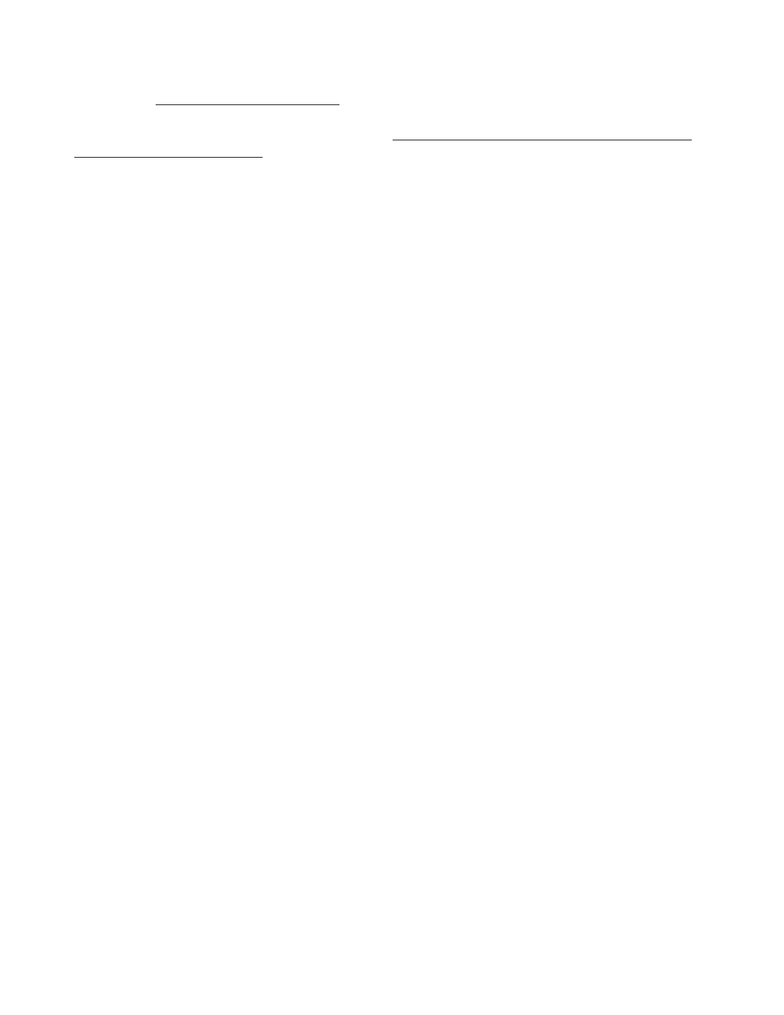 1
BIOB50Winter2012 Lecture 18 (Chapter 18): Species Diversity in Communities
 Recall the Competitive Exclusion Principle: two species that use a limiting resource in the same way
cannot co-exist.
 Joseph Grinnell first used the term niche in 1917 as: no two species of birds or mammals will be found to
occupy precisely the same niche.
 Paradox of the plankton. Paradox: so many species diversity despite the limited number of resources
available. How can so many species co exist using the same set of resources?
 G.E. Hutchinson proposed solutions to the ‘paradox of the plankton’. They are heterogeneity,
fluctuations/disturbances, and grazing/enemies.
Community Membership
 Species richness differs among communities due to variation in regional species pools, abiotic
conditions, and species interactions.
 Glacier National Park Montana. There is a patchwork of very distinct communities, each with unique set
of species compositions and species richness. However, some instances of species moving between
communities (i.e. amphibians); but the communities are highly distinct.
 No one process is responsible for the distribution and abundance of species; rather, dependent on three
interacting factors. These factors act to both include and exclude species from a given community.
 Figure 18.4. Regional Species pool is the first cut to the community membership. Regions of high
species richness tend to have communities of high species richness because the role of dispersal in
supplying species to communities. Reiteration: regions of high species richness tend to have communities
of high species richness because dispersal supplies species to communities.
 Figure 18.4 (A). Species that can disperse to the community pass through the first filter. The regional
species pool provides an upper limit on the number and types of species that can be present in a
community. The importance of dispersal can be seen in cases of non-native species invasions. A non-native
example is one where humans are the vector of dispersal (ballast water from ships) and zebra mussels
(invasive no-native species) in the great lakes region were carried over by ballast water in ships. Ballast
water from ships is water inside the ship that they push back out that came from the ship.
 Figure 18.4 (B). 2nd filter: abiotic conditions. Species that can tolerate the abiotic conditions in the
community pass through the second filter. A species may be able to reach a community but be
physiologically unable to tolerate the abiotic conditions of the environment. Some abiotic constraints are
obvious (e.g., fish on land, or more subtle; a lake might not support organisms that require fast flowing
water). Example: Ballast water species, non-native species find themselves in coastal waters that may not
have the temperature, salinity, or light regimes they need to survive or grow.
 Figure 18.4 (C). 3rd filter: species interactions. Species restricted by and/or dependent on particular
species interactions in the community pass through the third filter. The final cut requires coexistence with
other species. For species that depend on other species for growth, reproduction, or survival, those other
species must be present. Species may be excluded from a community by competition, predation,
parasitism, or disease.
Unlock document 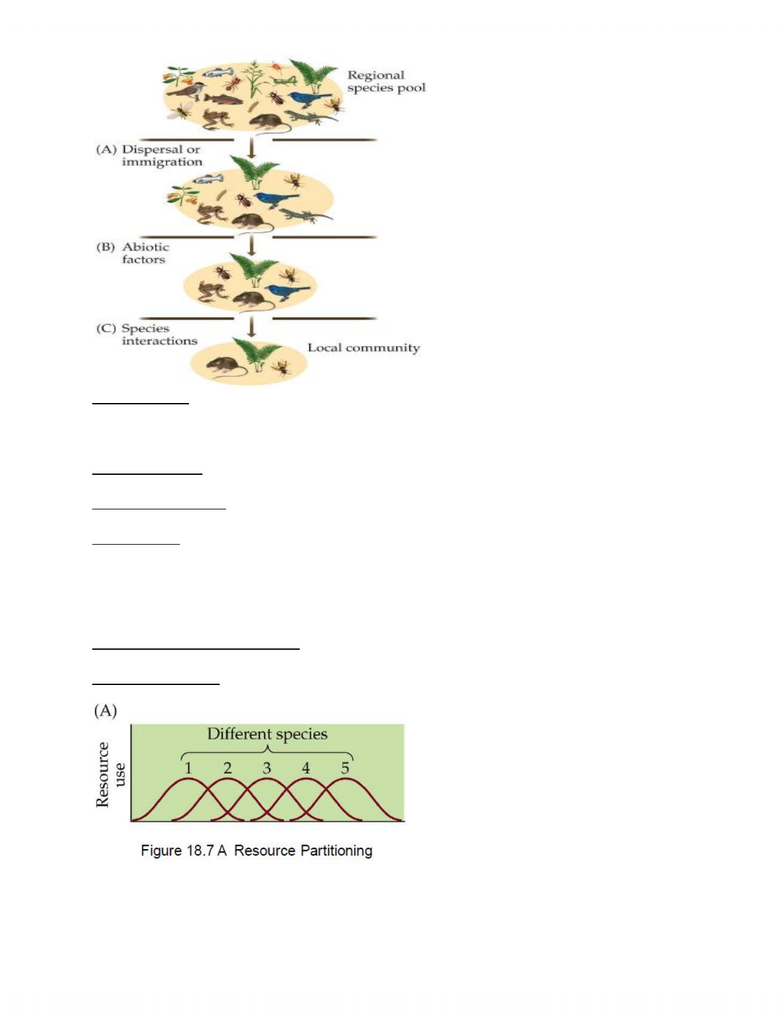 2

 Biotic Resistance: interactions of the native species in a community with non-native species that exclude
or slow down the growth of those non-native species. Example, native herbivores and disease and
competition for those resources can reduce the spread of non-native plants.
 There are three schools of thought what controls community diversity:
 Equilibrium Theory—ecological and evolutionary compromises lead to resource partitioning. (resource
partitioning)
 Nonequilibrium theory—fluctuating conditions keep dominant species from monopolizing resources.
(intermediate disturbance hypothesis)
 Neutral Theory—species do not differ and diversity patterns are a product of dispersal, speciation and
demographic stochasticity. (lottery model)
Equilibrium Theories
 Resource partitioning among the species in a community reduces competition and increases species
richness. ****************************
 The competitive exclusion principle: two species that use a limiting resource in the same way cannot
coexist.
 Resource Partitioning—competing species are more likely to coexist when they use resources in
different ways.

Unlock document 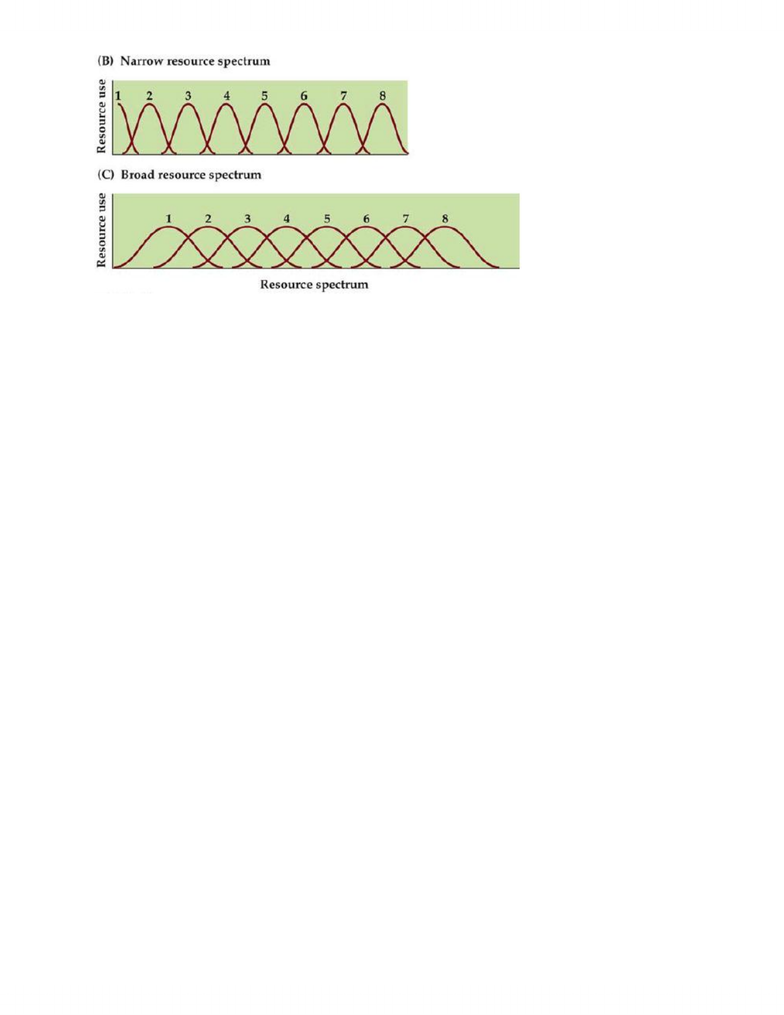 3

 Figure 18.7 Resource Partitioning. Species coexistence within communities depends on how the
species divide resources. (A) The principle of resource partitioning along a resource spectrum. (B,C) two
characteristics of communities that can result in higher species richness. Each curve represents the
resource use of a different species in the community. (B) Species richness could be high because species
show a degree of partitioning along the resource spectrum- more species can be “packed” into a
community. If overlap in resource use is low, less competition, therefore higher species richness. Could
be from evolution of specialization or character displacement. (C) Species richness could be high because
the resource spectrum is broad – greater diversity of resources available to be used by a wider variety of
species, resulting in higher species richness.
 MacArthur (1958) looked at resource partitioning in whole communities. He recorded the feeding
habitats, nesting locations, and breeding territories of 5 species of warblers to find out how they might
coexist in the face of very similar resource needs. He found that warblers were using different parts of the
habitat (trees) in different ways—feeding heights and depth varied in tree canopy which supported his
hypothesis that warblers, although using the same habitat and food sources, able to coexist by partitioning
resources.
Unlock document