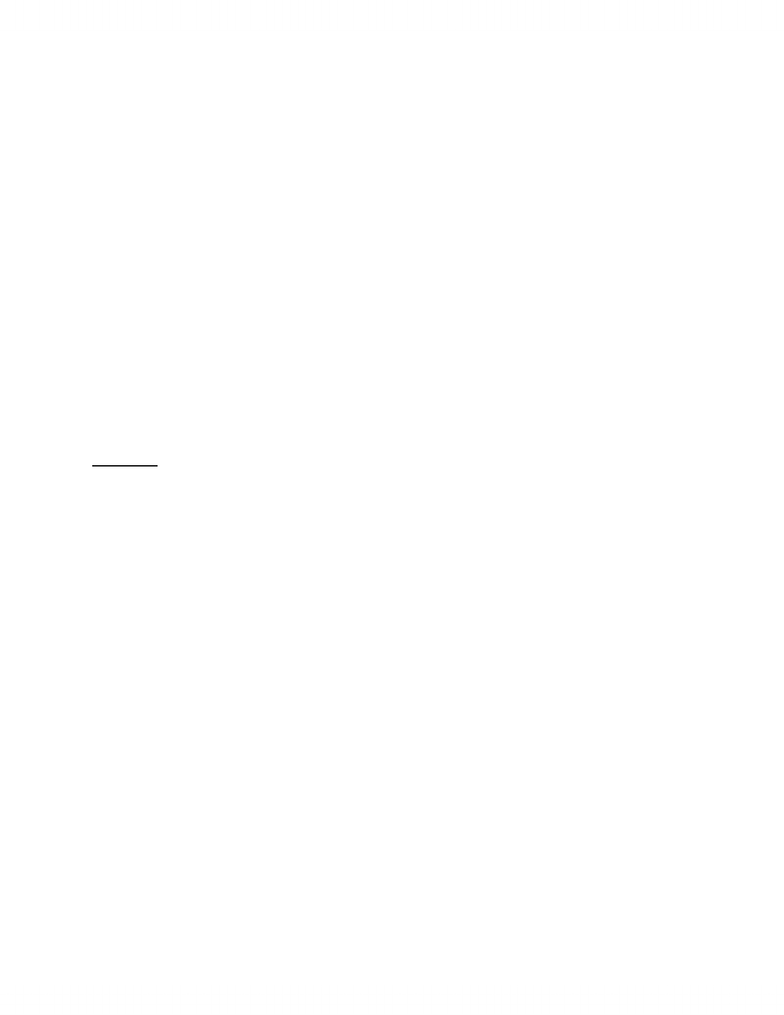 BGYC61H3
Lecture 12
December 1 2008
Michael is available for office hours until next week and so will I so send a message if you like.
I posted a sample exam on the intranet from last year. It will give you an idea of the questions.
They are a blend of testing your definition knowledge and numbers that have been discussed
here (excluding the student presentations here and in tutorials) unless the material has been
discussed by me i.e. biodiversity. I won’t specifically test anything on the student presentations.
All of it will be done in small paragraph answers. There is no true/false or fill in the blank etc.
You will have to write something for all of them. You will not get any deductions if you use
bullets and sentences as long as you make your answer clear. Sometimes it may be easier to
sketch a graph to explain things i.e. Vmax. If I ask you to do something graphically you must do
that to receive the marks. Last year there was a different focus so the exam will be a little more
personalized. We had more on biodiversity than last year and less on succession etc. As we go
through the lecture today I will give you more tips.
Strategies
How organisms deal with disturbances that lead to successional sphere either primary or
secondary. Example: forest fire from Yellowstone Park in 1988 where almost 1/3 of the park
was subjected to wild fires. Many of the forests were Lodgepole pines and they love the fire
disturbances. These are plants that are adapted for fires and they are called ‘pyrofhytes’ plants.
The regenerate in vast quantities after the fire because the cones open only under the fire
temperatures (this is a review). This strategy is called serotiny. In turn it gives those babies a
head start/advantage over other competing species.
Another strategy that is seen is in the Sequoya Dendron Tree which is among the most massive
plants on earth. These can be 1 to 1.5 thousand years old. You know the Bristle pines are even
older i.e. 5,000 years. They also live in these ecosystems but higher up in the mountains. The
Sequoya is also pyrophytes and produce chemicals in their bark that make them fire resistant.
They cut off the oxygen supply so they don’t burn to the ground. The ones that have been
around for 1 or 1.5 thousand years have gone through many disturbances. This picture shows
how you can drive through the trees. They can compartmentalize the damage and it won’t kill it.
Compartmentalization at the macroscopic level is well developed in these trees. You can cut the
branches and they will seal it off so they won’t die. They are anti-viral resins that are produced
and smell beautiful. The chemicals help to seal the wound and reorganize the plumbing so that
they don’t die.
Other pyrophytes are the Eucalyptus trees which is one of the most harvested trees. They are in
Australia and when you walk through the forests they have a very nice smell. These trees are
very flammable so they capitalize on fires in the opposite way. They burn down faster than the
Lodgepole pines. They literally burn to the ground and then they re-establish from there. Many
BGYC61H3F.December.1.2008 Lecture 12 1
www.notesolution.com
Unlock document 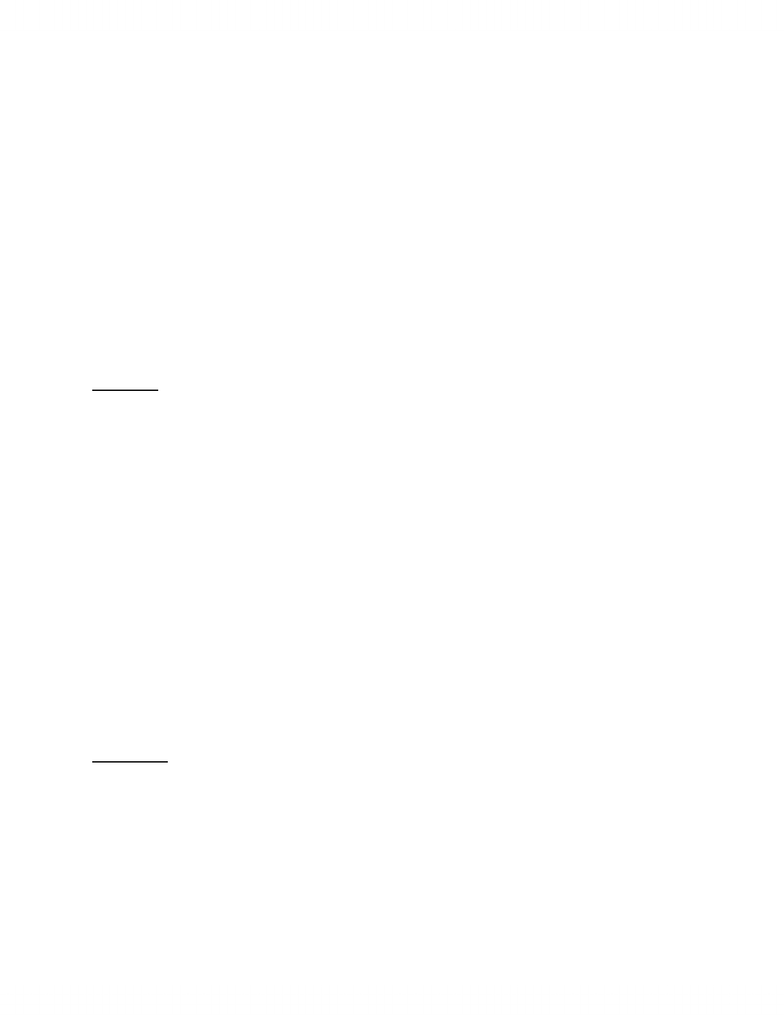 humans and animals are lost in these fires because of how fast they burn down. They are tinder
dry most of the time and the oils cause explosions. The fires are too hot even for Lodgepole
pines as the cones experience temperatures too extreme. You have to take many precautions to
travel in Australia. Here is a tree that was almost burned to the ground and you can see the new
growth within a year. This strategy is developing shoots from the stump that remains. There are
enough tissues that remain buried in the stump to give rise to new branches. This is called
coppice shoots. Species that do this are loved by horticulturalists and they cut many trees so that
new shrubs start. Species that do this can regenerate after a fire. If some branches remain there
can be resprouting similar to coppicing up the tree. Almost all trees produce many more buds
than they actually use to have new leaves and branches in case of hard times. This is referred to
epicormic regrowth. These are seen in pyrophytes very readily. If you make a cutting from the
Eucalyptus tree it is easy to do. Some plants do this much better than others i.e. Forsythesia with
the yellow flowers and are very good at adapting to fire. Aspen trees also do very well after fires
and at epicormic sprouting.
Tolerance
There are 3 mechanisms that plants display that drive the course of succession. One is the
mechanism of tolerance. We just saw examples of this i.e. Sequoya and fires. It won’t die so it
will persist in succession for a long period of time.
Tolerance of light or shade is used to describe plant species. In this dense forest from B.C. you
can see how shade tolerant the smaller species are. At the bottom you will only find shade
tolerant trees/plants will live. Here we have 1-2 microeinsteins of light. As succession
progresses and shade intensifies the species on the ground have to be tolerant. This is a major
mechanism in succession when it comes to who exists and who dies.
Here we see many ferns as they are very good at extracting light on the forest floor where most
of the taller plants disappear. This is a White Oak Tree (on overhead).
(Picture of Algonquin Park) This is a sun tolerant tree (shade intolerant species). Junipers love
the sunlight and usually don’t survive in the shade. There are some shade tolerant ones that are
planted here on U of T campus and the shade of green will change because the plants will burn in
the sun. Norman Huner studies the interaction of low temperature and high light intensity and
when you bring them together you have to be perfectly adapted.
Facilitation
This is the 2nd one. This means that you are helping along the success of the plants that are
growing underneath. Under here you can see the seedlings of Thimbleberries. You often have
wild raspberries under the Aspen trees. The Aspens do not compete with the raspberries they
actually help them along. The soil is completely different for both. The Aspen help the
raspberry directly by lifting water up to the upper levels in the soil for the raspberries. Martin
Caldwell studied a phenomenon called ‘The Hydraulic Lift’ which means the roots of the trees
go way down and layers of the soil and water access is transported and oozed out at interface of
soil and atmosphere. That is only one means by which facilitation might occur.
BGYC61H3F.December.1.2008 Lecture 12 2
www.notesolution.com
Unlock document 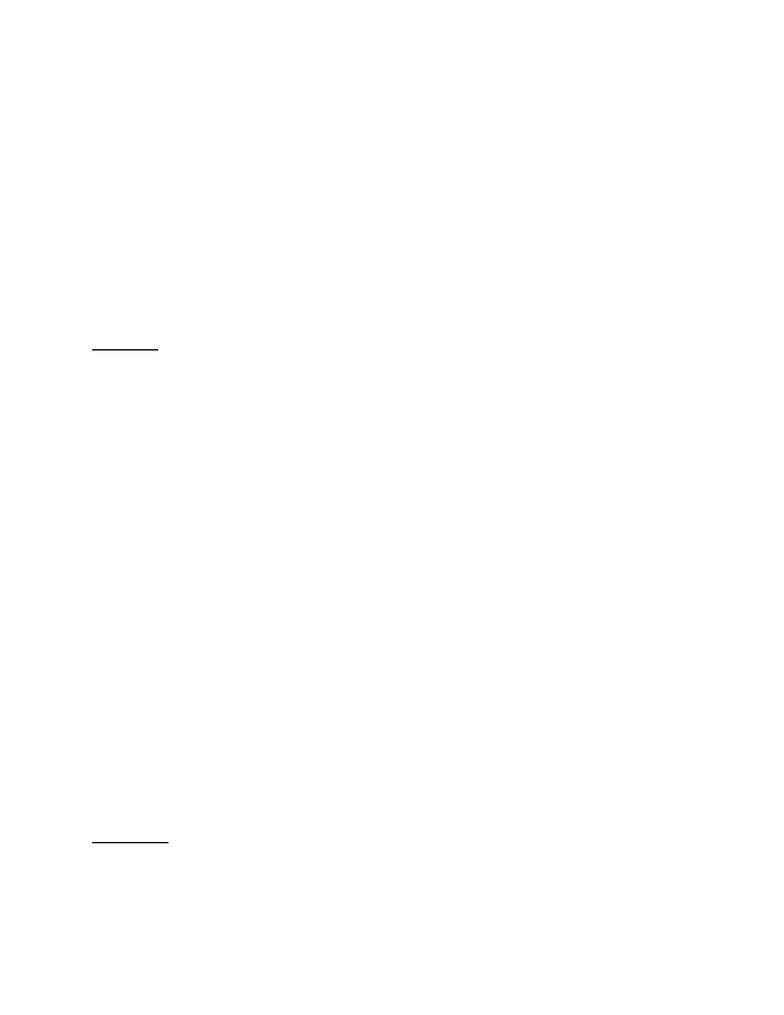 Secondly the chemistry of the soil around the Aspen trees is important. They can come from the
roots themselves or from the leaves. The poisons make the soil favourable for some fungus and
bacteria and unfavourable for others.
Here is a picture of rocks in the Yukon covered by green slime and this is the bacterial mats and
likens. Likens break down the soil, produce topsoil from bare rock (1,000 – 2,000 years). Then
grass, shrubs, and trees will grow from that.
Facilitation also comes from roots with nodules that fix nitrogen. This is a picture of the root of
an Alder tree found in Canada particularly out west. Much of the nitrogen will ooze into the soil
with will be nutrients for other plants.
Inhibition
This is the 3rd and the all play together. This is a conifer and the needles are acidic. Therefore
they acidify the soil and this inhibits the growth of many species and helps others. These are 6
species that live with conifers (on overhead).
•Deschampsia flexuosa
•Festuca ovina
•Holcus lanatus
•Anthoxanthum odorantum
•Briza media
•Zerna erecta
So you can see how changing the pH of the soil medium can facilitate some and inhibit others.
We discussed alkaloids earlier that usually inhibit plants i.e. nicotine.
Resveratrol has many chemicals that the pharmaceutical community is interested in. This is
found in red grapes/red wine. It has anti-cancer activities and is produced by the grape vein for a
purpose. It kills other organisms that interfere with its growth and the growth of its babies.
Many are bonded to sugars but you can see the common theme, there is a lot of cyclic organic
chemistry. Catkins are used for arthritis and even the common cold/flu etc. They are really rich
in tea as well. I am pointing out the incredible richness in plants to inhibit some species. This is
opposite to facilitation.
There are many animals that self-medicate and if they eat bark from the Willow tree it is like
taking an aspirin. Once the willow is bitten into it produces even more chemical for itself. So
self-medication is also found a lot in the wild.
Allelopathy
I want you to put the term into the context of succession and inhibiting the growth of other
species. You can hold your ground and stay if you are good at inhibiting other species. In
succession the best allelopathy comes around in the climax community, the ones that stick
around after primary and secondary succession i.e. Boreal Forests where the trees are not
BGYC61H3F.December.1.2008 Lecture 12 3
www.notesolution.com
Unlock document