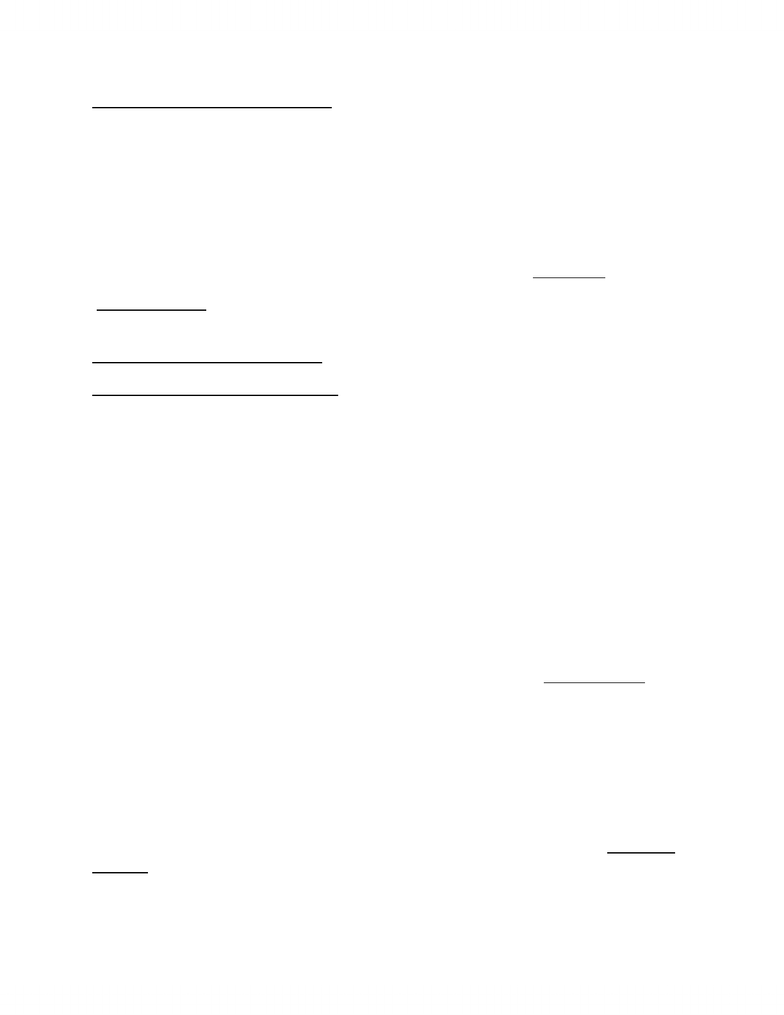 CHAPTER 11 – GEOLOGICAL STRUCTURES
-what causes rocks to bend / break, how they behave when stressed
-change in bedrock can be caused my powerful forces originating deep within the earth
-the geologic structures or architecture that results from these tectonic forces can be studied by
geoscientists
-Recognition of unconformities as well as principle of original horizontality, superposition, and cross-
cutting relationships – important structural geology as they are determining relative time
-structural geology: branch of geology concerned with the shape, arrangement, and interrelationships
of bedrock units and the forces that cause them
What Causes Rocks to bend and Break?
Stress and Strain in the Earth’s Lithosphere
-tectonic forces move and deform parts of the lithosphere- especially along plate margins
-can cause orientation, location, shape of rock changes
-originally horizontal layers can be deformed by tectonic forces that push or compress the layers
together until they are shortened by buckling and breaking
-stress: force per unit area – where stess can be measured, it is expressed at a particular point, but cant
burry stress in rocks that are currently buried
-when rock bodies are exposed after uplifting and erosion we are able to see their stress
-strain: change in size (volume) or shape, or both in response to stress
-eg. If pizze dough is pushed together or squeezed from both ends, then the stress is compressive.
(common along convergent plate boundaries and results in rocks deformed by shortening strain)
-eg. An elongated piece of dough will shorten by bending folding
-eg. A ball of pizza dough may flatten by shortening in the direction parallel to the stress andn
elongating in up down direction
-these 2 types of rock are found along convergent plate boundaries where rocks have been pushed or
shoved
-tensional stress: forces pulling away from one another in opposite directions, Resuls in a stetching or
extension of material. If it is rapid it can cause breaking
Unlock document 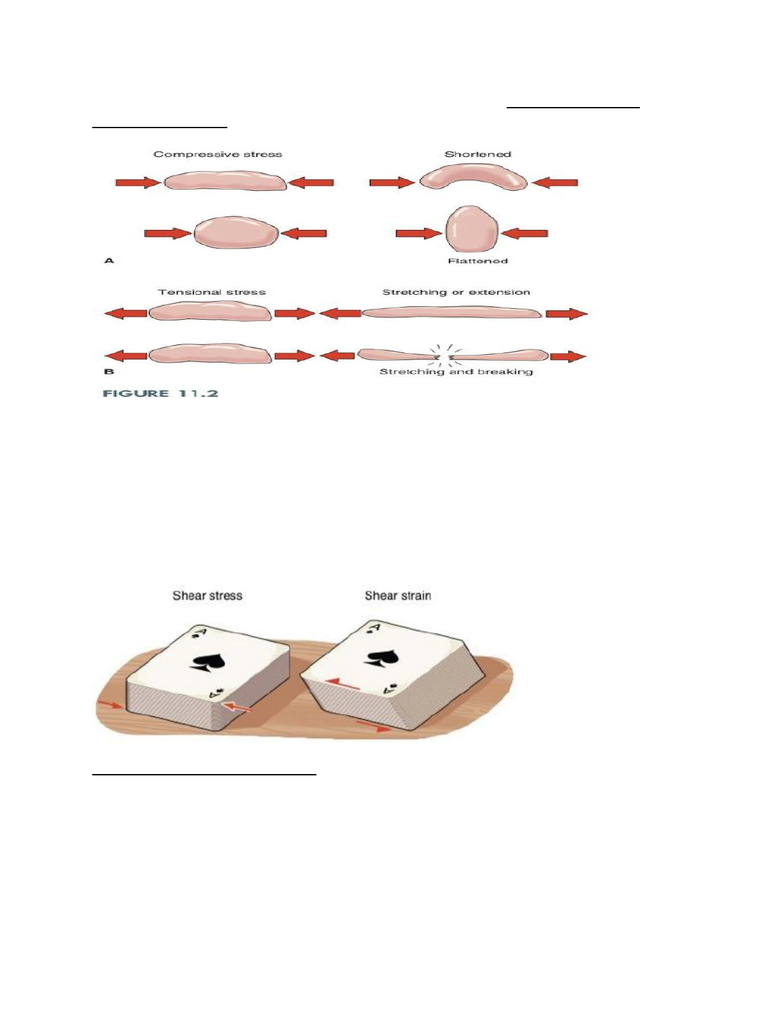 -at divergent plate boundaries the lithosphere is undergoing extension , fractures and faults are
commonly formed here
-sheer stress: when stresses act parallel to a plane
-eg. Like putting deck of cards in hand and sheering the deck by moving hands in opposite direction
-shear strain: para;;e; to the direction of the stresses.
-these occur at actively moving faults
How Do Rocks Behave when stressed?
-elastic rock: deformed body recovers its original shape after stress is reduced/removed
Eg. Tensional stress on a rubber band -when removed it returns back
-rocks can only behave in elastic way with VERY LOW STRESSES- Once stress applied exceeds the elastic
limit-rock will break if stetched too far
Unlock document

-ductile rock: or plastic manner will bend while udner stress and does not return to its original shape
after relaxation of the stress.
Eg. Pizza dough is ductine unless rate of strain is rapid.
-rocks exposed to elevated pressure and temp during metamorphism behave in this manner and
devleope a planar texture, or foliationv due to alignment of minerals
-reuslts in permanently deformed rock by folding or bending of layers
-Brittle rock: rock that will fracture at stresses higher than its elastic limit.
-often near the surfacewhere temp and pressure is low. Rocks favour breaking rather than bending here.
Faults and joints are eg.
-sedimentary rocks break in this manner
-so why do some bend and deform in a ductile way? – either the stress increased slowly, of rocks defored
and confined pressure (bured under more rock) and higher temps.
How do we measure and record geologic Structures
-the types of rocks that can provide record of crustal deformation that is no longer active are described
here
-very old streuctures that are now visible at Earth’s surface were once buried and exposed to erosion
-geolosits map geologic strucutes to find problems for engineering decision and enviro planning like
looking to build dams, large bridges, or nuclear reactors, and even building houses, schools, and
hospitals
Geologic Maps and Field Methods
-in ideal situation, geoscientists use sensed data, collected using satelites or apirplanes, and identify
local regional pattersl of bedrock from above in this way
-these data would be “ground trothed” with overvations from a number of individual outcrops
(exposures of bedrock at the surface) to determine pattern of geologic structures
-geololgic map: standardized sybols are sued and patterns to respresent rock types and geolgoicl
strucutres, is typically made from field map for a given area.
-the symbol on a geologic map denoes horizontal bedding in an outcrop
Unlock document