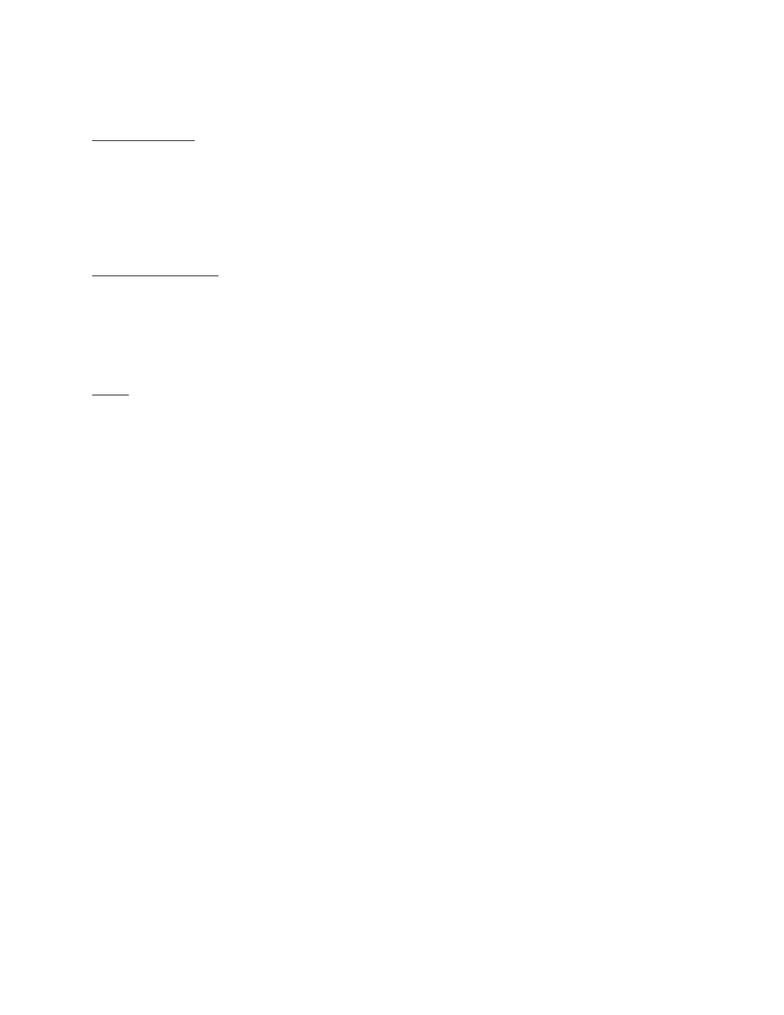 Lecture 2: Airborne Hazards and Human Health
Airborne Hazards
•Today we will discuss two types of air pollutants
1) Outdoor air pollution
2) Indoor air pollution
•What are the major sources of air pollution? They are natural and manufactured
•Natural include forest fires, volcanoes – most of them that we cannot avoid
•Manufactured has different kinds of industry and the burning of fossil fuels
Outdoor Air Pollution
•Listed are 6 common air pollutants
•They are regulated by the U.S. Act – it is called the Clean Air Act of U.S.A.
•A strict threshold is placed on these six pollutants
•Discuss pollutants that are not regulated in Canada or U.S. as they still represent a hazard to human
health
Ozone
•Is a chemical gas that has three oxygen atoms combined
•There are two different types of ozone
•One is good ozone – ozone layer in stratosphere protects us from harmful ultraviolet (UV) radiation
•There are ozone holes and problems with the pollution (is the good ozone) and this ozone is not
formed on ground level
•It is formed in the upper level of atmosphere
•What is the subject of concern is the ground level of ozone – ozone formed just a little bit above the
ground and how this ozone is formed
•Volatile Organic Compounds (VOC) react with Nitric Oxides (NOx) and with some effect of heat and
sunlight (this is actually photochemical reaction)
•Photochemical Reaction is any chemical reaction that is triggered by light, sunlight
•When heat and sunlight has effect on the formation of ozone we can discuss where is the higher risk
of being poisoned or having adverse effect of human health on these gas
•Hot, warm, sunny climates are a big problem for these types of photochemicals, photochemical
oxidants – i.e. Mexico City
•We all know that Mexico City receives a lot of sunshine because of its warmer climate
•In Los Angeles there is also a big problem with photochemical smog
•In cold climates the problem is not that, it is less significant
•In the morning and in the evening the concentration is lower
•In the middle of the day especially around rush hour when traffic is heavy heat is higher and sunshine
is combined with pollution thus the concentration of ozone increases significantly
•Ozone is a summertime pollutant even in Toronto or in Canada – contamination and pollution with
the ozone is much higher during the summer
•Ozone is transported over very long distances – it doesn’t matter where it is formed (can be formed in
Asia or Europe but can affect us here in North America)
•What does the ozone do to our health, to our bodies? It causes lung damage (we call it lung disease)
affect small airways which means in the lower levels of our lungs some changes and some problems
can be seen
•This results in shortness of breath, chest tightness (pressure on the chest), awful cough, nausea and
can irritate and damage eyes, nose, sinuses, throat
Unlock document 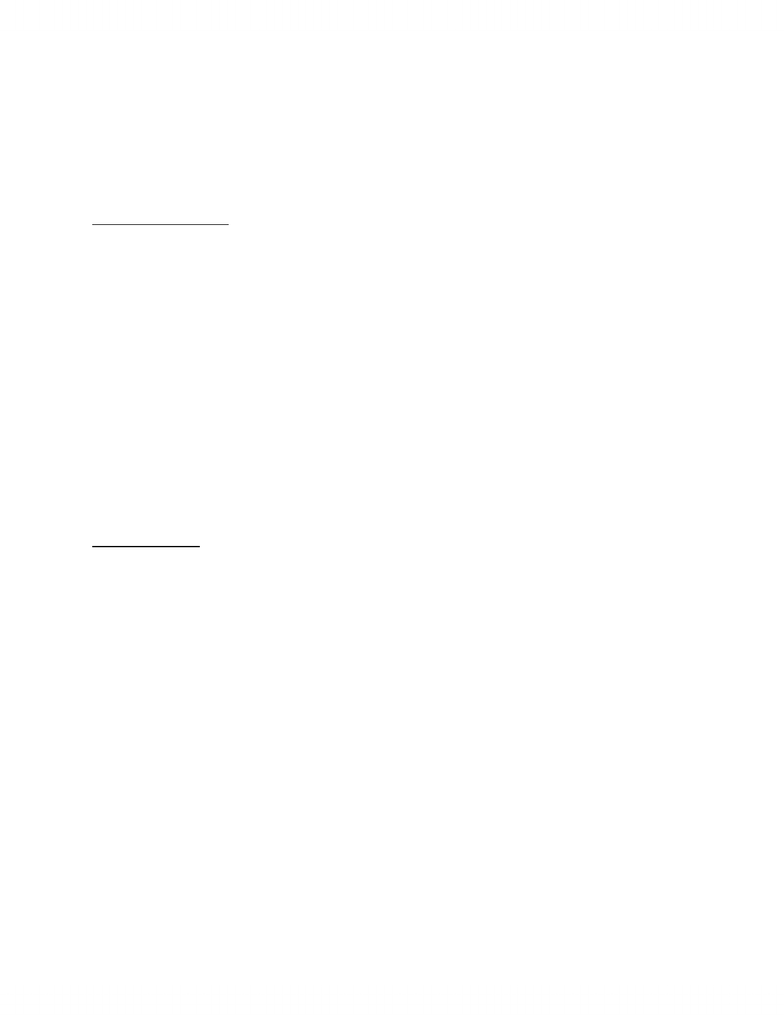 •But we believe that if we go outside if you exercise you will get healthy and probably more resistant
and not be such a burner about today’s chemical
•Scientists and experts found something very interesting that people that exercise outside a lot are
more vulnerable
•It is logical because many urban people exercise on the street to gather with the emissions and gases
and they breathe deeper, take in much more air in their lungs
Particulate matter (PM)
•What is the particulate matter in air? Particles found in the air
•Particles can be solid particles or can be liquid particles – aerosols
•These particles vary significantly in size from really large with black soot (sticky tack material) – i.e.
smoke that is somewhat very visible to very tiny particles of liquid aerosols
•That is why we often find in literature particles and PM10 and PM2.5 – What does this mean?
•PM 2.5 - particles smaller than 2.5 microns
•Experts believe that these particles are small enough to be transported in lower level part of your
lungs in the narrower airways because they are so small they can hurt your lungs on very small
alveoli’s
•Bigger particles will stay in upper level - nose, a little bit in the mouth (in the upper level of the
respiratory system)
•Major source of particles (particulate matter) are vehicles, vehicle exhaust, factories, different types
of industry, construction sites (demolition, reconstruction), stone crashing, or burning emit soot and
smoke
•But not all particle matter is emitted as some is formed in the air
•Serious health effects, why? These particulate matter can be associated with acidic material – acids as
these acids damage the lungs a lot (very dangerous to our lungs)
Carbon Monoxide
•Why does carbon monoxide need more discussion and attention?
•You are exposed and it is very hard to know that you are poisoned but it is also a very common
pollutant
•It is everywhere in outside pollution, outside air, also indoor – big problem indoor
•Both critical for indoor pollution as well as for outdoor pollution
•Odourless, colourless gas – emitted during the burning process but incomplete burning, burning of
fossil fuels – anything that has carbon as a content and if it is partially burned process is not finished
until end when emits carbon monoxide
•Couple of examples include heaters indoor, woodstoves, gas stoves, fireplaces (poorly ventilated thus
carbon monoxide can spread), water heaters, automobile exhaust, tobacco smoke
•1,000 people die each year in U.S. as a result of CO poisoning
•If someone is exposed to the lower dosage of carbon monoxide not something very visible right away
•For a longer time especially for a fireplace that is not ventilated you want experience for an
significantly adverse amount of time but what might happen is you might have symptoms similar to
the flu or similar to food poisoning (vomiting, dizziness, nausea something like that)
•Many physicians get confused as it is hard for them to determine/detect what is going on if you don’t
give them some clue (usually you don’t know)
•Some people are even more vulnerable – infants, elderly, and people that already have problems such
as heart and respiratory illnesses before that
•They experience adverse effects in much lower concentrations than other healthy people – are at a
higher risk
Unlock document 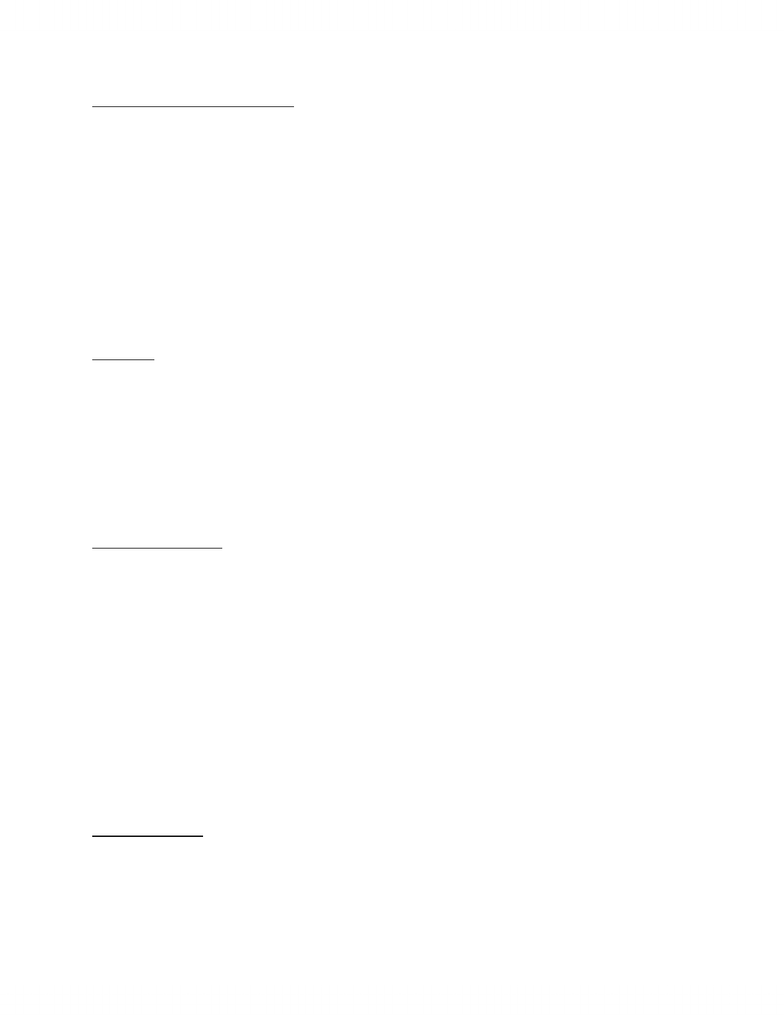 Health effects of Carbon Monoxide
•What does carbon monoxide actually do and why do we experience that adverse affect?
•Carbon monoxide interferes with delivery of oxygen because carbon monoxide has a much higher
affinity for hemoglobin (part of our blood, red in colour)
•About two hundred or even more than two hundred times higher affinity for hemoglobin than oxygen
•As a result of this we can experience some health problems – problems include fatigue, detected or
undetected (that we do not know reason for) headaches, some weaknesses
•When a concentration increases in the air then symptoms get worse as there is confusion,
disorientation – i.e. we usually don’t know that we are poisoned and when we realize that we can
leave the room or the car because of disorientation and that confusion – loss of coordination (cannot
open the door)
•We definitely need fresh air but we cannot leave the car – this is why carbon monoxide is such a
dangerous chemical
•If the concentration is increasing this poisoning can result in death, definite death
Prevention
•What to do, how to try to solve the problem?
•A couple of informed tips to try to solve the problem – never leave the car engine running in a shed or
a garage (you have definitely heard about that) because it results in carbon dioxide poisoning
•Proper selection, installation, and maintenance of different appliances (heaters as such)
•And of course , good use of these appliances – read instructions
•Good ventilation – definitely all houses and apartments need good ventilation to avoid these kinds of
problems
•Use CO detectors – you should have them in your homes, apartments, rooms
•Have to check batteries regularly and make updates as needed
Nitrogen oxides (NOx)
•Is a common name for a group of the nitrogen gases – they have nitrogen and oxygen and different
number of atoms of oxygen
•They are formed in many types of combustion process – not very much in industries but mostly in
combustion process
•These nitrogen oxides are involved in formation of ozone – it is also an important characteristic
•How are solid particles formed from the nitrogen oxides? We say that it is a gas – usually in the air
these nitrogen oxides react, they change
•They can react and form aerosols for example with some carbonate or with some ammonia and form
ammonia nitrate or ammonia sulfate or ammonia chlorate – those are hard solid particles of aerosols
•Also can affect formation of acid rain or acidic depositions
•It is not very much dissolving water but still is partially dissolving of water and thus as a result of that
some acids are formed
•It is also transported over very long distances same as ozone
•This means it can be formed in some other place thousands of kilometres away but still affect our
health
Sulfur oxides (Sox)
•Are emitted during the combustion process
•Combustion process – burning process, any type of burning is the major source of air pollution
•Burning, different kinds of burning but not only burning of the coal and oil
Unlock document