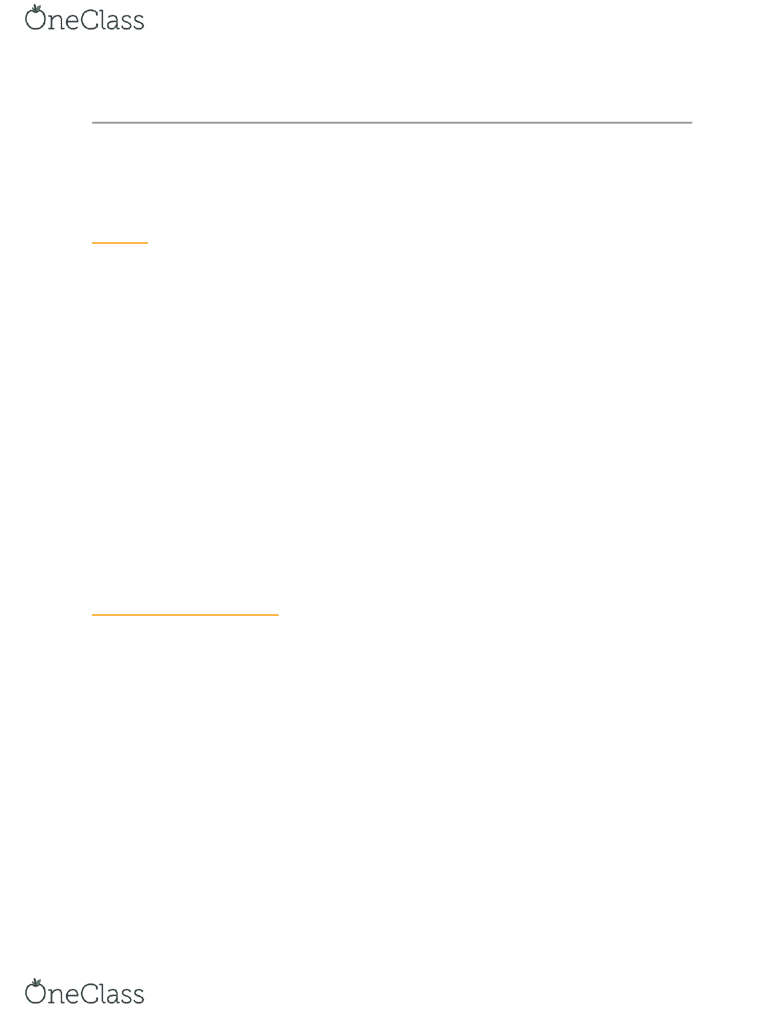 Miguel Street Review & Notes
Summary
A collection of linked stories based on the author's life during wartime in trinidad and tobago. It
follows a young boy (The narrator) living with his parents on miguel street and goes over
different people who live on that street.
BOGART
Follows the story of a quiet man living in a tiny servant room with Hat. The narrator had made him a sign
saying that he was a tailor and cutter as he would sew things although he never really made anything .He
sits in his room playing the card game “patience” and only exchanges a few lines of mutual
acknowledgement. Bogart is very popular with people on street and is considered to be a very smart guy.
One day Bogart disappears and Hat, among their friend group. Turn Bogarts room into a sort of hide out
to drink and bring woman to once they were certain Bogart was not returning. After they nearly forgot
about him, he returns more talkative than ever with a slightly more american accent.
Bogart had told the guys that he had gotten a job on a ship and went to British Guiana where he
deserted and become a cowboy in Rupununi where he smuggled things into Brazil. He then ran a brothel
where he was later arrested. After being offended by a comment that Hat had made, he became cold
towards the guys and became the most feared man on the street. Once again he had disappeared.
He had returned fatter and more aggressive but was friendly with children before he once again
left. Upon his return he threw a party for the children but was then again arrested for bigamy. Apparently
he had left his first wife because she was not able to have children and thus became depressed. After the
fact he had knocked up a girl from Caroni and ran away so he did not have to marry her. But people in
Caroni took that stuff seriously
-Bogart became Bogart of the films, and Hat became Harrison (Casablanca)
-Hat is in trouble with the police because of gambling and cock-fighting
THE THING WITHOUT A NAME
Popo was the carpenter who lived next door that the narrator had made a sign for saying her was
a carpenter. Popo had a wife who had asked the narrator to call her auntie. She worked by his school and
would give him a lot of food to eat. One day she had introduced him to a gardener who was quite
attractive, the gardener had given the boy bags of grass. Popo at home would always work on projects
without a name. The only thing he ever built was a little galvanised-workshop under a mango tree he had
in his yard. Popo had inspired the young boy to make an egg-stand for his mother.
One day Popo's wife had left, to cheer him up Hat and his friends would bring alcohol to the
workshop and hang out with Popo which would would make him feel better. Although one day Popo
leaves to go find his wife. When he does he discovers she ran away with the gardener, Arima. Popo
beats up Arima and is charged for it. When he returned he became a very disgruntled man who shooed
away Hat and his friend constantly. He painted the house and built new furniture until he had gotten his
wife, Emelda, back.
It turns out that Popo was arrested for stealing furniture that he had claimed to have made. He
was sent to jail leaving his wife alone. When he returned he was a changed man who wanted nothing to
do with the people in the neighborhood and would threaten them. He would make furniture for people for
the rest of his days.
find more resources at oneclass.com
find more resources at oneclass.com
Unlock document 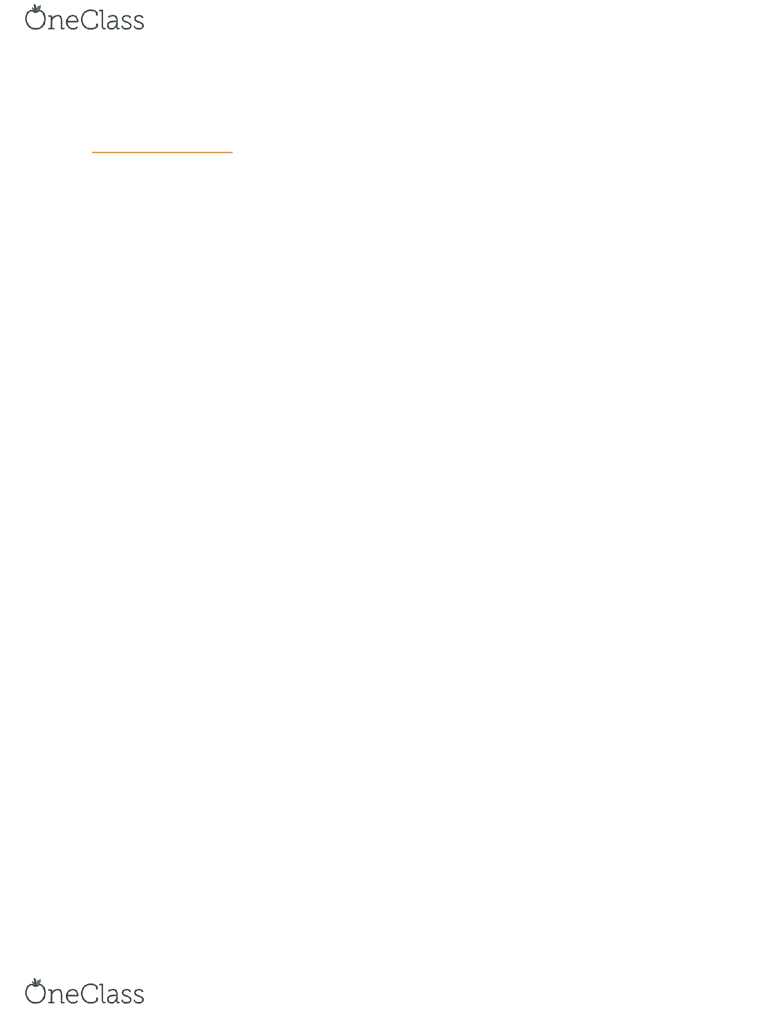 -Every morning Popo would sit on the pavement with a glass of rum
HIS CHOSEN CALLING
-Two noises at night: 2:00 Am ...the sweepers...just before dawn...the scavenging carts.
-Blue carts
-Wanted to work the carts so they only had to work the morning
-Eddoes was a driver who was admired by most boys
-Elias, a boy like Hat and Bogart...wanted to be a doctor
-Abused by his father george
-Very smart kid
-Narrator invited him to the store but George caught them and beat Elias
-Sometimes he would tie him up with rope and beat him with a soaked rope
-Elias would quickly become friendly with his father after
-He never cried
-Elias started going to a different school down the street.
-His father was proud he was getting an education (Cambridge school certificate guaranteed)
-titus Hoyt was the teacher
-Elias mother died in January
-He was told he was going to pass with honours but he did not pass at all
-Received marks in march
-Elias began living with Titus and was barely ever seen because he worked night and day
-He passed
-His father passed away
-Wanted to take the exam again to get the second grade
-Became the opposite of his father and cleanest boy on his street
-Decided to take the exam a third time and failed
-He was the model son for everyone on the street
-Gave up and decided to be a sanitary inspector
find more resources at oneclass.com
find more resources at oneclass.com
Unlock document 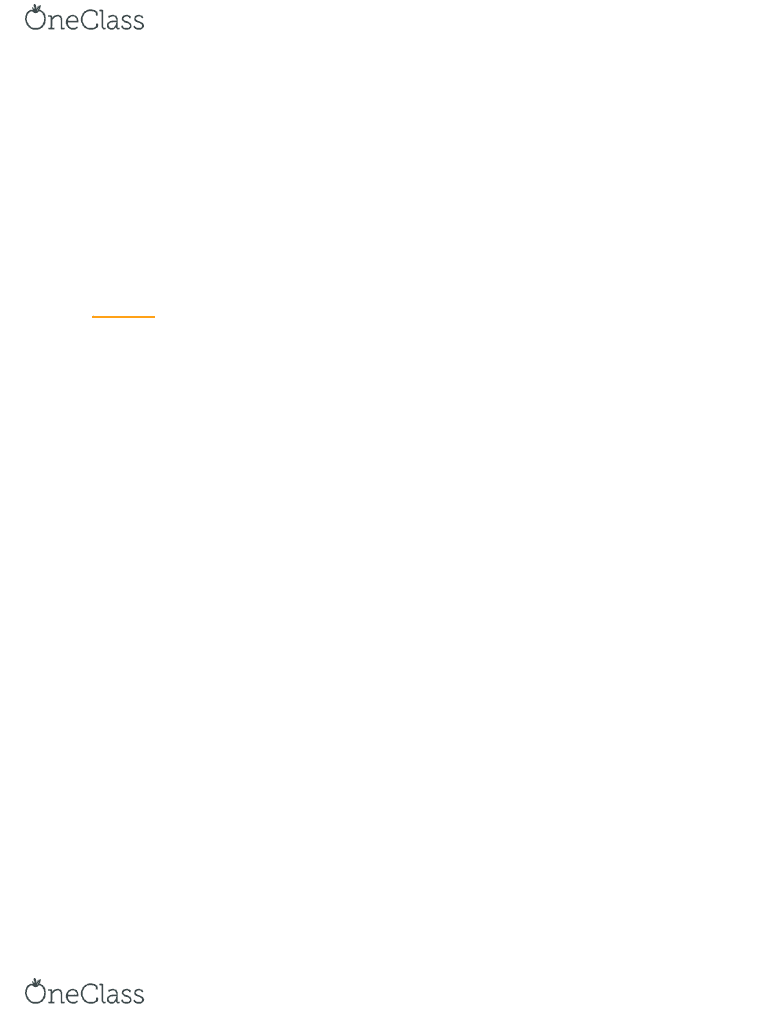 -He failed the sanitary inspector exams every time
-Flew to British Guiana because he heard the exams were easier but still failed
-Flew to barbados and failed
-Two years later the narrator took the cambridge exam and got second grade. And got a job in customs
-Uniform looked like the sanitary inspectors unifrom
-Got beat up by jealous Elias who is now a cart scavenger
-Claims he liked like work
MAN-MAN
Everyone on the street believed that man-man was mad although he did not appear to be but he did have
some curious habits
-He runs for election every year and gets exactly three votes
-He would vote for himself and two other men voted for him as well
-Those wo men haunted the narrator
-Man man never worked
-Would spend the day writing
-One day on his way to school man man had asked him where he was going
-If you closed your eyes he sounded like an englishman
-He forgot about the boy and began writing in chalk on the pavement
-c...h...o...repeating o’s until he wrote in cursive
-He seemed to move to french street writing o’s then back to miguel
-man man went to a and got up on the chairs while growling at costumers,,the owner would throw him out
-The next few days the cafe was broken into at night
-one morning they found little blobs of excrements on stools and table tops
-Man mans only friend was a little dog with little black spots on its ears
-It didnt bark at anyone but appeared
-Man man loved his dog and it loved him back
-Peoples bleached clothes were ruined by dog poop
-man man would sell these clothes
find more resources at oneclass.com
find more resources at oneclass.com
Unlock document