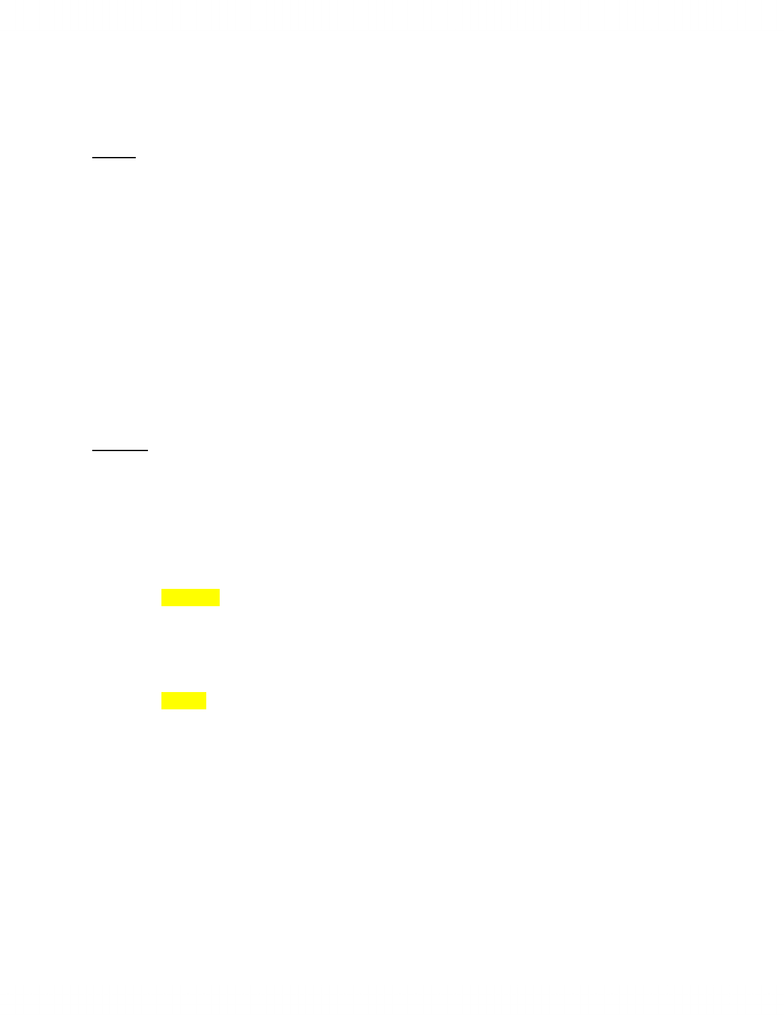 1
Week 3
Outline
I. Theories of Global Politics
A. Liberalism
B. Realism
C. Radicalism
D. Alternative Theories
II. Social Scientific Study of Global Politics
A. Comparisons
B. Generalizations
III. Theory and Evidence
A. Hypotheses and Assumptions
B. Specifying and Testing Hypotheses
IV. The Study and Practice of Global Politics
A. The Question of Policy Relevance
B. The Question of Values
1. Empirical Theory
2. Normative Theory
Summary
I. Theories about Global Politics. By the end of World War II, three general perspectives on Global
Politics had emerged: liberalism, realism, and radicalism. The perspectives lead their proponents
to ask different questions, and they stress different levels of analysis in their explanations.
Nevertheless, they often lead to contrasting explanations or predictions that can be tested and
found to be more or less correct. The book aims to contrast explanations or predictions derived
from the three perspectives.
A. Liberalism. Liberals highlight representative forms of government and respect for individual
rights and hope that the spread of democracy would lead to peaceful relations among
states. Liberalism emphasizes the benefits of collective security and rule of international law
which limits countries’ actions. Liberalism maintains faith in human progress and social
harmony – society of states. Liberalism argues that ideas, norms, and rules, as well as power
and interests, determine international outcomes.
B. Realism. Realists are more skeptical and believe that people are self-interested, often
selfish, and seek to dominate others. They consider nation-states the most important actors
in Global Politics in a self-help system where there is no higher world authority to guarantee
national security. Realism is an approach to the study and practice of international politics.
It emphasizes the role of the nation-state and makes a broad assumption that all nation-
states are motivated by national interests, or, at best, national interests disguised as moral
concerns. Realism is school of thought that explains International Relations in terms of
power. This school has a long history of development and widespread geographical
proponents, including Sun Tzu from China, Thucydides from Greece, and Machiavelli from
Italy. The underlying assumptions of realism are that human nature is essentially selfish,
that states are the most important actors, that states act like rational individuals in pursuing
national interests, and that states act in an anarchic international system (with no central
government).
Unlock document 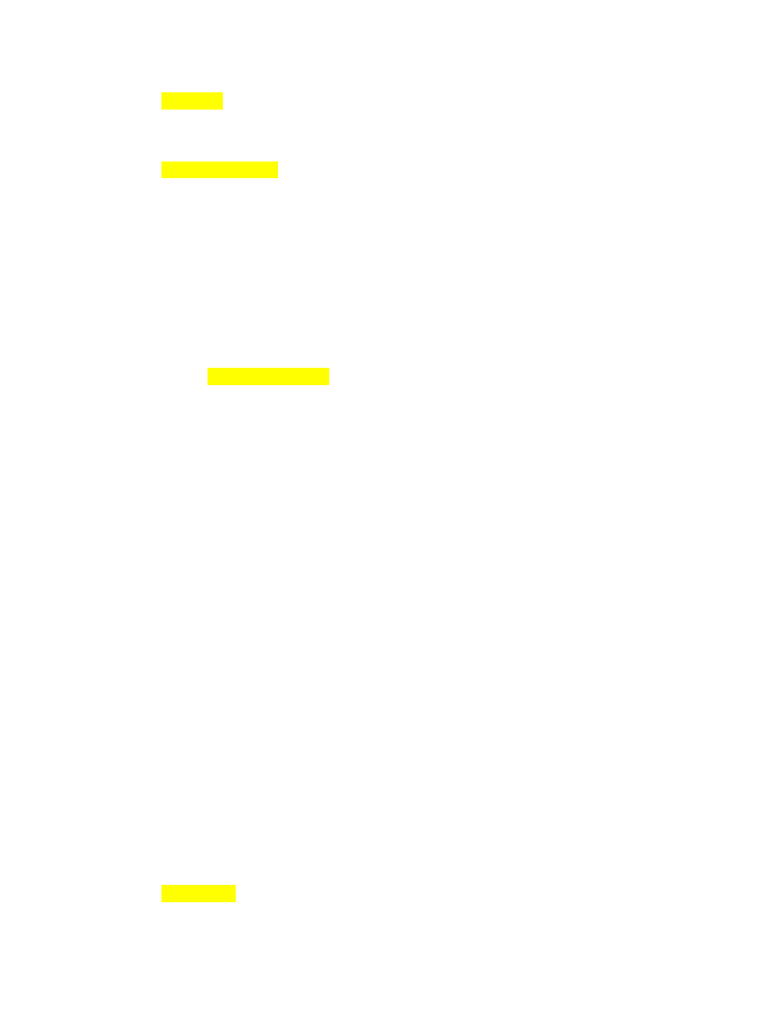 2
C. Radicalism. The radical viewpoint stems from Marxist thought. Along with realists, radicals
believe that people are motivated by self-interest and are ready to dominate others, but
they concentrate primarily on economic relations. Radicals consider states to be important
actors, but they also emphasize the conflicting interests of social classes.
D. Alternative Theories. The three views (liberalism, realism, radicalism) form Global Politics'
dominant paradigms, but they have been challenged in various ways by new perspectives
like critical theory, feminism and social constructivism. These new perspectives do more
than challenge the typical explanations of Global Politics offered by realism, liberalism, and
radicalism to describe what states and other international actors do, and why they do it.
They often reject the modes of theorizing and research that have become so commonly
accepted in universities, research institutes, and policy circles—that is, the field’s dominant
epistemologies. Critical, postmodern, and some feminist theories explore the implications of
asking some questions and not others, of gathering some types of evidence and not others,
and of evaluating that evidence in some ways and not others. In examining such previously
unexamined issues, they hope to shed new light on the incompleteness—or worse, the bias
of our current understanding of Global Politics.
1. Social Constructivism. Constructivists recognize many of the same patterns and
practices in Global Politics as do realists, liberals, and radicals, but they are wary of
the tendency of mainstream perspectives to objectify these patterns and practices.
Constructivists suggest that we need to recognize that established diplomatic
practice, international law and organization, even what would appear to be obvious
national interests like political independence and secure borders, all are socially
constructed. This does not make them nonreal, but it does lead constructivists to
ask and try to answer questions that are usually neglected by traditional
approaches. Why do states define their interests— or indeed their identities as
states—the way they do? The power of ideas is, not surprisingly, central to the
constructivist approach to Global Politics. Constructivists remind us of the
intersubjective quality of our images of the world. Awareness of how our
understandings of the world are socially constructed, and of how prevailing ideas
mold our beliefs about what is immutable and what can be reformed, allow us to
see theories of Global Politics in a new, critical light.
II. Social Scientific Study of Global Politics. Just as there are different views on Global Politics, there
are different opinions about how Global Politics should be studied. Post-World War II thought
turned to the social scientific approach, which investigates patterns of social behavior. State and
non-state behavior can be compared from place to place or from one time period to another.
The social-scientific approach to Global Politics assumes that patterns of behavior will become
apparent, transcending the specific times, places, and people involved. Given the crucial world
problems that appeared after 1945, many scholars and analysts felt that only a more systematic
understanding would lead to solutions. One post–World War II intellectual reaction to the
earlier approaches was to study international relations in a scientific manner, using procedures
and methods borrowed from the physical sciences. Other disciplines of study, such as economics
and psychology, had borrowed from the physical sciences, and the tactic seemed to be paying
off in the accumulation of knowledge. The idea was to stress comparability rather than
uniqueness—to look for recurring patterns and to understand particular events a emerging from
these larger patterns or processes.
A. Comparisons. The new “social scientific” approach, then, assumed that knowledge could be
acquired by investigating patterns of social behavior—which is why the social sciences are
Unlock document 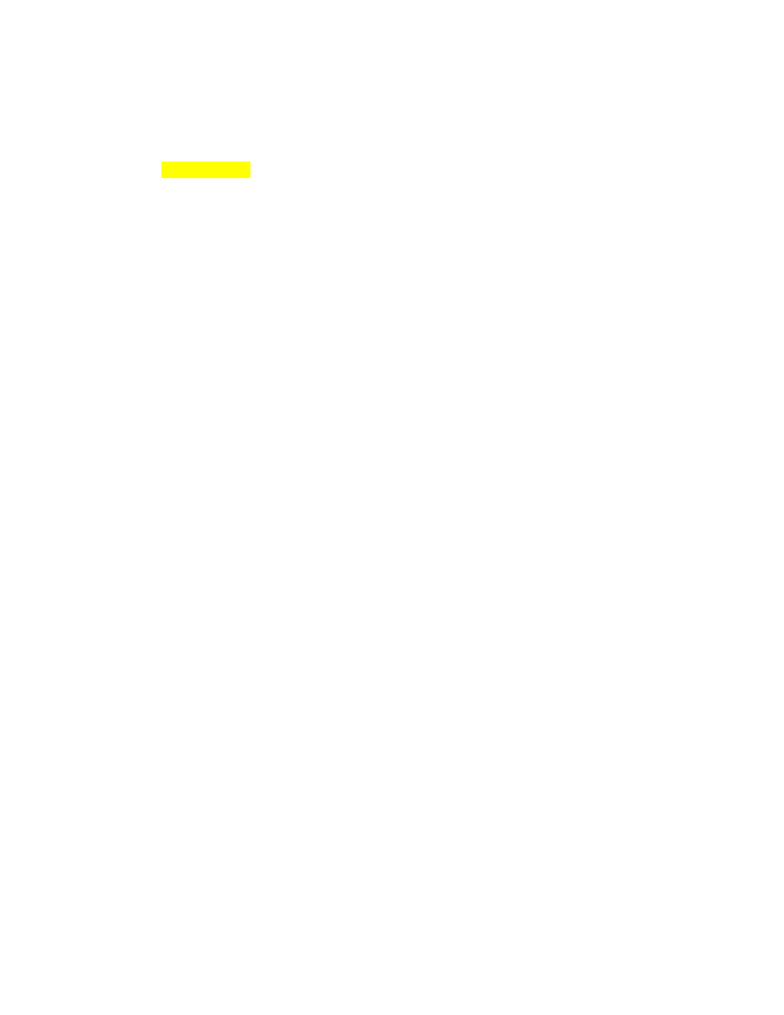 3
sometimes called the behavioral sciences— and that includes international behavior. These
patterns may be investigated cross-nationally (that is, by comparisons of several states at a
particular time) or longitudinally (by comparisons of conditions in one or more states at
several points in time).
B. Generalizations. Denying the existence of regularities would leave us to study only specific
cases or to produce detailed descriptions, with no accumulation of knowledge for the
scholar or policymaker. If every historical event is truly unique, and thus incomparable, the
gulf between the social scientist and the critic is indeed unbridgeable. Everyone has
compared two events at some time. By comparing things, we admit the possibility of certain
similarities across events. Using a single event to illustrate some more general phenomenon
reveals the same agreement with the principle of comparison and the possibility of patterns
(generalizations).
The most basic rationale for the study of social relations—that the past can be used as some
sort of guide to the future—must also rest on the similarities of events and the existence of
regularities: in short, on the possibility of comparison. While scientists believe that things are
comparable and that we should search for explanations that cover many cases, it is not true that
science (even the physical, or “hard,” sciences) promises general laws that will explain
everything and predict exactly what will happen. All science is based on models, propositions, or
laws that are contingent – those that will hold only under certain conditions. To understand
Global Politics we need to have a high tolerance for uncertainty, the imperfect state of human
knowledge, and the whys of human society and politics. The phenomena are extraordinarily
complex, and we know far less than we would like.
III. Theory and Evidence. Research involves theories, intellectual tools that provide a way to
organize the complexity of the world and show how phenomena are interrelated. We are also
interested in causality. A simple definition of a cause is a condition or set of conditions that must
exist if the behavior or event in question is to occur.
A. Hypotheses and Assumptions. Hypotheses are theoretical statements that relate to possible
observations, and testing hypotheses is a central activity of science. All theories include
assumptions. Assumptions simplify the task of theory building. In contrast to hypotheses,
we do not systematically test assumptions against actual data. This is either because our
assumptions are fairly straightforward statements about the world, with which most people
agree, or because examining the accuracy of these statements must be deferred until later,
at which time they can be treated as hypotheses to be tested. By following the precepts of
scientific inquiry, careful analysts will always be alert to the nature of their assumptions, to
ways in which they may differ from reality, and to the conditions under which the difference
may be significant. Careful analysts will want to know what has been simplified and have
some sense of how that simplification may compromise their predictions.
B. Specifying and Testing Hypotheses. The testing of hypotheses—checking their predictions
against the observed data—is a central activity of science. Social scientists often proceed in
the following way:
1. Start with some behavior that needs to be explained.
2. Offer some tentative hypotheses, perhaps derived from some theory purporting to
explain that behavior.
3. Evaluate the hypotheses in light of available evidence.
4. If the evidence supports the hypotheses, consider the implications—the additional
statements (or predictions) that can be deduced from these confirmed hypotheses.
Unlock document