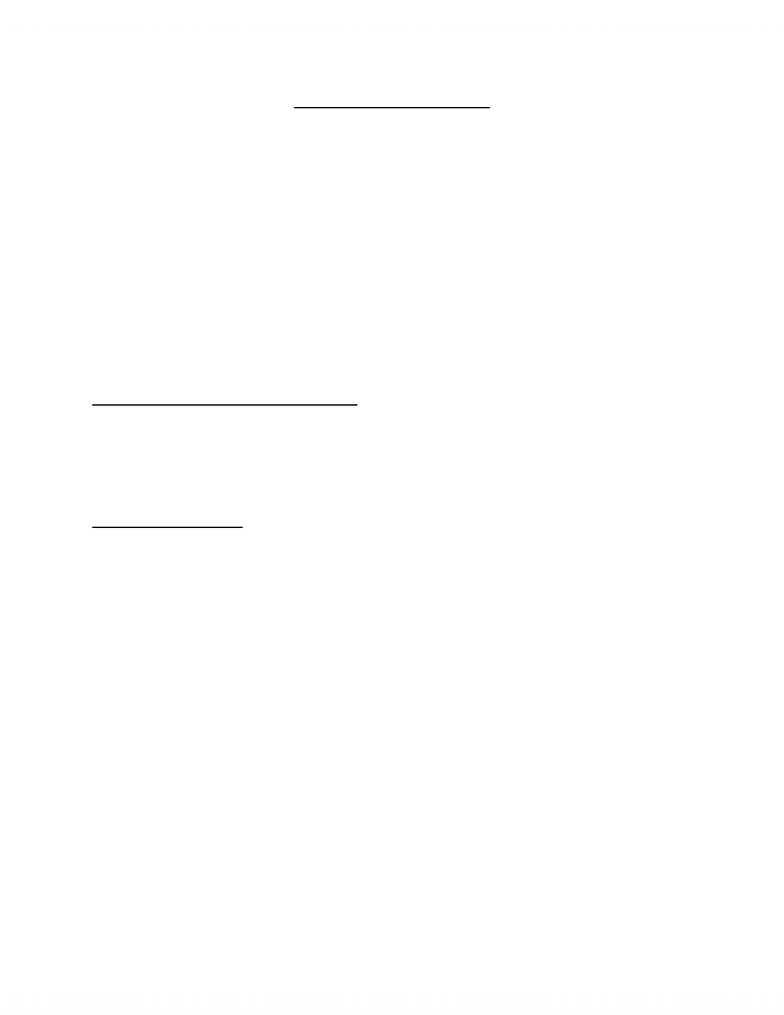 Psychology Chapter 6- Perception
 The primary function of the sense organs is to provide information to guide behaviour.
 In terms of vision or brain receives fragments of information from approximately 1 million
axons in each of the optic nerves. It combines and organizes these fragments into perceptions of
a scene- objects having different forms, colours and textures, residing at different locations in a
three dimensional space.
 Even when our bodies or our eyes move, exposing the photoreceptors to entirely new pattern of
information, our perception of the scene does not change at all. We see a stable world, not a
moving one, because the brain keeps track of our own movements and those of our eyes and
compensates for constantly changing patterns of neural firing that these movements cause.
 PERCEPTION- the process by which we recognize what is represented by the information
provided by the sense organs. This process gives unity and coherence to this input.
 It’s a rapid , automatic, unconscious process
 We don’t see an object and perceive it. We simply perceive it.
 If you look at a tall cylindrical object on a countertop, you immediately perceive a glass and
subsequently perceive the smudges near the tops , the lettering on its side , etc.
BRAIN MECHANISMS OF VISUAL PERCEPTION
 Visual perception by the brain is described as a hierarchy of information processing. According
to this scheme , circuits of neurons analyze particular aspects of visual information and send the
results of their analysis to another circuit, which performs further analysis.
 At each step in the process, more complex features are analyzed. The process leads to
perception of the scene and all objects in it
PRIMARY VISUAL CORTEX
 David Hubel and Torsten Wiesel inserted microelectrodes – extremely small wires with
microscopically sharp points- into various regions of the visual systems of cats and monkeys to
detect the action potentials produced by individual neurons. The signals picked up the
microelectrodes electronically amplified and sent to a recording device for later analysis.
 After positioning a microelectrode close to a neuron, Hubel and Wisel presented various stimuli
on a large screen in front of the open-eyed but anaesthetized anima. The anaesthesia makes the
animal unconscious but does not prevent the neurons in the visual system from responding.
 Hubel and Wiesel concluded that the geography of the visual field is retained in the primary
visual cortex.
 The surface of the retina is mapped on the surface of the primary visual cortex. This map of the
brain is distorted, with the largest amount of area given to the centre of the visual field, where
our vision is most precise.
 Module: a block of cortical tissue that receives information from the same group of receptor
cells
 It s 0.5 *0.7 mm in size and contains approximately 150,000 neurons” all of the neurons within a
module receive the same information from the same region in the retina
 Because each module in the primary visual cortex receives information from a small region of
the retina, this means it receives information from a small region of the visual field- the scene
that is currently projected onto the retina.
 Hubel and Wiesel found that neural circuits within each module analyzed various characteristics
of their own particular part of the visual field
Unlock document 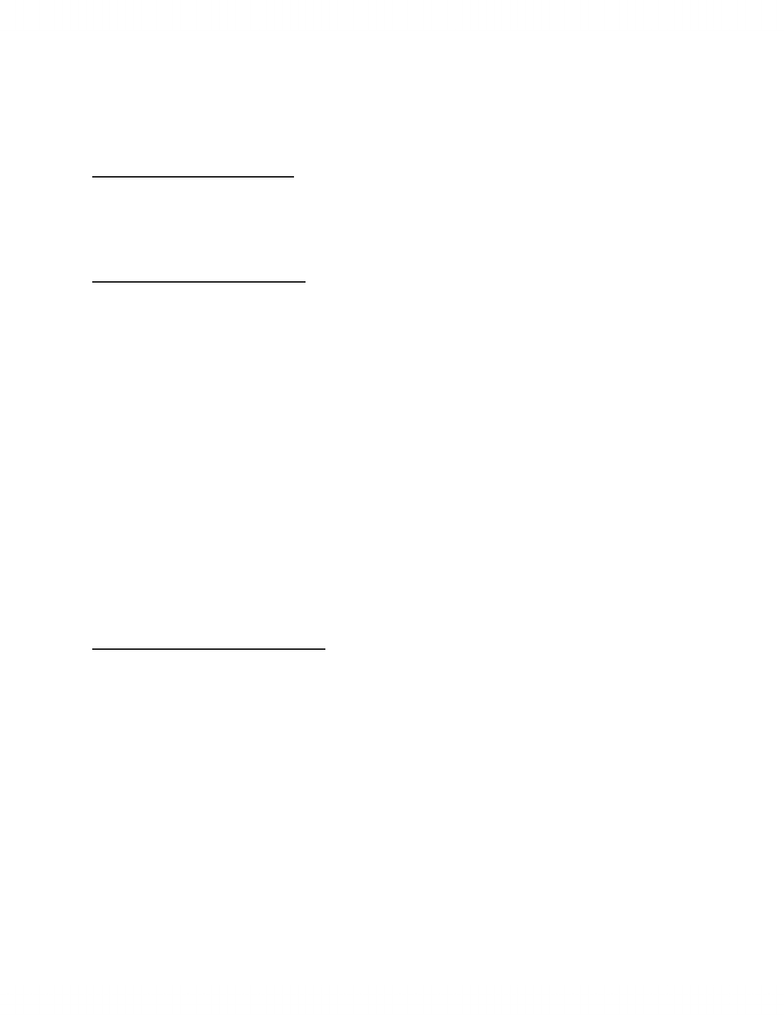  Receptive field- the part of the visual field in which the presentation of the visual stimuli will
produce an alteration in the firing rate of a particular neuron. Some circuits detected the
presence of the lines passing through the field and signalled the orientation of these lines .
Other circuits detected the width of these line, etc
THE VISUAL ASSOCIATION CORTEX
 The primary cortex is necessary for visual perception, the perception of objects and the totality
of visual scene does not take place there ( you see the same amount of information that you
would see through a drinking straw through the primary visual cortex)
 Individual modules must be combined to see a larger image.
TWO STREAMS OF VISUAL ANALYSIS
 Visual information analyzed by the primary visual cortex is further analyzed by the visual
association cortex.
 Circuits of neurons analyze particular aspects of visual information and send the results of the
analysis to other circuits which performs further analysis. At each step in the process,
successively more complex features area analyzed. Within milliseconds, the process leads to the
perception of the scene and the objects in it. The higher levels of the perceptional process also
interacts with memories
 Neurons in the primary visual cortex sends axons to the region of the visual association cortex
that surrounds the striate cortex
 The visual cortex splits into : the ventral stream and the dorsal stream
 Ventral stream: the flow of information from the primary visual cortex to the visual association
area in the lower temporal lobe; used to form the perception of an objects shape, colour and
orientation
 Dorsal stream: the flow of information from the primary visual cortex to the visual association
area in the parietal lobe; used to form the perception of an objects location on a three
dimensional space.
 the ventral stream functions in the recognition of what an object is- that is what form it has, as
well as what colour it is.
 The dorsal stream identifies where an object is located and whether it is moving
The Ventral Stream: Perception of Form
 Recognition of visual patterns and identification of particular objects takes place In the in the
inferior and temporal cortex, located at the end of the ventral stream. It is there that analyses of
form and colour are put together and perceptions of three –dimensional objects emerge.
 Brain damage can cause a category of defects called visual agnosia. Visual agnosia- refers to the
inability of a person who is not blind to recognize the identity of an object.
 The inability occurs even though the person can perceive the details o the stimulus and
otherwise retains relatively normal intellectual capacity
 The person could not identify common objects by sight, even though she had relatively normal
visual acuity. When she was permitted to hold an object that she could not recognize visually,
she could immediately recognize by touch what it was.
 A common symptom of visual agnosia is prosopagnosis- the inability to recognize particular
faces. They know that they are looking at a face- but they don’t know whose face it is. It is
caused by a damage to the visual association cortex.
 They see ears, eyes, nose and a mouth but they cannot the particular configuration of these
figures that makes up a whole face.
Unlock document 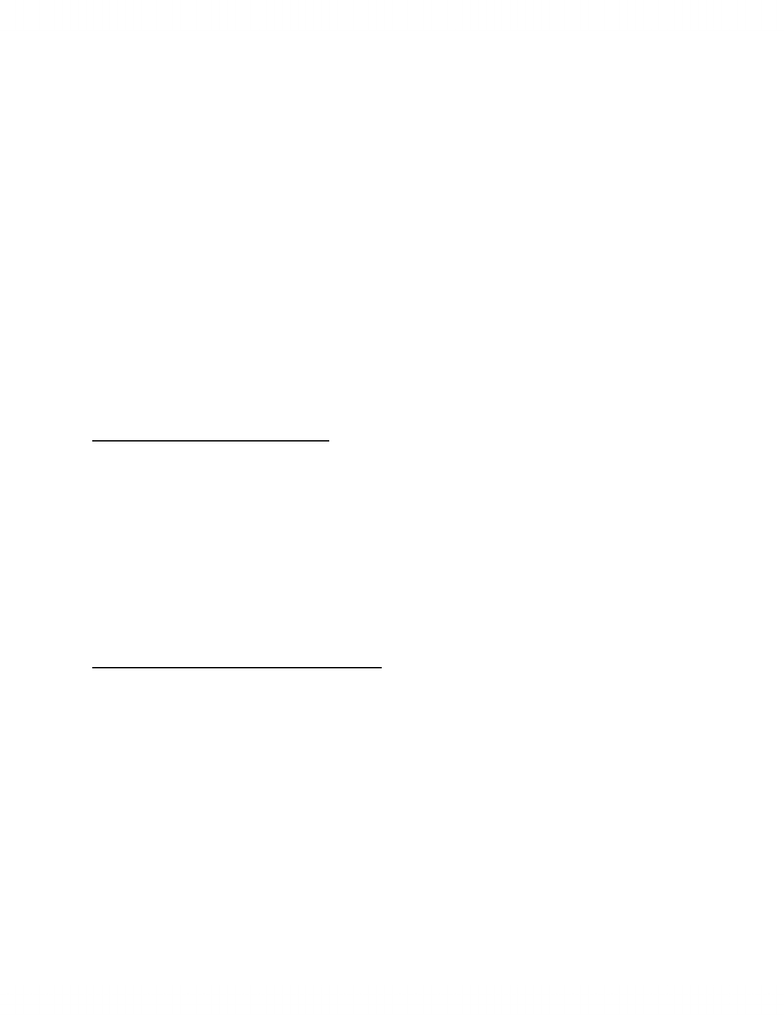  Fusion face area (FFA) – a region of the ventral stream of the visual system that contains face-
recognizing circuits.
 Several kinds of evidence suggests that face recognition circuits develop as a result experience
with seeing people’s faces.
 The failure of recognition is not confined to faces.
 Two functional imaging studies found that when bird or car experts viewed pictures of birds or
cars, the FFA was activated. But this didn’t occur when non – experts viewed the pictures.
 Tarr and Gauthier suggested that the FFA could be relabelled as the flexible fusiform area , given
its participation in the visual recognition of diverse objects.
 People with autistic disorder show a deficit in the ability to recognise faces and that looking at
faces failed to activate the FFA
 Extrastirate body area (EBA) is specifically activated by human photographs, silhouettes, or stick
figures of human bodies or body parts and not by control stimuli such as photographs or
drawing of tools , scrambled silhouettes, or scrambled stick drawings of bodies.
 When the EBA was temporarily inactivated by transcranial magnetic stimulation, people lost the
ability to recognize photographs of body parts, but not of motorcycle parts
 Parahippocampal place area (PPA) – a region of the ventral stream below the hippocampus that
is activated by visual scenes. (collection of several objects or backgrounds) .
The ventral stream: perception of colour
 Individual neurons in the ventral stream respond to particular colours , which suggests that this
region is involved in combining the information from the red/green and yellow/blue signals that
originate in the ganglion cells
 Lesions of particular region of the human ventral stream can cause a loss of colour vision
without disrupting visual acuity. The patients describe their vision as resembling black and white
film
 Cerebral achromatopsia- the inability to discriminate among different hues, caused by damage
to visual association cortex.
 If the brain damage occurs in one side of the brain people will lose their colour vision in half of
their visual field. If the damage is bilateral, they lose all colour vision and cannot even imagine
colours or remember the colors of objects before the damage occurred.
The Dorsal Stream: Perception of Spatial Location
 the parietal lobe receives visual, auditory , somatosensory, and vestibular information and is
involved in spatial and somatosensory perception.
 Damage to the parietal lobe involves disrupting performance which involves a) perceiving and
remembering the location of objects and b) controlling the movement of the eyes and the limbs.
 Studies with monkeys and functional imaging studies with humans indicates that neurons in the
dorsal stream are involved in the visual attention and control of eye movements, the visual
control of reaching and pointing as well as the visual control of grasping and other hand
movements and the perception of depth
 Goodale and his colleagues suggested that the primary function of the dorsal stream of the
visual cortex is to guide actions rather than simply to perceive spatial locations.
 Ventral and dorsal streams of the visual association cortex tell us “what “ the object is and
“where” it is located
 Goodale and his colleagues recommend the combination of “what” and “how” – that is how , to
perform the action. A woman with bilateral lesions of the posterior parietal cortex had no
Unlock document