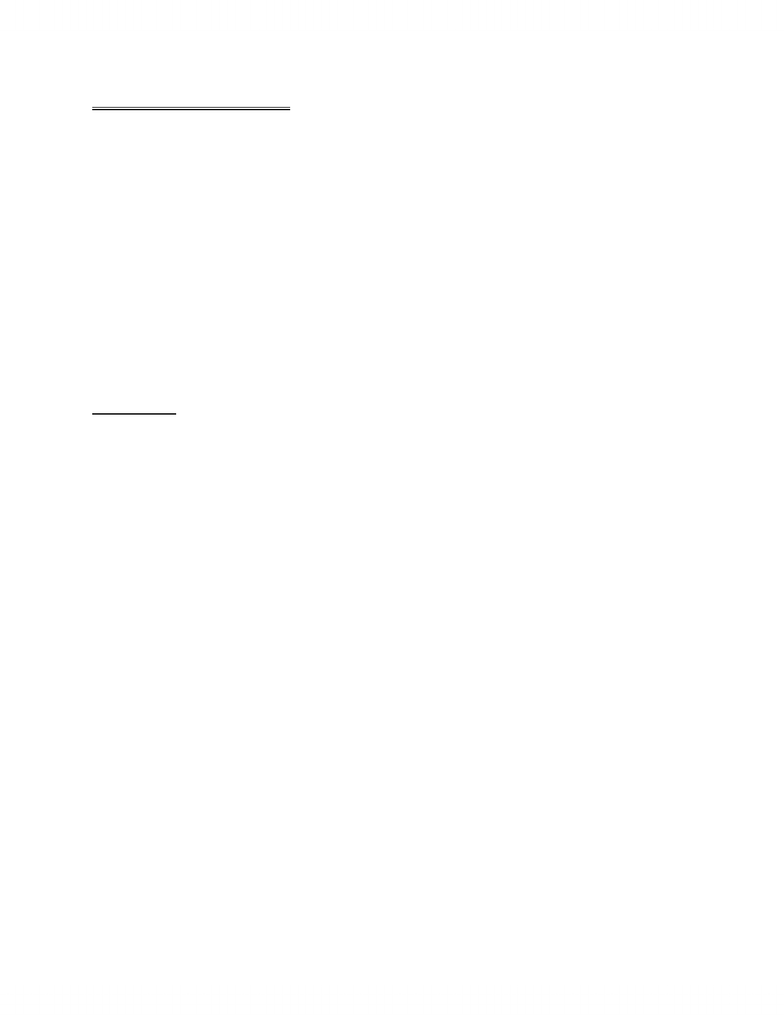 Lecture 02 – First Step in Vision
Example of Short Answer Question: Which kinds of psychophysical methods exist? Mention at least
four. Describe one of them in more detail.
A: Method of constant stimuli, method of estimation, method of limit, method of adjustment.
Method of constant stimuli – where you have stimuli such as light with different intensity at fixed
value. Randomly present the stimuli to the participant in repetitive manner by keep coming back
to same intensity and asked them if they see it or not every time it’s shown. Through this data, for
each level of intensity, could calculate probability of that person to yes, from which derive a curve
with low intensity with low probability & high intensity with high probability. The curve is
sigmoid function.
Vision
Retina (back of eye)  first stage of vision processing
Light Physics
 Light – a electromagnetic wave; a stream of photons, tiny particles that each consist of one
quantum of energy
oIt is little piece out of a vast spectrum of electromagnetic wave starting from long wavelength
(TV signal) to visible light from red to blue to very short wavelength  to human visible
light is very short spectrum of light
othe shorter the wave length, the more powerful the wave is
o light doesn't actually have a colour, it is our brain that assigns it  in physic colours don’t
exist  colour is created by the visual system
5 ways of light can work: absorbed, diffracted, reflected, transmitted, or refracted:
Absorbed:
energy (e.g. light) is taken up by some substance and not transmitted at all
oE.g. room w/ dust  room (light in) will be reduced in brightness as opposed to when
it 1st enter that room
oE.g. Light on surface especially black  it will be observed
oE.g. Filters also absorbed  that picture of filter is red because it only lets out
(transmit) light that has wavelength that we perceive as “red “ light  all other
wavelength are reduced & probably not completely filtered out
www.notesolution.com
Unlock document 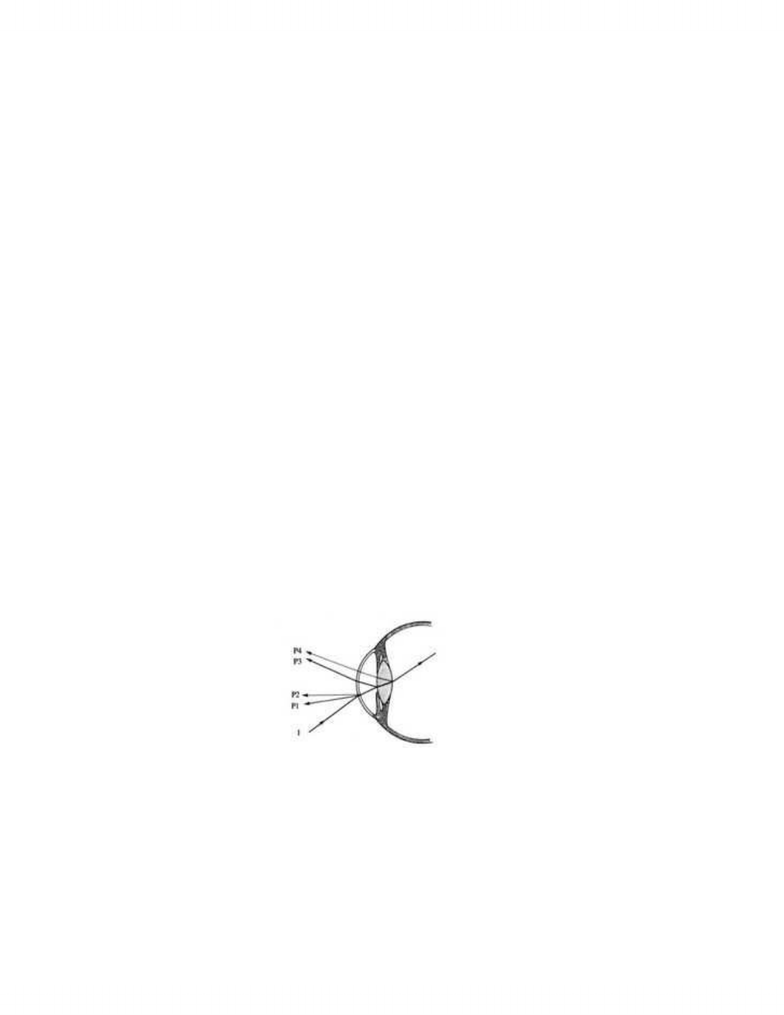 Could have filter that are blue etc.
Diffracted:
Not directly do w/ eye  it is a common phenomenon w/ waves of all sorts (it doesn’t need
to be light – for e.g. it could happen to waves in water as well)
oIt occurs when wave of some sorts encounters some kind of obstacles  waves bent or
having waves that are spread out
oFor e.g. – when waves pass through narrow aperture
Reflected
 Energy is somehow redirected it’s path when it strikes a surface usually back toward its point of
origin
oWhen light hits the desk for e.g. --. So light is absorbed & some is reflected  it
happens w/ glass surfaces, also happens w/ eye
E.g. brown desk – some brown (dark orange) wavelengths is reflected back  thus,
view the desk as brown
Purkinje reflections (is used in Purkinje eye (movement) tracking system)  these
reflection arise from the differential optical surfaces of the eyes
oE.g. outer surface & inner surface of cornea that makes already the 2 reflective surfaces
In total 4 images from the cornea & lens behind them
oThese reflection from front looks like little spot depending what kind of light source you have
 in the pic 1st & 4th reflection comes from the same light source & the position of b/w
these two depends on eye position
Could measure the position of lights spots in your camera and can determine the eye-
position  thus, determine where your eyes is looking at
www.notesolution.com
Unlock document 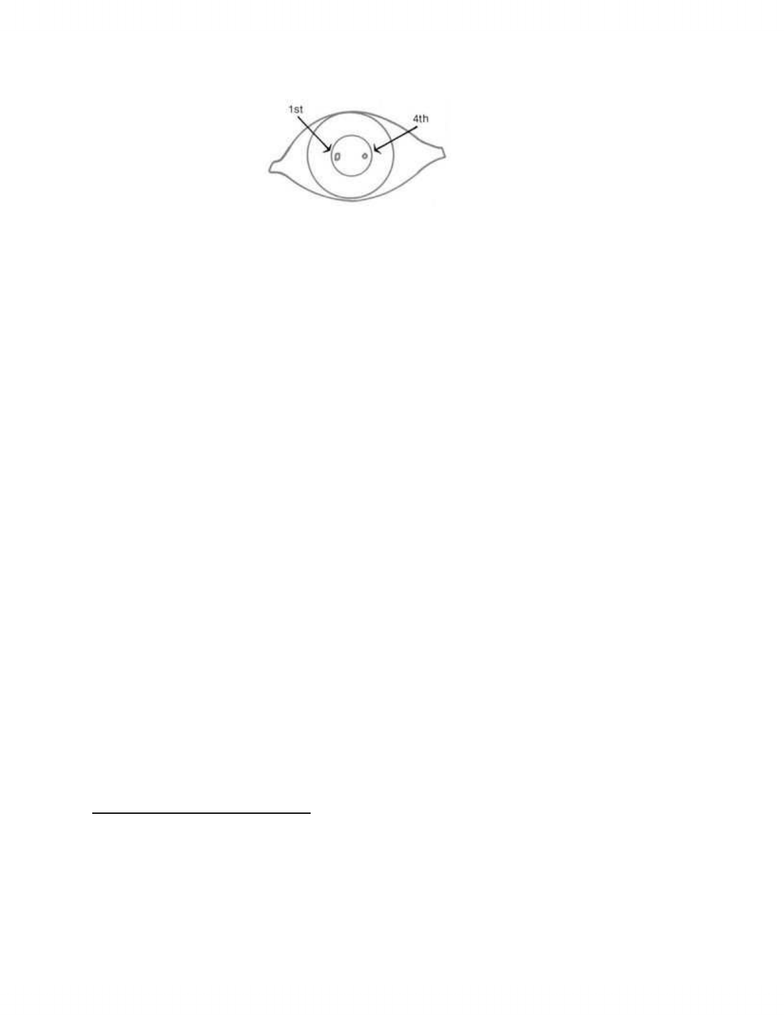 Transmitted
Energy that is passed on through a surface (when it is neither reflected or absorbed by the surface
)
oE.g. Solar Panel  light energy is not just absorbed but transform into something else
(electrical energy)
oThis is important when we talk about photoreceptors ( this where transmission happens)
Refracted
Probably the most important type of effect that happens to light  Energy that is altered as it
passes into another medium  e.g. the pencil looked bent when you put into class of water
(it is not in reality)
oE.g. light entering water from the air
oE.g. in the depth of swimming pool (looks shallow that it actually is )
oE.g. eye glass (or our entire eyes) that refracts light so can have focus image on what is the
outside world
oE.g. rainbow – light hitting droplet of water & is refracted  it looks differently
depending on the wavelength & thus, see all these different colours
Part of an eye exam it which optometrist checks the patient’s description is often called a
“refraction” because the doctor determines how much light must be bent by eyeglasses for it to be
properly focused on the retina
Refraction is necessary to focus light rays and this is done by the lens
Why is Sensing light a “good idea”?
Help us identify what we can eat or cannot eat OR find food in the 1st place
 Shape perception - differentiate b/w different shapes
(face ) recognition - important for many reason including survival value
www.notesolution.com
Unlock document