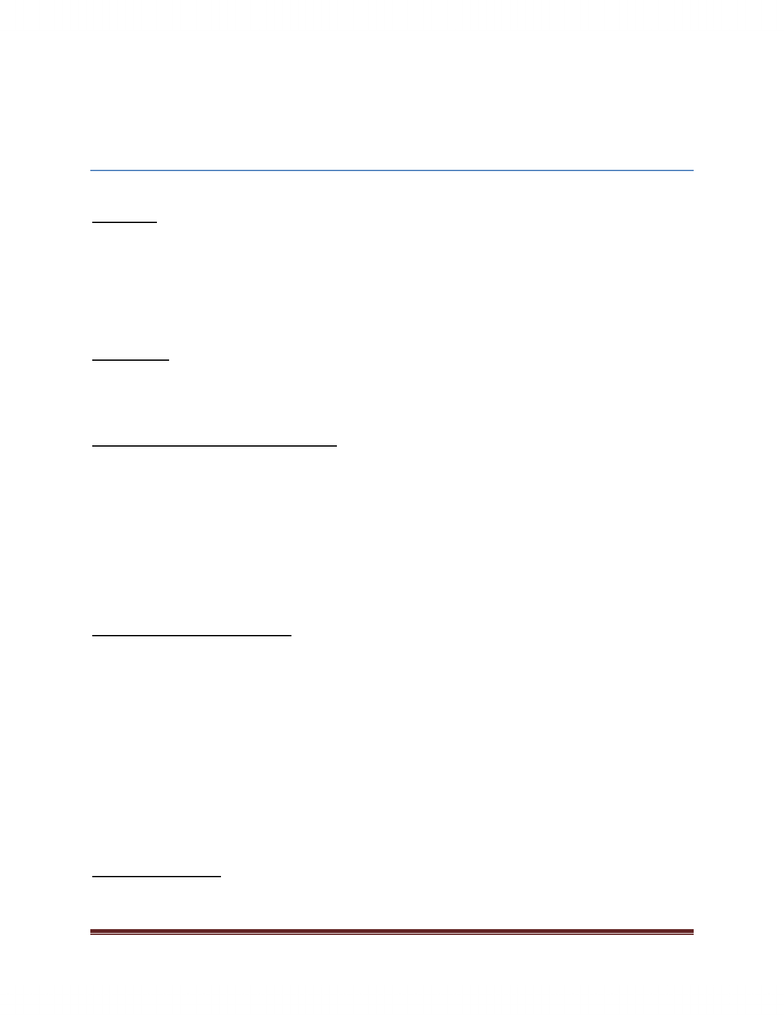 LBalaquiao Page 1
PSYC23
LECTURE 11 – Polyvagal Theory & Memory
March 29, 2012
OVERVIEW
- Vagal highlights
- Memory
o Principles
o Emotional memory study
o Infant memory study
Vagal Dollars
In a situation that is very challenging, there will be a lot of reserve in the vagus allowing the
ability to deal with the challenge
o Like having a lot of savings in the bank for emergencies
Vagal decisions/vagal gears (unconscious)
- Individual differences in vagus levels? --> having a lot of new or old vagus activity – difference in
this? --> yes there are differences --> a factor in the differences in behavioural strategies across
individuals (differences in temperament and personality for example)
o Smart use of the vagus system --> the kind of person that tends to have high resting
vagus activity and can easily let go of the vagal break when challenged in order to rise to
the occasion --> E.g., Captain Kirk
- Some just don’t have enough vagal activity --> individuals who are depressed have really low
vagal activity --> chronic stress and reactivity to the environment? Difficulty inhibiting emotions?
o Stimulating the vagus nerve artificially --> sometimes helps these depressed individuals
Quantifying Smarter vagal activity
- How do you differentiate the kinds of activity from the old and new vagus? --> can’t really tell;
measures are indirect measures of the smart vagus
- Indirect methods
o RSA = Respiratory Sinus Arrhythmia
 Breathing out --> surge in vagal nerve activation; vagal system is highly activated
--> heart slows way down --> increases heart rate variability (the time from one
heart beat to the next); the longer you breathe out, the slower your heart beats
--> gets you into a relaxed state
 Inhaling --> inhibits vagal activity --> increases heart rate --> decrease in heart
rate variability
o Heart rate variability --> Measuring time between heart beats --> indirect measure of
the new vagus
Vagal-Behaviour Links
- Remember:
o Vagus system analogous to breaks on a car
Unlock document 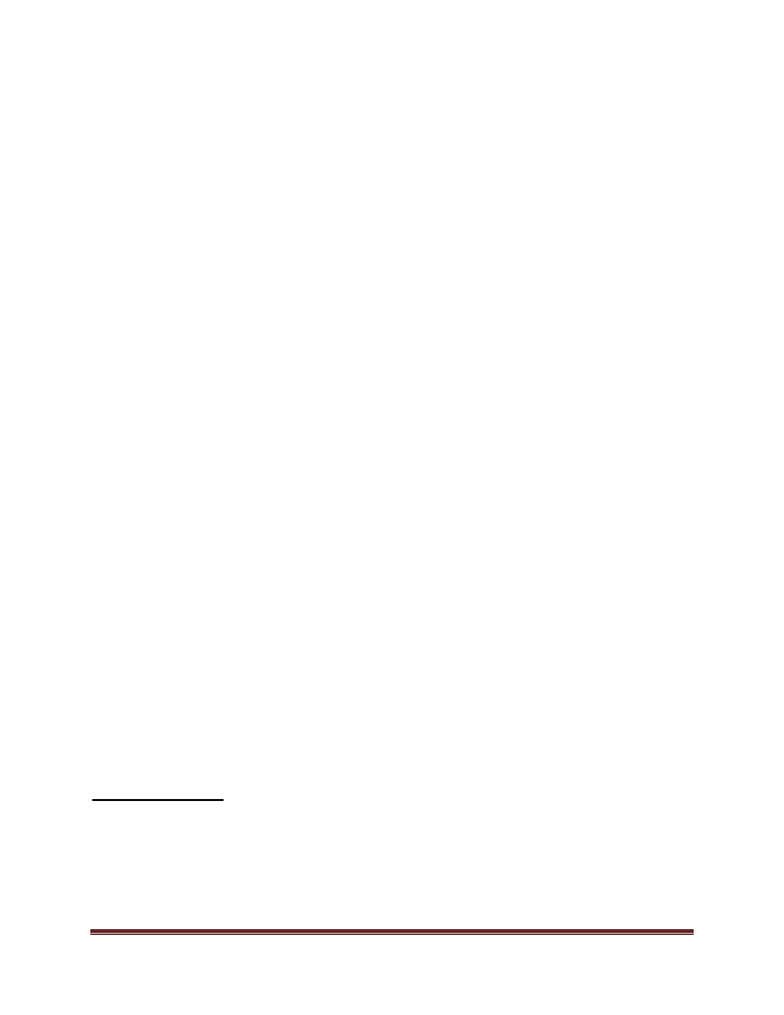 LBalaquiao Page 2
o Smart vagus keeps your heart rate down below 100 --> constant brake despite having
your foot on the accelerator
 In an emergency, all you have to do is take your foot off the brake to go
zooming when needed
o The brain nuclei are what’re controlling the vagus nerves --> which nuclei??
- RECALL: RSA = Respiratory Sinus Arrhythmia --> natural variation in heart rate during the
breathing cycle
o HRV = Heart Rate Variability --> measure of nervous system activity and heart rate
o Also a measure of PNS activity --> rest & digest behaviours
- Feeding/sucking --> vagal withdrawal; smart vagus withdraws --> temporarily causes the heart
rate to speed up
o Heart rate increases --> decreased change in RSA (or heart rate variability --> less time
between heart beats)
o Babies take their foot of the brake --> allows them to metabolize nutrients faster -->
they get aroused
o Infant calms down afterwards as a late response to feeding
- Social cognitive challenge
o Increased basal RSA; decrease in HRV --> increased heart rate --> results in being more
alert and focused
o Having a lot of vagus and being able to lift the foot off the vagus break when there is a
challenge are both very good --> increased attentiveness to what’s going on in the
environment
 Evolutionarily adaptive
- Crying (moved to tears)
o Increases smart vagus activity --> increased resting RSA; increased HRV (interesting
because despite the increased resting vagal tone, there is an increase in heart rate
variability or an increase in time between heart beats
- Seeing someone being sad (sadness)
o Respond by decreasing vagus activity --> decreased change in RSA --> more variability in
heart rate
o Kind of like a challenge --> almost like keeping you on your toes in order to
appropriately respond to environmental situations when necessary
o Smart vagus keeps you socially interactive with people despite the sadness
o Sympathetic response --> seen as a challenge because it’s upsetting
- Memory
o Better able to suppress vagus --> the better you’ll do on a memory task
UNIT 3: MEMORY
- Memory principles review
o Metaphors
o Perception vs memory
o Time dependent
o Consolidation
o Reconsolidation
Unlock document 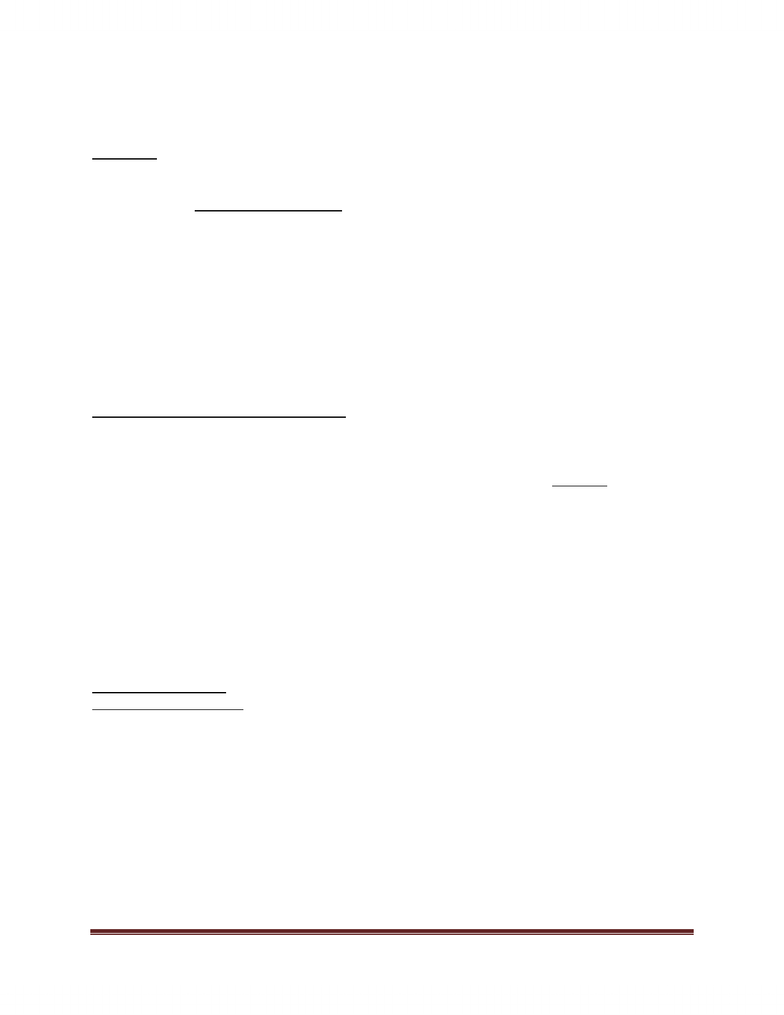 LBalaquiao Page 3
- Emotional memory
- Development of memory
Metaphors
Aristotle
- Central idea --> experience makes an impression on your soul (makes an impression on your
brain) --> WAX TABLET METAPHOR --> consolidation
o Memory = Lasting impression, much like heated wax and a seal
 To what extent is this really the case in which memory is simply the outcome of
an impression making system? --> once you get the impression, it’s all over;
permanent; immutable
 New data suggests that this is not the best model
- What is the difference between perception and memory?
o The ability to distinguish between the two doesn’t function in abnormal individuals
o Newer data suggest that perception is part of memory --> what you perceive activates
the same areas that are activated in recall --> the biology that underlies these two
processes are overlapping
For the Brain, Remembering is Like Reliving
- Medial temporal lobe --> includes hippocampus --> critical for memory (encoding and
consolidation)
- In the study in the paper
o Had a specific population that they can carry this test out on --> epileptics
o Recorded single neurons deep in the medial temporal lobe simultaneously
o Showed individuals stimuli and measured how much reaction came out of that single
neuron --> measure of perception
o Later, asked the subject to recall anything that they remember out of the surgery
 OBSERVATION: the same part of the brain that fired and got excited when the
video was watched also got excited when they began to recall the video
 Specific to certain videos and not others
o RESULTS: First evidence for the idea that the same parts of the brain fire when
perceiving and when recalling a memory --> evidence of this overlap between
perception and memory
Memory Consolidation
(Muller & Pilzecker, 1990)
- New memories are fragile or labile until ``fixed`` and stable
o Time/memory --> Unidirectional
- Wax tablet metaphor --> memory is a process
- Consolidation is an unfolding process --> some kind of image is formed over time which
corresponds to the initial perception of the image
o What is the evidence that this wax metaphor really operates this way?
- What is known:
o Forming a new memory --> unstable, easily lost and messed with; not solid
o Studies have been able to show that initial memories are very plastic and that it is not
until consolidation that you get the nice hardened memory or lasting impression --> the
melted wax has not hardened yet
Unlock document