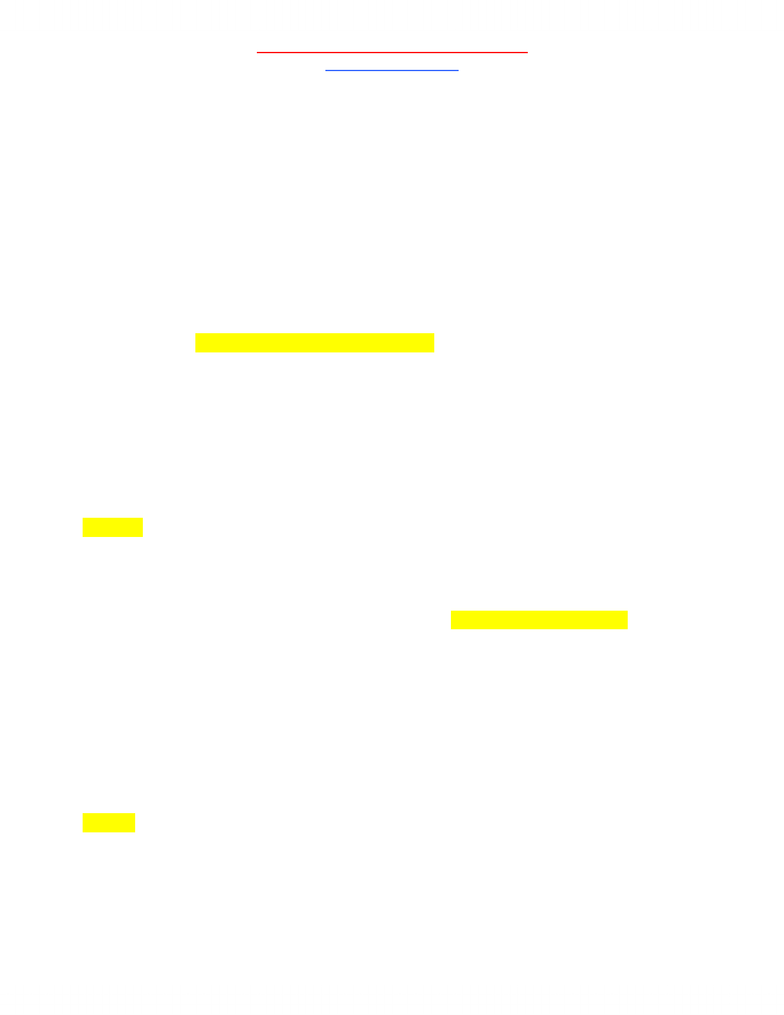 Religions – Western Traditions: ISLAM
Lecture 07,08 & 09
Arabian Peninsula
 Pre-Islamic Period = Counterpoint
 A different time before the tradition develops
 As a historian from the faith perspective that Muhammad starts to receive revelations from God at
age 40
 As a historian perspective the Pre-Islamic period is very important
 Judaism and Christianity influential
 Byzantines whom were Christians and Persians whom were Zoroastrians, two empires in the Pre-
Islamic period
 The people Muhammad try talk to about Islam were mostly polytheistic
 Scholars talk about, prior to Islam there was this cult (community of people who gather around to
perform religious activities) called Ramada
 The Merciful is one the names given to God in Islam
 One God that represents through the many deities (polytheism merging with monotheism)
 For Muslims, the Pre-Islamic period as a counterpoint; there was a certain practices that was
practiced in the Pre-Islamic period but as the tradition develops those practices were rejected and
was never practiced
 There were some practices that were continued but they were justified, clear establishment of
difference
 Islam is not another sect or branch of the religion from the Pre-Islamic period but a total new faith
 Sacred history within Islam is developed and explains what happened after the tradition has grown
in numbers
 Fabrication – building something in which we can place things, involves not only looking at the past
and interpreting to make sense with present but give the present some kind of foundation as well
 JILHAYA: Islam say that the Pre-Islam was ignorant of the teachings of Abraham such as monotheism
o Muhammad comes to solve this problem
 The Abraham myth was pre-existent before Islam but people forgot about; this period was called Age
of Ignorance
 Abraham is considered a patriarch, the first Muslim
 Islam sees itself as participating of the earlier traditions (Judaism and Christianity); Islam basically
completes and perfects from the earlier traditions
 The pagan rituals that were practiced prior to Islam were considered the practices based on the
teaching of Abraham and his son Ishmael but it was forgotten thus numerous deities and different
types of practices; pagan followers were not sure what they were actually practicing because they
forgot
 In the Hebrew Bible Abraham has to sacrifice Isaac his son for God but in Islam, Ishmael is the son,
Abraham was going to sacrifice for God
 Isaac was the father of Jacob who eventually becomes the father of the Jews whereas Ishmael
becomes the father of Arabs
 Abraham and Ishmael migrate to Arabian Peninsula and develop the notion of monotheism
 Muslim – someone who submits the theory of monotheism
 Muhammad was very aware of the Hebrew Bible, the New Testament and other interpretations of the
texts
 The Quran is not chronological
Biography of Muhammad (Sacred Biography)
 The picture of Muhammad we have is an Islamic one because scholars don’t have any other sources
 The biography provides an ethical model for Muslims to follow
Unlock document 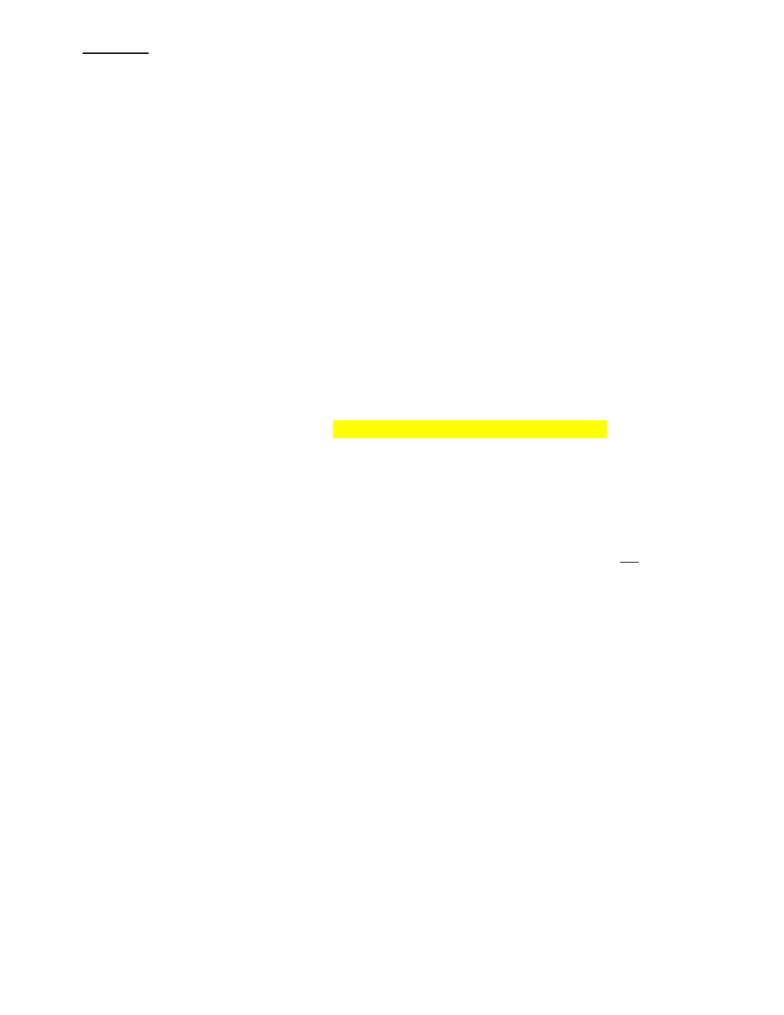  Key Thing – think of Muhammad as a prototype; perfect expression as how we should behave but
none of us can ever behave like him; an exemplar
 Muhammad (circa 570 – 632 CE), academics cannot verify this but only through the religious texts
 Islam consider Muhammad the final prophet to preach about monotheism
 Muhammad is sent to restore monotheism, as Abraham and Ishmael were the first preachers
 Arrival of the Muhammad and the revelation of the Quran was considered a gift
 IbinaShaq in 767 CE was the first author who wrote Muhammad’s biography
o Muhammad was raised by his uncle, as a young man he goes to work for Hadija
o Hadija and Muhammad marry when he is 25 and she is 40
o With her support he increases his religious contemplation
o When he is 40 he gets messages and starts talking about monotheism, messages from Angel
Gabriella in 611 CE
o The messages Muhammad is speaking of is not from him but from the direct words of God
o He orally recites these revelations
o The traditions is absolutely oral, the oral component has never left the tradition is very
essential; the sound and words of the Quran is very sacred
o During early preaching days he is met with opposition, not only him but his followers are also
persecuted
o Muhammad and his followers are forced to leave but he never gives up
o As things get really bad, his uncle and wife die; his uncle was very prominent and wife was
wealthy prominent, thus when they die he loses his foundation
o During this time he experience “The Night Journey”/ “Heavenly Essence” , the story says he is
transported to Jerusalem and from there he is transported to heaven into God’s presence
where he meets the other prophet before him
 He is part of this tradition
 This says he is in lead with the other prophets, he is authentic
 Muhammad petitions God to reduce the number times to pray from 50 to 5 (shows
Muhammad’s charismatic and persuasive personality)
 Islam is a reasonable religion, something everyone is capable to do (ex: reducing the
number of times to pray)
o Things get really bad in Mecca and a town North of Mecca invite Muhammad to come live
there which was called Yathrib now called Medina (means City of the Prophet)
o Mecca was always his hometown but Medina is the city that first welcomes him
o Migration to the Medina is called Hijrah, beginning of the Muslim calendar
o Far more significance then beginning of the calendar but also the growth of his popularity and
his importance and influences in that time/community
o Also signifies the establishment of his community, the core group that moves with Muhammad
to Medina
o In Medina he endeavors to create an agreement with the people of Medina (rules of how to
behave and act with other communities)
o Mecca people were afraid because they knew he would come back thus start of wars
o By 630 CE, Muhammad and his people can return to Mecca with more power
o People are now realizing the authenticity of his role
o In 632 CE he demonstrates the correct way to worship when he returns to Mecca
o The Habba – in the Pre-Islamic context, people would bring statues of God and bring offerings
to this house (Habba)
 As Islam develops there is a theory that Habba is built by Abraham and Ishmael and
birth place of Adam
 Therefore the statues of God must be ridden
o Muhammad does not give clear intruction who should succeed him
 Caliph means successor
Unlock document 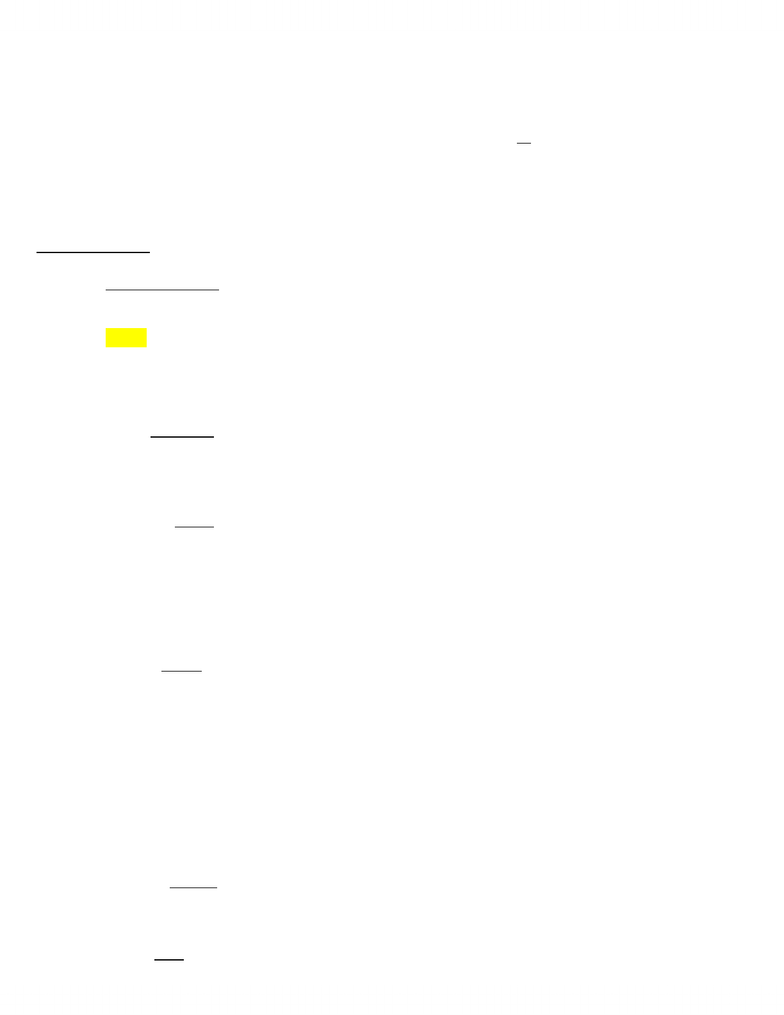  The next person who comes is not a prophet but holding his place
 A train of authority develops, as you move further away your power is not as great as
were closer to the prophet
 The closer you are to the prophet they more power and authenticity and authority
o Abu Baker becomes the first successor
 Attempting to establish itself away from Judaism and Christianity (ex: when Christianity grew among
the gentile, it began to establish itself from Judaism unlike becoming another Rabbincal or Reformed
Judaism)
 In the tradition it is considers Seal of Prophets = FINAL PROPHET
o He is the seal on the book of prophecy
Concept of Sunna
 Prophet as a model
 Hadith Literature: records the prophets behaviour and saying; it is the law
o The body of texts reporting Muhammad’s words and example, taken by Muslisms as a
foundation for conduct and doctrine; a hadith is an individual unit of literature
 Sunna is the example of the prophet
The Five Pillars of Islam
 Frames the beliefs and practices
 Concept within the tradition but develop later on (the 10th century)
I. First Pillar: Shahada: witness to faith, “There is no God but God and Muhammad is the messenger”
 Shi’ia Reforms: they say “Ali is the friend of God”
 This statement made to newborn and new converts
 It suggests a universal aspect of this tradition, about God and Muhammad
 Universal in term of application, anyone can become a Muslim
II. Second Pillar: Salah: Muslism should pray 5 times a day facing Mecca
 They face Mecca because that is where Habba is situated; central point of your world
 Initially there is instructions to pray towards Jerusalem but some Jews were hostile thus
changed to Mecca***
 Muhammad is talking about what came before
 When pray is done in a Mosque, women and men are separated
 Where there are prayer leaders but no priestly charge
 The architecture of Mosque in built toward Mecca
III. Third Pillar: Zakat: Almsgiving
 To reaffirm the hard times for Islam
 Providing charity even in tough times
 Binding the community together, generating compassion
 All wealthy Muslims are expected to give 2.5% of their income which is an obligatory tax called
zakat
 During the early centuries of Islam, the community was controlled by central autority and
revenues of zakat were dispersed to educational and civic projects
 But now as Muslims are are separated and the idea of income tax for every country is occurring,
the notion of zakat has become voluntary from obligatory
 Voluntary almsgiving is called sadaqah, a loan given to God which would be repaid on the Day of
Resurrection
IV. Fourth Pillar: Fasting
 Ramadan – not eating from sunrise to sunset
 Instills humility, generating compassion for those who are hungry
 Obligatory
V. Fifth Pillar: HAJJ
Unlock document