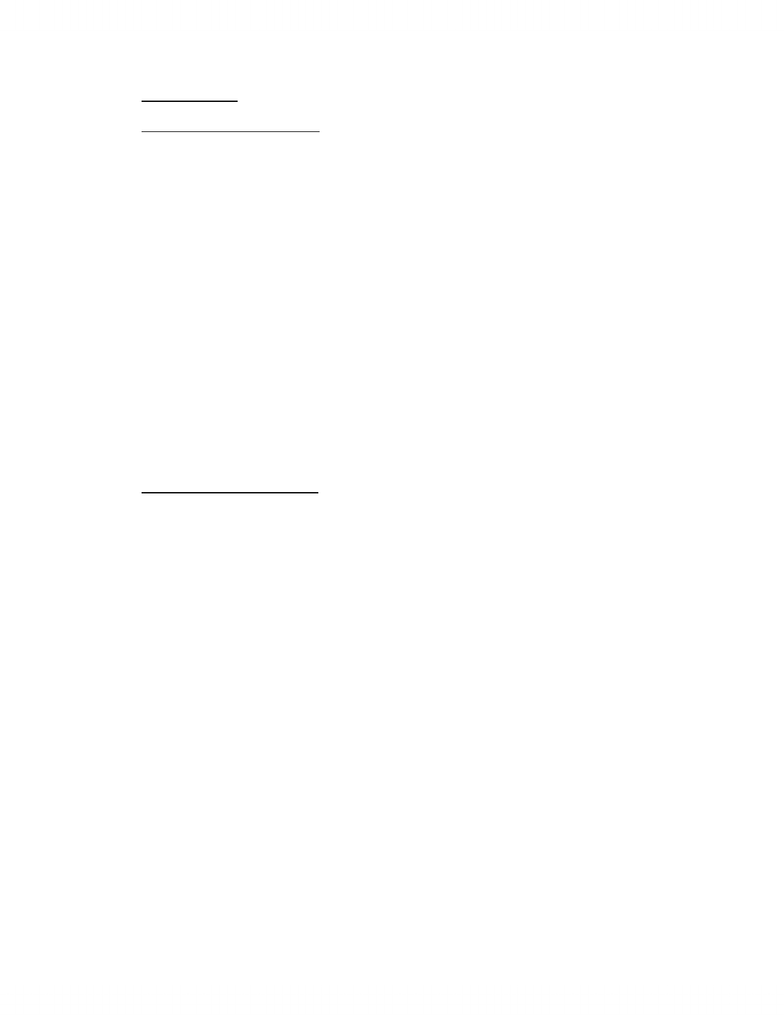 Socb22 (Week 3):
The Grip of Culture on the Body:
-
In the 1990s a fundamental disagreement emerged between feminist scholars
regarding the extent to which western beauty practices represent women's
subordinate status or can be seen as the expression of women's choice or agency.
-
By the 1990s ideas abt the power of choice influenced the thinking of many
feminists too.

The idea that women were coerced into beauty practices by the
fashion/beauty complex, for instance, was challenged by a new breed of
liberal feminists who talked abt women empowered by the feminist
movement to choose beauty practices that no longer be seen as oppressive.

The new language that penetrated feminist thinking from the pervasive
rightwing rhetoric was that of "agency", "choice" and "empowerment".

Women became transformed into knowledgeable consumers who could
exercise their power of choice in the market.
-
Feminists who continued to argue that women's choices were severely constrained
and made within a context of women's relative powerlessness and male dominance
were criticized with some acerbity as "victim feminists", that is, making women into
victims by denying their agency.
The Feminist Critique of Beauty:
-
Feminist critiques of beauty have pointed out that beauty is a cultural practice and
one that is damaging to women.
-
Andrea Dworkin's views:

Beauty practices are not online time wasting, expensive and painful to self-
esteem, but rather they define precisely the dimensions of her physical
freedom.

She further argues that beauty standards have psychological effects on
women too because "the relationship between physical freedom and
psychological development, intellectual possibility, and creative potential is
an umbilical one"

Beauty practices are necessary so that the sexes can be told apart, so that
the dominant sex class can be differentiated from the subordinate one.

Beauty practices create, as well as represent, the difference between the
sexes.
-
Sandra Bartky's views:

It is possible she says to be oppressed in ways that don't involve physical
deprivation, legal inequality, or economic exploitation, one can be
oppressed psychologically.

The psychological oppression of women consists of being "stereotypes,
culturally dominated, and sexually objectified."

She explains cultural domination as situation in which, "all the items in the
general life of our people- our language, our institutions, our art and
www.notesolution.com
Unlock document 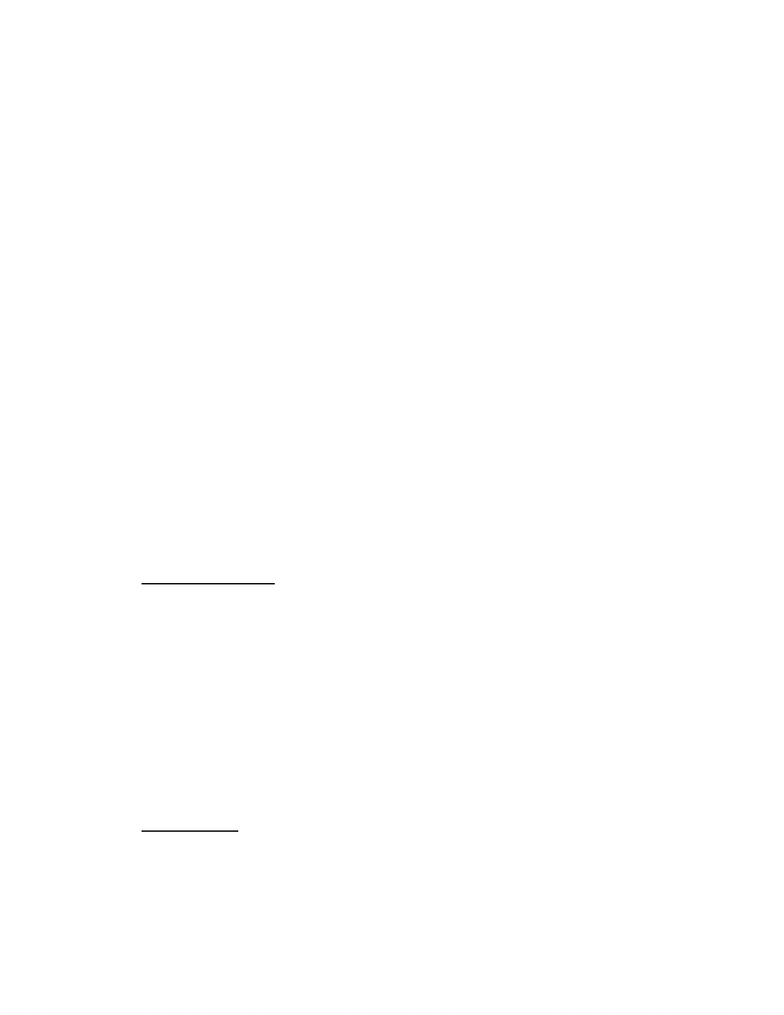 literature, our popular culture- are sexist; that all to a greater or lesser
degree, manifest male supremacy.

Bartky defines the practice of sexual objectification- a person is sexually
objectified when her sexual parts or sexual functions are separated out from
the rest of her personality and reduced to the status of mere instruments or
else regarded as if they were capable of representing her.

Catherine Mackinnon calls this being "thingified" in the head. They learn to
treat their own body as objects separate from themselves.

The fashion-beauty complex promotes itself to women as seeking to, "glorify
the female body and to provide opportunities for narcissistic indulgence but
in fact its aim is to "depreciate woman's body and deal a blow to her
narcissism so that she will buy more products".
-
Naomi Wolf's views:

The most powerful feminist work on beauty to be published after Dworkin
and Bartky's work is Naomi Wolf's "
The beauty myth".

She argues that women are required to engage in beauty practices and that
this requirement was tightened in the 1980's as a backlash against the
threat of the women's liberation movement and the greater opportunities,
particularly in the workforce, that women were now accessing.

She suggests that women are coerced into beauty practices by expectations
of women in the workplace.

There was a "professional beauty qualification" which accompanied wpmen
into the workplace.

Despite her critique on the beauty practices she does not find them harmful,
but only if they are forced on women rather than freely "chosen".
The Personal is Political:
-
The feminist critique of beauty starts from the understanding that the personal is
political.
-
While liberal feminists tend to view the realm of "private" life as an area in which
women can exercise the power of choice untrammeled by politics, radical feminists
such as Dworkin and Bartky seek to break down the distinction between
public/private which, they argue is fundamental to male supremacy.
-
Radical feminist critics argued that, on the contrary, the "personal" that is, the
behaviors of this "private" world, were indeed "political".
-
Recognizing the "personal as political" allowed women to identify, through
consciousness raising groups and the exchange of experiences, that what they tok to
their own failing, were not just individual experiences.
"New" Feminism:
-
Radical feminism, which identified the workings of male dominance throughout
women's lives, was always opposed by varieties of feminism that sought to privatize
and depoliticize sexuality and beauty practices.
www.notesolution.com
Unlock document 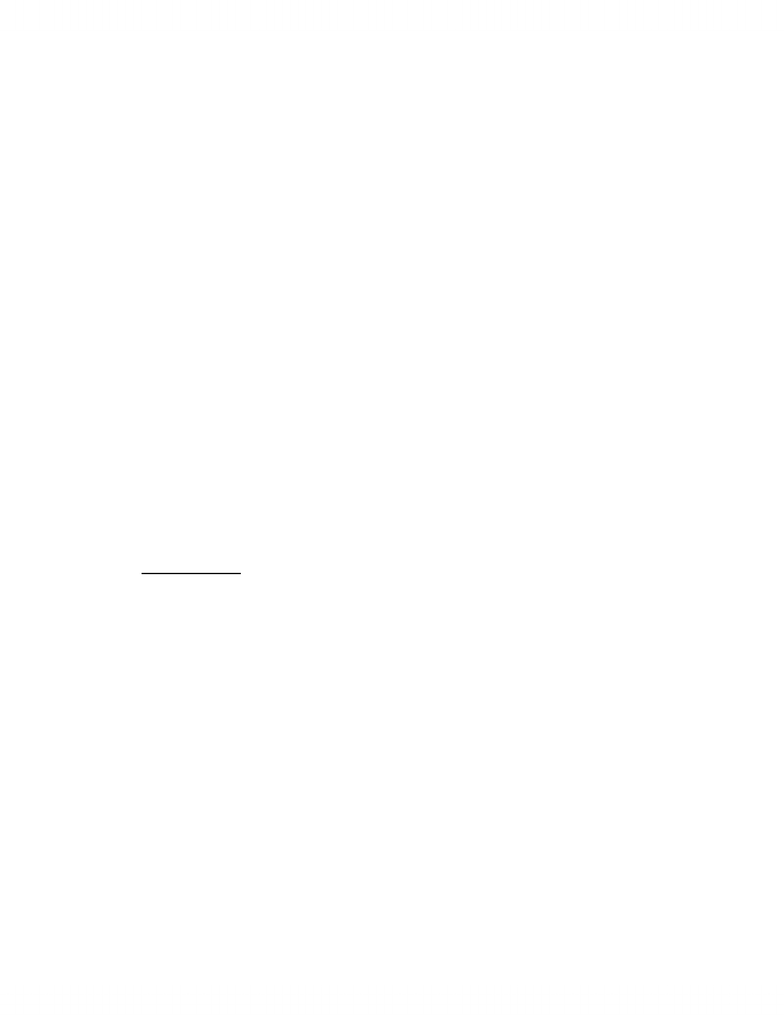 -
"New" feminism argued that women had achieved huge advances by the late 20th
century towards equal opportunities with men in the public world of work.
-
In the "new" feminism women's private lives were now simply the result of "choice"
and should be off limits for feminist analysis or action.
-
One of the "new" feminists is Natasha Walter (British):

It was based on a firm reinstatement of a line between the personal and
political.

The personal which should be exempt from political critique, covered "dress
and pornography".

She sees that women will have more power when they can earn more.

They can still indulge in beauty practices without feeling guilty.
-
Karen Lehrman (American)-

Argues that make up is entirely compatible with feminism.

Feminists she says, need to, "learn to respect women's choices- from
wearing sensuous gowns to staying at home to raise their children."

She blames female oppression on their failure to exercise their personal
power.

Beauty she says is "a reality, a gift from God, nature, or genius that, to some
extent, transcends culture and history."

Women and men desire beauty because it is necessary for reproduction.

Women want to be chosen and men are programmed to choose "beautiful"
women.

The problem for women, it turns out, is that there is intrusion into the
sanctity of their personal lives, not just by government but by something
called "society" which "includes feminist theories."
The Cultural Turn:
-
The move towards putting emphasis on women's capacity to choose and express
agency than on the form of coercion that caused women to engage in beauty
practices is an aspect of that post modern takeover of leftwing thinking that Fredric
Jameson has called "the cultural turn".
-
Postmodern thinking rejects the notion that there is such a thing as a ruling class
which can create dominant ideas.
-
Marxist cultural theorists who reject postmodernism, explain that this set of ideas
emerged to serve a particular stage of the history of capitalism
-
Denise Thompson has argued powerfully the case for retaining the concept of
ideology for feminist theory.

She considers postmodern mystification "to abandon the concepts of
"agents and interests" is to abandon politics.

Thompson criticizes the effect this has abandonment of the concept of
ideology has on feminist theorizing of popular culture.

Thompson shows the problem of this tendency in the work of Michele
Barrett (a British social feminist):

Barrett criticizes feminist theorists for regarding "cultural phenomena such
as soap opera, royalty or romantic fiction" as representing a subordinating
www.notesolution.com
Unlock document