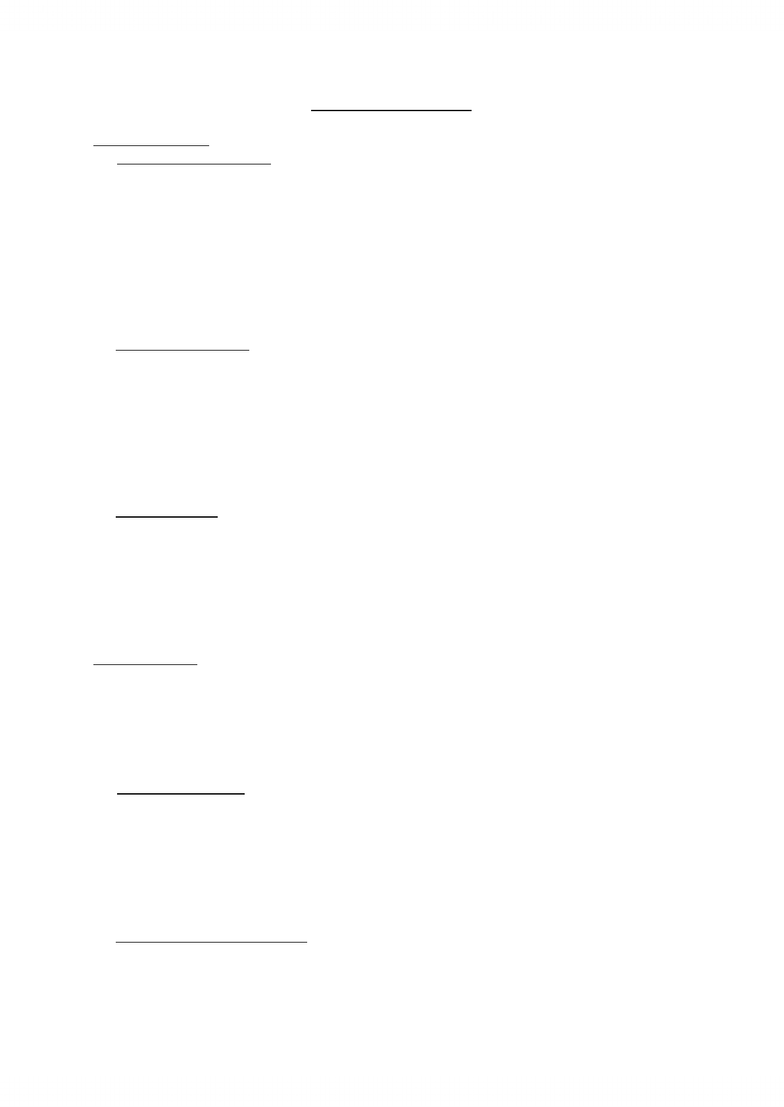 Chapter 16 ± Star Birth
Where Stars Form
The Interstellar Medium
x The gas and dust that fill the spaces between stars within a galaxy is the
interstellar medium.
x The gas between the stars is composed mostly of hydrogen and helium.
x We use spectroscopy to measure the new elements that stars have added to the
interstellar medium.
DIAGRAM 16.2 ± absorption line measurement
x The interstellar medium in our region of the Milky Way consists of 70% hydrogen,
28% helium, and 2% heavier elements.
Star-Forming Clouds
x Molecular Clouds are where stars are born in, because these clouds are cold
enough and dense enough to allow atoms to combine together into molecules (10-
30 K).
x Molecular hydrogen is the most abundant molecule, due to large amounts of
hydrogen and helium and that helium atoms do not combine into molecules.
x By radio emission lines, more than 120 molecules have been identified, which are
carbon monoxide (CO), water, ammonia, ethyl alcohol, etc.
Interstellar Dust
x About half the atoms of elements heavier than helium are found in tiny, solid
grains of interstellar dust.
x 7KXVRIDPROHFXODUFORXG¶VPDVVLVFRQVWLWXWHGE\LQWHUVWHOODUGXVWJUDLQV
since the atoms heavier than helium make up about 2% of the mass of the
interstellar medium.
DIAGRAM 16.5 ± visible light image vs. infrared image
Why Stars Form
x Gravity causes the cloud to contract, continuing until the central object becomes hot
enough to sustain fusion in its core, at which point it has become a star.
x However, star formation does not occur everywhere because gravity is not strong
enough to overcome the internal pressure of interstellar gas, but in molecular clouds,
gravity can win the battle against pressure and start the formation of stars.
Gravity vs. Pressure
x Gravity can create stars only if it can overcome the outward push of the pressure
within a gas cloud, which depends on the density and the temperature of the cloud.
x Thermal pressure can resist gravity in most interstellar gas clouds, because their
gas densities are comparatively low, keeping gravity quite weak.
x However, in molecular clouds, where gas densities are tens to thousands of times
greater than average, gravity is strong enough to overcome pressure.
Preventing a Pressure Buildup
x Regions of a molecular cloud in which the gravitational attraction is stronger than
the thermal pressure are forced to contract.
www.notesolution.com
Unlock document 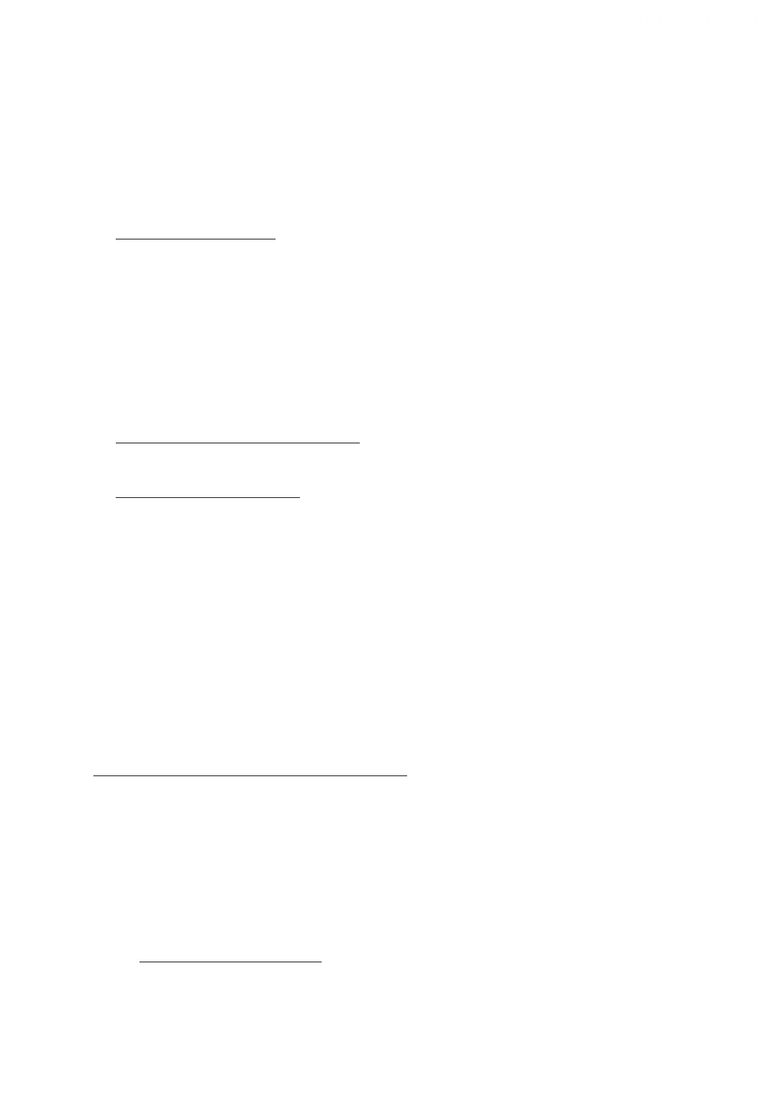 x $VJUDYLW\PDNHVDJDVFORXGVKULQNLWFRQYHUWVVRPHRIWKHFORXG¶VJUDYLWDWLRQDO
potential energy into thermal energy, and if this thermal energy cannot be released,
then it builds up inside the cloud, raising the temperature and ultimately stopping
the formation of star.
x Molecular clouds differ in its ability to rid themselves of any thermal energy that
builds up.
Clustered Star Formation
x Most stars are born in clusters containing thousands of stars, because of the
difficulty that gravity has in overcoming thermal pressure.
x Greater mass means stronger gravity which can more easily overpower thermal
pressure, supporting the reason for clustered star formation.
x Thus, gravity can overcome thermal pressure only in clouds with a minimum mass
of around 100 times the mass of the Sun.
DIAGRAM 16.8 ± another way to resist gravity.
x Magnetic field lines threading a molecular cloud can hinder its collapse by
preventing particles from traveling perpendicular to the field lines.
Fragmentation of the Molecular Cloud
DIAGRAM 16.9
The First Generation of Stars
x Our Sun and many other nearby stars have about the same composition that we
find in interstellar clouds today: 70% hydrogen and 28% helium, and 2% heavier
elements.
x However, the very first generation of stars must have been born before any heavy
elements had been produced (from lives and deaths of stars), so they must have
been containing only hydrogen and helium.
DIAGRAM 16.11
x The first generation of stars must have been born in clouds that never cooled
below a temperature of about 100 K.
x The high temperature of these molecular clouds requires that stars form in cloud
fragments of larger masses.
x With very large masses means very short lifetimes and therefore explains why
there is no trace of the first generation of stars.
Slowing the Contraction of a Star-Forming Cloud
x As long as it remains cold, a cloud fragment will continue to collapse.
x Gravitational contraction converts gravitational potential energy into thermal
energy within the cloud, but photons carry it away which allows it to maintain at
low temperature.
x However, growing density as cloud contracts make emission line photons hard to
escape, because photon will more likely run into a molecule that can then absorb it
and leave it in an excited state ± thermal energy.
x Thus, temperature and pressure increases.
Trapping of Thermal Energy
x The central region of the cloud fragment eventually grows dense enough to
trap almost all the radiation inside it.
www.notesolution.com
Unlock document

N the gas and dust that fill the spaces between stars within a galaxy is the interstellar medium. N the gas between the stars is composed mostly of hydrogen and helium. N we use spectroscopy to measure the new elements that stars have added to the interstellar medium. N the interstellar medium in our region of the milky way consists of 70% hydrogen, N molecular clouds are where stars are born in, because these clouds are cold enough and dense enough to allow atoms to combine together into molecules (10- N molecular hydrogen is the most abundant molecule, due to large amounts of hydrogen and helium and that helium atoms do not combine into molecules. N by radio emission lines, more than 120 molecules have been identified, which are carbon monoxide (co), water, ammonia, ethyl alcohol, etc. N about half the atoms of elements heavier than helium are found in tiny, solid grains of interstellar dust.

11. What makes a red giant star so large?
ARed giants are rapidrotators, and centrifugal force pushes thesurface of the staroutwards.
BThe star has many timesmore mass than the Sun.
CThe hydrogen-burningshell is heating the envelope and making itexpand.
DThe helium-rich core hasexpanded, pushing the outer layers of thestar outwards.

The galactic magnetic field in some region of the interstellar space has a magnitude of 1.00 x10^-9 T. A particle of interstellar dust has a mass of 15.0 µg and a total charge of 0.340 nC. How many years does it take for the particle to complete a revolution of the circular orbit caused by its interaction with the magnetic field?

2. At what stage in its life does a star pass through theprotostarphase?
AAfter condensationbut before nuclear reactions begin in itscore.
BWhile it is convertinghydrogen into helium in its core.
CAfter nuclear reactionsend in its core, but before the red giantphase.
DWhen it is expanding insize as a red giant or supergiant.3. The characteristics of an open cluster of stars are
Aa few hundredmembers, often very young and still embedded in thegas and dustfrom which they were formed.
Bmany thousand members, ofdifferent ages.
Ca few dozen members, theremnant of a globular cluster of starsfrom which most of themembers have escaped.
Dhundreds of thousands ofmembers, all very old, and no or verylittle interstellar gas anddust.4. What is a protostar?
AA star near the endof its life, before it explodes as asupernova.
BA sphere of gas aftercollapse from an interstellar cloud butbefore nuclear reactionshave begun.
CA small interstellarcloud, before it collapses to become astar.
DA shell of gas left behindfrom the explosion of a star as asupernova.5. What is an H II region?
AA region of hot,ionized hydrogen around one or more O and Bstars.
BA region of molecularhydrogen inside a giant molecularcloud.
CA region of neutral,atomic hydrogen in interstellar space.
DA region of gas and dustformed by the explosion of a massive star.6. The total time that the Sun will spend as a main sequencestaris
Aabout 4.5 millionyears.
Bat least 200 billion yearsyears.
Cabout 1 millionyears.
Dabout 10 billionyears.7. How is a star's lifetime related to its mass?
AThe lifetimes ofstars are too long to measure, so it is not knownhow (or if) theirlifetimes depend on mass.
BA star's lifetime does notdepend on its mass.
CLower-mass stars runthrough their lives faster and have shorterlifetimes.
DHigher-mass stars runthrough their lives faster and have shorterlifetimes.8. In the Hertzsprung-Russell diagram, how does the position ofatypical star change while it is at the main sequence phase ofitsevolution?
AA star's position onthe main sequence is determined only by itsmass and not its age,and so, stars do not move along the mainsequence duringevolution.
BMassive stars (4 solarmasses) move toward the upper left as theirluminosity increases,while lower-mass stars move toward the lowerright as theirtemperature decreases.
CStars move from upperright to lower left while they are on themain sequence.
DStars move from upper leftto lower right while they are on themain sequence.9. Why does the core of the Sun contain more helium andlesshydrogen than does the surface of the Sun?
AHelium condenses moreeasily so, when the Sun was forming the corebecame helium-rich;vast quantities of hydrogen were added onlyafter the core becamemassive enough.
BThe hydrogen has beenlifted out of the core by the Sun's magneticfield.
CHelium is heavier thanhydrogen, and has sunk toward the center ina process of chemicaldifferentiation.
DThermonuclear reactionshave converted much of the originalhydrogen in the core intohelium.10. In terms of nuclear reactions, what is the next stage ofastar's life after the end of hydrogen burning in thecore?
AHydrogen burning ina thin shell around the core.
BHelium burning in thecore.
CCarbon burning.
DDeath (it becomes eithera supernova or a white dwarf).