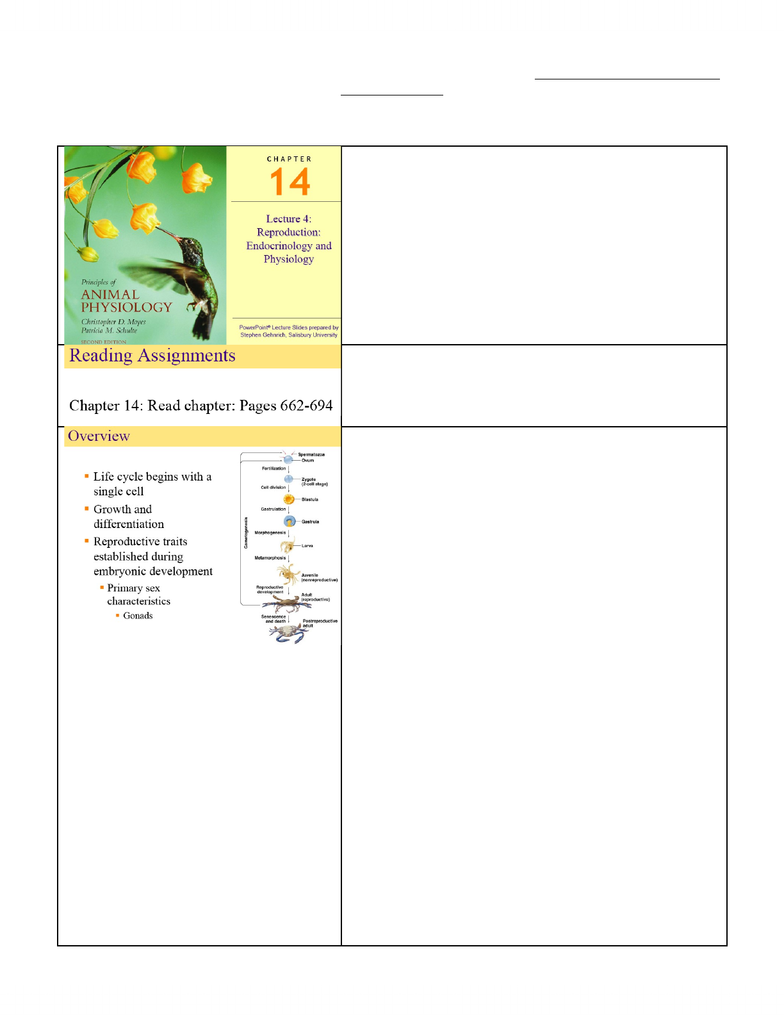 Wednesday, November 18, 2009
BIO270 Lecture 4
**Continuation from Lecture 3 Recording**
- Okay chapter 14.
- The whole chapter is basically on it – this covers the whole
area.
- We’re going to be talking about this for the next 20 minutes as
well as probably a good chunk of the lecture, not next week but
the week after.
- He already talked about a number of these things. Obviously
there are a number of very elaborate processes from the time that
a cell develops to the point where a multi-cellular organism
continues. There are several different stages in life history &
depending upon the type of organism, reproduction will affect the
organism differently at different stages.
- It’s involved at all stages, so we have essentially fertilization &
that occurs in a number of different ways.
- There is a guy he knew who wrote this book called Sperm Wars.
This guy, he was at the last university where he was at & he
wrote this book & it was a best seller – it sold so well that he had
a career as a writer after that but it was a highly controversial
book. One of the reasons why it was controversial was because
the way he conducted his research – he never published it in per-
reviewed journals. Instead what he did was that he put an ad out
in Cosmopolitan that said “Ladies, is your husband being
unfaithful to you?”, something along these lines, “send me a
sample of his sperm & I will analyze it.” You can imagine all
these samples coming from all over the world – some of them
have been fixed, others have not, & he looks at a handful of these
things & created a grandiose theory based on this & was saying
you know when there are multiple partners that occurs in a short
period of time that sperm have the ability to out-compete other
sperm. Well this occurs with a number of animal species but it
has never been shown for humans. He wrote this book called
Sperm Wars that you know even if you can go & meet some girl
before the next guy does, you can’t necessarily guarantee that
your sperm will carry the job out for you. He wrote that book & it
sold very well & it was so controversial that he was asked to keep
a low profile at the university. He wrote another book about a
professor who was being marginalized by all these other
colleagues – don’t know where he got that idea from. Anyways
Unlock document 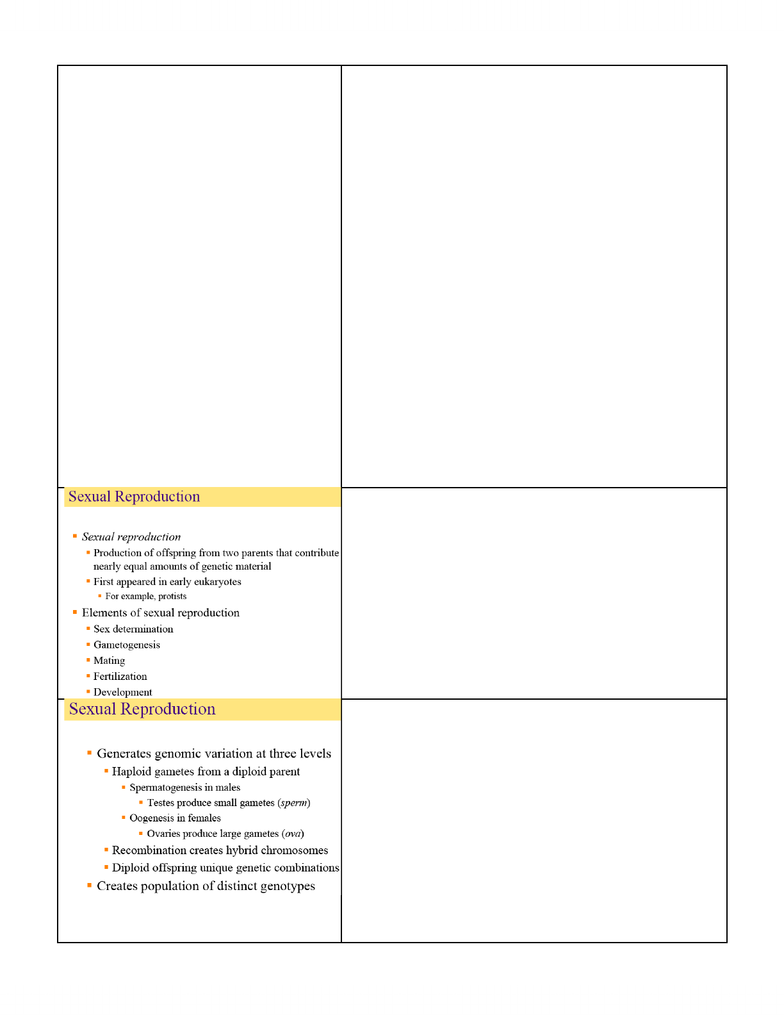 you might see the book out there – it’s still in print, it’s seen by
the prof periodically but there aren’t many scientific factors to
support what he’s saying.
- We’re not going to be talking about the development of
reproduction in this course, but you should be aware that there is
a variety of different developmental stages. We have a number of
developmental courses in CSB since that is one of our strengths
in that department so if you’re interested then take some of those
courses.
- & there are some very interesting aspects in terms of
development of the reproduction system. Reproductive systems
that will occur in early life history, then juvenile & then adult &
then eventually you get to death.
- We’re showing a crab here but the reality is that it’s the same
basic stages for any type of organism.
- So there are a couple of things to think about. Growth &
differentiation, reproductive traits that are established during
embryonic development – how those systems are turned on
during embryonic development can have an effect on what it will
do as an adult.
- A number of these hormones that are responsible for
development can change very much the efficacy of the
reproductive system & the primary sex characteristics, the
functional aspects of reproduction are the gonads, though there
are all the secondary sex characteristics & organs which are
responsible to improve the efficiency of procreation.
- Okay now we’re mostly going to be talking about sexual
reproduction in this course, he may talk about asexual
reproduction.
- Sexual reproduction is the production of offspring from 2
parents that contribute nearly equal amounts of genetic material.
We say nearly b/c in the mammalian system, for example, most
of the mitochondrial DNA is contributed by the mother, not the
father. There is a small amount by the father, but it’s almost
insignificant amount.
- There are a couple of components of sexual reproduction that
we will consider: listed in slide.
- Mostly we’re going to focus on how the circuits all fit together
but there are a number of components that need to be considered.
- Now why do you have sexual reproduction? Well we can spend
the entire course talking about that – there have been great tomes
that have been written about why sexual reproduction is so
common. People continue to argue about that so he won’t get into
that debate because that will be the end of the course, we just
wouldn’t be able to complete the rest of the course.
- However, a simple way of looking at it is that it generates
genomic variation. As long as the genes are mixing, there is lots
of genomic interaction & variation & that allows for multiple
phenotypes & allows for greater adaptive ability as the organisms
go forth & come across different types of environments.
- So there are haploid gametes formed from a diploid parent &
this is referred to spermatogenesis in males where testes produce
the small gametes (sperm) & what’s called oogenesis in females
& the ovaries produces the large gametes (ova).
Unlock document 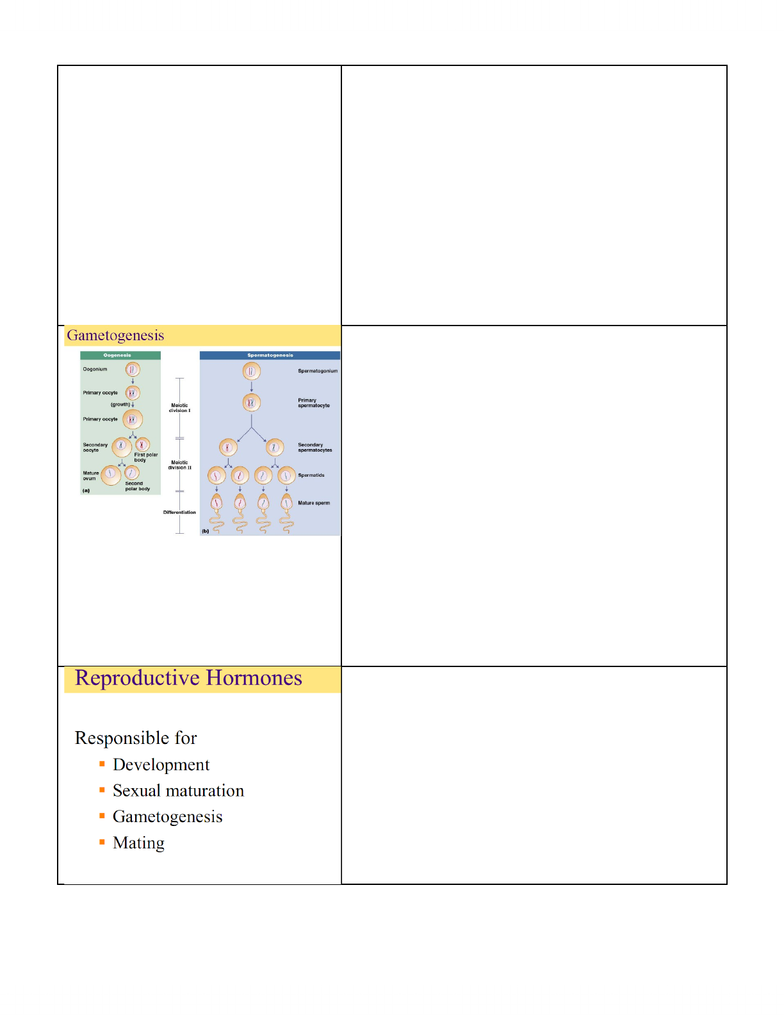 - It’s been argued that when you look at the development of
gametes, if you take any type of system, it widely would have a
large one & a small one. Why not just have 2 gametes of roughly
the same size? What they find is that when they look at various
models, the most stable situation is where one is small & one is
large – small one is much more mobile & can use all the energy
for motility whereas the larger one is much more stable, it has
nutrition & has a greater survivability & again people love to
write a lot of thesis about these sorts of things. Essentially when
you look at it, it always gets divided into small & large – large is
what we associate with females & small is with males. From a
biological point of view, it’s almost arbitrary.
- The recombination creates various hybrid chromosomes & we
get a number of different genetic combinations. This allows very
large number of genotypes which help the fitness of the
population.
- With gametogenesis, it’s slightly different.
- In the female, with oogenesis, we start off with the primary cell
here this is the very primitive cell – we call the oogonium which
is laid down in the embryo. That will lead to a diploid cell which
is the primary oocyte, okay so this will continue to grow. It will
then divide where we have the secondary oocyte here & then this
will degrade & here we’ll have the mature ovum & then a polar
body here.
- So one cell here, interestingly in mammals, the oogonium, like
he mentioned, were in the female are all laid down in embryo so
the full complement of eggs that a female will have are already
there at birth & there will not be more after that.
- The male situation is somewhat different, well quite different
actually. It produces sperm for the rest of their lives, starts off as
a spermatogonium & then leads to a primary spermatocyte here
& then it divides here with our meiotic phase II into a secondary
spermatocyte & then divides again & now we have our four
haploid cells here & then these spermatids then develop into
mature sperm & really, it’s just a nucleus within a little missile
more than anything else, just a carrier of the genetic information
& very highly specialized to carry that information.
- Reproductive hormones are responsible for all of these things.
- So development to ensure that the reproductive system is all in
place – to make sure that all the tubes are in place, the gonads are
all in place, the support tissues are all in place.
- Sexual maturation: not only do all the systems have to be in
place but there has to be the required behaviour, musculature in
order to use that.
- Then gametogenesis obviously.
- Then the mating & the behaviour & the parental behaviours as
well which is required that is also under the actions of some of
the reproduction hormones.
Unlock document