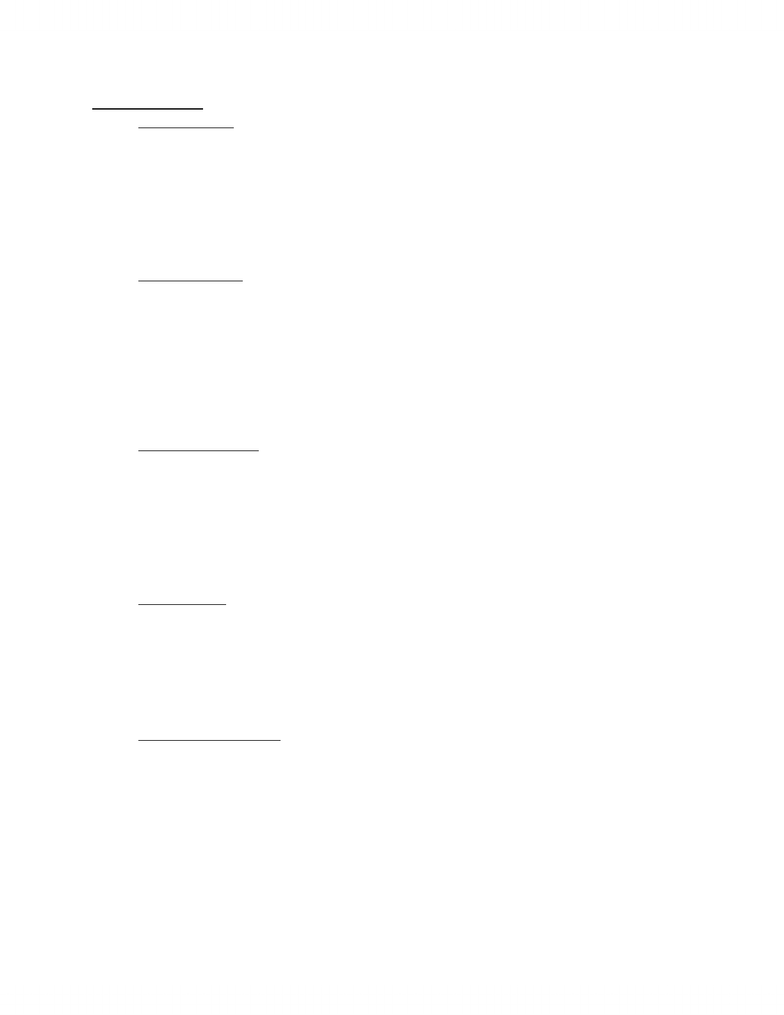 Julius Caesar
•The Early Years
•102/100 BCE: born into a noble but not very rich or influential family
•his family hadn’t been powerful for a while
•c. 85 BCE: proscribed by Sulla; hides; eventually pardoned
•slipped through the civil war
•79BCE: military service; an embassy to Nicomedes, king of Bithynia
•Caesar said to have had an affair with King Nicomedes
•78BCE: death of Sulla and return of Caesar to Rome
•The Political Rise à making a number of connections
•72BCE: military tribune
•67BCE: guaestor; gets a seat in the house
•marries a granddaughter of Sulla
•supports Pompey’s command against the pirates
•65BCE: aedile and lavish games
•doesn’t necessary have a lot of money, but a lot of political capital (loans etc.)
•63BCE: elected chief priest (pontifex maximus)
•62BCE: praetor
•The Leading Citizen
•60BCE: joins with Pompey and Crassus to form “The First Triumvirate”
•they pool their vast resources and influence for mutual support
•extra-constitutional
•59BCE: elected consul
•his daughter given to Pompey in marriage
•further cements the Triumvirate
•58BCE: the beginning of 9 years of generalship in Gaul
•results in a lot of money and power (especially many power)
•Caesar Abroad
•58BCE: the Triumvirate renewed
•54BCE: expedition to Britain
•death of daughter Julia (who was married to Pompey)
•death of Crassus killed fighting the Parthians
•52BCE: civil unrest in Rome; Pompey is sole consul
•51BCE: Gaul is subdued’ Caesar plans his return
•Caesar Wants to Return
•Problems
•wants to run for consul
•he has to lay down his command to run for office
•if he lays down his command, his enemies promise to prosecute him (sue him
for a number of things)
•Caesar proposes that he be allowed to run for office thought not in Rome, this
is not allowed (only in certain exceptional cases), and he cannot secure an
exception in his case
•49BCE: Caesar enters Italy without laying down his command: Civil War breaks out
(where the text begins)
www.notesolution.com 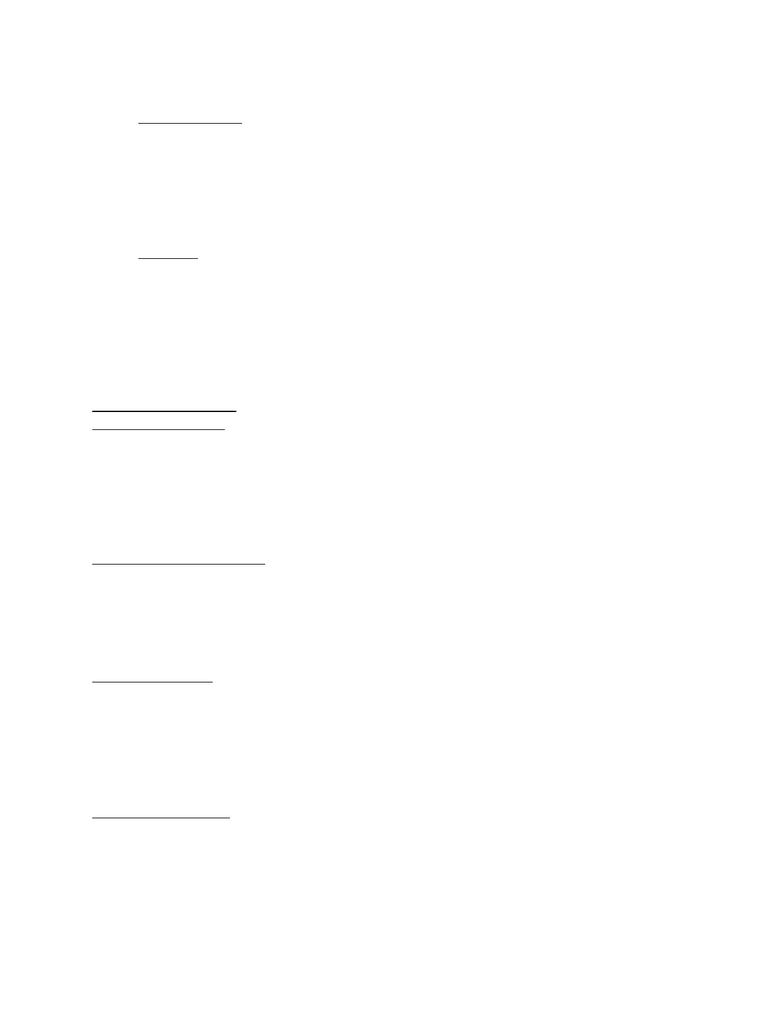 •The Civil Warrior
•49BCE: Pompey and his faction flee Italy; Caesar taks Rome; has himself named
dictator
•48BCE: Pompey and his army lose a decisive battle in Pharsalus
•in some ways, end of civil war but a lot of mopping up to do
•48BCE: Pompey flees to Egypt and is killed there
•47BCE: fighting in Africa against the senatorial resistance led by Cato
•In Charge
•46BCE: Caesar returns to Rome for a fourfold triumph (over his various foreign foes)
•45BCE: dictator for the 3rd time; consul for 4th
•rules without consulting the senate
•defeats two sons of Pompey and celebrates a triumph (over his Roman foes à
disturbing)
•44BCE: named dictator for life; assassinated
Caesar - Civil War
Caesar - Writing Style
•considered one of the most eloquent men of his age, on top of being a supreme military leader
•key: not that he is lying to you, but shaping the story in such a way that you are lead to a
conclusion at the end
•done in third person but in first person à lends air of objectivity to it
•simple words, pure and clean, not a wide range of words
*however the text, quite obviously, is not objective
Presentation of the Civil War
•portrait of how maybe things can work (from a certain perspective)
•not a lot of blood and gore
•and when there are battles, he does not draw attention to the gore
•relatively bloodless à Caesar reluctant to do battle
•people go over to him instead of fighting
Issue of Foreignness
•doesn’t seem as much of a civil war as it could
•fight in Spanish fashion or use foreign weaponry
•give impression that the other side isn’t really Roman in the same way
•insistence upon social connections and networks
•bringing people together, maybe helping to avoid war
•instead of brother-killing-brother, reward for slave killing his master, etc
Passages from the Text
•opening: whats happening at Rome, and Caesar’s reaction to it
•mutiny in 27(?)
•Caesar’s address to the senate
•44-45: ---‘s foreign troops vs. -----‘s manly men
•71-76: clemency vs ---
•C trying to avoid spilling blood vs. other guys who will have nothing of it
www.notesolution.com 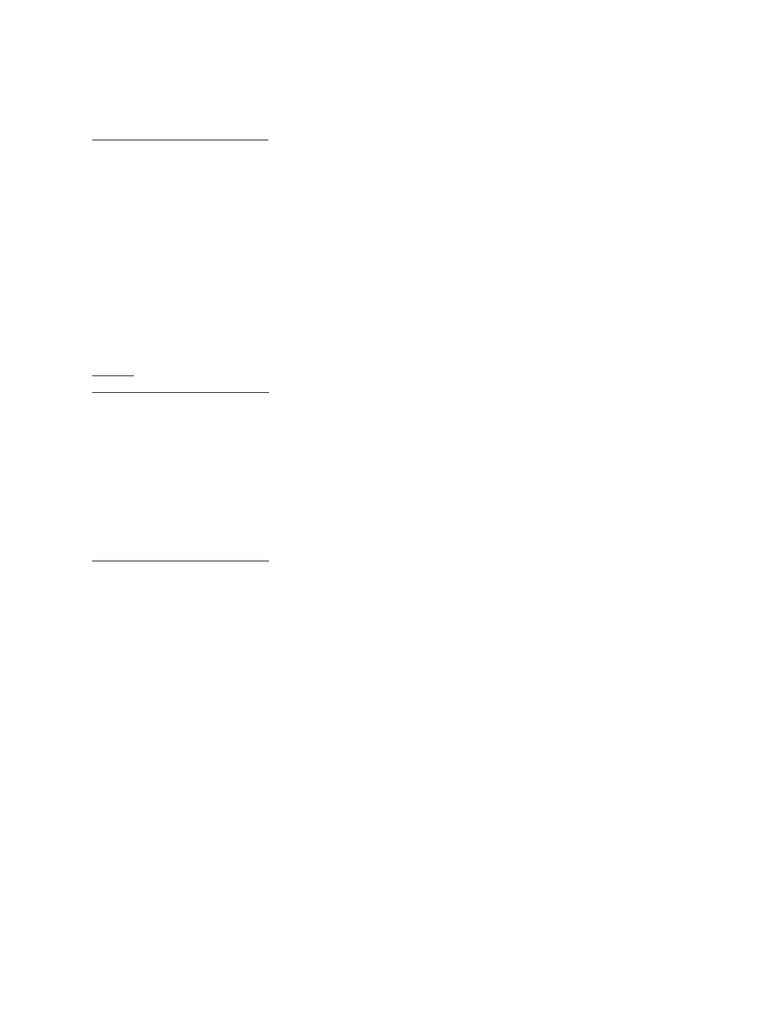 •end of book: question of how far Caesar’s patience will go
Caesar’s Speech to his Troops
•Book 1, Lucan: Caesar says we have 10 years of victory, they’re attacking me, Pompey is a
tyrant with a lust for blood who learned under Sulla
•440: a Caesar mad for war, who proceeds only by shedding blood (this is Lucan’s
Caesar not Caesar’s Caesar)
•500: troops surrender their general à considered a disgusting crime
•510: talks about Caesar pardoning Demitious (sp?) à
•“knowing that he sought punishment... see the sun by my generosity”
•few lines later “how much better if he had been slain outright”
•in Caesar, 1-7:
•when troops are coming over to him, he portrays them differently
•makes one thing that when he forgive you, its because he wants to à not because he
had to
Caesar
Section 1 (read entire section)
•“letter being distributed...reading in the senate” à all he wants is a hearing, all he did was
send a letter
•it gets read, but not acted on
•be free, be courageous, stand against Caesar
•“determined to disclaim his authority” à every man for himself
•comes of seeming like a spoiled, unconstitutional freak (not said outright, but an
impression)
•Scipio: stand by the republic, we will stand by the state
Section 2 (read entire section)
•what Pompey really thinks
•these guys have spoken, now time for others
•Marcellus: get an army ready and once the senate is protected, they might proceed
with freedom and safety
•Callidius: P has an army near Rome à lets send P off so Caesar knows that P isn’t
coming for him
•cooler head will prevail if we aren’t sitting on armaments that look like they
are aimed at Caesar
•Lentulus = refuses to put it even before the Senate
•impression: he is itching for a fight
•Marcellus = retracted when he said
•forced to change their votes
•there was a vote that was effectively anti-Caesarean
•but it doesn’t mean anything à they were afraid and bullied (rewriting
history)
•C needs to disarm or else
•tribunes veto this
•senate questions the tribunes right to vote
•tribunes are allowed to veto
•sever speeches made against tribunes
www.notesolution.com

102/100 bce: born into a noble but not very rich or influential family his family hadn"t been powerful for a while: 85 bce: proscribed by sulla; hides; eventually pardoned slipped through the civil war. 79bce: military service; an embassy to nicomedes, king of bithynia: caesar said to have had an affair with king nicomedes. 78bce: death of sulla and return of caesar to rome: the political rise. 67bce: guaestor; gets a seat in the house: marries a granddaughter of sulla supports pompey"s command against the pirates. 65bce: aedile and lavish games doesn"t necessary have a lot of money, but a lot of political capital (loans etc. ) 60bce: joins with pompey and crassus to form the first triumvirate they pool their vast resources and influence for mutual support extra-constitutional. 59bce: elected consul his daughter given to pompey in marriage: further cements the triumvirate.