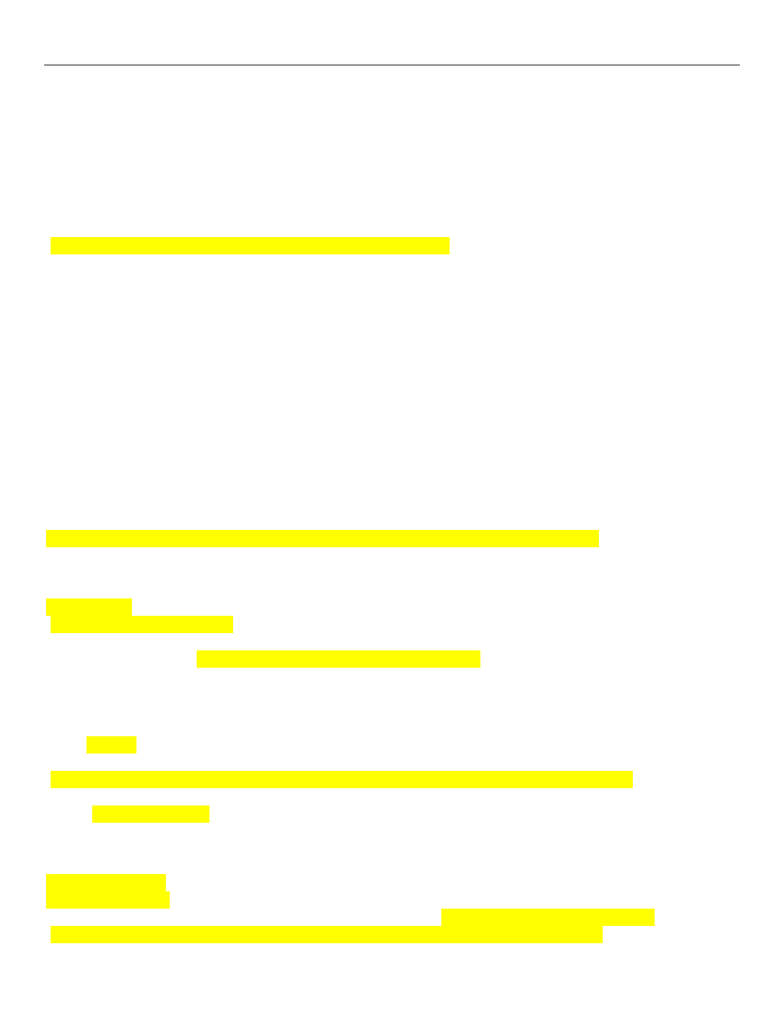 PHL340 Notes January 10-26
Review of Merleau-Ponty
Two underlying/primal aspects of perception
-passivity of sense experience
-activity of bodily skills
(sensory and motor dimensions)
Perception
-bodily phenomenon – we experience our own sensory states not as states of mind, but as state of our bodies
-relation between perception and body is not causal or conceptual
-my body is my point of view on the world, mode of being in the world, not an object in the environment
Reflex-Arc Model
-perception and movement are not related to one another as cause and effects – but coexist in a complex
interconnected whole
-it is impossible to say whether the stimuli or response came first
-behaviour is the first cause of all stimulants – stimulants organs received are only possible through prior senses
-pre-existing perceptions and behaviours make intelligible sensations and reflexes, not vice versa
-reflexes in nature and simulations are different; they are made to work to respond to isolated stimuli
-situation and reaction are not cause and effect, they are two moments of a circular process; animals react in
coordinated ways to a whole situation and produce responses to isolated stimuli
-reflexes are never blind processes; they adjust themselves to a sense of the situation and express our orientation
toward a behaviour milieu (setting)
Review of Descartes
-body as machine – free-standing physical system whose behaviour as a whole is a function of the workings of its
individual parts, which interact rigidly by direct causal contact
-the body is the chunk of the physical world that happens to be causally contingent with the soul
MP Bodily Point of View
-the bodily point of view is the ordinary intuitive understanding we have of ourselves as embodied perceivers
Proprioception – our direct sensorimotor awareness of our own bodies, differing from our perception of external things
-habitual body and present body – short term and long term sense of body e.g. phantom limb
-we always have an intuitive understanding of our own bodies e.g. where we feel pain, where our actions are
initiated and performed – immediate and intuitive bodily sense of ourselves
Body schema – phenomenal field of space of perceptual possibilities, impossibilities and necessities; our ability to
anticipate and incorporate the world prior to applying concepts to objects (also called habit –the body understands);
constitutes our precognitive familiarity with ourselves and the world we inhabit
-motivational connections forge bonds of meaning in experience, allowing us to preserve and maintain a best grip on the
world; best grip when my perception offers a clearly articulated view and when motor intentions receive responses from
the world they anticipate
-our bodies are constantly, unconsciously and involuntarily, adjusting themselves to maintain best grip
Motor Intentionality – bodily awareness that allows us to encounter the environment as an environment
Shneider – visual form agnosia – unable to perform abstract movements with his eyes closed, movements not relevant
to any actual situation; he could still perform concrete movements, movements necessary for life, provided they have
become habitual for him
Abstract movements- not relevant to any actual situation (actual background)
Concrete movements- necessary for regular life (projected background)
-two neurological functions are involved in normal bodily behaviour; one for pointing and one for grasping
-Shneider has lost the ability to point to things out of context, but his grasping skills remain intact
-vision for perception and vision for action are two streams in the brain
Unlock document 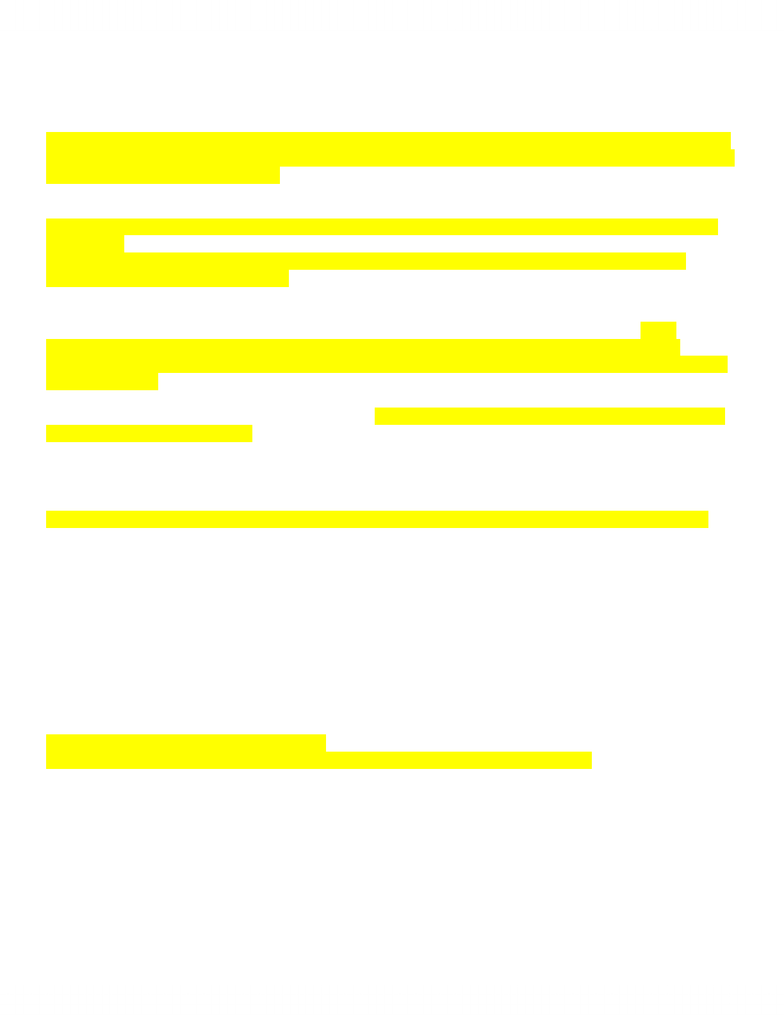 -normal behaviour is a composite of two distinct functions, pointing and grasping
-a regular situation of concrete movement – task elicits the necessary movements from him by a kind of attraction
Shneider – concrete movement is guided by a kind of visual grip on the world
-Shneider lacks immediate intuitive knowledge of whether he is lying or standing, but must infer things from his body
-our bodies and worlds are given to us in sensory intuition, this Shneider lacks
-Shneider cannot create the thought of movement into actual movement – he is lacking what is between a third-person
process and thought as the representation of movement; an anticipation or arrival at a result, ensured by the body itself
as a motor power, a motor intentionality
-lacking any direct intuition of objective spatial relations, Shneider also lacks the ability to project himself into imaginary
actions and imaginary worlds
-for the normal person, every movement has a background and that movement and its background are moments of a
unified whole e.g. Shneider throws himself into salute
-Shneider can perform concrete movements, but he lacks the perceptual background that ordinary imbues such
movements with their worldly significance; his concrete movements are blind in a sense
-concrete movement occurs in being or in the actual and adheres to a given background, abstract movement occurs in
the nonbeing and projects its own background
-the distinction between grasping and pointing misses the crucial intermediary phenomenon of motor
intentionality, which involves the projection of a world given in intuition, as opposed to constructed in thought
Motor intentionality- the normal utility and integration of our bodily movement and our intuitive awareness of a given,
stable environment
-it seems intuitively obvious that the visual image that allows us to recognize a coffee cup is the same one that guides
our hand when we pick it up, but this belief is an illusion; vision is not one thing, but two – one genuinely phenomenal,
and the other merely action-guiding
January 10 - Merleau-Ponty – 127
Motor Intentionality - something between movement as a third person process and thought as a representation of
movement
-something which is an anticipation of or arrival at the objective, and is ensured by the body itself as a motor power
-every movement is movement and consciousness of movement for the normal person
-every movement has a background; the movement and its background are moments of a unique totality
-the background to the movement is not a representation associated/linked externally with the movement itself, but it is
present, immanent in the movement and sustains it at every moment
-an action is to relate oneself to the object, and is on the same footing as perception
Concrete movement – background is the world as given
Abstract movement – background is built up
Example of motor intentionality; waving to a friend to come over from across the room; we do not realize we do it, it is
not a thought prepared inside the person, it is like a reaction to seeing the friend; there is not a perception followed by a
movement, but both form a system together
165
-the body catches and comprehends movements
-the acquisition of a habit is the grasping of a significance; motor grasping of motor significance
-motor intentionality - e.g. a woman with a feather in her hat keeps a safe distance away from things that may break it
off; she feels where it is, just like she feels where her hands are
-e.g. not checking width of a door with width of body, just walking right through
-the objects have ceased to be objects with size/volume established by comparison with other objects
-the objects are potentialities of volume, the demand for a certain amount of free space
-areas immediately appear passable or impassable for my body
-e.g. blind man’s stick is an extension of his senses
172
-all the movements towards e.g. reaching for the telephone, are enveloped in each other
-desire certain result, the relevant tasks are spontaneously distributed amongst appropriate segments of the body
Unlock document 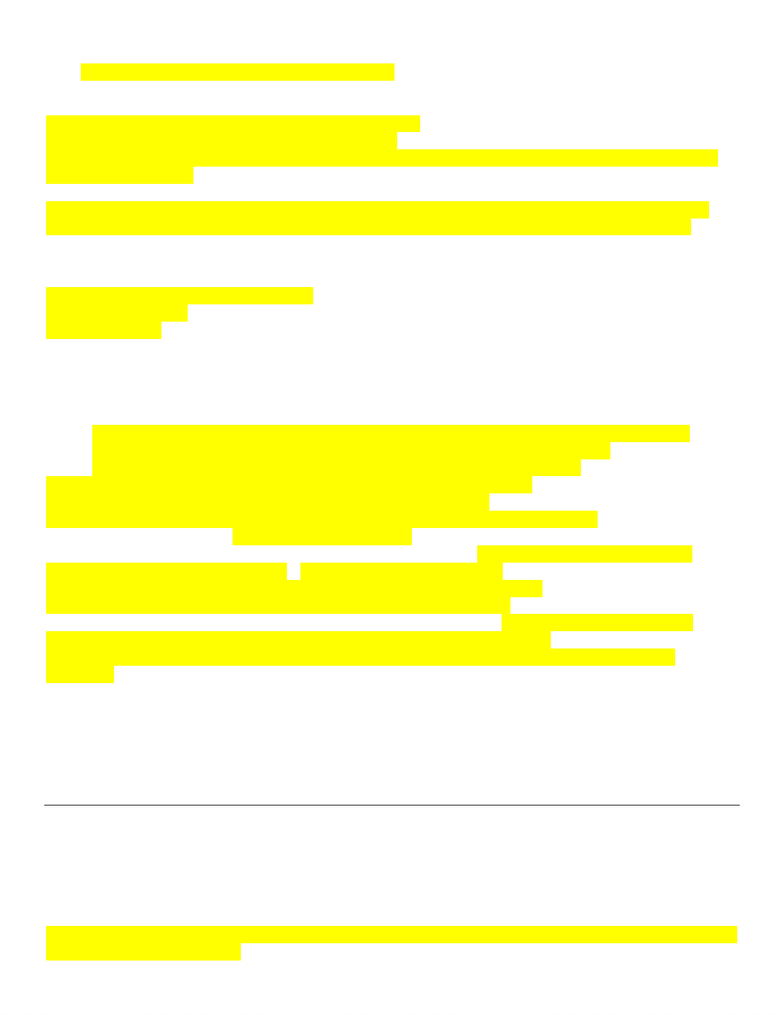 -e.g. when learning to grasp, children look at the object rather than at their hand
-their movement is a result of the task that needs to be done
Notes from Movie
Visual agnosia – cannot point to an isolated stimuli (but can grab)
Optic ataxia – cannot grasp an isolated stimuli (but can point)
-exposing two independent visual pathways in the brain – one for identifying what objects are and one for identifying
how to engage with them
-could pathological cases be creating features that are absent in the normal case?
-cannot just draw a straight line from pathological to normal activity – must triangulate from pathological activity to
fundamental function of pathological activity and back down to normal activity – MP presents a method to do so
-motor intentional activities cannot be counted as involuntary unconscious actions, not voluntary conscious actions e.g.
checking your width through door frame
-activities fall between intentional reflective action and unintentional reflexive reaction
-MP thinks Shneider lacks motor-intentionality – uses him to show the existence of motor intentionality
Spontaneous behaviours – movements not solicited by or relevant to the current situation
Habitual behaviours – movements solicited by or relevant to the current situation
-Shneider has difficulty initiating spontaneous behaviours e.g. miming military salute
-and difficulties modifying habitual behaviours, actually giving salute when ordered
-since unable to spontaneously mime military salute, he had to move his arms around until his hand came to his head
-Shneider could perform spontaneous movements only by going through preparatory movements or by watching the
limb required for the movement
Shneider lacks – bodily freedom – bodily openness to be drawn in to, or to be solicited by new situations
Starting problems – difficulties to initiate actions without throwing himself into movement
Concrete Liberty – a bodily openness to put oneself in to or to initiate a new situation
-Shneider lacks the concrete liberty, general power of putting oneself into a situation
-so also bodily openness to be drawn into new situations and concrete liberty
-his two deficits show us, through triangulating, the world structure at the core of consciousness
-world structure – two stages of sedimentation and spontaneity
Diagram – Shneider’s lack of bodily freedom and concrete liberty – struggled to orient spontaneous body
towards the sedimented part of the world – could not launch into new situation
-also lacked being open to world solicitations on his own body – lack of bodily freedom
-motor intentionality is different from the world structure – it is an actual activity
-in normal cases when the world structure is ensured by the body itself we find motor intentionality; both bodily
freedom to be solicited by situations and concrete liberty to put yourself into a situation
-meeting point of bodily behaviours and intentions are motor intentions; inseparable unities of intentions and
movements
Gelb and Goldstein’s Mistakes
-thought that Shneider could perform habitual behaviours but not spontaneous behaviours
-Shneider’s habitual behaviours were also impaired – he had a starting problem and a stopping problem
-MP; perhaps what we can learn about the normal from the pathological is also what we can learn by doing
phenomenology
January 12 – Descartes – Selections
-men are composed of soul and body; these two natures are joined and united to construct man
-body is a statue/machine made of earth formed by God
-God places internally all the parts required for man’s actions e.g. breathing, walking
-made by God, the body is capable of more movements and artistry than what is imaginable
-the blood that travels to the brain are called animal spirits, meeting at the pineal gland
-the animal spirits have the power to change the shape of muscles in which the nerves they pass through are embedded,
and this is how the body is moved
Unlock document