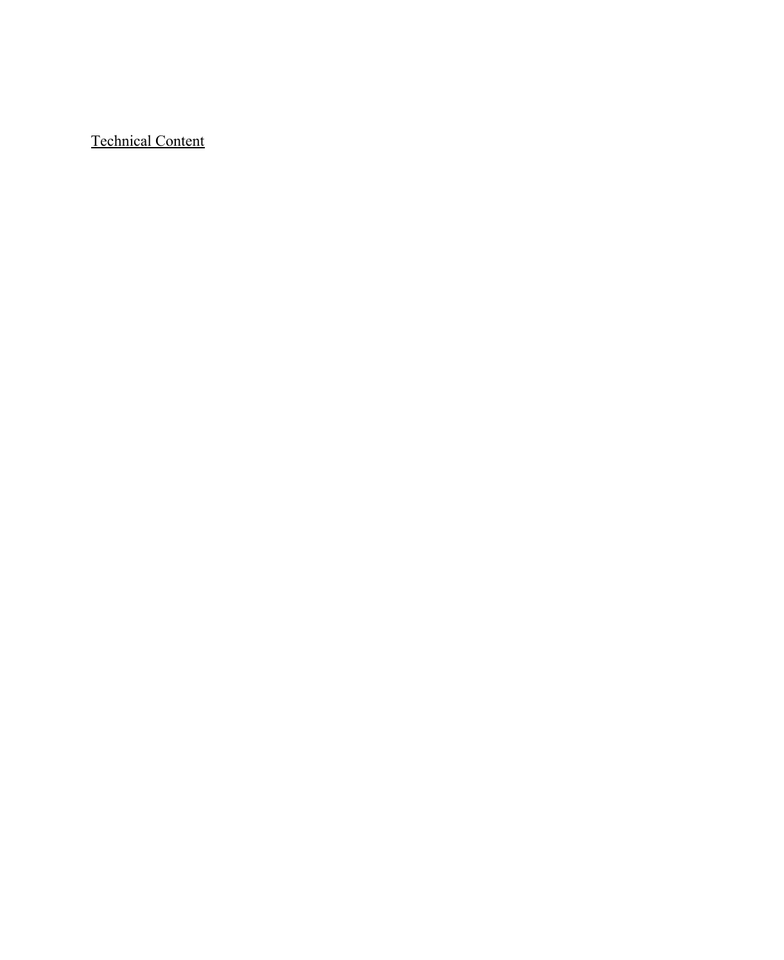 Report of Group #________
Technical Content (90%)
____/10 Abstract - Does the abstract state the principal objectives and scope of the lab
assignment, describe the methods employed, summarize the important results, and state the
principal conclusions? Does the abstract stand on its own (i.e., not reference figures, tables,
equation numbers in the report)? Is the organization logical, and understandable to a reader (from
outside this course)?
____/5 Data Collection - Has the experiment been properly conducted and has the data
been accurately gathered? Was the correct procedure followed and was all required data (Gage
Pressures, temperatures, barometric pressure, flowrates, power input) collected and reported in
the report?
____/45 Theoretical Analysis and Calculations- Is the first law model carefully developed
for each component in the cycle (with proper assumptions stated) and was it correctly applied to
each component using the proper reference state numbers? Was the mass flowrate of the
refrigerant determined correctly? Was the First law properly applied to the valve to relate
enthalpy the inlet and exit enthalpies to each other? Is the First law properly applied to the
evaporator, condenser and compressor to determine their respective rates of heat transfer? Were
the calculations of the coefficient of performance (COP) and the capacity of the system done
correctly (using the correct rate of heat transfer)? Were the rates of heat transfer on the water
side of the heat exchangers done correctly? Were the enthalpies at the various states determined
correctly using the property tables? Were absolute pressures used when using the property
tables? Were the calculations and unit conversions done correctly? Does the theory section
follow the required guidelines (figure, equation numbers, definition of variables, transition
sentences, etc.)?
____/7 Tabular results – Is all of the collected and calculated data properly presented in
tabular form? Are there any errors in the data reduction (calculation errors)? Has the data been
clearly presented? Were the gage and absolute pressures tabulated, along with the collected
temperatures, flowrates and recorded power input values? Were the enthalpies at the refrigerant
reference states tabulated? Were the mass flowrates tabulated? Do the tables adhere to the
required formatting guidelines?
____/8 Graph – Is the pressure versus enthalpy diagram properly plotted? Was saturated
liquid and saturated vapor data from the textbook used to plot the saturated liquid and saturated
vapor lines? Were the refrigerant state points and the process lines superimposed on the same
Unlock document 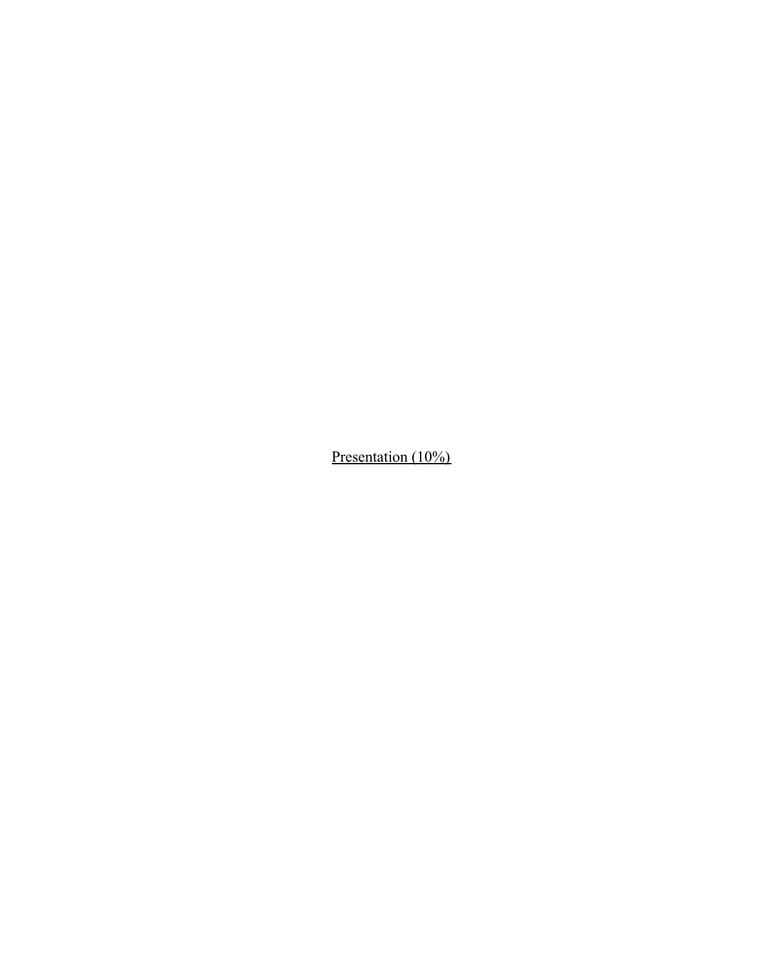 graph and labeled? Does the graph include descriptive titles, axes labels, legends and are all
symbols or lines identified? Does the graph adhere to the required formatting guidelines?
____/8 Discussion - Does the discussion section clearly summarize and discuss the
important results, trends and conclusions? Does it address all the questions posed in the lab
assignment? Does it comment on changes in pressure and temperature between the various states
and the relative magnitudes of the rates of heat transfer and power input? Were the heat
exchanger rates of heat transfer on the refrigerant and water sides compared to each other? Are
any comments made about the P-h diagram? Were any observations made about the conduct of
the experiment or any problems encountered? Does this section adhere to the guidelines?
____/3 References - Are references (for the tables) included and properly cited in the
report according the guidelines stated in the lab report guidelines?
____/4 Appendix - Are the original raw data sheet and the lab handout included? Is a
copy of the Armfield software graph included to show that the system reached steady state?
Presentation (10%)
____/5 Is everything spelled correctly? Are there errors in grammar or punctuation?
____/5 Is the document neat and attractive? Is a consistent format used for text and
figures been used throughout the report?
____/100 TOTAL
Grader Comments are in the report.
Unlock document 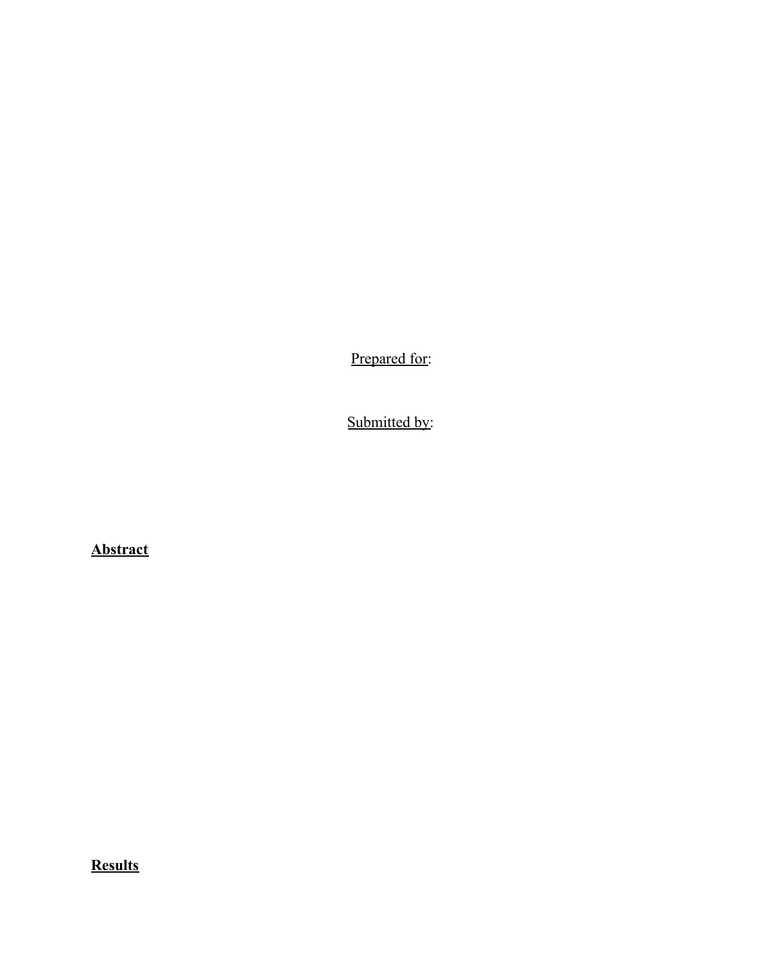 Refrigeration/Air Conditioning System
EGR 2500
Laboratory Assignment #4
November 16, 2018
Prepared for:
Dr. K. Kobus
Submitted by:
Abstract
The objective of this lab assignment was to observe and analyze data pulled from a controlled
refrigeration system. The system used is an Armfield RA1-MKII Refrigeration/Air-Conditioning
Learning System. The temperature and pressure of the refrigerant in the system was measured at
various points throughout the system and other values such as work input and enthalpy were
calculated from the collected data. The refrigeration system was connected to a PC so that we
could easily adjust settings and measure the data required. Once we had collected the data
required, we used the formula for conservation of energy in order to model different
thermodynamic properties of the refrigerant and the system itself including heat transfers and
work. Data was then plotted in order to showcase trends from our collected data and the
properties of the materials utilized. Near the end of the lab, calculations were made for multiple
heat transfer rates throughout the system, and system efficiency. Questions concerning different
aspects of refrigeration in general and also our experiment in specific were answered as well.
Results
Unlock document