POL208Y1 Lecture Notes - None Of The Above, Post Bellum, Just War Theory

01/04/2014
Normative Arguments
Empirical Questions: What is the state of human rights in the world?
Analytical Approach: What explains the state of human rights in the world?
Normative: What should be the state of human rights in the world?
Ethical, philosophical
Hybrid: What are the normative implications of policy X?
War Crimes
International courts tell us that we have a certain understanding of justice; we are able to answer what is
right/wrong, what is just/unjust – this implies that there are normative qualities to international relations
Justice in War?
There is justice for winners, and a different type of justice for the losers
US leaders were not tried for war crimes, whereas many Japanese leaders (the ‘losing’ side) were tried
JUST WAR THEORY
Puts forward normative standards that can help us judge whether the conduct of the war is just or not
Michael Waltzer
Wrote some of the most influential books about Just War
“Just War” theory is a compromise between pacifism (war should be avoided at all costs) and Machiavellian
approach (Anything and everything is fair in war because you are looking for your own survival – no ethics,
the ethics of war is survival)
Just War tries to achieve a balance in between – War is a fact of life, but we reject the notion that everything
is fair in war
War is a recurring evil – but its destructiveness can and should be constrained
“War is always judged twice, first with reference to the reasons states have for fighting, secondly with
reference to the means they adopt”
Critique: It legitimizes war by giving it a ‘humane’ façade
Waltzer, in this view, would be providing the tools to justify the injustifiable
Bible; Thomas Aquinas (1225-1274); Hugo Grotius (1583-1645)
Waltzer isn’t the founder of Just War; takes old ideas and revamps them 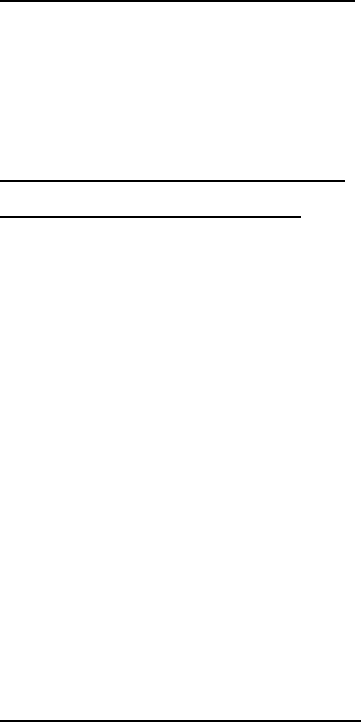 Just War Theory divided into three parts:
Jus Ad Bellum: The Justice of War
Jus in Bello: The Justice in War
Jus Post Bellum: The Justice After War
Jus Ad Bellum: Justice of War
5 criteria that determine a just war:
Just cause – self-defense (UN charter)
•Allies; collective security (Kuwait); request for aid
•Pre-emption/Prevention
•Humanitarian intervention
•Critique: A conservative pro status quo approach – any attempt to change the status quo (non-
state actors) is technically unjust
War must be a last resort
•At which point do you resort to war?
War must be declared publicly by a legitimate authority (private wars; terrorists); in modern times, there
are very few “official” declarations
Proportionality – benefits outweigh harm
The war has to be winnable in order to be just
Jus In Bello: The Justice in
War
•Hague (1899, 1907); Geneva (1949)
•Discrimination: Protecting civillians [Geneva; nuclear weapons? (Deterrence) areal bombing
(‘smart bombs’)? Terrorism]
oIf nuclear weapons are unjust, is using the threat of nuclear weapons to deter other countries
unjust as well?
oSmart bombs: being able to discriminate between more and less discriminate targets
•Proportionality
oDouble effect (Agent Orange)
Chemical developed by Americans during the Vietnam War; it was fought in a thick
jungle and they couldn’t see enemy soldiers in the air. They decided to drop the
chemical in the jungle, the leaves would fall, and they could see the people in the air

oProportionality is not a game of counting life; not about balancing casualties
oIf the Canadians were going into a town to get 1 Taliban commander and kill the entire village
to kill that 1 Taliban, their actions are not proportional to their goal
•Types of weaponry, Prisoners Of War (POW), cultural sites;
•Treatment of occupied territory and population
•Drones?
Jus Post Bellum – Justice after
War
Nuremburg (WWII); Milosevic (Yugoslavia); Rwanda; ICC; Saddam
Reparations – If you fought a war and lost, you had to compensate the other countries
The ‘justice’ for the winners?
Post-war responsibilities – you broke it, you own it
Just occupation? (humanitarian interventions)

Realism vs. Constructivism vs. Liberalism Chart.docx