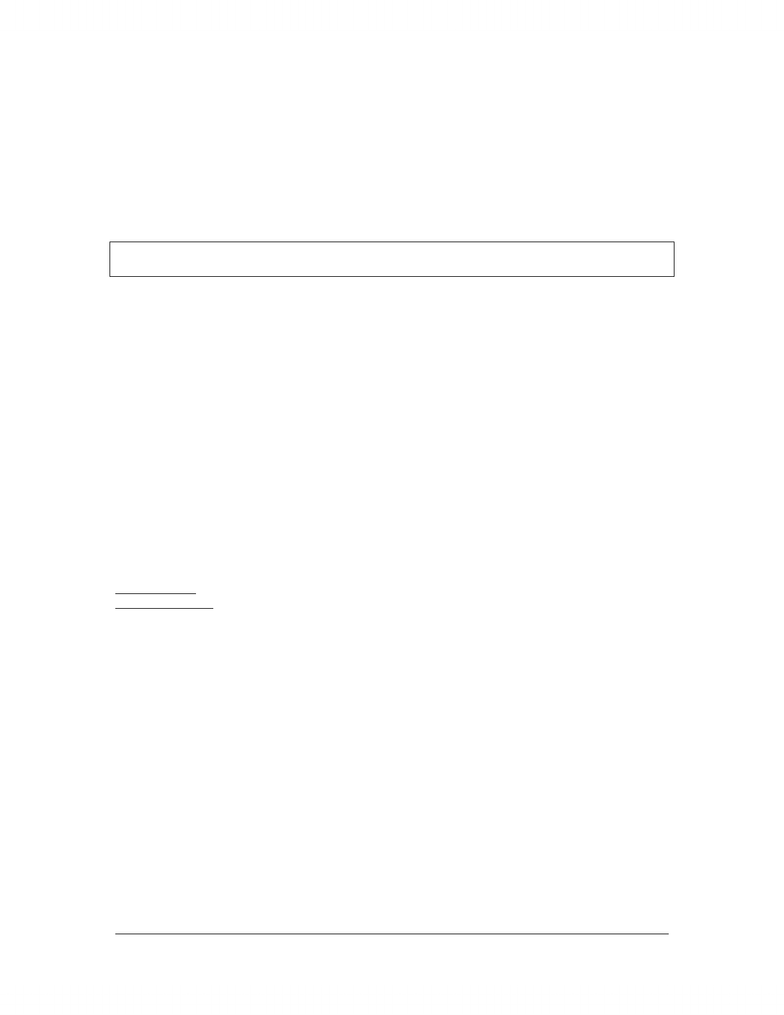 27.330 Commercial Law
(September – December 2001)
(Prof. John Harrison)
Law
•A set of rules come together with a set of sanctions for those who don’t follow
•A set of rules & principles guiding conduct in society
•A code of behaviour
•Help keep the order
•Necessary for protection of persons and property
•Gives gov’t power to act for the benefit of society
Business Law – set of established rules governing commercial relationships, including the
enforcement of rights (must follow ‘rules’)
Commercial relationships – business 2 business; business to customer; etc.
*law of nature – can’t be broken
*law of man – not supposed to be broken – if is, consequences
Knowledge of law is a business asset – assists owners and managers in reaching goals
Business Law
•General rules of commerce
•Protects business ideas, tangible forms
•Ensures losses are borne by those responsible
•Ensures compliance with commitments
WHAT IS CIVIL LAW?
•Has 2 different meanings, it depends on the context
1. Refers to private law (see notes on Substantive and Procedural Law)
2. Refers to the Civil Law System of Law (see notes on Civil Law system)
Domestic Law – internal law of given country (statute law, common law)
International Law – governs relations b/w states, countries and other entities
Substantive Law and Procedural Law
1. SUBSTANTIVE LAW

the rights, duties & liabilities that each person has in
society
•The right to own property/enter into a contract
•The duty of avoiding injuring people carelessly
•2 types of substantive law (public and private)
a) public law is concerned with conduct of government and relations
between government and people
criminal law (government made laws) sets out how public is
supposed to behave (government vs. the accused) (not person vs
person)
constitutional law – fundamental law of a nation or state (i.e. the
levels of government, judges -all about the government – ie: how many
levels (1 or 2) and which sublevels will they have)
administrative law – boards/commissions (government forms
these bodies and delegates authority to these groups)
b) private law is the rules that govern relations between private persons or
groups – ie: suing each other for wills, estates, property law (“fabric” of
business law)
1 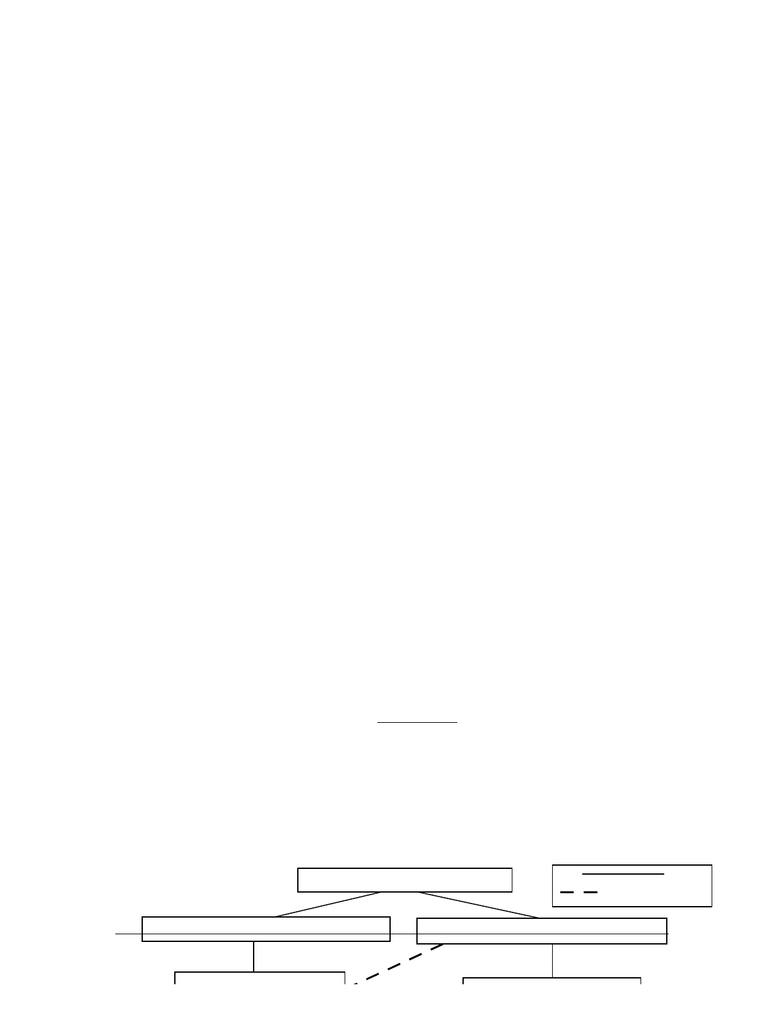 is sometimes referred to as civil law (individuals rather than
government)
2. PROCEDURAL LAW

is the law that deals with protection and enforcement of
substantive law rights and duties. (e.g. Someone breaches a contract  what is the
process?)
WHAT IS COMMON LAW?
•Has three possible meanings
1. Common Law System of Law  (what the majority of Canada uses.) Law based
primarily on the decisions of judges
2. Distinction between common law and statute law
Common law

case law (the law made by judges)
State laws

laws made by legislatures. Statute/Act is the legislation made in
the government
3. Making a distinction between common law and law of equity
Common Law

started in England with Case Law, it’s very ridged
Equity Laws

laws of fairness; however, started becoming ridged  specific
rules must be followed  in the courts discretion
CIVIL LAW SYSTEM OF LAW
•Oldest of the two systems (6th century)
Justinian wanted a comprehensive CODE (“civil code”) a book with everything
in it. However, if it isn’t in the code they can look at what past judges did.
•Don’t have to follow previous judgements, however they normally do b/c otherwise there is
inconsistencies – however, downfall is if 2 identical cases aren’t in code, will judges come to
same independent decision
Napoleon re-vamped the code
•This system was adopted in Canada only in Quebec for private law (not federal), it is used in
other countries though
•Rarely has a jury
COMMON LAW SYSTEM OF LAW
•Used all over Canada except QB (QB only for private law) & in most English speaking world
•Brief history:
Originated in the UK 1066AD
Landowners made individual rules and common law took away power
Made the law common throughout all UK colonies back then
Today it is still used in all UK colonies still; however, each has made small
modifications
•Principles of Stare Decisis (Theory of Precedent)
Stare Decisis  Latin Term (*MUST KNOW*), means to stand by previous
decisions
It is about following already decided judicial cases (basis of our system)
Judges can make law, they don’t have to follow a code
Principles of Stare Decisis
•Past Judge’s decision is generally a binding precedent for courts lower in the judicial
hierarchy
Usually a 3 tiered system  must follow judgements from higher courts
•Past judge’s decision is only binding precedent on courts in the same jurisdiction (province)
or judicial system (Canada vs USA) however can share info and use same decisions
2
Supreme Court of Canada (SCC)
Saskatchewan Court of Appeal (SKCA) Manitoba Court of Appeal (MBCA)
Saskatchewan Trial Court Manitoba Trial Court
Binding
Not binding (persuasive) 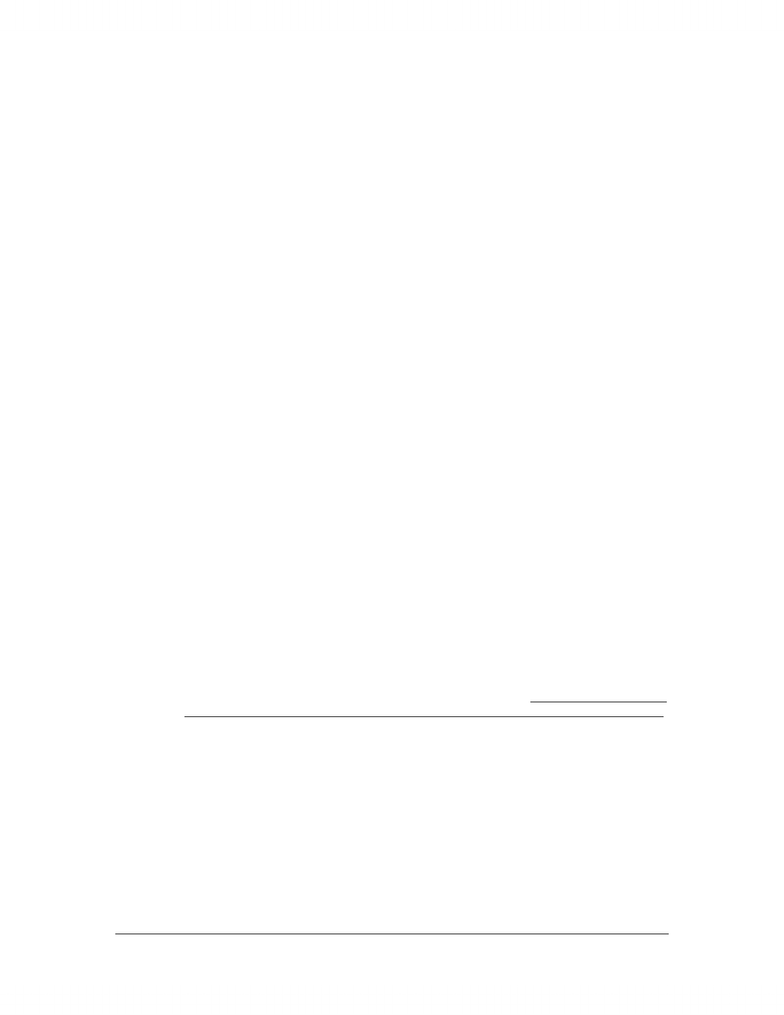 •Non-binding decisions can be persuasive
Same facts in MBCA as in SKTC; therefore, if there is no binding precedent, you
can persuade judges to follow that ruling.
•Not everything a judge says is deciding a case is binding on judges’ later cases.
Ratio decidendi (‘reason of deciding) is BINDING, the reasons that explain
why the judge made the decision they did (why who won, who didn’t) – part of binding on
lower courts
Orbiter dicta (‘by the way’)  is NOT BINDING, is everything else the judge
says other than the ratio decidendi – “the other stuff” which isn’t necessary to say for the
case
Not always easy to separate the two, as judges have own ideas
•Examples:
1. FACTS  Person B steals A’s diamonds. Person B sells diamonds to Person C.
A sues C for diamonds back.
Goes to judge at Court of Appeal who says “I find in favour of A, b/c a thief take
on title, therefore cannot pass the title to purchasers.” Also, “Our decision would be
the same if B had found the diamonds not stolen them”
The first stmt is the ratio decidendi (in italics)
The second statement is the orbiter dicta (could be persuasive, but not binding)
2. FACTS  Same facts as in A, however different reasons
Judge in Court of Appeal says “I find in favour of A, b/c thief takes not title.” And
“person A took reasonable care of the diamonds, had he been careless, then I would
allow a good faith purchaser for value to keep them.”
The ratio is not clear  it’s ambiguous
3. Sometimes lawyers think they have found a ratio that they think will fit; however,
the judge may do something called NARROWING THE RATIO (distinguishing the facts).
FACTS  Person A sells diamonds to Person B. Person B sells the diamonds to Percon
C who is a good faith purchaser. A sues diamonds from C b/c B paid with a cheque that
bounces, meanwhile B sold them to C and has disappeared (Cheques can bounce
intentionally or unintentionally)
The judge says “whenever one of 2 innocent persons must suffer due to the
actions of a third party the person who enabled the loss must take the loss”
A & C are innocent, however, A enabled the loss, therefore C wins.
4. FACTS  Person A carelessly leaves a precious object in a public area. Person
B (who knows it was A’s object) finds it and sells it to person C. (C is an innocent third
party.)
C argues previous ruling is binding. HOWEVER, judge says “earlier case must
be considered in light of the facts, the earlier judge was thinking of a theft situation,
therefore the ratio is when someone volunterily parts with their goods.” The judge as
has NARROWED THE RATIO – a distinction has been made. “if one of two innocent
people has to suffer due to a third, the person who enabled the loss has to take loss”
•Distinguishing the Facts – pointing out that cases are different therefore judge doesn’t have to
rule based on previous case
•Judge rarely brings up previous case – up to the lawyers
•The Supreme court can change their rulings  they can over-rule previous rulings (not
governed by ratio and orbiter) though they are usually reluctant – would change b/c know
society and values change over time, therefore reasoning’s for rulings change too
•If there are more judges involved in case, complications arise, such as judges agree in favour
of someone, yet for all different reasons
Traditional Reasons for Stare Decisis (the 3 Cs)
1. Certainty  gives a degree of certainty to the public. People know what the law is.
2. Consistency  in order for there to be justice we need equal treatment in similar cases.
3

27. 330 commercial law (september december 2001) (prof. john harrison) A set of rules come together with a set of sanctions for those who don"t follow. A set of rules & principles guiding conduct in society. A code of behaviour: help keep the order, necessary for protection of persons and property, gives gov"t power to act for the benefit of society. Business law set of established rules governing commercial relationships, including the enforcement of rights (must follow rules") Commercial relationships business 2 business; business to customer; etc. *law of man not supposed to be broken if is, consequences. Knowledge of law is a business asset assists owners and managers in reaching goals. What is civil law: has 2 different meanings, it depends on the context. Refers to private law (see notes on substantive and procedural law) Refers to the civil law system of law (see notes on civil law system) Domestic law internal law of given country (statute law, common law)