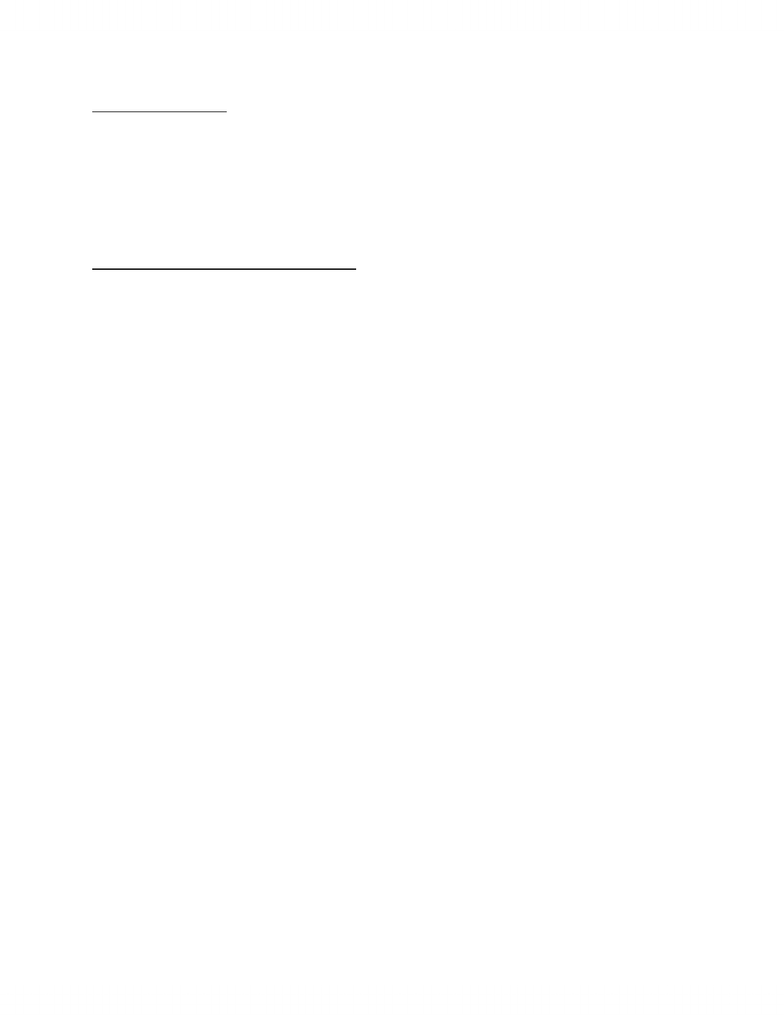 INTRODUCTION
The motor system consists of all our muscles and the neurons that control them. The spinal
cord contains certain motor programs for the generation of coordinated movements and that
these programs are accessed, executed, and modified by descending commands from the
brain. Motor control is divided into two parts:
 The spinal cord’s command and control of coordinated muscle contraction
 The brain’s command and control of the motor program in the spinal cord
THE SOMATIC MOTOR SYSTEM
The muscles in the body can be described according to two broad categories:
 Smooth
o Lines the digestive tract, arteries and related structures
o Innervated by nerve fibers from the ANS
o Plays a role in peristalsis and the control of blood pressure and blood flow
 Striated – there are two types of striated muscles
o Cardiac muscle
 is the heart muscle
 contracts rhythmically
 innervations of the heart from the ANS functions to accelerate or slow
down the heart rate
o Skeletal muscle
 Constitutes the bulk of muscle mass in the body
 Functions to move bones around joints
 Is enclosed in a connective tissue sheath that forms tendons
 Contains hundreds of muscle fibers, each innervated by a single axon
branch from the CNS (see Fig. 13.3)
 Derived from 33 paired somites
 Controlled by the somatic motor system
 Under voluntary control and it generates behaviour
Consider elbow joint (see Fig. 13.2)
 Movement in the direction that closes the knife is called flexion
o The muscles that cause flexion are called flexors. Because they work together,
they are called synergists.
 Movement in the direction that opens the knife is called extension
o The muscles that cause extension are called extensors.
 Flexors and extensors pull on a joint in opposite directions and are antagonists.
Muscles that are responsible for movements:
 of the trunk are called axial muscles
o important for maintaining posture
 of the shoulder, elbow, pelvis, and knee are called the proximal muscles
o important for locomotion
 of the hands, feet, and digits are called the distal muscles
o important for specialized manipulation of objects
Unlock document 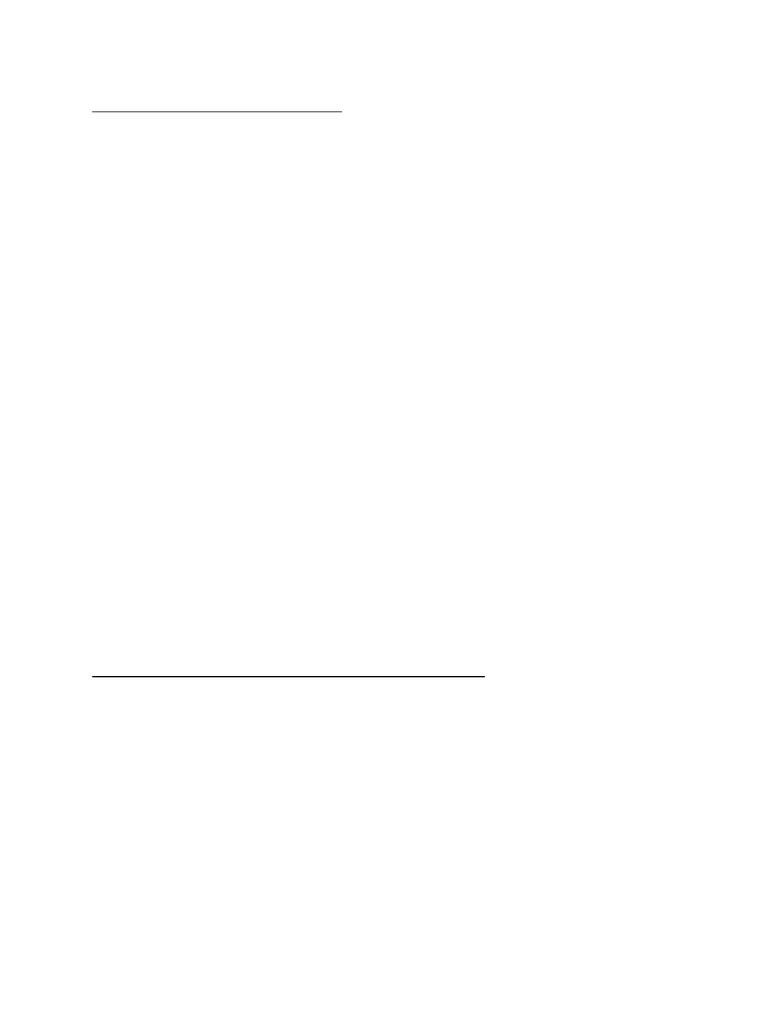 THE LOWER MOTOR NEURON
Somatic musculature is innervated by the somatic motor neurons in the ventral horn of the
spinal cord (see Fig. 13.3).
 These cells are sometimes called lower motor neurons to distinguish them from the
upper motor neurons of the brain that supply input to the spinal cord.
 Only the lower motor neurons directly command muscle contraction.
The Segmental Organization of Lower Motor Neurons
The axons of lower motor neurons bundle together to form ventral roots. Each ventral root joins
with a dorsal root to form a spinal nerve that exits the cord through the notches between the
vertebrae.
Skeletal muscles are not distributed evenly throughout the body, nor are lower motor neurons
distributed evenly within the spinal cord. For example, innervations of the more than 50 muscles
of the arm originate entirely from spinal segments C3-T1. The ventral horns in this region of the
spinal cord appear swollen to accommodate the large number of motor neurons that control the
arm musculature (see Fig. 13.4).
The lower motor neurons are also distributed within the ventral horn at each spinal segment in a
predictable way, depending on their function (see Fig. 13.5).
Alpha Motor Neurons
There are two categories of lower motor neurons of the spinal cord: alpha and gamma motor
neurons. Alpha motor neurons trigger the generation of force by muscles.
 One alpha motor neuron and all the muscle fibers it innervates collectively make up the
motor unit (the elementary component of control).
 Muscle contraction results from the individual and combined actions of these motor
units. The collection of alpha motor neurons that innervates a single muscle is called a
motor neuron pool.
Graded Control of Muscle Contraction by Alpha Motor Neurons
The nervous system uses several mechanisms to control the force of muscle contraction in a
finely graded fashion.
 The first way is by varying the firing rate of motor neurons.
o An alpha motor neuron communicates with a muscle by releasing Ach at the
neuromuscular junction.
o Ach released in response to one presynaptic action potential causes an EPSP in
the muscle fiber large enough to trigger one postsynaptic action potential
 This will cause a twitch in the muscle
o Sustained contraction requires a continual barrage of action potentials. High
frequency presynaptic activity causes temporal summation of the postsynaptic
responses. Twitch summation increases the tension in the muscle fibers and
smoothes the contraction (see Fig. 13.7).
 The second way is by recruiting additional synergistic motor units.
Unlock document 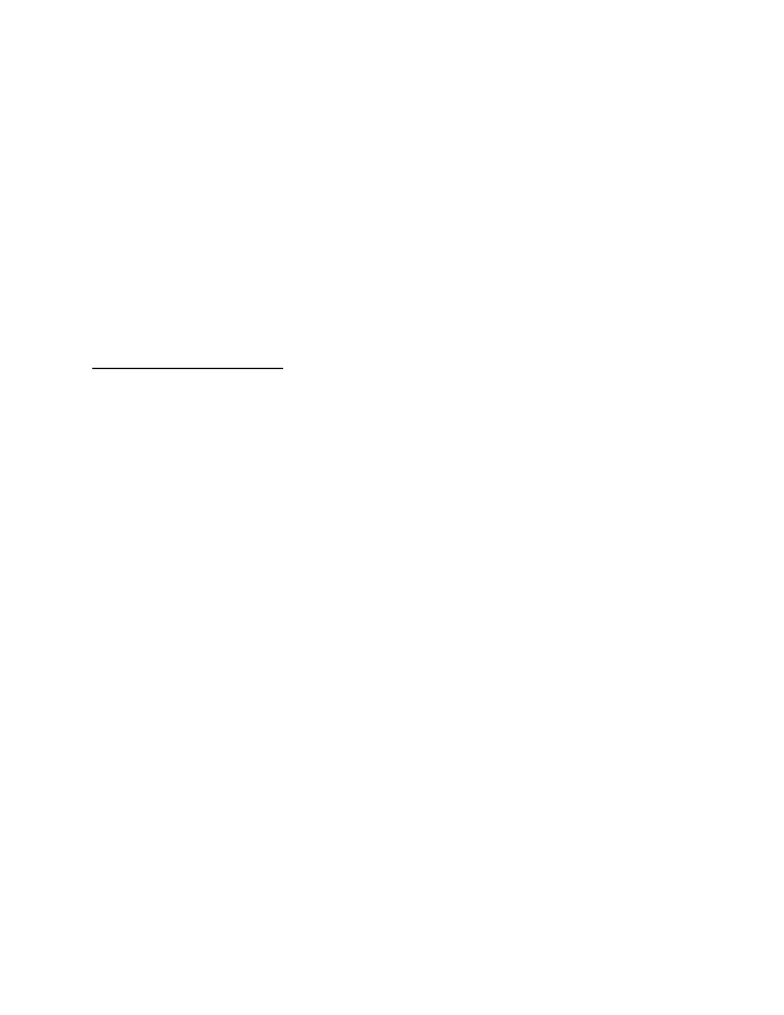 o The extra tension provided by the recruitment of an active motor unit depends on
how many muscle fibers are in that unit.
 In the antigravity muscles of the leg, each motor unit tends to be quite
large, with an innervations ratio of more than 1000 muscle fibers per
single alpha motor neuron
 In contrast, the smaller muscles that control the movement of the fingers
are characterized by much smaller innervation ratios.
 In general, muscles with a large number of small motor units can be more
finely controlled by the CNS
o Most muscles have a range of motor unit sizes, and these motor units are
recruited in the order of smallest first, largest last.
 This explains why finer control is possible when muscles are under light
loads than when they are under greater loads.
Inputs to Alpha Motor Neurons
Alpha motor neurons excite skeletal muscles. Lower motor neurons are controlled by synaptic
inputs in the ventral horn. There are three major sources of input to an alpha motor neuron as
shown in Fig. 13.8.
Types of Motor Units
The red (dark) muscle fibers are:
 Characterized by a large number of mitochondria and enzymes specialized for oxidative
energy metabolism.
 Slow to contract but can sustain contraction for a long time without fatigue
 Typically found in the antigravity muscles of the leg and flight muscles of birds that fly
The pale (white) muscle fibers:
 Contain fewer mitochondria
 Rely on anaerobic metabolism
 Contract rapidly and powerfully, and also fatigue rapidly
 Involved in escape reflexes
Each motor unit contains muscle fibers of only a single type.
 Fast motor units – contain rapidly fatiguing white fibers
o The motor neurons are generally bigger and have larger-diameter, faster-
conducting axons
o Tend to generate occasional high-frequency bursts of action potentials
 Slow motor units – contain slowly fatiguing red fibers
o The motor neurons have smaller-diameter, more slowly conducting axons
o Have relatively steady, low-frequency activity
Unlock document