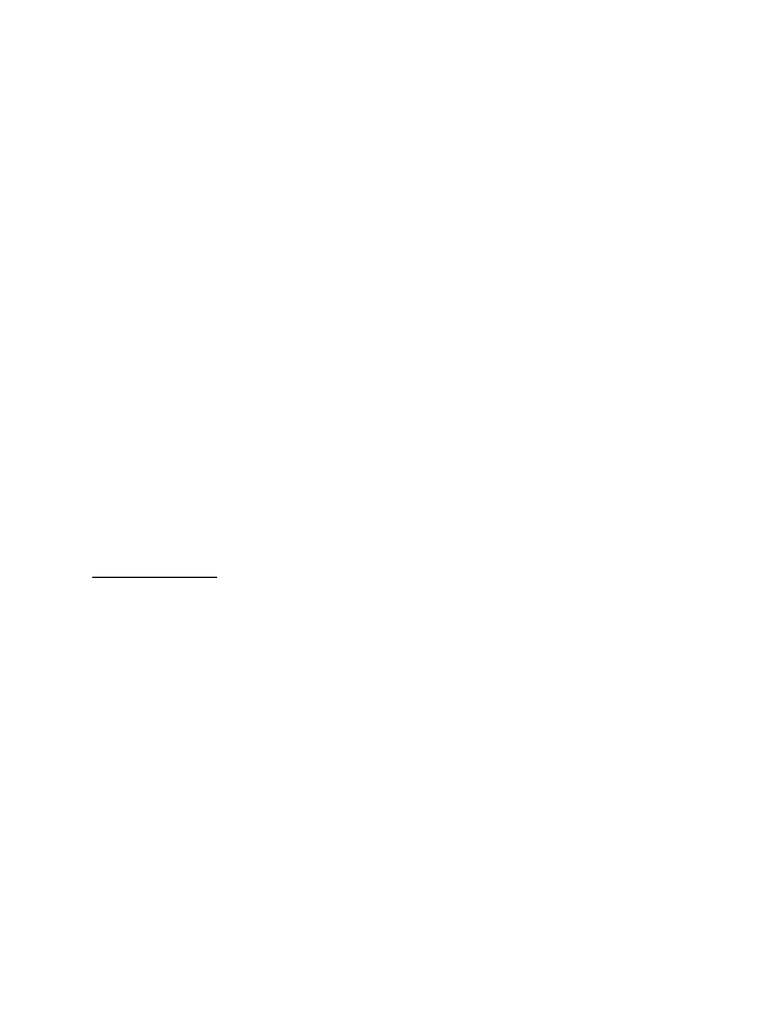 Chapter 6: Learning November 5, 2012
HOW DID THE BEHAVIOURAL STUDY OF LEARNING DEVELOP?
 Learning –an enduring change in behaviour, resulting from experience
 Conditioning –a process in which environmental stimuli and behavioural responses become
connected
o TWO KINDS OF CONDITIONING:
 1. Classical Conditioning –(Pavlovian Conditioning) occurs when we learn that
two type of events go together.
 Ie. when watching a scary movie, our heart beats faster
 2. Operant Conditioning –(Instrumental Conditioning) occurs when we learn
that a behaviour leads to a particular outcome
 Ie. studying leads to better grades
 Observational Learning –learning by observing how others behave
 Watson –founded behaviourism (a school of thought based on the belief that animals and
humans are born with the potential to learn)
o Behaviourism –based on John Locke’s idea of “blank slate” (tabula rasa) which states
that infants are born knowing nothing and all knowledge is acquired through sensory
experiences
 States that environment and its associated effects on animals were the sole
determinants of learning
o Believed observable behaviour was the only valid indicator of psychological activity
 Enuresis—bed-wetting; most strong up to age 5, then down to 10 percent 5-11, then 5% after
12 years
Behavioural Responses are Conditioned
Pavlov’s Experiments:
 Classical (Pavlovian) Conditioning –a type of learned response that occurs when a neutral
object comes to elicit a reflexive response when it is associated with a stimulus that already
produces that response
o Pavlov’s dogs and “psychic reflexes” –salivation is a reflex; automatic response
o Noticed that the dogs salivated (CR) even when he would walk into the room because
they came to associate his presence (CS) because they came to associate him with the
meat powder (US). (called this PSYCHIC SALIVATION/REFLEXES)
 Moral: our physiological processes are subject to learning through repeated
association.
o Example of the Office clip.
 Discovered association between stimuli and reflexive
 Neutral Stimulus –is presented along with the stimulus that originally causes no response (ie.
the bell on DAY 1 of the experiment) prior to association with the US
 Conditioning Trial –the pairing of the neutral stimulus with the stimulus producing the reflex;
repeated many times
o Following the conditioning trials, a critical trial takes place, where the neutral stimulus
is presented alone and the reflex is measured
 Unconditioned Response (UR) –a response that does not have to be learned, such as a reflex
(ie. salivation in response to meat); natural/unlearned reaction
Unlock document 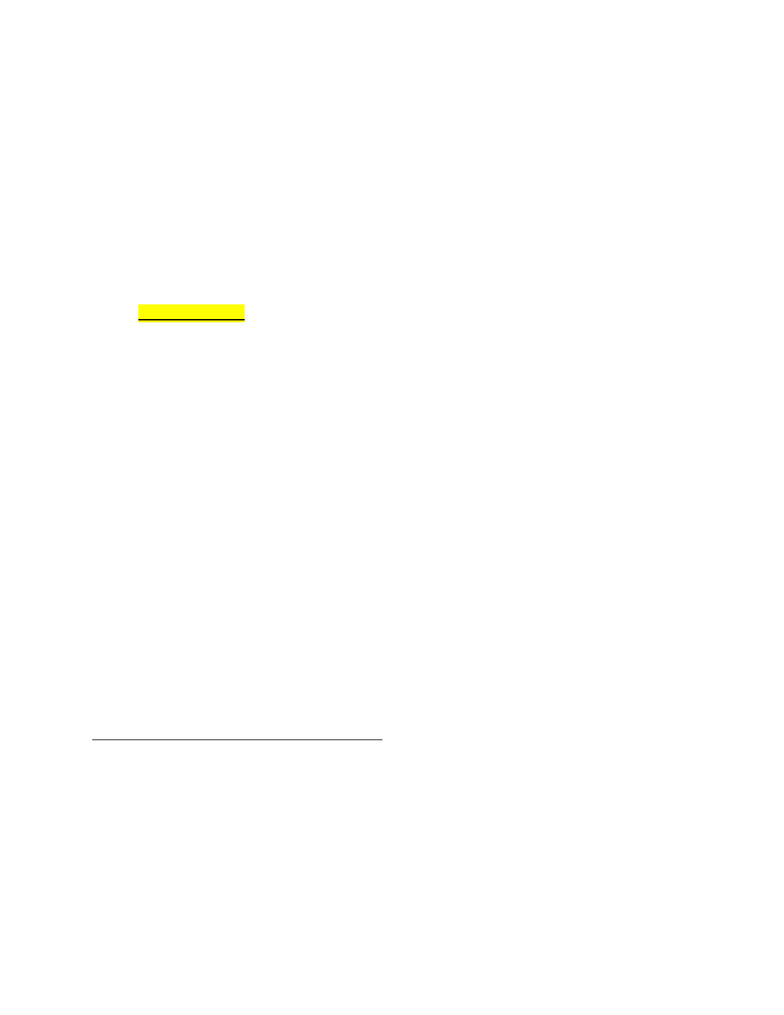  Unconditioned Stimulus (US) – a stimulus that elicits a response, such as a reflex, without any
prior learning; naturally! (ie. the meat)
 Conditioned Stimulus (CS) –a stimulus that elicits a response only after learning has taken place
(ie. the bell AFTER repeated pairing with the meat) the point at which it alone can produce
salivation, which becomes the CR
 Conditioned Response (CR) –a response to a conditioned stimulus that has been learned (ie.
salivation after the bell)
o The conditioned response usually is weaker than the unconditioned response
 NS NO RESPONSE
 US  UR
 NS+US  LEARNED ASSOCIATION
 CS  CR
 VERY IMPORTANT
 Applications of Classical Conditioning
o Psychological treatments, for example:
 Enuresis
 In a child who does NOT wet the bed, a full bladder is an US that creates
the UR of waking up, but for a child who DOES wet the bed, the full
bladder is a NS. Treatment involves turning it into a CS.
 NS = full bladder (doesn’t cause waking up; peeing the bed)
 Treatment: A new US (buzzer) = UR (wake up) as soon as bladder is full
 Pairing full bladder + buzzer
 Over time, full bladder becomes the CS; and the CR is them waking up
 Phobias
 Treating fears and phobias using systematic desensitization
 Phobias can be learned, eg.
o Pain is US = fear with pain is UR
o Spider is CS, fear of spider is CR
 Unlearn a phobia by…
o Learn relaxation response
o Create hierarchy of fear
o Associate items on hierarchy with relaxation
o Gradually, previously feared items become CS for CR of
relaxation
 Virtual reality therapy –video about Joanne
Acquisition, Extinction, and Spontaneous Recovery
 Acquisition –the gradual formation of an association between the conditioned and the
unconditioned stimuli
o The critical element in the acquisition of a learned association is that the stimuli occur
together in time, a bond referred to as contiguity.
 Extinction –a process in which the conditioned response is weakened when the conditioned
stimulus is repeated without the unconditioned stimulus
o The conditioned response is extinguished when the conditioned stimulus no longer
predicts the unconditioned stimulus.
 Spontaneous Recovery –a process in which a previously extinguished response re-emerges
following presentation of the conditioned stimulus
Unlock document 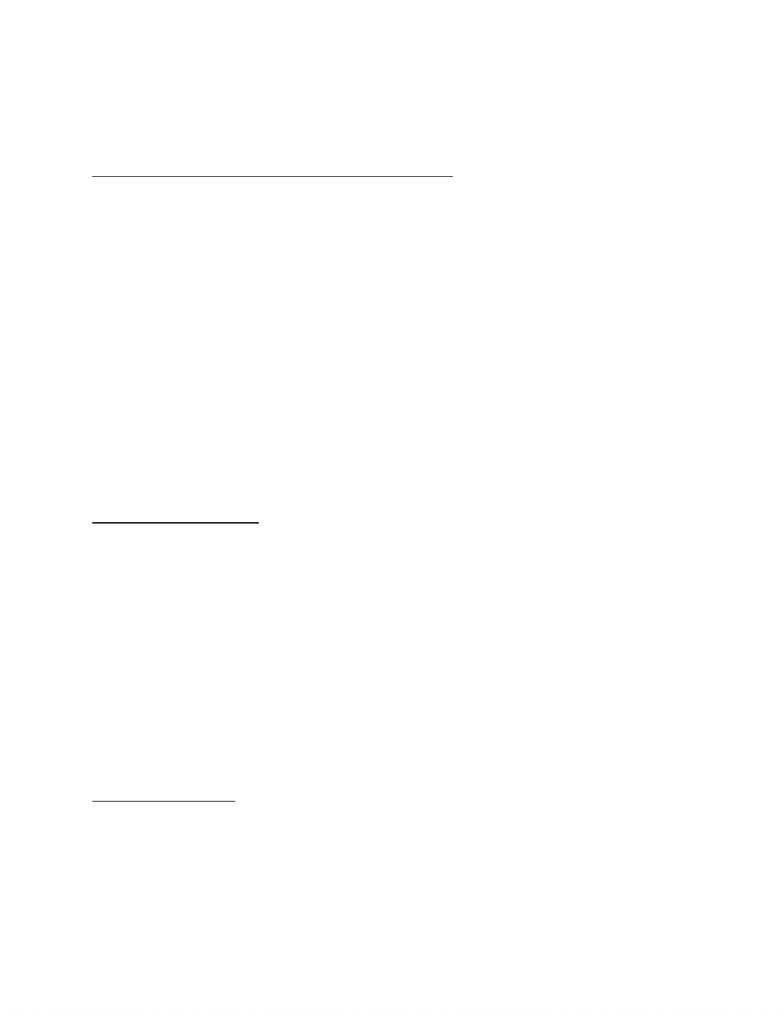 o Is temporary and will fade quickly if unless the conditioned stimulus is again paired with
the unconditioned stimulus
o Therefore, extinction inhibits the associative bond but does not eliminate it.
Generalization, Discrimination, and Second-Order Conditioning
 Stimulus Generalization –occurs when stimuli that are similar but not identical to the
conditioned stimulus produce the conditioned response
o Adaptive because in nature, the CS is rarely experienced repeatedly in an identical
fashion
 Stimulus Discrimination –a differentiation between two similar stimuli when only one of them is
consistently associated with the unconditioned stimulus
o Animals learn to discriminate between two similar stimuli if one is consistently
associated with the unconditioned stimulus and the other is not
 Second-Order Conditioning –when a conditioned stimulus becomes directly associated not with
an unconditioned stimuli, but rather another stimuli associated with the US
o The dogs learned that the metronome (CS) was followed up by the food (US) which
them simulated the salivation (UR). Eventually the dogs began to salivate with just the
CS, causing salivation to the metronome to be the CR. THEN –a black square was
repeatedly presented at the same time as the tone. The was no US, but after a few
trials, the presentation of the black square alone began to cause salivation (SECOND
ORDER CONDITIONING)
Phobias and Addictions Have Learned Components
Phobias and Their Treatment
 Phobia –an acquired fear that is out of proportion to the real threat of an object or of a situation
o According to classical-conditioning theory, phobias develop through the generalization
of a fear experience.
 Fear Conditioning –classical conditioning to fear of neutral objects
 Counterconditioning –a technique of exposing people to small doses of the feared stimulus
while having them engaging in a pleasurable task
 Systematic Desensitization –after patients are taught how to relax their muscles, they are asked
to imagine the feared object or stimulation while continuing to use the relaxation exercises.
o Treatment developed by Joseph Wolpe
o Eventually, patients are exposed to the feared stimulus while they are relaxing
o NOW: It is believed that repeated exposure to the feared stimulus is more important
than relaxation in breaking the fear connection
Classical Conditioning Involves More Than Events Occurring at the Same Time
Evolutionary Significance
 Conditioned Food Aversion –the aversion of a certain food due to the association between
eating a novel food and getting sick
o So strong that it can be formed in one trial
o Easy to produce with smell or taste, but difficult through light and sound
 Biological Preparedness –Seligman’s theory that animals are genetically programmed to fear
specific objects
Unlock document