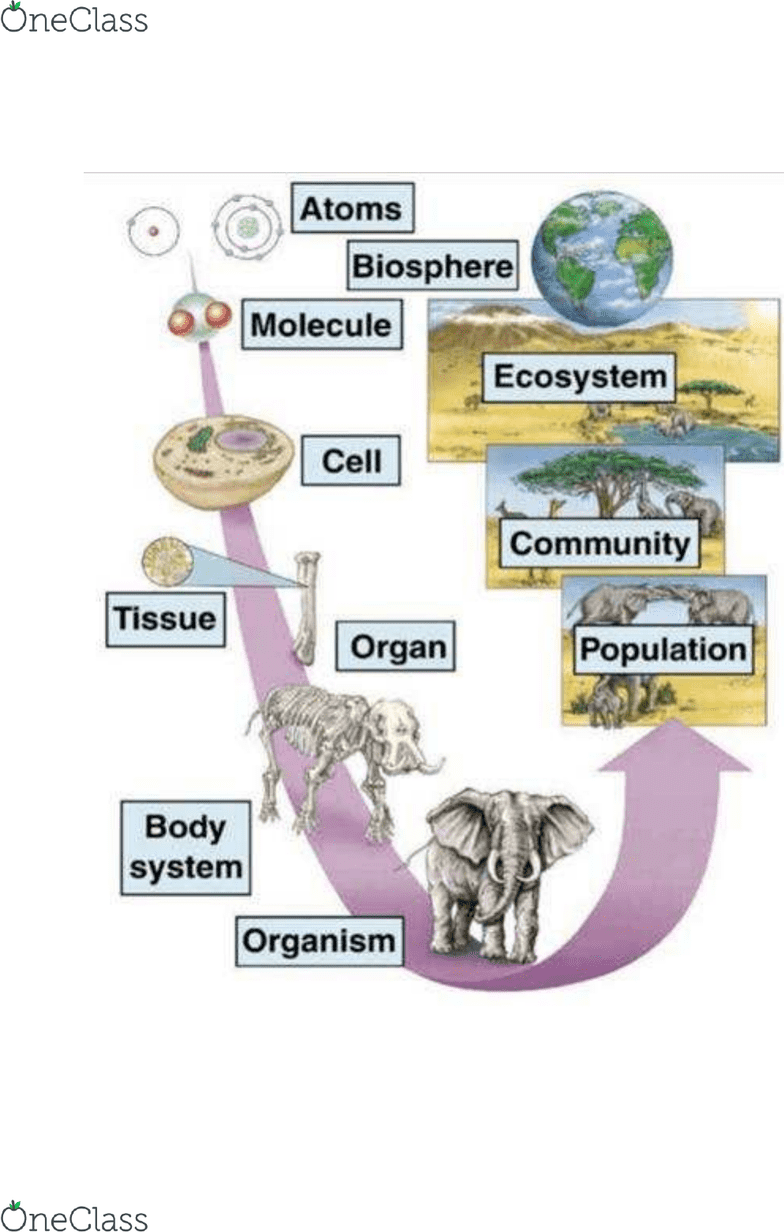 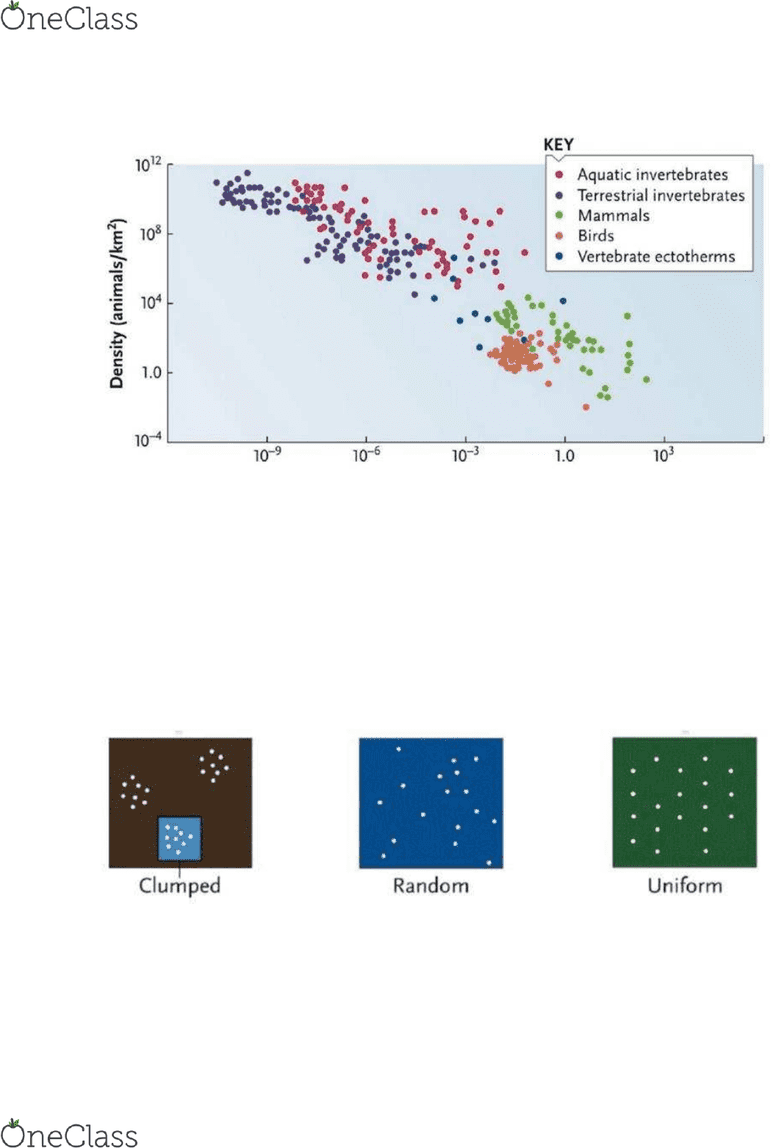 Body mass(kg)
-Relationship between size and density often indicates information about resources used
-Individuals that are large are found at small densities, and small individuals are found at large densities
-Small organisms can easily survive in a place with resources than a group of large organisms
Population Dispersion
 Spatial distribution of individuals within the geographic range
Dispersion Patterns
 Influenced by:
o Distribution of resources in environment/ Landscape features
o Habitat requirements of each individual
o Social structure of species
o Dispersal capacity/mode of reproduction of species
o Presence/absence of other species
Random Distribution
 Distance between individual is "random" with respect to each other's location
o Individuals neither attract nor repel one another
 Rarest type
 Found in homogenous environments
 Seeds of a dandelion, seeds spread out over lawn and no matter where they land they have a
change to develop into a new dandelion plant
find more resources at oneclass.com
find more resources at oneclass.com
Unlock document