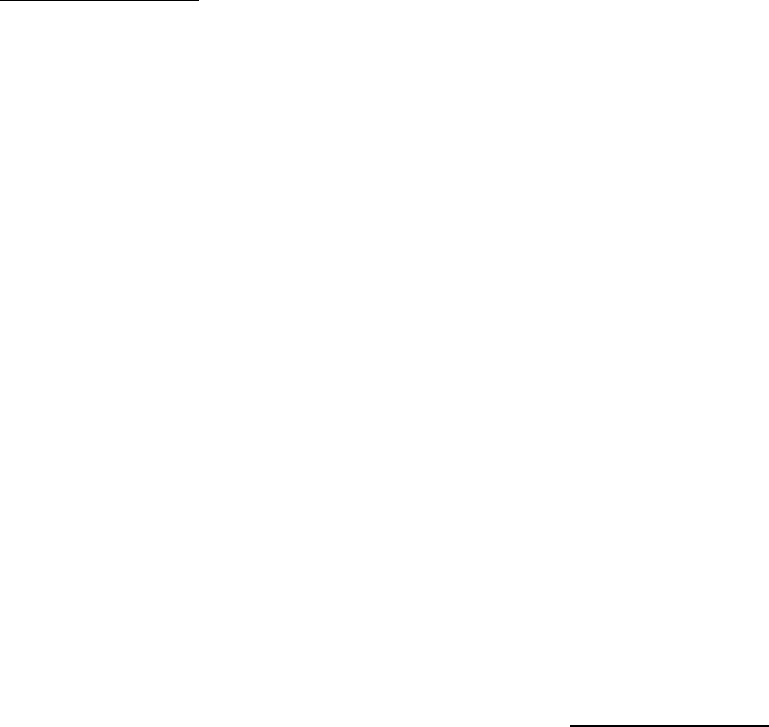 PSYCH 1010: Chapter 16 By: Shayan
SOCIAL BEHAVIOUR
-Canadian Charter of Rights says everyone has to be equally treated
-Racism is important issue in Canada – like Asian immigrants, and Aboriginals
-Social psychology: branch of psychology concerned with way individuals’
thoughts, feelings, behaviours are influenced by others
-Focus here on 7 broad topics:
1) Person perception. Formulating ideas of what others are like.
2) Attribution processes. We try to determine causes of people’s behaviour.
3) Interpersonal attraction. Why do we want attractions with some and not
others?
4) Attitudes. How attitudes are formed.
5) Conformity and obedience. Can people be tricked into doing things against
values?
6) Behaviour in groups. Do people behave differently in groups and alone?
7) Social neuroscience. What structures are associated with social phenomena?
PERSON PERCEPTION: FORMING IMPRESSIONS OF OTHERS
-We almost automatically try to figure others out
-We update our impressions when we learn more about people
-Final impression can often be affected by just one piece of information
-When talking to people, you’re constantly engaged in person perception: process
of forming impressions of others
-Impressions are often inaccurate because of the many biases and fallacies that
occur in person perception
EFFECTS OF PHYSICAL APPEARANCE
-Studies shown judgments of others’ personality are often swayed by appearance,
especially physical attractiveness
-Good looking people command more attention than less attractive
Unlock document

-Attractive people tend to be seen as more sociable, friendly, poised, warm, well
adjusted
-Research findings suggest little correlation exists between attractiveness and
personality traits
-Good looking people overrepresented in entertainment media, most in good roles
-Swayed by our desire to bond with good looking people
-Study at UofT found not only were attractive targets ascribed all those positive
characteristics, but also expected to have better lives, be better spouses, be
more successful in careers
-In another study, showed that linking beautiful with good starts early – three-six
and a half year olds studied
-People have surprisingly strong tendency to view good-looking individuals as
more competent than less attractive individuals
-Good looking tend to secure better jobs, have higher salaries
-We are quick to make inferences about people based on how they walk, talk,
gesture – style of nonverbal expressiveness
-These tend to be fairly accurate
-Good looks have little impact on perceptions of honesty and integrity but people
tend to view those with baby-faced features like large eyes, smooth skin,
rounded chin to be more honest and trustworthy
-They are also seen as warm, submissive, helpless, naïve but there’s no
association at all
COGNITIVE SCHEMAS
-We tend to categorize one another; use of schemas
-Social schemas: organized clusters of ideas about categories of social events
and people
-Schemas for everything from dates, picnics, to people and animals (dumb jocks,
nerds)
-Some are part of personal experience
STEREOTYPES
-Part of our shared cultural background
Unlock document

Already have an account? Log in
-Widely held beliefs that people have certain characteristics because of their
membership in a particular group
-Most common ones are based on age, sex, ethnic, occupational groups
-Gender stereotypes tend to assume that women are emotional, submissive and
mean are unemotional, dominant
-Age stereotypes tend to assume elderly are slow, forgetful, rigid
-Is a cognitive process that’s often automatic and saves the time and effort
required to get a handle on people individually
-Frequently are broad overgeneralizations that ignore diversity within social
groups and foster inaccurate perceptions of people
-These people know not ALL people are alike, but they assume MOST people are
-Perception is subjective, people often see what they expect to see
-Our perception of others also subject to self-fulfilling prophecy
-Clearly demonstrated in a classic study by Mark Zanna:
•Research had two studies
•First study; researchers had white undergrad males interview either black
or white job applicant
•When applicant was black, the student sat farther away, ended quickly,
and made more speech errors
•Adapted what is called immediate style (sitting closer, more eye contact)
but black male had them use nonimmediate style (sit farther away, speech
error)
•In second study; white experimental accomplices interviewed other white
students while adopting either immediate or nonimmediate approach
•Students who were interviewed in nonimmediate seemed more anxious
and didn’t perform as well
•Study showed self-fulfilling prophecy: if you hold strong beliefs about one
group, you may behave in a way to bring out these characteristics
-We often think of effects our stereotypes have on others and how self-fulfilling
prophecy processes might serve to confirm those stereotypes
-Our stereotypes also affect us; influence our conceptualizations of our social
environment, can directly affect our behaviour
Unlock document