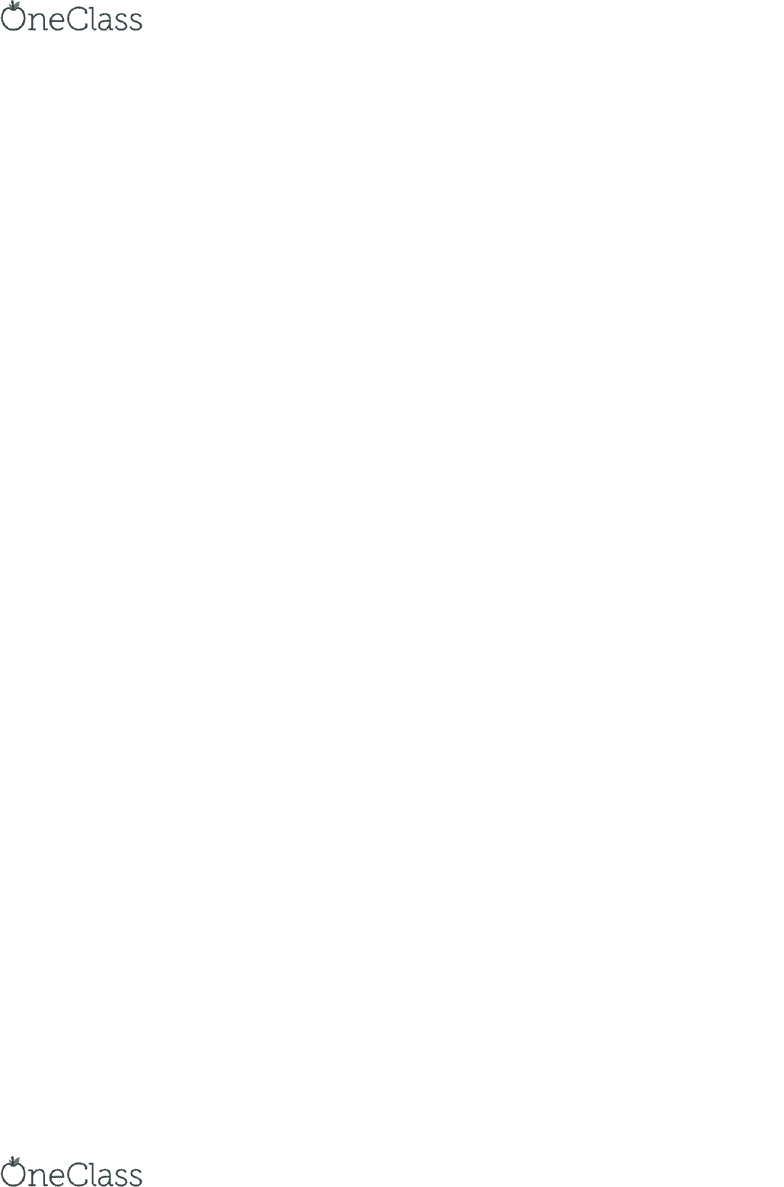 I. Psychoanalytic Model
A. Psychodynamic Models
B. Psychoanalytic theory – The theoretical model developed by Sigmund Freud
that is based on the belief that the roots of psychological problems involve
unconscious motives and conflicts that can be traced back to childhood.
1. –also called psychoanalysis.
C. Conscious – To Freud, the part of the mind that corresponds to our present
awareness.
D. Preconscious – To Freud, the part of the mind that contains memories not in
awareness but can be brought into awareness by focusing attention on them.
E. Unconscious – To Freud, the part of the mind that lies outside the range of
ordinary awareness and that contains instinctual urges.
II. Effects of Freudian Theory in Modern Society
A. Freudian slip
1. an unintentional error regarded as revealing subconscious feelings
a) Example: you and your current significant other are arguing and it
escalates. You call your current your ex’s name
(1) Freud would’ve said that it is because that situation
brought you back to a situation with your ex that was
repressed
III. The Structure of Personality
A. Freud trained and practiced as a neurologist
1. Developed the psychoanalytic theory as he felt the medical model was
incomplete
a) For example, let's say someone complained of chronic pain but
their pain complaint did not follow pain neuro pathways
b) Freud then developed the psychoanalytical model to complement
the medical model not challenge it
2. The Egos
a) Id
(1) The original and unconscious psychic structure
(2) present at birth
(3) that contains primitive instincts and is regulated by the
pleasure principle
(4) Primarily for survival; hunger, thirst, shelter, warmth, sex
(a) Pleasure principle
(i) The governing principle of the id
(ii) If you have an id need, then what you need,
needs to be met immediately
(iii) involving demands for immediate
gratification of needs.
b) Ego
(1) The psychic structure governed by the reality principle
(2) Toddler to 5 or 6
find more resources at oneclass.com
find more resources at oneclass.com
Unlock document

(3) It organizes reasonable ways of coping with frustration
and seeks to curb the demands of the id
(4) Function is to help you survive in society; helps us read
situation and delay gratification
(a) Reality principle
(i) The governing principle of the ego
(ii) which involves considerations of social
acceptability and practicality
c) Superego
(1) The psychic structure that incorporates the values of the
parents and important others and functions as a moral
conscience
(2) The superego serves as a conscience, or internal moral
guardian
(3) that monitors the ego and passes judgment on right and
wrong
(4) Not considered reality principle
(a) It’s a personal reality and not what society said
3. Defense Mechanism
a) Psychological technique and tool to help us deal with a lot of
stress
b) Regression, Suppression and Denial are more early stages of life
c) Sublimation is the most sophisticated defense mechanism
d) As we mature, we have more sophisticated defense mechanisms
e) Example:
(1) Regression; going back to a stage of life
(a) The reality-distorting strategies used by the ego to
shield the self from awareness of anxiety-provoking
impulses.
(b) Is unconcious, you do not have a choice (primitive)
(2) Suppression
(a) Confused with Regression but actually you are
actively doing it
(3) Denial
(4) Sublimation
(a) Someone who is fascinated with knifes and cutting
someone open and observing their insides
(i) The person knows it’s not acceptable in
society and make it more acceptable
(a) Surgeons can do this acceptably
f) These mechanisms enable us to constrain impulses from the id as
we go about our daily business.
find more resources at oneclass.com
find more resources at oneclass.com
Unlock document 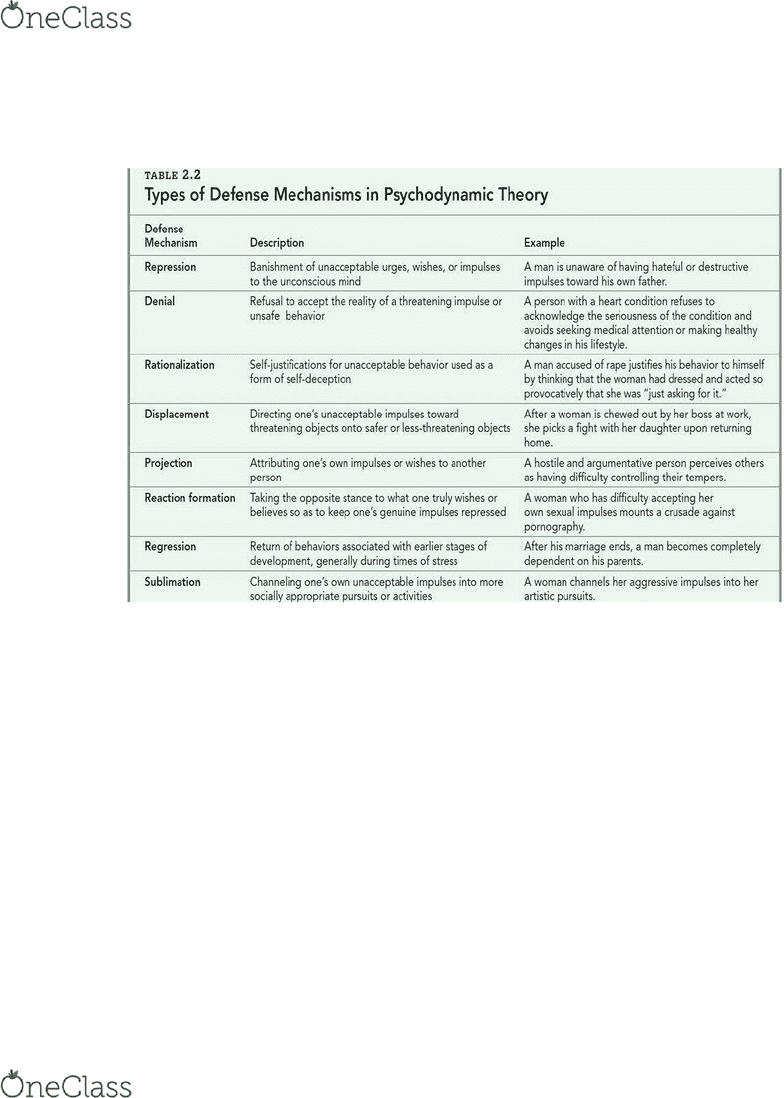 g) Freud believed that slips of the tongue and ordinary forgetfulness
could represent hidden motives that are kept out of consciousness
by repression
4. Stages of Psychosexual Development
a) In Freud’s view, the stages of human development are
psychosexual in nature because they correspond to the transfer of
libidinal energy from one erogenous zone to another
(1) Psychosexual - libido
(a) What was the primary source of instinctual
gratification and when they learn how to control it
(2) Freud proposed the existence of five psychosexual stages
of development:
(a) oral (first year of life)
(i) Feeding
(b) anal (second year of life)
(i) Pooping and peeing; potty training
(a) First time a child realize they are in
control of their pooping and peeing
(ii) Victimization and trust
(c) phallic (beginning during the third year of life)
(d) latency (from around age 6 to age 12)
(e) genital (beginning in puberty)
find more resources at oneclass.com
find more resources at oneclass.com
Unlock document