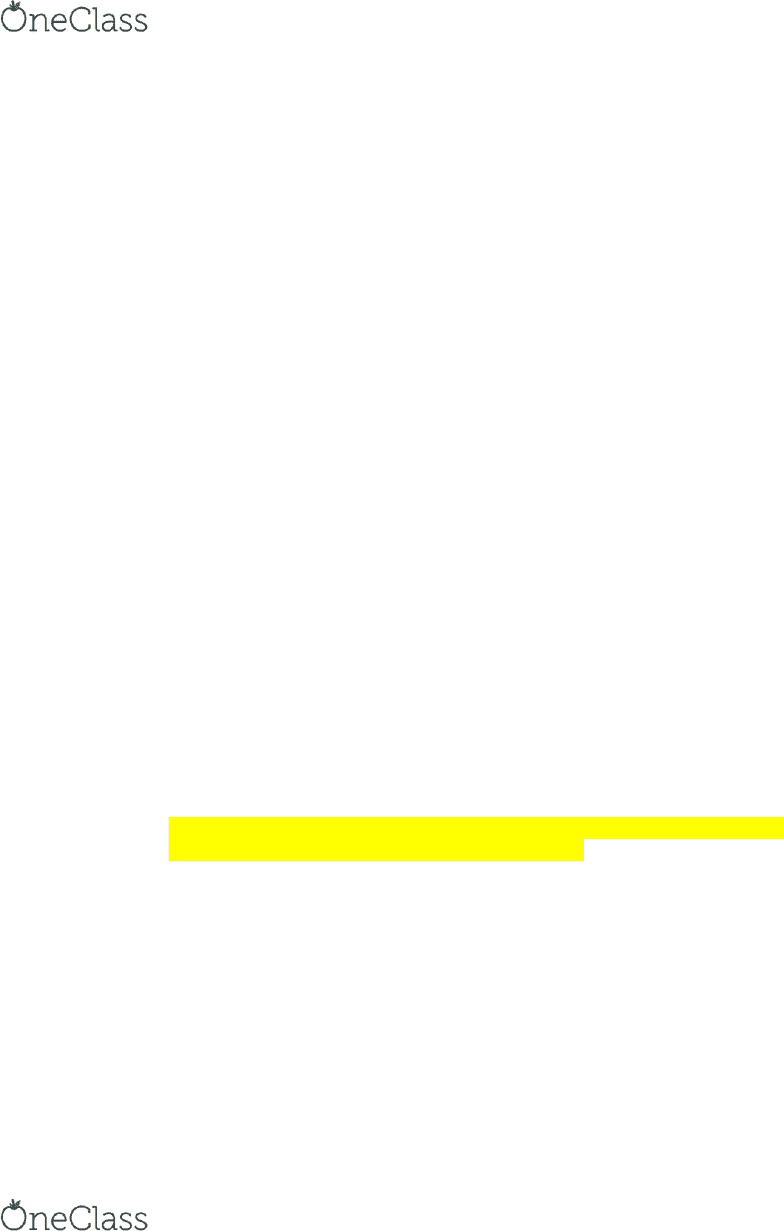 1
Chapter 13
Contract – a promise or set of promises for the breach of which the law gives
a remedy or the performance of which the law in some way recognizes a duty
Agreement – consists of an offer by one party, called the offeror, to enter into
a contract and an acceptance of the terms of the offer by the other party,
called the offeree
Consideration – the bargained-for exchange or what each party gets in
exchange for his or her promise under the contract
Contractual capacity – the legal ability to enter into a binding agreement
oMost adults over the age of majority have capacity; those under the
age of majority, people suffering from mental illness, and intoxicated
persons do not
Objective theory of contracts – we base the existence of a contract on the
parties’ outward manifestations of intent and we base its interpretation on
how a reasonable person would interpret it
oThe subjective intent of parties is not usually relevant; what matters is
how they represented their intent through their actions and words
Bilateral contract – a promise in exchange for a promise. As soon as the
promises exchanged, a contract is formed and the parties’ legal obligations
arise
Unilateral Contract – requires performance in order to form a contract (i.e. a
promise + a requested action). The offeror wants the offeree to do
something, not promise to do something
Express Contract – the terms of the contracts are all clearly set forth in either
written or spoken words
Implied contract – arise not from words but from the conduct of the parties
Void contract – not a contract at all. Either its object is illegal or it has some
defect so serious it is not a contract.
Voidable Contract – one or both of the parties has the ability to either
withdraw from the contract or enforce it
Chapter 14
Option contract – the offeree gives the offeror consideration in exchange for
holding the offer open for a specified period of time
Revocation – the offeror can revoke the offer at any time unless the offeree
entered into an option contract with the offeror. Revocation is effective
when the offeree receives it.
Rejection – another way to terminate the offer, effectuated by the offeree.
Regardless of how long the offer was stated to be open, once the offeree
rejects it, it is terminated.
Counteroffer – an offer made by the offeree to his offeror relating to the same
matter as the original and proposing a substituted bargain differing from that
proposed in the original offer.
oA counteroffer terminates the original offer
find more resources at oneclass.com
find more resources at oneclass.com
Unlock document

2
Destruction or subsequent illegality of the subject matter – if the subject
matter of the offer is destroyed or becomes illegal, the offer immediately
terminates
Lapse of time – if the offer states it will be held open for only a certain time, it
terminates when that time expires
oIn the absence of such time condition, the offer will expire after the
lapse of a reasonable amount of time
Authorized means of acceptance – if the offer specifies that acceptance must
be communicated by a specific mode, that mode is the only means for
accepting the offer.
oIf no mode of communication is specified in the offer, and reasonable
means of acceptance is valid
Unauthorized means of acceptance – when an offer specifies that acceptance
must be communicated by a particular mode, no other form of acceptance is
valid
oFor a unilateral contract, only performance by the offeree constitutes
a valid acceptance
Chapter 15
Consideration – what a person will receive in return for performing a
contract obligation
Types of consideration
oA benefit to the promisee
oA detriment to the promisor
oA promise to do something
oA promise to refrain from doing something
Adequacy of consideration
oThe court seldom considers adequacy of consideration
oThe court does not weigh whether you made a good bargain
Exception: if the court believes fraud or undue influence
occurred, the court may look at adequacy of consideration
Illusory Promise
oIs not a promise at all
oAn illusory promise is not consideration
oE.g., Shawn offers to sell Molly his skis for $300, and Molly responds
“I’ll look at them in the morning, and if I life them, I’ll pay you.”
Enforcement of Promise
oFor a court to enforce a promise, both parties must provide valid
consideration, consideration by one party only is insufficient to
support an enforceable contract
Preexisting Duty Rule
oPerformance of a duty you are obligated to do under the law is not
consideration
oPerformance of an existing contractual duty is not good consideration
Partial Payment of a Debt
find more resources at oneclass.com
find more resources at oneclass.com
Unlock document 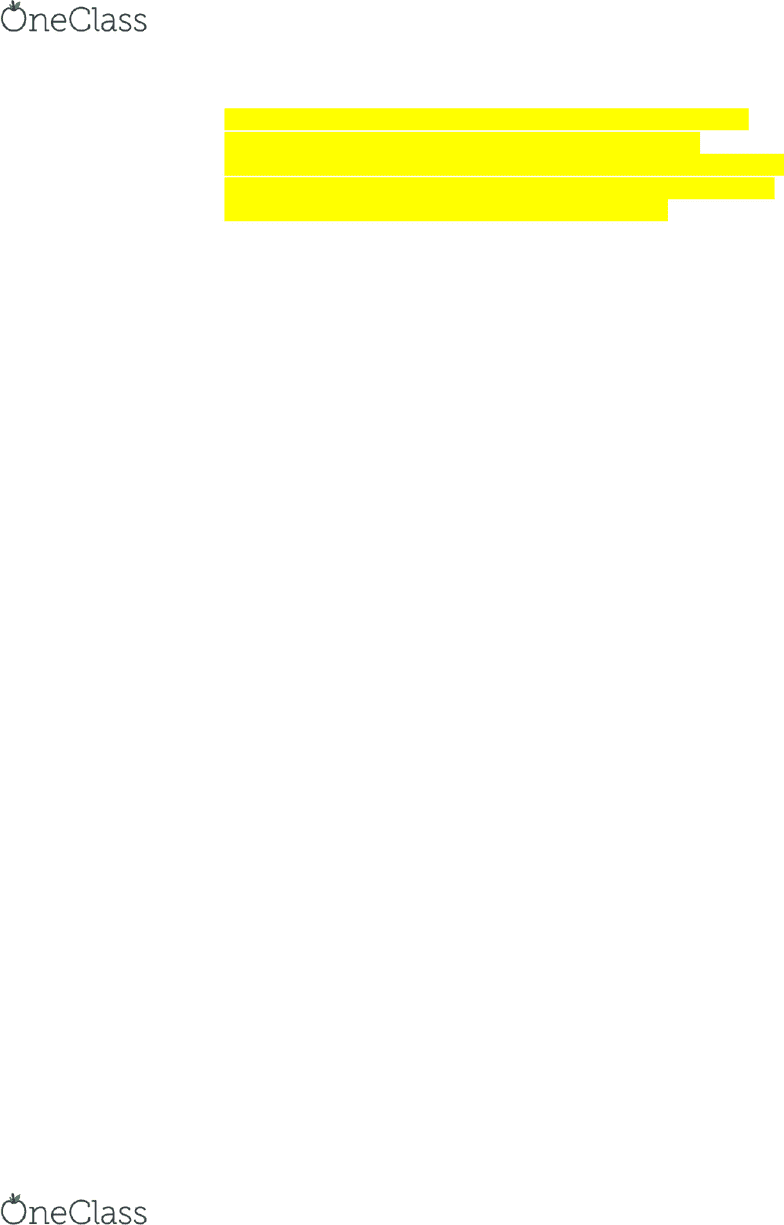 3
oLiquidated debt – no dispute that money is owed or how much—
debtor must pay the full amount even if agree to lesser sum
oLiquidated debt – the parties either disagree about whether money is
owed or dispute the amount—the parties can settle for less than the
full amount if they enter into an accord and satisfaction
 Accord and Satisfaction
oSettling to pay an unliquidated debt for less than the full amount
requires:
1. The debt is unliquidated
2. The creditor agrees to accept as full payment less than it claims
is owed
3. The debtor pays the amount they agreed on
Chapter 16
Capacity
oThe third required element of a legally binding contract
oA person who has legal capacity has the mental ability to understand
his or her rights and obligations under a contract and therefore
presumably to comply with the terms
Emancipation
oIn most states a person is given full legal capacity to enter into
contracts when he or she becomes emancipated before reaching the
age of majority
oEmancipation occurs when a minor’s parents or legal guardians give
up their right to exercise legal control over the minor, typically when
the minor moves out of the parents’ house and begins supporting
himself or herself
Disaffirmance by a Minor
oBecause their contracts are voidable, minors have the right, until a
reasonable time after reaching the age of majority, to disaffirm or
avoid their contract.
oNote that it is only the minor who has the right to disaffirm, never the
adult with whom the minor entered into the agreement
Ratification by a Minor
oOnce a person reaches the age of majority, he or she may ratify, or
legally affirm, contracts made as minor
oExpress ratification – after reaching the age of majority the person
states orally or in writing that he or she intends to be bound by the
contract entered into as a minor
oImplied ratification – occurs when the former minor takes some
action after reaching the age of majority consistent with the intent to
ratify the contract
Mentally incapacitated persons
oContracts of a person with limited mental capacity can be valid,
voidable, or void, depending on the extent of the mental incapacity
find more resources at oneclass.com
find more resources at oneclass.com
Unlock document