-Recall – presented a retrieval cue, we then come up with the information on our own
“Can you remember the words to that song?”
-Recognition – decide whether it’s the sought- after information or not
“Is that the man who robbed you?”
LTM vs Working Memory: size, ease of entry, ease of retrieval, fragility
LTM: Retrieval specifically activated the hippocampus (fMRI)
Working Memory: Retrieval specifically activated the perirhinal cortex
(fMRI)
7 +/- 2 Chunks
Intentional vs Incidental learning: memory can be just as good without
the intention provided that you approach the materials in the right way
-Level of processing: Shallow vs Deep: The manner of engagement that
determines if something will be remembered
-Attention to meaning
Operation span- explicitly designed to measure Working memory’s
capacity adding more chunks each time. (ex: digit-span task, reading span)
Brown-Peterson Task
Sternberg Task
Ch6
Good learning establishes connections between acquisition and retrieval
How you learn (acquisition) depends heavily on what you already know (storage)
Memory connections ‘highways’ influence search for target information.
Context-Dependent learning:
Context only has it’s effect because it influences how you think
about the materials to be remembered Thoughts and perspective
matter not physical environment per se.
Changes in your approach for memory
Godden and Baddeley (1975):Scuba divers memorized
wordsin different situations tested in same or different situation.
find more resources at oneclass.com
find more resources at oneclass.com
Unlock document 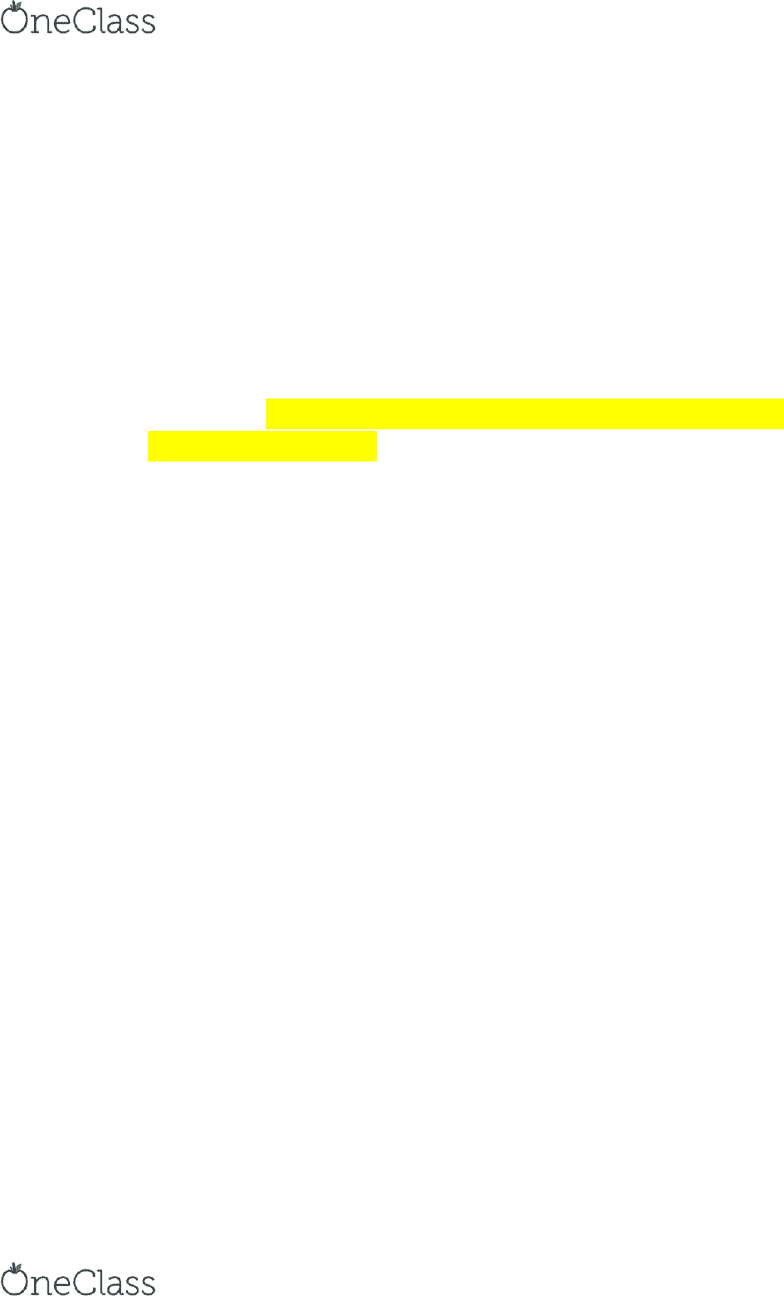 Remembered more in same environment. Feeling/thinking same
thoughts
Smith, Glenberg, and Bjork (1978): learning and testing
different rooms
Fisher and Craik (1977): Influenced perspective directly: series of
word pairs (“context” word and “target” word), remember 2nd, some
semantically associated, think about word’s meaning, others rhymed
think about target word’s sound. Retrieval cue associated with
meaning or sounded like… Retrieval cues matching learning and test
conditions. This match effect wins over the levels-of
processing effect! “Deep but unmatched (17%)” “not so deep,
matched (26%)”
Encoding Specificity:
What you encode is specific-not just with the physical stimulus
encountered, but the stimulus in some other context
Tulving (1983)- “the” “other” What was learned was not just the word;
insteadwhat was learned was the broader, integrated experience.
“Piano-as-a-musical-instrument” isn’t what participants learned if they
say the “lifted” sentence, and so they’re correct in saying this item wasn’t
on the list.
Memory Network
“nodes” – representation of connections tied together via
associative links.
Long-term storage- activation travels from node to node
via associative links.
Spreading activation- central role in retrieval helps us
understand why memory connections are so important/helpful
Energy spreading from the just activated node via its associations
which will activate the nodes connected to the just activated node.
More ‘signal’ input to a particular node increases Activation level of
that node- Response threshold must be reached to be fired.
find more resources at oneclass.com
find more resources at oneclass.com
Unlock document