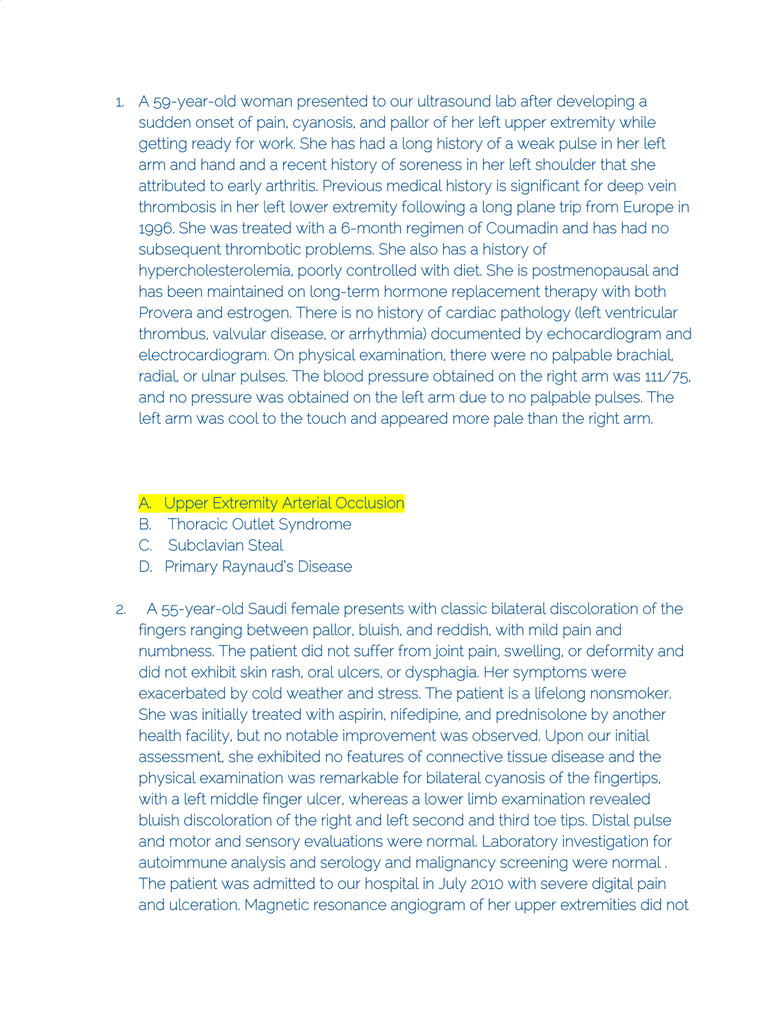 1. A 59-year-old woman presented to our ultrasound lab after developing a
sudden onset of pain, cyanosis, and pallor of her left upper extremity while
getting ready for work. She has had a long history of a weak pulse in her left
arm and hand and a recent history of soreness in her left shoulder that she
attributed to early arthritis. Previous medical history is significant for deep vein
thrombosis in her left lower extremity following a long plane trip from Europe in
1996. She was treated with a 6-month regimen of Coumadin and has had no
subsequent thrombotic problems. She also has a history of
hypercholesterolemia, poorly controlled with diet. She is postmenopausal and
has been maintained on long-term hormone replacement therapy with both
Provera and estrogen. There is no history of cardiac pathology (left ventricular
thrombus, valvular disease, or arrhythmia) documented by echocardiogram and
electrocardiogram. On physical examination, there were no palpable brachial,
radial, or ulnar pulses. The blood pressure obtained on the right arm was 111/75,
and no pressure was obtained on the left arm due to no palpable pulses. The
left arm was cool to the touch and appeared more pale than the right arm.



A. Upper Extremity Arterial Occlusion
B. Thoracic Outlet Syndrome
C. Subclavian Steal
D. Primary Raynaud’s Disease

2. A 55-year-old Saudi female presents with classic bilateral discoloration of the
fingers ranging between pallor, bluish, and reddish, with mild pain and
numbness. The patient did not suffer from joint pain, swelling, or deformity and
did not exhibit skin rash, oral ulcers, or dysphagia. Her symptoms were
exacerbated by cold weather and stress. The patient is a lifelong nonsmoker.
She was initially treated with aspirin, nifedipine, and prednisolone by another
health facility, but no notable improvement was observed. Upon our initial
assessment, she exhibited no features of connective tissue disease and the
physical examination was remarkable for bilateral cyanosis of the fingertips,
with a left middle finger ulcer, whereas a lower limb examination revealed
bluish discoloration of the right and left second and third toe tips. Distal pulse
and motor and sensory evaluations were normal. Laboratory investigation for
autoimmune analysis and serology and malignancy screening were normal .
The patient was admitted to our hospital in July 2010 with severe digital pain
and ulceration. Magnetic resonance angiogram of her upper extremities did not 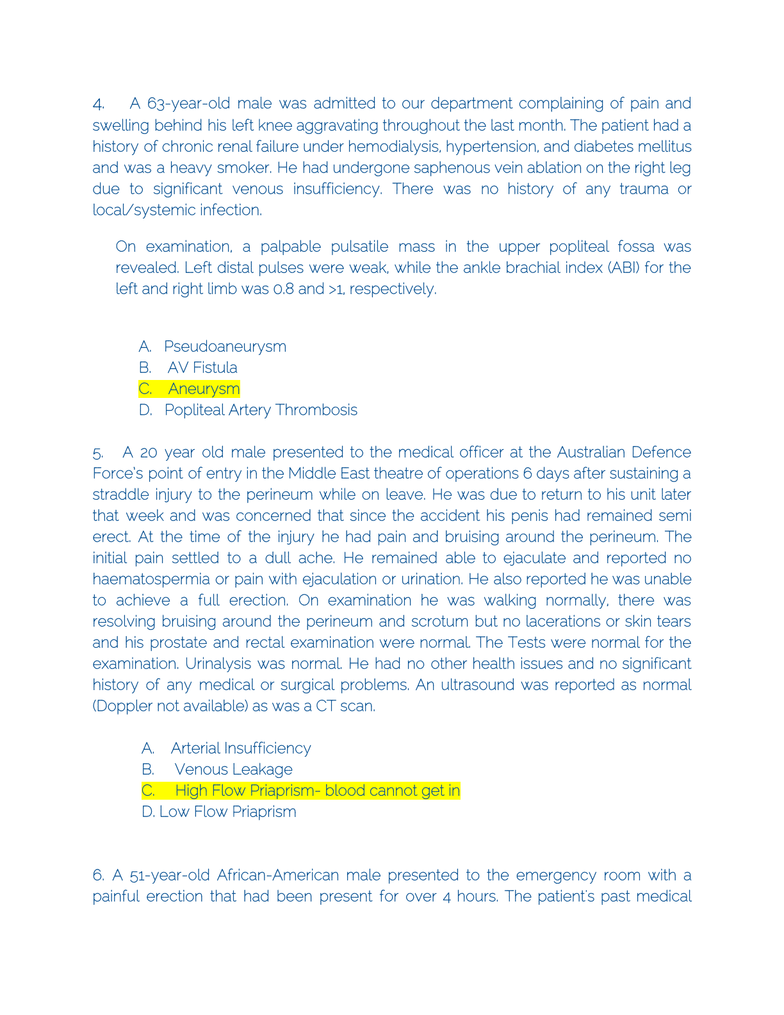