IB 150 – Lecture 9
Cultural Environment
Religion
Religion: a system of shared beliefs and rituals that are concerned with the realm of the
sacred
Ethical systems: a set of moral principles, or values, that are used to guide and shape behavior
Most of the world’s ethical systems are the product of religions
The Seven Deadly Sins
Lust – excessive desires of a sexual nature
Gluttony – over indulgence in eating
Greed
Sloth – laziness or indifference
Wrath
Envy
Pride (vanity)
The New Seven Deadly Sins
After 1500 years the Vatican has brought the seven deadly sins up to date by adding seven
new ones for the age of globalization
The list was published on the March 9, 2008 in L’Osservatore Romano, the Vatican newspaper
The Pope deplored the decreasing sense of sin in today’s “secularized world” and the falling
numbers of Roman Catholics going to confession
List:
Environmental Pollution
Genetic manipulation (e.g. DNA alteration)
Accumulating excessive wealth
Inflicting poverty (social injustice)
Drug trafficking and consumption
Morally debatable human experiments (stem cell, cloning)
Violation of fundamental rights of human nature (e.g., pedophilia)
World’s Major Religion
Christianity – 2.2 billion people (31.5%)
Islam – 1.6 billion (22.32%)
The numbers have been growing significantly through the past years
Agnostic/Atheist – 1.1 billion (15.35%)
Agnostic: a person who believes that nothing is known or can be known of the existence or
nature of God or of anything beyond material phenomena; a person who claims neither
faith nor disbelief in God.
find more resources at oneclass.com
find more resources at oneclass.com
Unlock document

Hinduism – 1 billion (13.95%)
Islam
The central principle of Islam is that there is but the one true omnipotent God.
Islam requires unconditional acceptance of the uniqueness, power, and authority of God
and the understanding that the objective of life is to fulfill the dictates of his will in the
hope of admission to paradise
According to Islam, worldly gain and temporal power are an illusion.
Other major principles of Islam include:
Honoring and respecting parents
Respecting the rights of others
Being generous but not a squanderer
Avoiding killing except for justifiable causes
Not committing adultery
Dealing justly and equitably with others
Being of pure heart and mind
Safeguarding the possessions of orphans
Being humble and unpretentious
The Koran establishes some explicit economic principles, many of which are pro-free
enterprise
The Koran speaks approvingly of free enterprise and of earning legitimate profit through
trade and commerce (the prophet Mohammed was once a trader)
The protection of the right to private property is also embedded within Islam
Islam is critical of those who earn profit through the exploitation of others
Given the Islamic proclivity to favor market-based systems, Muslim countries are likely to
be receptive to international businesses as long as those businesses behave in a manner
that is consistent with Islamic ethics.
The world’s second largest religion
They key economic implication of Islam is that under Islam, people do not own property, but
only act as stewards for God
 While Islam is supportive of business, the way business is practiced is prescribed
Implication for multinationals
Accommodate praying five times a day
The Ramadan: a month of fasting
Natural concern with social justice
Prohibits the payment of receipt of interest
Interest payment: the literal meaning of interest or Al-RIBA as it is used in the Arabic
language means to excess or increase. In the Islamic terminology interest means
effortless profit or that profit which comes free from compensation or that extra
earning obtained that is free of exchange.
Gender roles clearly defined
Islamic Banking
find more resources at oneclass.com
find more resources at oneclass.com
Unlock document 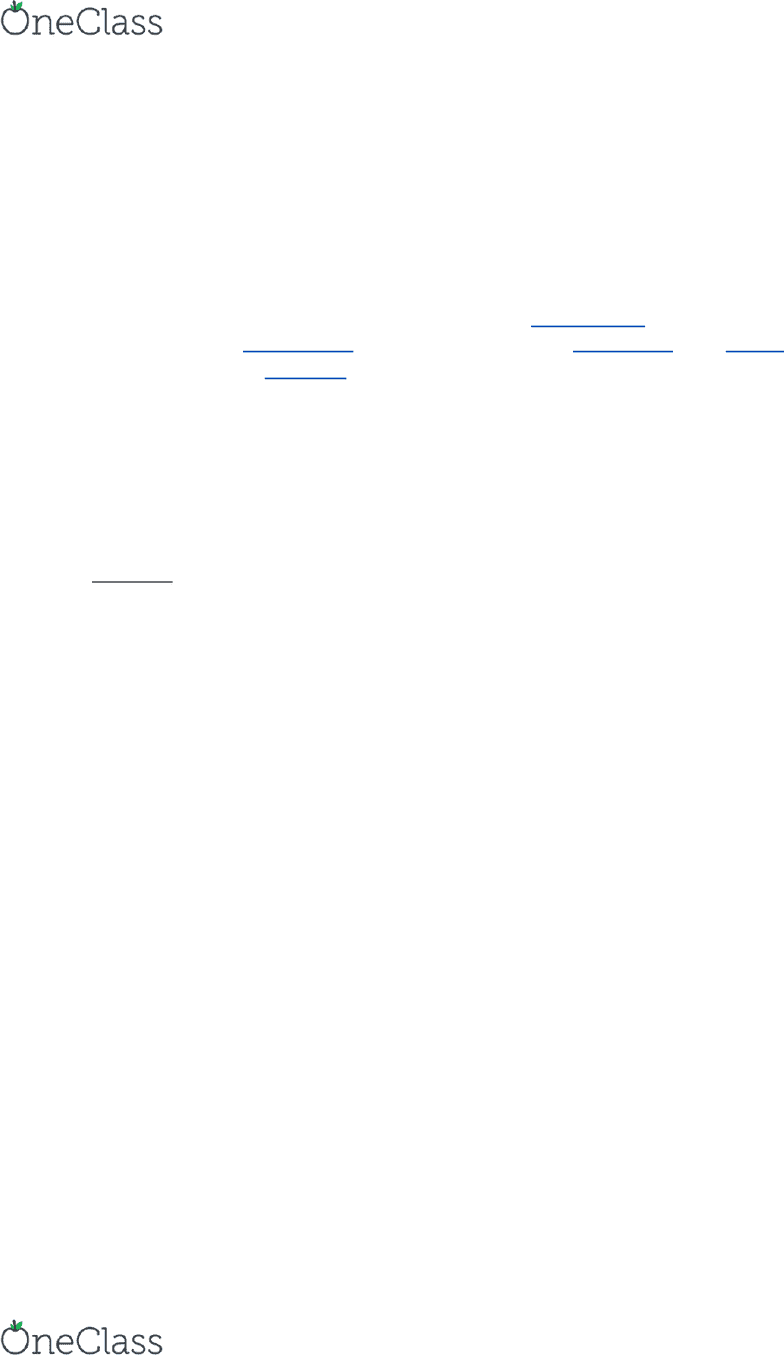 Islamic banking has the same purpose as conventional banking: to make money for the
banking institute by lending out capital. But that is not the sole purpose either.
Adherence to Islamic law and ensuring fair play is also at the core of Islamic banking.
Because Islam forbids simply lending out money at interest, Islamic rules on transactions
(known as Fiqh al-Muamalat) have been created to prevent it.
The basic principle of Islamic banking is based on risk-sharing which is a component of
trade rather than risk-transfer which is seen in conventional banking.
Islamic banking introduces concepts such as profit sharing (Mudharabah), safekeeping
(Wadiah), joint venture (Musharakah), cost plus (Murabahah), and leasing (Ijar).
In an Islamic mortgage transaction, instead of lending the buyer money to purchase the
item, a bank might buy the item itself from the seller, and re-sell it to the buyer at a
profit, while allowing the buyer to pay the bank in installments. However, the bank's
profit cannot be made explicit and therefore there are no additional penalties for late
payment. In order to protect itself against default, the bank asks for strict collateral. The
goods or land is registered to the name of the buyer from the start of the transaction.
This arrangement is called Murabahah.
Hinduism
Practiced primarily on the Indian sub-continent, focuses on the importance of achieving
spiritual growth and development, which may require material and physical self-denial
Since Hindus are valued by their spiritual rather than material achievements, there is not the
same focus on entrepreneurship found in some other religions
Promotion and adding new responsibilities may not be the goal of an employee, or maybe
infeasible due to the employee’s caste
Labor cost is cheap so apple is moving there
Management Focus: McDonald’s and Hindu Culture
This feature describes the unique challenges faced by McDonald’s in India. The cow is
considered sacred in India’s Hindu culture prompting McDonald’s to alter its menu to offer
mutton and chicken alternatives to its traditional beef burgers. However, the company
recently made news when it was discovered that its French fries were cooked in oil that
contained beef extract.
In response to the needs of the Indian market, McDonald’s changed its menu to include
mutton and chicken products rather than the beef based products that are featured in its
regular menu. Most students will probably suggest that even with the changes, the
company remained true to its identity because it used names similar to traditional names
to describe the new products, and built its restaurants following the traditional American
style.
The lawsuit against McDonald’s over the presence of beef extract in its French fries caught
the company off-guard. McDonald’s quickly acknowledged its mistake, and settled the
lawsuit. The company also made a public apology and vowed to be more accurate in its
food labeling in the future. However, many students will probably argue that the company
failed to adequately reassure consumers in India, where angry Hindus protested in the
streets. Students might suggest that the company should have responded not only to the
find more resources at oneclass.com
find more resources at oneclass.com
Unlock document