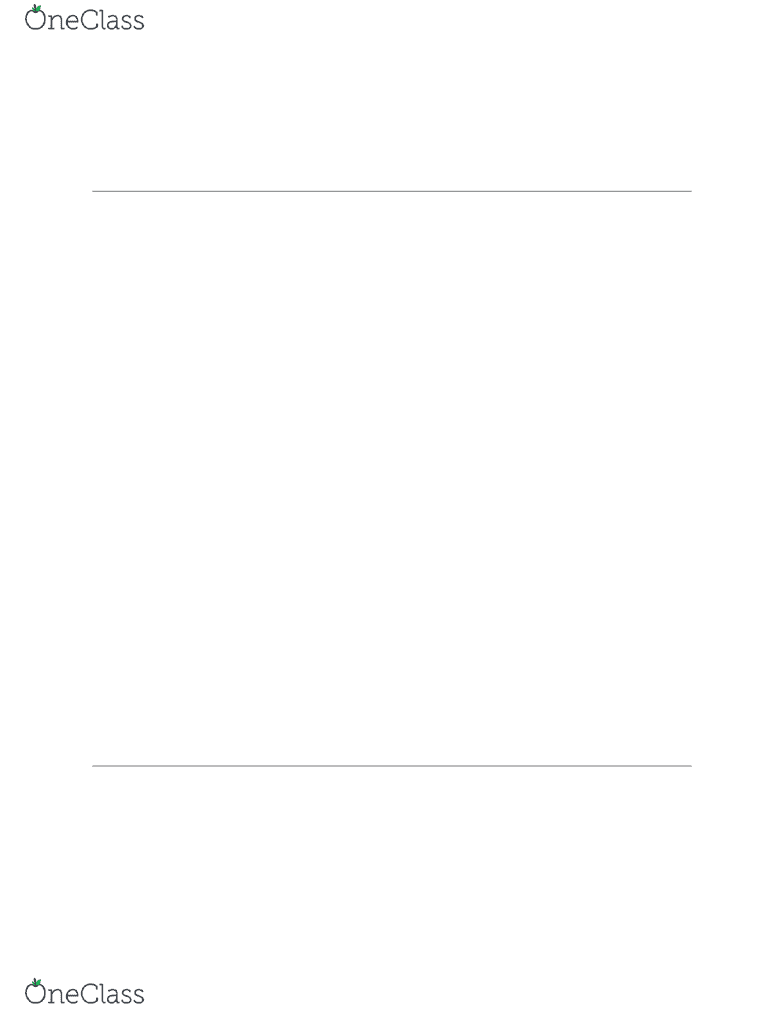 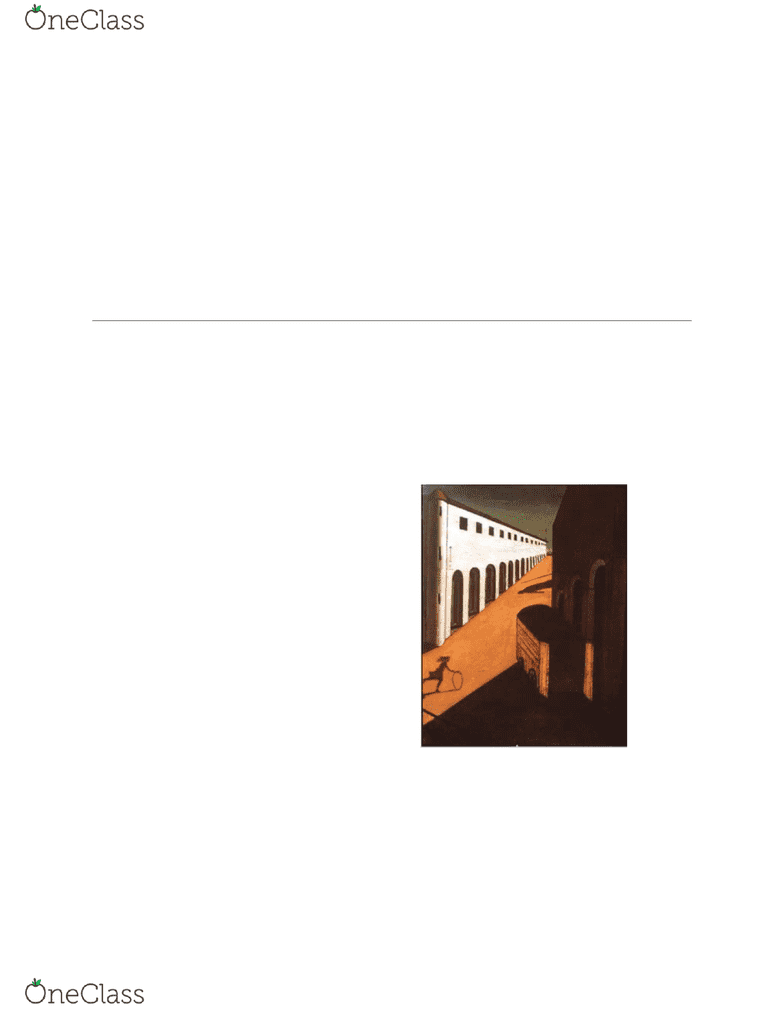 Surrealism #11
•he wrote a manifesto of surrealism (can never imagine the DADA doing that, it
would be to doctrinaire for them)
-major points: the interior world is more powerful
-automatism: reveal things the consciousness is hiding
-wrote a book of poetry called Magnetic Fields
-he idea is that the images and words in it would be gathered randomly like a
magnetic ﬁeld but the poetry isn't really random at all
-calling up primal imagery
Georgia de Chirico
-born in Athens
-studied and educated in Munich (which had a big simplistic tradition)
-spent time in Paris and Italy
-interested in literature
-Melancholy of the Street (1914)
-relates to his experience in Italy
-the architecture look like the
foundlings hospital with the arcade
-we see a shadow waiting for a young girl
-a shadow of a statue
-the girl is real but she looks like a
shadow
-arcade runs on forever
-mystery of deep space
-strange light: an interior glowing light,
unvarying
-there is a cart with open doors and left empty — questioning what was it or why it
was there
-resembles dreams of running through something and never reaching the end
-this is a silent painting
-authentic dream imagery
!2
find more resources at oneclass.com
find more resources at oneclass.com
Unlock document 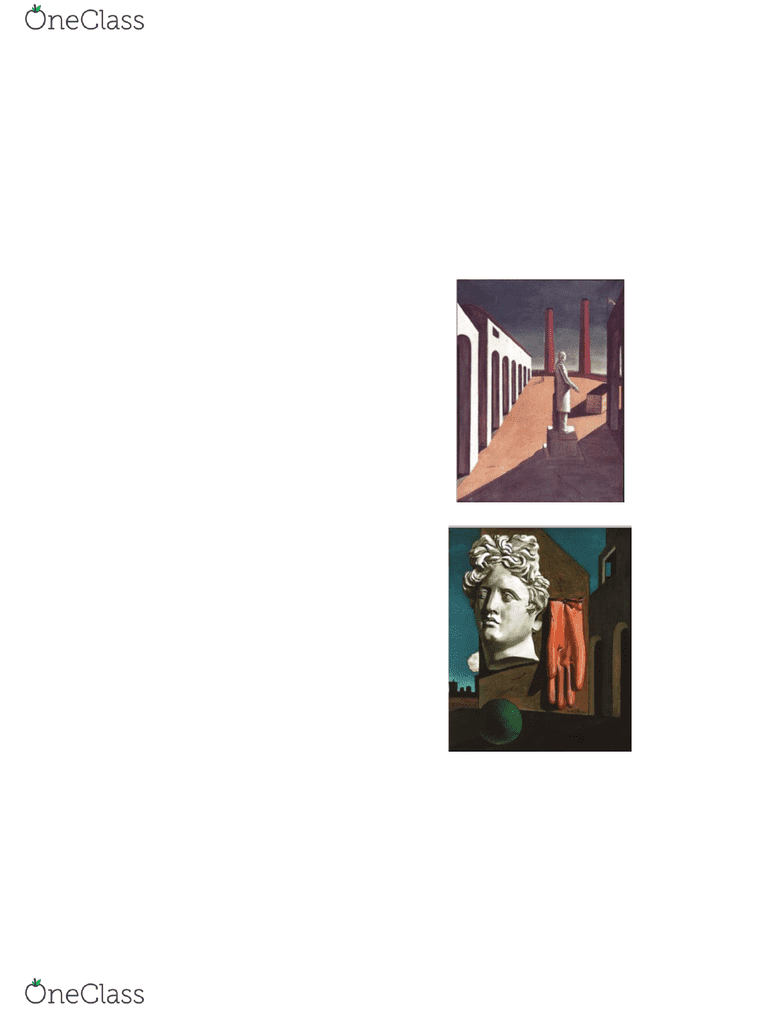 Surrealism #11
-it has an original mysterious dream like quality that transcends any of the sources
he’s seen
-Enigma of the Day (1914)
-shows the sculpture that leaves a shadow in
Melancholy of the Street
-the box is shown but is closed
-the unending arcade
-Song of Love
-Nostalgia of the Inﬁnite
!3
find more resources at oneclass.com
find more resources at oneclass.com
Unlock document