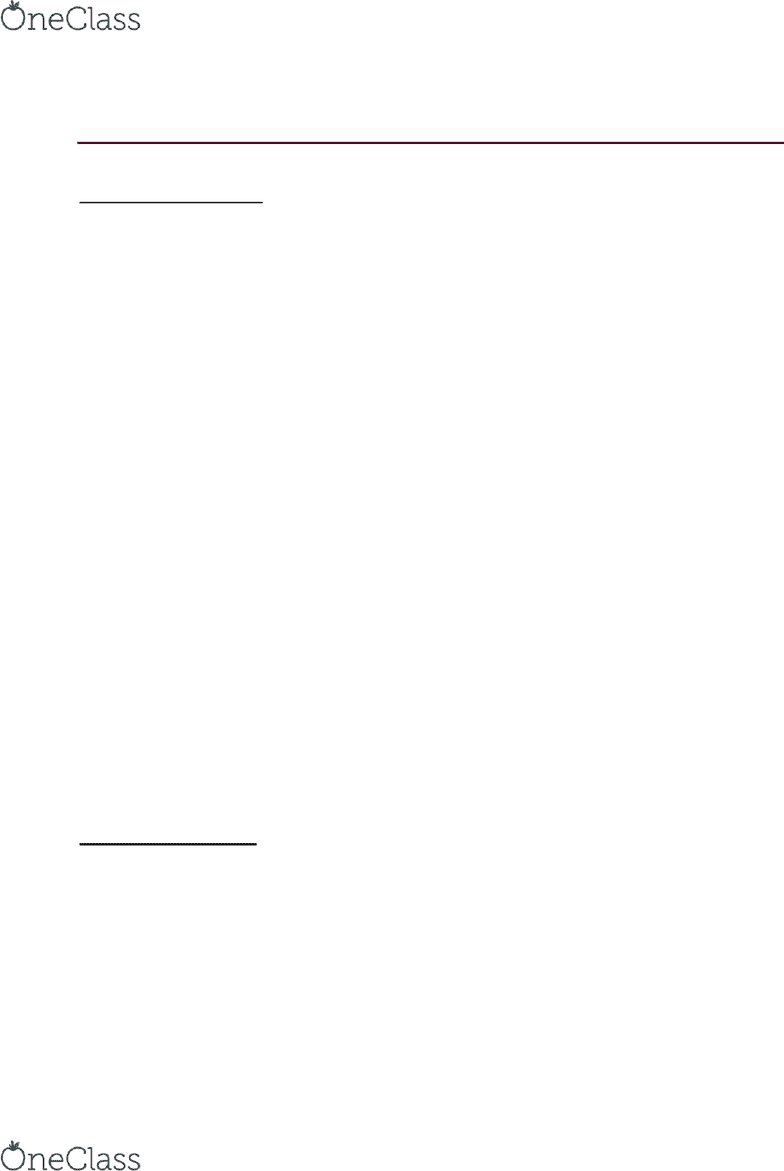 January 23, 2017
Why Study Europe?
 1957
o Creation of the European Union
 2007
o The Berlin Declaration was published to mark the fiftieth anniversary
of the European Union.
 2008
o Within a year of the Berlin Declaration, the world faced one of the
worst financial crisis since the Great Depression of 1930
 2009-2010
o Low turnout of voters to European Parliament Election, Greek
Economic crisis
 European participants seem uninterested in politics at this time
 Greek Economic Crisis adds both economic crisis to the
political crisis at that time
 2017
o Marks the 60th Anniversary of the European Union
Success and Failure
 Ongoing tension between success and failure, optimism and pessimism –
part of story of European integration since its emergence
o There is a fluctuation between success and failure for the European
Union adding tension to the EU
find more resources at oneclass.com
find more resources at oneclass.com
Unlock document

2
 Lasting peace in Europe, revitalization of European Marketplace, alteration
of global balance of power.
o There is finally a lasting peace at this time which isn’t commonly seen
in Europe.
o Quiet Revolution
 Europe can emerge now as a large global power
 Problems with unemployment, productivity, labor market restrictions,
declining and aging population.
o There will not be something similar to the United States of America
(USA) where everyone is connected in Europe (not USE – United
States of Europe)
o There were a lot of issues in Europe that could not be solved on a
national level in the EU
 Example: unemployment in Germany wouldn’t be dealt with on
a national level, it would be dealt with on a country level.
Germany would help Germany.
o If all people are educated enough they can all get jobs and they can all
provide for their families.
 The basis of the economy lies in parliament because it is the job
of the country to make sure people get educated to get jobs to
further the economy.
o Declining and Aging population is a problem for the EU because
public policies will be effected based on the declining population.
 They’d have to change national laws if there is a large change
in number for a population
 WWI
o 1914-1920
find more resources at oneclass.com
find more resources at oneclass.com
Unlock document

3
 WWII
o 1938-1945
 WWI and WWII
o We call them both World Wars but they’re both fought in Europe.
 Europe had a lot of colonies so if you have a war in Europe the
war will spread to their colonies that are spread around the
whole world and that’s why it became a world war.
The European Union and Europeans
 The European Union helped redefined the way how Europeans see Europe
themselves and how the world sees Europe
o Going back to the Cold War era, Europe was very quiet and wasn’t
really doing anything.
o Some European countries were creating things nationally which was
great but not everyone in Europe was doing things and therefore it
wasn’t a universal appreciation of all of Europe.
 Building common body of laws and policies brought Europeans closer
together to their mutual advantage.
o Working on common policies for all 27 states for everyone to have an
advantage.
European Experiment and Sovereignty of the States
 Undermines sovereignty of the member states
o Westphalia Treaty
 1648
 We call this time the “birth of the nation state”
 Empires shouldn’t exist anymore
find more resources at oneclass.com
find more resources at oneclass.com
Unlock document