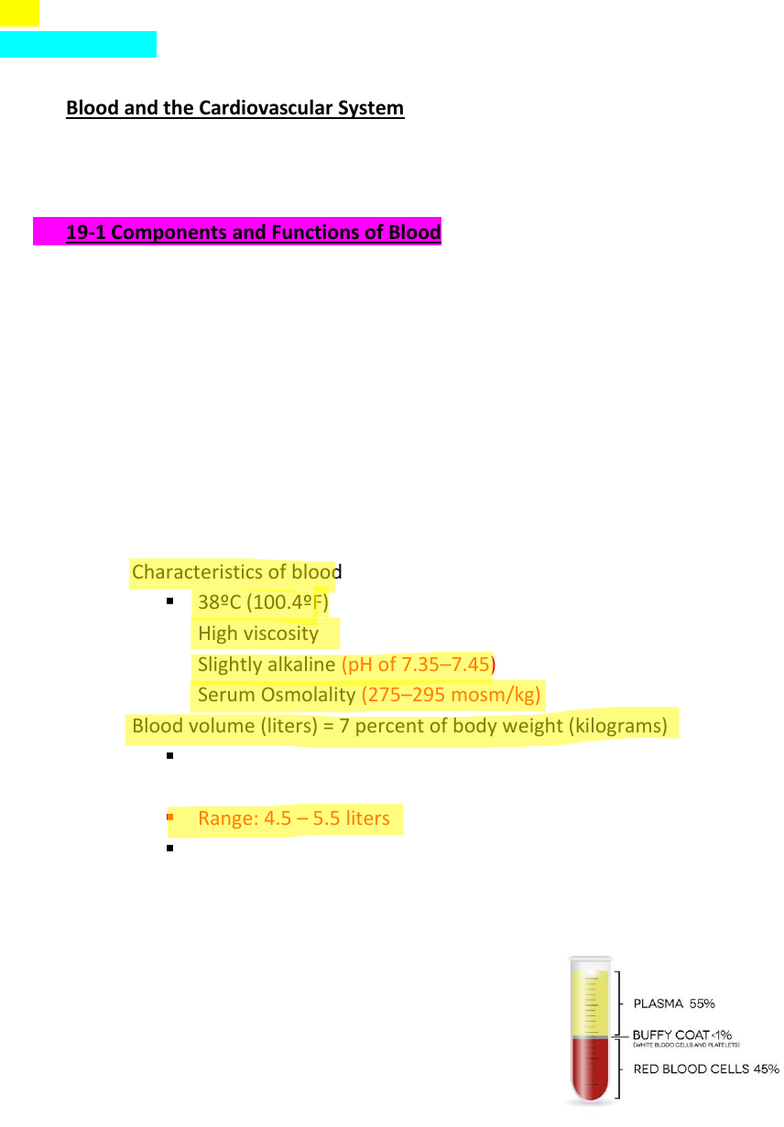 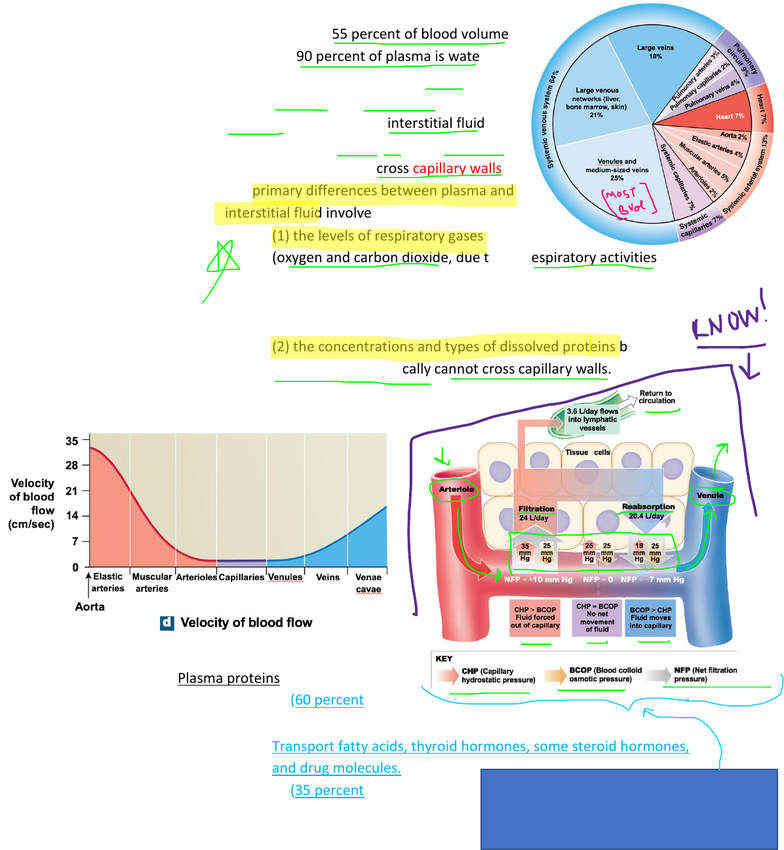 BLOCK 2
• Antibodies (immunoglobulins)
• Transport globulins including hormone-binding proteins,
metalloproteins, apolipoproteins (lipoproteins), and steroid-
binding proteins
▪ Fibrinogen (4 percent)
• Soluble protein that functions in clotting
• Converted to insoluble fibrin
• Conversion of fibrinogen to fibrin leaves serum (fluid) in blood
sample
▪ Other plasma proteins (1 percent)
• Varying concentrations of enzymes and hormones
▪ Serum is the liquid portion of the blood after it has been allowed to clot.
It is free of clotting proteins but contains the clotting metabolites that
result from the clotting process. It is a cleaner sample typically free of
cells and platelets because they are trapped in the fibrin meshwork of the
clot. Plasma, on the other hand, is the liquid portion of blood that has
been prevented from clotting and is more reflective of the blood as it
circulates in the body. Though it has an advantage over serum in that
testing is not delayed by waiting 30 minutes for a clot to form, it is
typically contaminated by platelets and cellular elements that have the
potential to alter analytical results.
o Origins of plasma proteins
▪ More than 90 percent made in liver
• Including all albumins, fibrinogen, most globulins, and various
proenzymes
▪ Antibodies made by plasma cells (B cells that have been activated)
▪ Peptide hormones made by endocrine organs
o Formed elements → 45% (hematocrit)
▪ Red blood cells
▪ White blood cells
▪ Cell fragments (platelets)
o Hemopoiesis
▪ Process of producing formed elements
Unlock document