Post Midterm Notes 16/02/2015 19:31:00
←EMERGENCY OF HUMANITARIANISM:
←Westphalian Principle: Is an institutional arrangement for organizing
political life based on three key characteristics. Religious tolerance and state
sovereignty are very important.
States are sovereign and they have the fundamental right to self
determination
There is no legal hierarchy. All states are the same in this
organization of international
Principle of non-intervention means that I, in my state, can do
whatever I want and you have no right to interfere. No state can
interfere in the internal matters of another state.
This has been the status quo since the 17th century., however, it
was challenged in 2005 via the drafting of the “responsibility to
protect” gave the military a responsibility to intervene if that state
fails to protects its citizens.
←Conventions: can challenge the Westphalian model in that it
sometimes includes external structures to check up on a states behavior.
What is a convention?
oRulers enter voluntarily
oConventions promise some kind of improvement
oRulers make a commitment that exposes their own domestic
policies to external scrutiny
oThe willingness of one actor to abide to a convention is not
contingent on the behavior of another actor
oEnforcement mechanism of conventions vary.
Treaty is different because it does not need to see improvement.
Also, I only sign a treaty if you sign it as well. And a treaty is not
always voluntary.
o
←Hugo Grotius: a 16th century Dutch Lawyer that composed a theory
of Just War. At this time, war was completely legitimate when solving
international problems. The theory that we as nations agreed to war
regulations came about here. Anything a soldier does in battle has to be
explicitly related to the war intentions.
Jus Ad Bellum
find more resources at oneclass.com
find more resources at oneclass.com
Unlock document 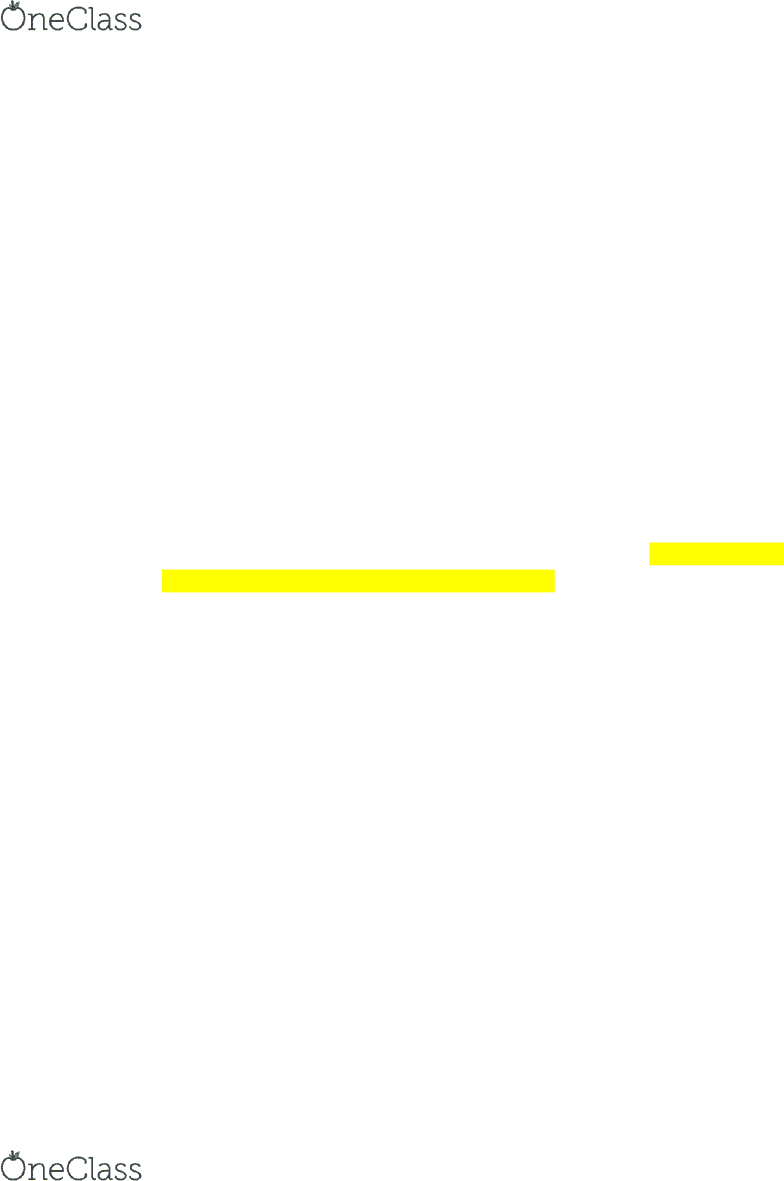 Jus in Bello
←Franz Lieber: Helped author Military Codes of Conduct during the
American Civil War. Went about signing an agreement on how we would
behave in battle. Whatever you have agreed to in peace, should stand in
war.
Military Necessity: Does not allow soldiers to simply do anything.
Cant inflict suffering for the sake of suffering. One cannot engage
with civilians, keep them undisturbed.
oOne can only engaged with civilians if they are hostile toward
you.
The idea of regulating war proposed by Dunant in Geneva, was
something people actually thought about.
←Jus in Bellum:
←The Hague 1899 & 1907:
1899- focus was the European arms race + international
arbitration as an alternative to war.
1907- outlines the laws and customs of war on land. No aggressive
war. No violence against non-combatants.
All states would be held responsible and they may have to pay
some type of monetary compensation. Today, these are called war
crimes.
←Battle of Solferino: A battle for Italian independence where Dunant
witness one of the most deadly battles. 3,000 died and 23,000 were
wounded.
Why was Dunant’s memory of Solferino SOOO POWERFUL?
oIt is a primary source, someone that went and witnessed
these atrocities. He adds a lot of descriptions to his writing
focusing on bloody imagery. Powerful language. “When
ammunition was destroyed, the soldiers fought with stones”
their fighting became savagery and ultimately dehumanized
these men.
←Henry Dunant: The history of Emergency Humanitarianism begins
with him. He came from a wealthy family that was engaged in helping
troubled families.
find more resources at oneclass.com
find more resources at oneclass.com
Unlock document

He was an incredible business man who wanted to build a business
in Algeria. At the time, Algeria was a French colony where he
would develop it, but the colonial officers in Algeria did not allow
him to do this.
Dunant then went to Napolean III to ask him if he could grant him
the privilege to take over Algeria. Dunant travels to Solferino and
witness one of the greatest battles of Italian Independence.
oThe outcome of this war was tremendous. 3,000 died, 23,000
wounded.
oHaunted by this experience, Dunant goes home and writes
the “Memory of Solferino”
This publication became an overnight hit. He sent it to
those who had great power. This narrative was special
and ultimately led to the creation of a humanitarian
committee.
One of the first unvarnished accounts of war. We truly
see, for the first time, the horrors of war as they are
being committed. Facts, Sympathy, feelings
Bridging the gap: Dunant went on to propose an
International convention that could regulate war.
←International Committee of the Red Cross: The ICRC was based
on the idea of apolitical Humanitarianism
Neutral, impartial and independent (cant take sides)
Care for the bodies and the souls of soldiers, refugees, prisoners of
war
Universal: you deserve care simply because you are human.
oThis was a transnational organization that respected and
upheld state sovereignty. ICRC is not linked to missionary
narrative nor an acute event, but it also transcends
boundaries
oFurthers the idea of Universalism bc it states that everyone is
the same and all need our care. It is an expansion of our
circle or we
oInternational Law- ICRC opened the global door to a third
committee that can assert itself among nation states while
maintaining its very own power.
find more resources at oneclass.com
find more resources at oneclass.com
Unlock document