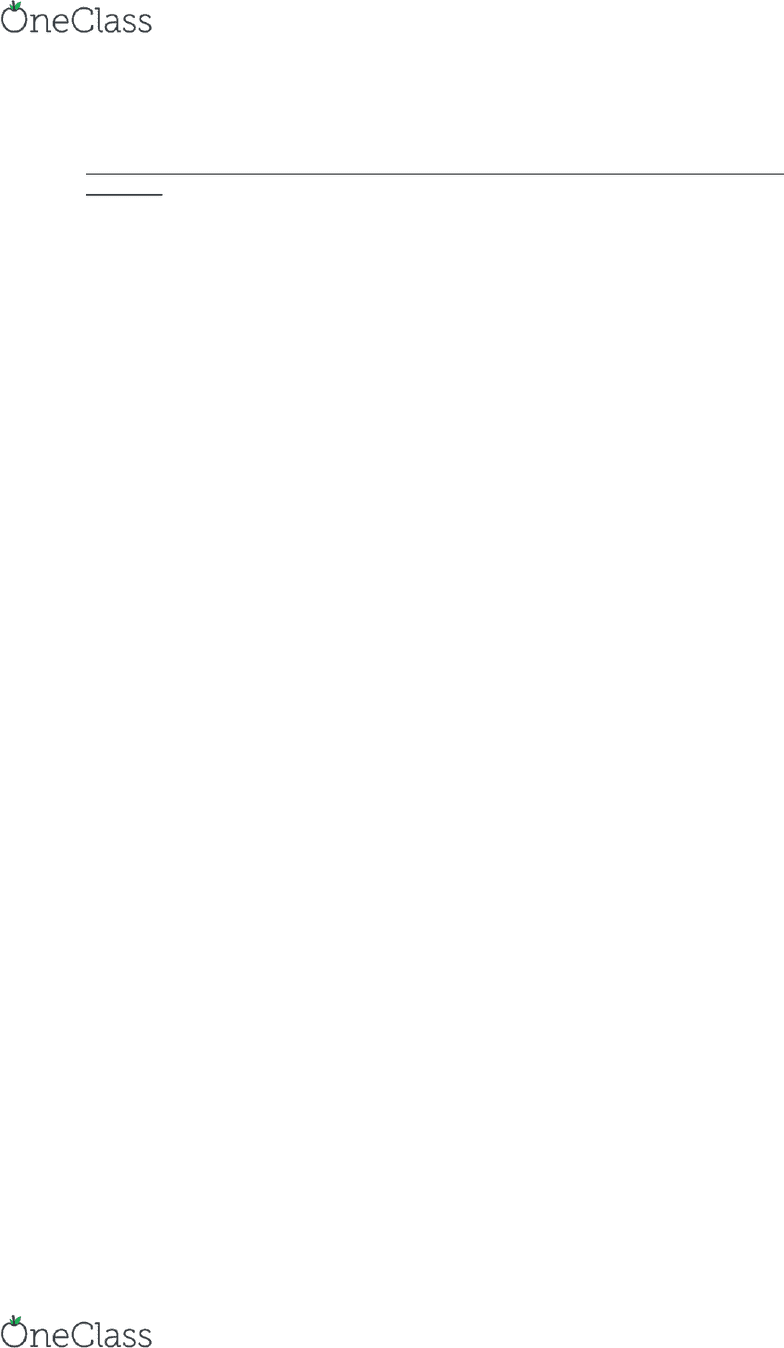 Week 4:Monday January 30th
Diana Taylor Reading: Performing cultural memory in the Americas: The archive and the
repertoire
Some artists refer to performance as performance art, this constitutes the object/process of
analysis in performance studies and what one society considers performance might be a
nonevent elsewhere. Performance also constitutes to the methodical lens and functions as
an epistemology but vary from community to community, reflecting cultural and historical
specificity as much in the enactment as in the viewing (3). Performance also tells us a great
deal about our desire for access, and reflect the politics of our interpretations (6). Some
anthropologists and theatre scholars were heavily influenced by the modernist impulse to
see the authentic, primitive and somehow purer expression of the human condition in non-
western societies (8). The reciprocal contact between the western and nonwestern is
theorized in latin america as transculturation which denotes the transformative process
undergone by all societies as they come in contact with and acquire foreign cultural material,
whether willingly or unwillingly (10), and claims of inclusion no longer the practice of
exclusion (11). Taylor proposes an active engagement and dialogue as performance as
existed as long as we have existed and performance studies had a lot of inherited baggage
which it is succeeding in overcoming these limitations (12). Accion (an act) and
representacion (notions of mimesis of a break between the real and its representation) allow
for individual intervention and action, these words derive from western languages, cultural
histories and ideologies (14).
Performance studies allows use to expand what we understand by knowledge and challenge
the preponderance of writing in western epistemologies. By shifting the focus from wirren to
embodies culture, from the discursive to the performatic we shift the methodologies (16).
What changed with the conquest was not the writing displaced embodiment but the degree
of legitimization of writing over other epistemic and mnemonic systems. The colonizers
limited access to writing to a very small group on conquered males who felt they would
promote evangelical methods (18).
However the issue is not between the written and spoken word but between the archive of
supposedly enduring materials and the repertoire of embodied practices and knowledge. An
archive is a public building where records are kept, a beginning which sustains powen
and succeeds in separating the source of knowledge from the knower (19).
The repertoire on the other hand enacts embodied memory and is thought of as ephemeral,
non reproducible knowledge and also allows for individual agency. It keeps and transforms
choreographies of meaning and allows scholars to trace traditions and influences. (20)
The live performance however cannot be captured or transmitted through the archive and
embodied memory, because it is live, exceeds the archives ability to capture it. (20)
They are both important sources of information that exceed the limitations of the other and
exist in a constant state of interaction, the repertoire however has had a tendency to be
banished into the past. (21) The relationship is not sequential, binary or true versus false,
but it has the binary property of the archival constituting hegemonic power and the repertoire
providing the anti hegemonic challenge. (22)
Part of UNESCO’s challenge was to make the intangible performance protected and moving
materials from the repertoire into the archive through the ‘living human treasures’ but the
problem of objectifying and isolating the non western arose. (23)
Taylors solution of coming up with a new methodology includes using a scenario as a
paradigm which by understanding social structures we can draw from the archive as well as
the repertoire. (29)
First the physical location needs to be conjured up, then the viewers need to deal with the
embodiment of the social actors, third, the setup and the action need to be encapsulated
which predispose certain outcomes while allowing for reversal, paradoy and change. Fourth,
the transmission of a scenario reflects the multifaceted systems at work in the scenarios
themselves. Fifth, the scenario forces us to situate ourselves in relationship to it. Finally, a
find more resources at oneclass.com
find more resources at oneclass.com
Unlock document

scenario is not necessarily, or even primarily mimetic, it usually works through reactivation
rather than duplication. (29-32)
1. Dance studies vs performance studies
 Refers both the object of analysis and a methodological lens
 Both embodied culture practice - strong focus on embodiment
 Bias towards written verbal expression - logocentrism (focusing on embodiment in
the academic context) There is a logocentric bias - binary between mind and body
(embodied by the archive)
 Acts of transfer - valorise the knowledge that is held in the body
 Performance studies built off theatre studies - performance in performance studies
weighted towards theatre performace opposed to dance performance
 The way performance studied handles the question of performance may be enriched
by uses of the term performance that arise in other languages
 Performance and performativity (vaguely and incorrectly used often) relationship,
whether or not performance and dance disappears - ephemerality
 Performativity - a kind of statement, context for understand how embodies practice
gets valorised
 Political stakes around the question of ephemerality
 Analyzing performance, look at phenomena that are not understood as performance
and read them through the lens and read as performance - business presentation,
funeral - things that are rehearsed and performed daily in the public sphere
 Conceptual framework around performance
 Acts of transfer - performativity helps us understand how knowledge is passed on
through physical practice and not just writing
Performativity/Performative statement
 Developed by JL austin in a series of 1955 lectures on linguistic philosophy
 Conditions:
 Performatives do not describe or report
 The uttering of a sentence is or is part of the doing of an action
 Examples - marriage, naming a ship, bequests, betting
 Not necessarily true or false, accomplish the thing of they don’t
 Performative sentence or performative utterance
 Embodiment and acts of transfer - it blurs the boundary between language and
action, gives action and bodily practice the power to accomplish something in the
world - enactment brings meaning into the world
 Conceptual framework is part of the lens of looking at things as performance
 Efficacious dance - performative utterance, it makes a transition happen - power to
actually do something in the world - produce meaning in the world, doesn’t just
depict/reflect something (rain dance/Haka)
 Taylors writing is in response to Peggy Phelan: ‘performance’s only life is in the
present. Performance cannot be saved, recorded, documented, or otherwise
participate in the circulation of representations: once it does so, it becomes
something other that performance’
 Challenges logocentrism, because it is that which does not repeat
 Dance is ephemeral - challenges logocentrism, Phelan would say this is a good thing
 Taylor looks at a different historical and cultural context, process of colonization -
thinks disappearance is connected to power
 Disappearance may be a good thing - argued
find more resources at oneclass.com
find more resources at oneclass.com
Unlock document

2. Archive vs repertoire
 Archive: Stable, unchanging, writing, protected, worrisome when the government
starts erasing data - supposed to connect us to a stable historical record - facts that
are generally agreed upon - Connections to word place and the concepts of
government
 Repertoire - enacts embodied memory, ephemeral - connected to performance, the
body, still living - can be revived
 Archive = mind, Repertoire = body
 Parallel binary, interwoven rather than interdependent - work together
 Acknowledge that characteristics belong to both, stability in the perpetuation of
knowledge carried out by the body
 The Binary dividing written and lived knowledge served processes of colonization
 The repression of the repertoire served colonization and subjection
 Non verbal practices that long served to preserve a sense of communal identity and
memory were not considered valid forms of knowledge
 There were no stable cultures to speak of, before the colonization process began
3. What does this have to do with Central American Conquest
 Demonstrates why the distinction between the archive and the body is important
 The binary thinking which makes the archive and repertoire so independent is a
colonization point of view
 Writing, though highly valued, was primarily a prompt to performance, a mnemonic
aid (memory trigger)
 Although the Aztec, Mayas and Incas practiced writing before the conquest it never
replaced the performed utterance
 Memory is very tied to place - Central African, histories are written through maps
 Economic supremacy of colonists
 To get out of binary thinking - identifies oppression of privileging archive over the
repertoire
 A repertoire based culture is not necessarily weaker or more vulnerable
Historical context
To colonize
 To create a colony is to take political control of an area and populate it
 To appropriate a place or domain for one’s own use
Modern European Colonial period
 16th to the mid 20th century
 A field marked by heterogeneity
The US was both a colony and imperial power - postcolonial studies is so extreme due to the
sheer score, more extensive of the different kinds of colonial contact that have been a
recurrent feature of human history. By the 1930’s colonies and ex colonies of Europe
covered 84.6% of the land surface of the globe - Ania Loomba, Colonialism -
Postcolonialism
Histories of Central/Latin American colonization
find more resources at oneclass.com
find more resources at oneclass.com
Unlock document