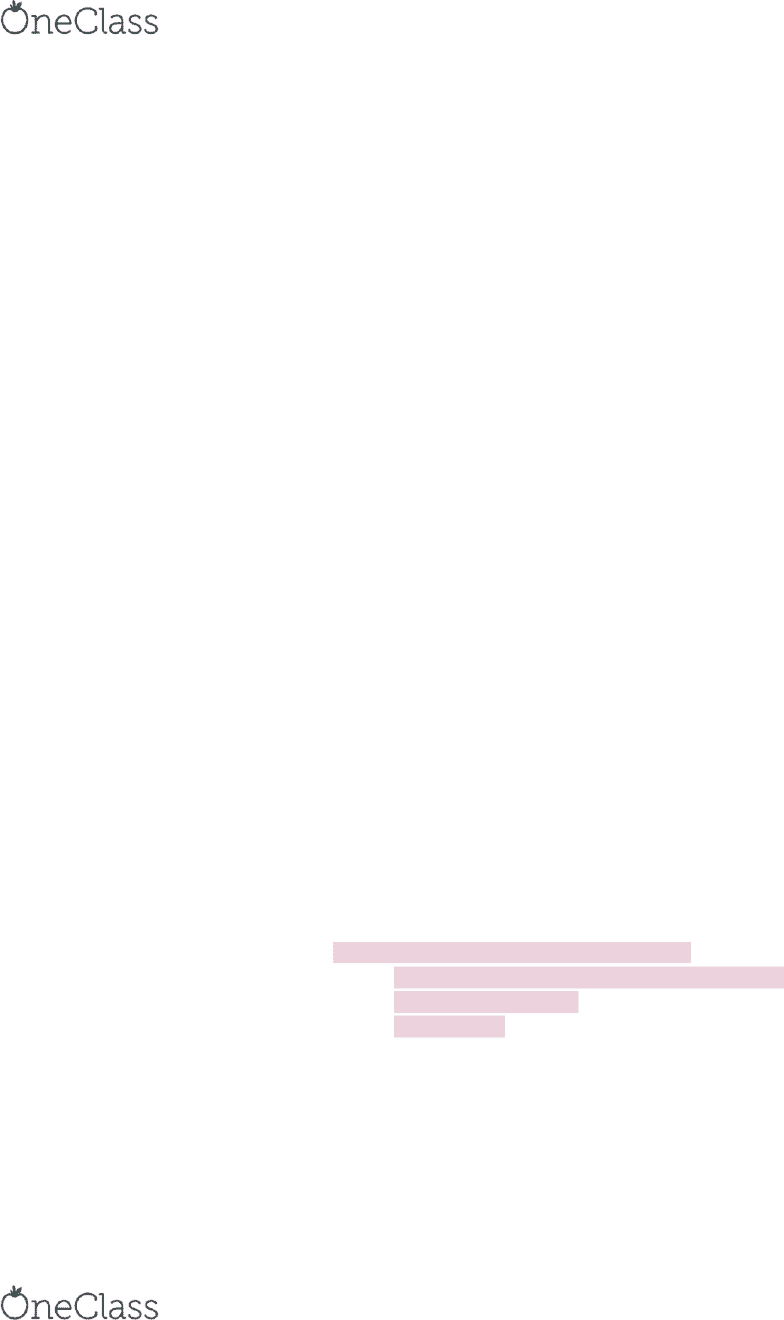 1/23/17 Approaches to Greek Myth
Narrative Elements of ‘The Rape of Persephone’
A. Demeter (Ceres), goddess of grain and agriculture, had a daughter, Persephone (Kore,
Proserpina). Persephone’s father was Zeus (Jupiter).
B. With Zeus’s permission, Hades (Pluto, Plouton) seized Persephone as she was in the fields,
and Hades took her to the Underworld to be his wife.
*C. Demeter wandered the world looking for her daughter. During her wanderings, she made
herself like a mortal and visited the town of Eleusis. While there, she attempted to make the
child (Demophon) of the Queen of Eleusis (Metaneira) immortal by nursing Demophon and
placing him in fire at night. She ceased from this process when Metaneira cried out having seen
Demeter placing her child in the fire.
● Might have been added to add authenticity to the myth
D. Eventually, Demeter caused a famine by refusing to let grain grow. Zeus ordered Hades to
return Persephone so that humankind would not starve to death.
E. Persephone had eaten a pomegranate seed while she was in underworld, which meant that
she could not leave the underworld permanently.
F. Under Zeus’s mediation, Demeter agreed to a compromise where by Persephone spends
part of the year in Hades’ realm and part with her mother on Olympus.
Concepts to Remember
4 general approaches to myth (Historical context, Theoretical, Comparative, Reception)
● Historical Contextual
○ approach would be to look at the specific context in which myth is told.
Thus, we try limit ourselves to the actual historical cultural context to
understand how it would have been interpreted by the author/audience.
Difficulty with this approach is as stated at the outset, myths are given.
We are separated chronologically, geographically, and culturally. It also is
somewhat narrow in focus.
○ How did this myth function in the ancient world and what did it tell us
about the relationship about history? Relationships etc
■ Earliest account Homeric Hymn to Demeter
● Greek beliefs about the afterlife and Hades and
Persephone’s role in it
● Fear of death
■ Religious rituals associated with this myth
● rites of mystery cult at Eleusis
● Eleusis is a short distance west of Athens and was the
home of the sanctuary and cult of Demeter and her
daughter Persephone known as the Eleusinian Mysteries.
■ Marriage
find more resources at oneclass.com
find more resources at oneclass.com
Unlock document

● endogamy Zeus and Hades – Uncle – Male determines
who will marry
● Greek culture: father gives away his daughter (mostly, in
this time) or marry within the family
● Hades is brother of Zeus: idea that father hands daugher
to brother
● Mother has no say on it, tension in family
○ Eleusis is a short distance west of Athens and was the home of the
sanctuary and cult of Demeter and her daughter Persephone known as
the Eleusinian Mysteries.
● Reception
○ approach is to look at how a myth is understood over time. That is say
how each culture interpretation of a myth to make meaning to it. Myth is
for invention.
○ How is this myth used, interpreted (reader-thought, not author intent)
■ Rossetti wrote about Proserpine
● Related to Jane morris, not happy with her husband,
“trapped” in the underworld
● Dante relates to Demeter
● She is represented in a gloomy corridor of her palace, with
the fatal fruit in her hand.
● In later years, Jane would claim to have never loved her
husband.
● Her affair with Dante Gabriel Rossetti after his wife died is
infamous. She began to pose for Rossetti again in 1865,
which began a series of Rossetti masterpieces familiar to
many Pre-Raphaelite enthusiasts –he painted her
repeatedly until his death.
● Comparative
○ approach would be to look for similarities between Greek myths and the
myths of neighboring cultures (Egypt, Levant, Mesopotamia, Anatolia) as
well as cultures which have no contact with Greek culture (Amerindian,
Australian Aborigine, Polynesian). Strengths is to recognize influence and
common features with this form of stories. Weakness often an
overemphasis on the similarities without taking into consideration the
dissimilarities. Sometimes influence and similarity is overstated.
■ Rape of Persephone and Pueblo Native American Indians Iyatiku
(corn goddess, ruler of the underworld, whose kids born and go to
the dead/ compassion, agriculture and children)
● yatiku is the corn goddess of the Keresan Puebloes. From
shipap, her underground realm, humanity first emerged,
from there infants today are born and tither go the dead.
● To provide food for them, she plants bits of her heart in
fields to the north, west, south, and east. Later the pieces
find more resources at oneclass.com
find more resources at oneclass.com
Unlock document 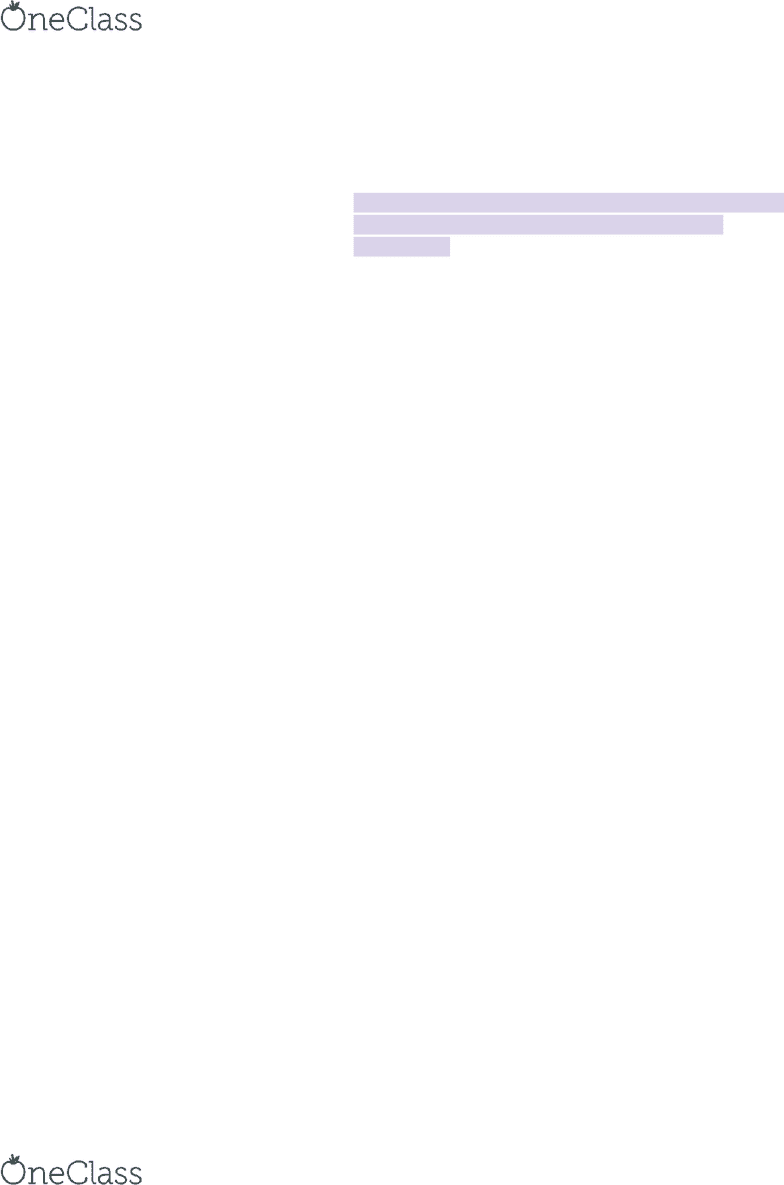 of Iyatiku's heart grow into fields of corn. The Cochiti
Puebloes regard Mesewi as the hero who had led the
ancestors of the tribe out of shipap.
■ Egyptian myth of the death of Osiris
● Similarities in Isis’s search for Osiris’s body and the Greek
myth of Demeter’s (Ceres) search for Persephone
(Proserpina).
○ In the Egyptian myth, Isis searched the world for
Osiris’s body, locked inside a casket. She
discovered that the casket had been thrown into the
Nile, where it was driven by the waves to Byblos in
Syria. It had washed up on shore and a sacred tree
had grown up around the casket, enclosing Osiris
body in its trunk. The king of Byblos saw the tree,
cut it down, and erected the trunk as a sacred pillar
in his house.
○ Isis traveled to Byblos and, disguised as a common
woman, found favor in the eyes of the queen. She
was chosen by the queen to nurse the royal baby.
Isis suckled the boy with her finger and every night
she placed him in the fire. It happened one night
that the queen discovered her son in the fire and
pulled him out. Isis informed her that if the boy had
only been allowed to lie in the fire for two more
nights he would have been immortal. She then told
the queen who she was and recovered Osiris’s
body from the sacred pillar.
○ In the Greek myth, Persephone was kidnapped by
Pluto (Hades). Disguised as an old woman,
Demeter searched the entire earth trying to find her
daughter. In her travels, she stopped at Eleusis,
where she was welcomed into the king’s house and
asked to nurse his son, Demophon. Every night,
Demeter placed Demophon into the fire in the
family hearth, intending to make him as a god. His
mother walked in one night and discovered her son
in the fire. She snatched him from the flames, and
Demeter revealed herself, telling the mother that
Demophon would have been immortal had she
been allowed to continue the ritual.
● The many similarities between these two myths are too
obvious for me to point out. One explanation for these
similarities might be the proximity of Egypt to the
Mediterranean world. In ancient times, there was quite a bit
find more resources at oneclass.com
find more resources at oneclass.com
Unlock document