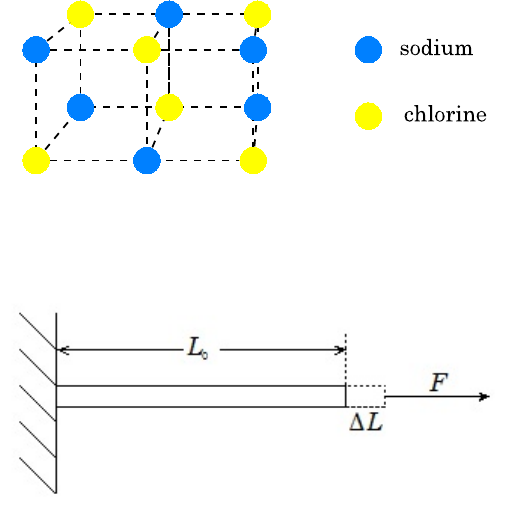 2/24
Chapter 12 Solids
Recall the rigid body model that we used when discussing rotation.
A rigid body is composed of a particles constrained to maintain the same distances from and
orientations relative to the particles around them.
Rigid bodies reasonably well describe solids.
The role of the particles is played by atoms.
An amorphous solid is one where the atoms have no regular structure.
In a crystalline solid, atoms are placed in an orderly structure.
Most of the glass you see on a daily basis is amorphous.
Crystalline glass usually makes goblets and punch bowls.
The sodium (Na) and chlorine (Cl) atoms in
salt form a cubic structure.
Sugar is amorphous.
Elasticity
Consider a rod — immobilize one end of the
rod — apply a force F to the other end. The
force will cause the rod to change in length by )L.
As long as the force is not too large, the
force and the change in length are
proportional.
How the force and change in length are
related depends on the geometry of the rod.
Suppose we apply the same force F to two
rods of the same material and same length,
one fat and one skinny.
The skinny rod will stretch farther than the fat one.
The amount that a rod stretches depends on the cross-sectional area of the rod A.
If we change the quantity causing the deformation from force to force per unit area, we get a
relation that does not depend on area.
Unlock document 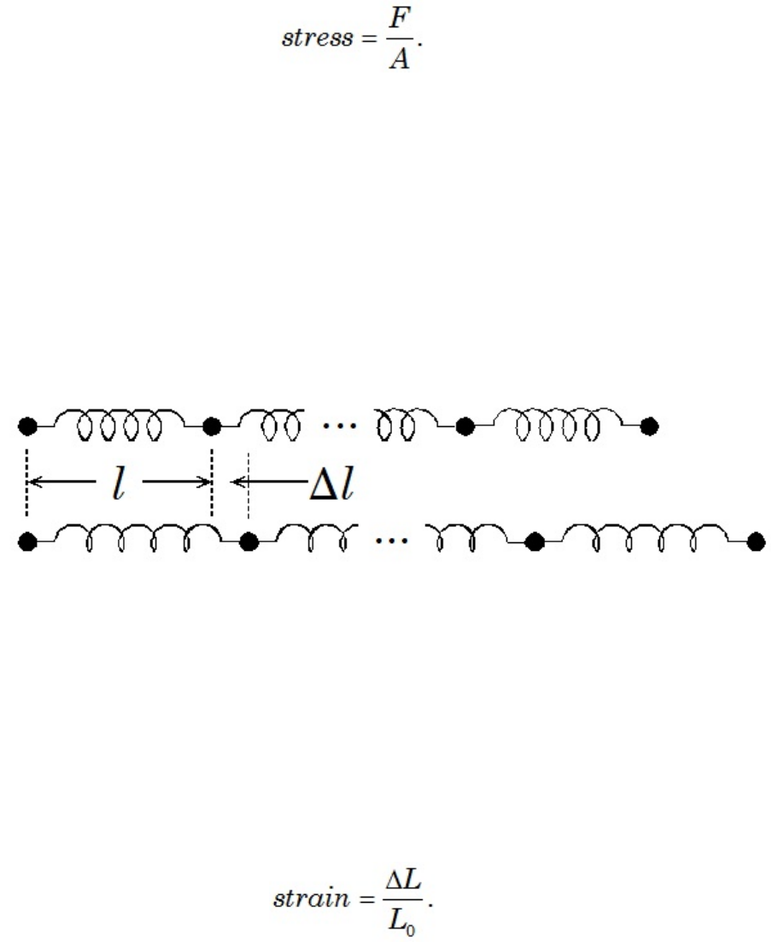 We define the stress produced by the force F on the rod as the force divided by the cross-sectional
area of the rod:
If we apply the same stress to any rod made of the same material and the same length, we find
the same change in length.
Suppose I have two rods identical except that one rod is longer than the other.
Applying the same stress to both rods produces a larger change in length for the longer rod.
9/15
Model a rod as a string of atoms separated by springs.
Each atom is at rest, which means that the net force on each atom is the zero. This means that
each spring has the same force F applied to it — each spring stretches the same amount.
The more springs in the rod, the more stretch for the rod.
The fractional stretch — change in length divided by the length — will be the same for both the
short rod and the long rod.
We define strain to be the change in length divided by the length:
Stress is the force-like quantity that causes deformation.
Strain is related to the deformation.
Stress causes strain.
As long as the stress is not too large, the stress and strain are proportional.
Unlock document 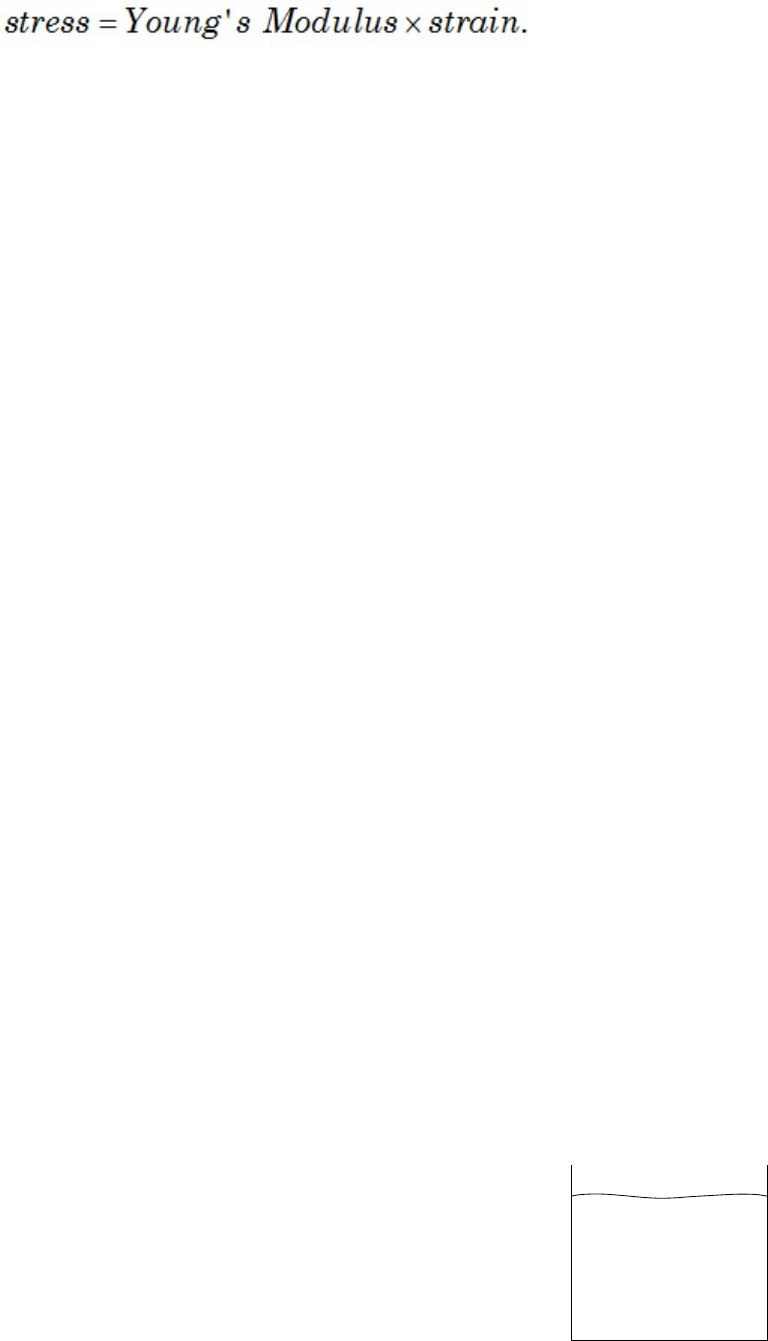