This question hasn't been answered yet. 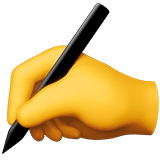 Explain the term “Polymorphism”. Demonstrate, with the aid of a code snippet, how polymorphism can be achieved via method redefinition from the “inheritance” code that you have produced in task 3.

Implement the function named isList1InList2 that takes two list arguments and returns True if and only if each element of the first list argument are found in the second list argument; otherwise it returns False.

Remark: You are NOT allowed to use the in operator or any other built in function when you write this function. Instead, if you wish, you can use the function you wrote in Part A.

For the lists shown in the main program, your function must return True because each element of list A is found in list B.

17. Most data compression algorithms like winzip, gzip, lzip and etc are based on the frequency distribution of characters in a given string. Write a function named getFreqDistribution that takes a string argument and returns a LIST that has length 26 such that the first element of the list is the number of appearance of 'a' or 'A' in the string, the second element is number of appearance of 'b' or 'B', and so on so forth.

I'm studying python 2 and have a lot of troubles with solving these homework questions.

Patients Who Need Dental Scans Are Kept In A First In First Out Queue. Assume That You Have Found An Already Developed Queue Container In A Software Library. It Provides standard Queue Operations To Insert And Remove Data (Known As Enque And Deque Respectively). However, You Need Some Specific Operations Such As Search() To Look Up A Particular Patient And showAll() To List All The Patients In The Queue. These Additional Operations Are Not Provided By The Library Unit.  Which Design Pattern Would Enable You To Obtain The Additional Functionality Required By The Queue? Justify Your Answer. Supplement Your Answer With A UML Class Diagram. Coding Is NOT Required.

1.Create a list that contains 10 successive integers starting with the value in the variable start. For example, if start is 7, the resulting list should be [7, 8, 9, 10, 11, 12, 13, 14, 15, 16]. Store the list in a variable named my_list. Assume that the value of start has already been set.
2.Create a list that is made up of the first half of the elements of a list called original_list. Store the new list in a variable called half_list. Assume that the original list has already been initialized and contains an even number of elements.
3. Write a predicate function called same_ends that accepts a list of integers and an integer (n) as arguments. Return True if the first n numbers in the list are the same as the last n numbers in the list, and False otherwise. For example, if the list was [1, 2, 3, 4, 99, 1, 2, 3, 4], the function would return True if n is 4 and False if n is 3. Assume that n is between 1 and the length of the list, inclusive.
4.Write a function called highest_values that accepts as arguments a list of numeric values and a single integer (n). The function should return a list made up of the largest n values from the argument list in order from lowest to highest. For example, if the argument list is [46, 82, 25, 61, 70, 33, 54] and n is 3, the return value should be [61, 70, 82]. Assume that the argument list contains at least n elements.
5.Assume that a list of integers stored in a variable named original contains exactly two elements that are zero. Write code that creates a separate list that contains the elements from original that are between the two zeros. Do not include the zeros in the new list. Store the list in a variable named between_zeros.
6. Write a function called price_range that accepts a list of floating-point numbers representing prices as an argument and returns the the difference between the highest price and the lowest price. Do NOT use the built-in functions max or min in your solution. Assume that all prices are positive values and that none of them exceed 10,000.00.
7. Write a function called count_vowels that accepts a string argument that represents a word and returns the number of vowels that are in the word. The vowels are A, E, I, O, and U (ignore the 'sometimes Y' rule). Count both uppercase and lowercase vowels.
8.
Assume that the variable table holds a two-dimensional list of integers. Write code that computes the sum of all elements in the table, assigning the result to the variable table_sum.