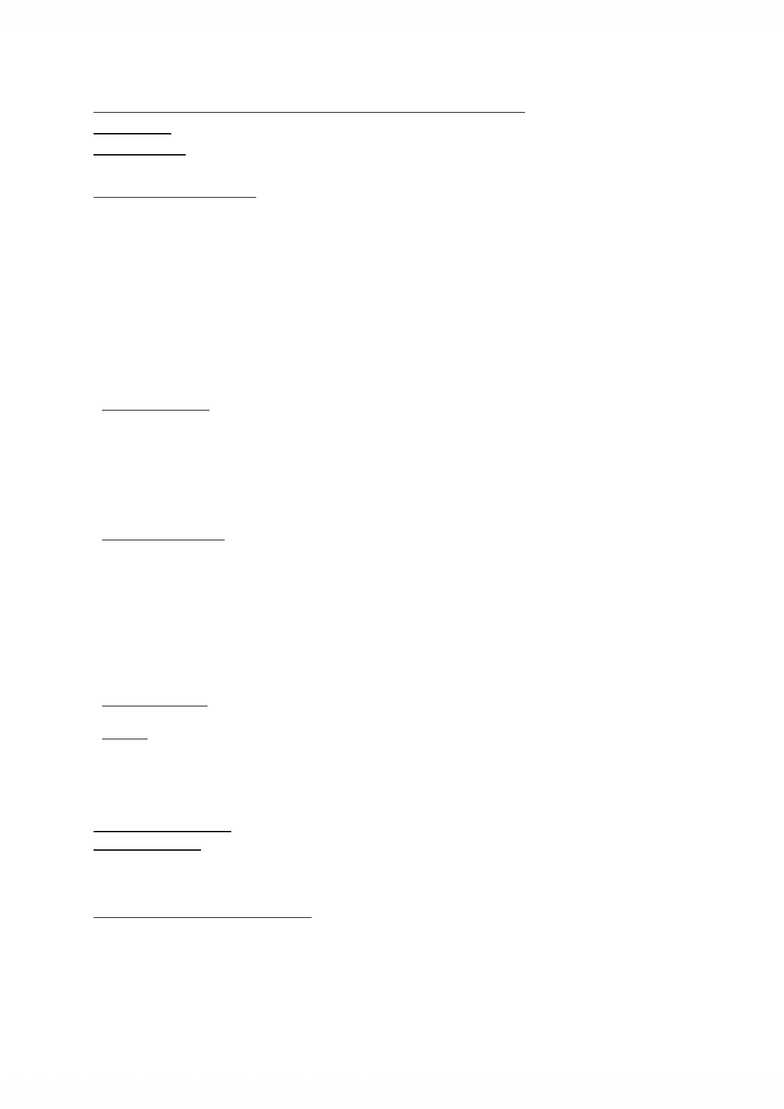 English 2C03: Contemporary Canadian Literature
Fall 2010
Dr. Hyman
Maria Chapdelaine
- Relationship between present generations and the past
- Early feminist  relationship between two types of work
- Economics in turn of Quebec  make money through farming.
- Tension between economic realities of farming and idealized farm
- Attitudes towards Quebec  Elite/Clergy: the farm is the place where you can best emulate the
life of Jesus.
- saved from capitalism, secularism therefore selling farm is seen as a negative thing:
sold out heritage
- Je me souviens  remembering the past: language, religion, culture get lost when you leave
the country or forget. The past is significant because it gives the future meaning
- Quebec nationalism
- French and English innately different
- Francois Paradis:
- Allegoric figure  he is what is being remembered  represents pre-conquest figure
(relationship between French and native)
- Boundary crossing figure
- Positive engagement with the forests until it takes him  nature didn’t want to let him
go. As allegoric figure he has to continue to represent his role. When he promised Maria to come
back he made promises that would change his role in the story.
- Maria losses hold of the past and needs to find another way to re- connect
- Lorenzo Surprenant
- Left his community to go toe the states  he has sold out therefore does not
“remember”.
- Innately concerned with money  in away he has become English
- Factory worker  introduction of this type of work into the text which conflicts with the
celebrated farming  discusses the hardships of farming (slaves of animals)
- he patronizes Maria “you have not the faintest idea”  replace her memory because her
country is “empty”
- work on the farm was meaningful and important to survival of her family; he offers her no
work at all therefore no meaning making her a trophy or prize.
- Euthrope Gagne:
- offers Maria what she already has  she continues to remember
- Voices: importance of re-instating memory in defence of colonization
- 1st beauty of the land
- 2nd beauty of language
- 3rd anti-foreigner (danger!), past is sacred  promise that everything will be ok.
World War One
Flanders Field
- Noble warrior: die with honour and protect the country. Romantic Heroism
- Soldiers not really dead  continue the battle: support the war or you are a traitor
- Order and organization. The form emphasizes the meaning of the poem (neat rhymes)
Break of Day in the Trenches
- hero/focus of the poem is the rat  cosmopolitan because he goes between the twp
trenches – all the same being sacrificed. The rat has more chance at life than the people in the
war.
- Darkness is crumbling around them
- Reality overcoming socialization 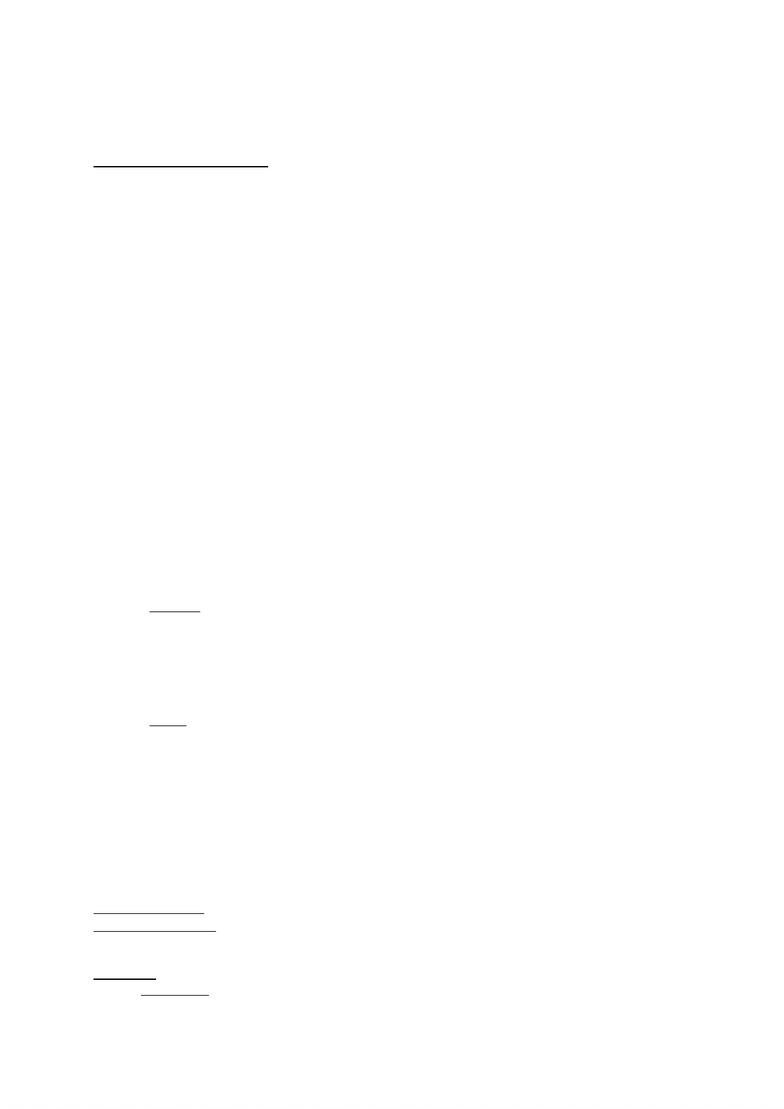 - reverse way of looking at the world  people become food for the rats
- Dulce et decorum est pro patria mori = it is good and honourable to die for your country
Generals Die in Bed
- Deconstruction of old way of looking at the world (post 1916)
- Money first issue brought up
- Anderson was a preacher. God’s message lost. Not in touch with god anymore  being
to de-construct sacred values
- Soldiers objectified
- left out training; suggests that the training was useless because training implies that you
know something about what you are doing  cannot be trained for chaos. Reversing cause and
effect as a result of technology (shells)  cannot be prepared if you do not see it coming
- Imagination constructing romanticized vision of war; have not come in touch with reality
yet
- artillery duel vs. artillery slaughter  “duel” hero challenging another  trying to make u
think the was is what is always as been – youfamism
- Surrealism  lack of order  Picasso: Guernica
- Browns death symbolized the death of his way of life  placed in situation they could
not anticipate
- Gang over the top into enemy trench  guns are humanized and people are
dehumanized
- Bewildered
- Two sides see each other  “enact our tragedy”
- “it”
- No agency
- Allusion to story of Abraham and Isaac (was suppose to symbolize end of
human sacrifice) – sacrifice the young – no god to protect them therefore disaffirms meaning of
god in the universe  no god = no order = chaotic and out of control
- learning process  universe is terrible  deconstruction of every institution right up to
God. What happens when they say no
- Gladice: not like other girls…  more long term
- Not a lot of agency
- not judged for being prostitute  a lot of institutions were not working (gov,
military, heroism, religion) this was the only institution that is working – she gives him what he
needs
- Judged for being civilian  doesn’t understand the reality of what narrator is
going through - he sees himself as murder
- Arras:
- Economics of war deconstructed: solider as commodity, vision of war as
commodity  Greed!
- Truck ride is a metaphor for the type of war they are in: No direction
- Looting of Arras: disorder and Chaos
- Only victory that is celebrated is against own people; the military police
- questioning of what they are fighting for: they are trying to re-assert agency –- order
being re asserted  Llandovery Castle  easy to be re-socialized – reconstruction of romantic
heroism: enemy re-establish
KLEE WYCK
Emily Carr Baptism: cover of the bible trapping them in; she’s not under anyone’s control  not
without agency
Paintings
Big Raven: soul of the land. Everything is alive. 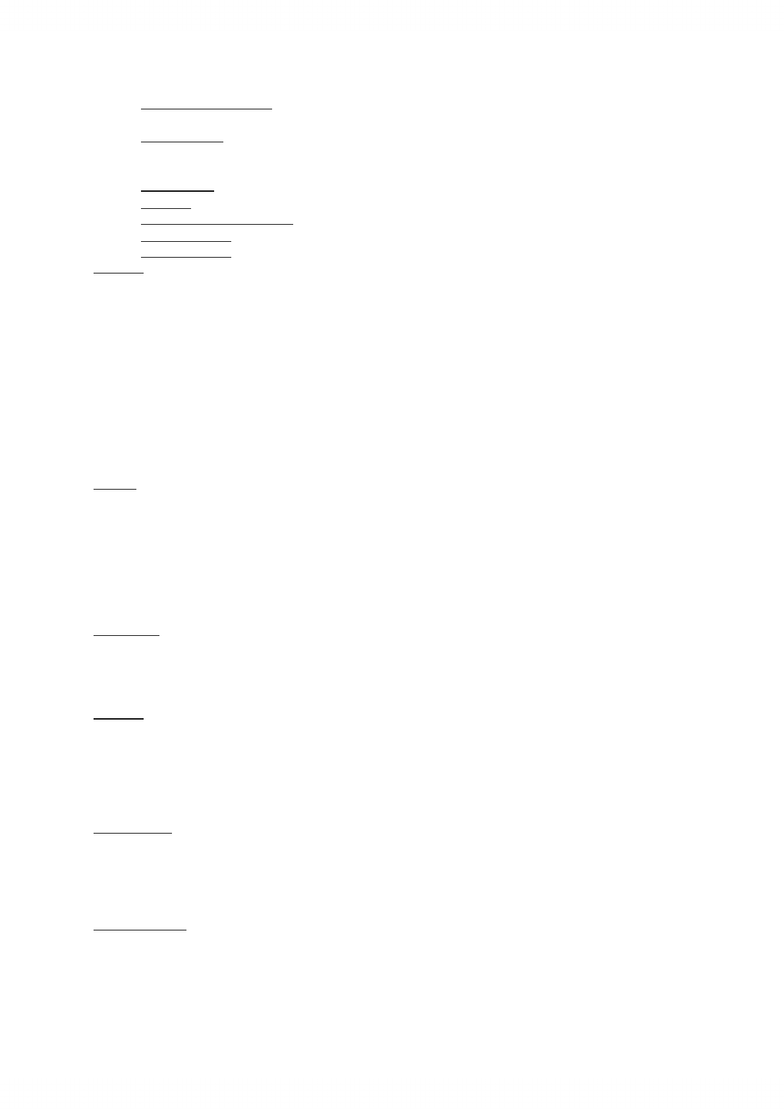 Above the Gravel Pit: aliveness of nature contrasted with the harming of nature. I  IT vs.
I  I
Crying totem: band on totem poles
 Explain family lines: memory that tells history. Colonization – take way memory
by taking away language
Cumshewa: power and authority of the Raven
Forests: British Columbia: bark forests  invitation in
Guyascloms D’Sonoqua: power of women
Indian Church: new order vs. old order  linear vs. fluid
Totem mother: Madonna and child
Ucluelet
- Balsam tree tall and straight = it –to—his  tree has subjective autonomy (alive)
- School house and church: place and education and indoctranization
- ABC  teaching them new language  issues with oral traditions vs. world based on
print  alienates them by changing their way of communication. Residential schools
- Old tanook and women with shawl  took apart in own colonization “from hand to
hand”. Battle of cultural supremacy in which the church has won
- Spirit caught in a picture “silly notion”  Emily had respect for belief system ; does not
judge just simple recounts
- grave yard: fluidity of life and death  contrast between natural and unnatural; native
dead placed in nature where they can be free vs. Christian being looked up from elements that
would help them  tension between two different ways of seeing life and death (critique of
Christianity)
Sophie
- Basket is symbol of fertility—irony because her children can’t survive  has to sell her
baskets as if to symbolize that she is selling out her future
- Shown to us in reduced way because she cannot speak the language – alienated and
infantilized
- Stereotypes: alcohol abuse  they were placed outside their society therefore did not
have any agency
- White babies – have a future, natives babies don’t; symbolizing the native culture does
not have a future.
Greenville:
- renaming  claiming land
- removing their forms of communication  the poles had no one to talk to.
- Uncivilized  can control them because of absence of print literacy
- Emily is always an outsider
Friends:
- Picture of Triplett’s: death is an expectation  no future/ no hope
- If they would have lived  “rocked”
- “on Sunday…” assumption that old ways need to be changed…
- Savages – half civilized – civilized
- “Give up” son – wont be the same when he returns because he will be “civilized”;
he will belong no where
Kitwanacool:
- Poles: heat of native culture that she wants to be apart of and embrace
- “Our poles”  question of possession  preserve the essence of the culture because it
is dead – preserve something so that they will not be gone forever
- Picture = dead
Documentary:
- gets out of role of interview and becomes activist
- could not be recognized because they did not have “culture” – uncivilized—need own
language, culture, land to have sovereignty

Relationship between present generations and the past. Early feminist relationship between two types of work. Economics in turn of quebec make money through farming. Tension between economic realities of farming and idealized farm. Attitudes towards quebec elite/clergy: the farm is the place where you can best emulate the life of jesus. Saved from capitalism, secularism therefore selling farm is seen as a negative thing: sold out heritage. Je me souviens remembering the past: language, religion, culture get lost when you leave the country or forget. The past is significant because it gives the future meaning. Allegoric figure he is what is being remembered represents pre-conquest figure (relationship between french and native) Positive engagement with the forests until it takes him nature didn"t want to let him go. As allegoric figure he has to continue to represent his role. When he promised maria to come back he made promises that would change his role in the story.