Climate Feedbacks
- A climate feedback is a process that amplifies (a positive feedback) or minimizes (neg
feedback) the effects of changes in insolation
- Earth’s environment system generates positive and negative feedbacks that affect the
timing & intensity of the Earth-Sun geometry
- Solar insolation and feedbacks together determine climate
- Historically, increase in temp resulted in a corresponding increase in CO2 release from
ocean waters in to the atmp
o This created a + feedback which enhanced warming and strengthen the
interglacial period (small temp changes caused by orbital parameters leads to
larger temps changes)
o And vice versa
- Younger Dryas Climate Event
o This was a dramatic cooling that lasted 1300
yrs followed by a rapid warming, attributed to
the thermohaline circulation. It was an
anomaly bc it went against the predicted
pattern
o Explanation: In the warming period of the
Holocene, with high temp all the ice was melting in the northern hemp and
running off into streams and rivers into the high latitudes of the north Atlantic
where the waters fresh and resulting in less dense water. Ultimately this melt
water disrupted the conveyer belt shutting down the AMOC, so it got very cold
again (‘little ice age’ like conditions which lasted another 1000s yrs or so)
o Then things 'recalibrated', leading into the Holocene period were in today
- AMOC – Atlantic Meridional Overturning Circulation
o The cooling of the North Atlantic may be due to a slowdown of the AMOC,
which is largely a result of an influx of cool water as a result of enhanced ice melt
(Greenland).
o There’s evidence that the AMOC is weakening.
- Climate During the Last Deglaciation
o 10,000 ya, the Earth’s title reached a maximum at the same time the earth’s
processional motion moved it closest to the sun at the summer solstice (June 21st)
▪ These combined, produced a summer insolation maximum at all latitudes
in the northern hemisphere
o Orbital parameters during Holocene should now contributing to cooling (~1°C).
o Anthropogenic Hypothesis – population growth, forest clearing, and agriculture.
- Dansgaard-Oescherger (DO) Events [NI]
o Natural cycles tend to be overly simplistic – combination of solar and terrestrial
process (orbital parameters and feedbacks)
o Cycles present in Greenland Ice Cores
o DO cycles don’t explain contemporary global warming bc it is occurring
throughout the entire earth’s system, not alternating bw southern and northern
hemp (with no net change in the Earth’s heat budget)
▪ Haven’t been observed since Holocene
Unlock document

Already have an account? Log in
Is Global Warming Caused by the Sun?
- Sunspot Activity
o High sunspot activity = increased solar output.
o Over the past 400 years, total irradiance from the Sun has not changed, but solar
energy varies cyclically (sunspots? cycle is about 11 years).
o Potential to change climate but has been relatively consistent over past 200 years.
o The number of sunspots has been lower, with lower intensity (no increased solar
activity). This, therefore, does not explain the warming seen in the last few
decades.
- There has been no sig. long-term upward trend in solar activity since 1700
o Global warming since the industrial resolution cannot be attributed to increased
solar activity since activity has not increased during this period
Did Global Warning End After 1998?
- The GW Hiatus
o As we reached 1997, the graphs showed that the global surface temp was
beginning to plateau, so ppl thought we reached some sort of maximum.
o This concept is that the way people showcase the data is crucial, you can change
the scales and turn the data into whatever you want to show (this is something
climate deniers would do) but to get a more accurate representation on thee global
trends, longer trend lines show the true rise in temps.
- Reshuffling Heat on a Warning Planet - World Ocean Heat Content
o Regardless of the temperature hiatus in the atmosphere, ocean temperatures have
been rising steadily since 1990. The atmospheric component leveled off because
the ocean was taking in all the heat.
- Do Scientists Disagree on GW?
o As research intensity increases there is more agreement that GW is
anthropogenically induced
o 97.4% of scientists accept anthropogenic climate change vs. 58% of the general
public
Medieval Climate Anomaly (MCA)
- H Lamb was collecting temp data over the past 1000yrs and put together the first credible
climate data of Norther Europe (where he collected was looking at the historical record)
o In his data there is a large hump in the 1000AD – 1500AD period called the
‘Medieval warming Period in Norther Europe’
o When this data was challenged, repeated it was found that the ‘hump’ was more
of a hockey stick and overall it was found that this regional data could represent
the global climate (the difference is too great)
- This shows that Climate science isn’t a mature science = 1st graph was based on regional
data (Europe) and it was the best available data at the time (that’s why when you report
science you leave room for it to be repeated) and this data was challenged and it paid off.
Global climate data was found to be diff from the regional data of northern Europe.
Unlock document 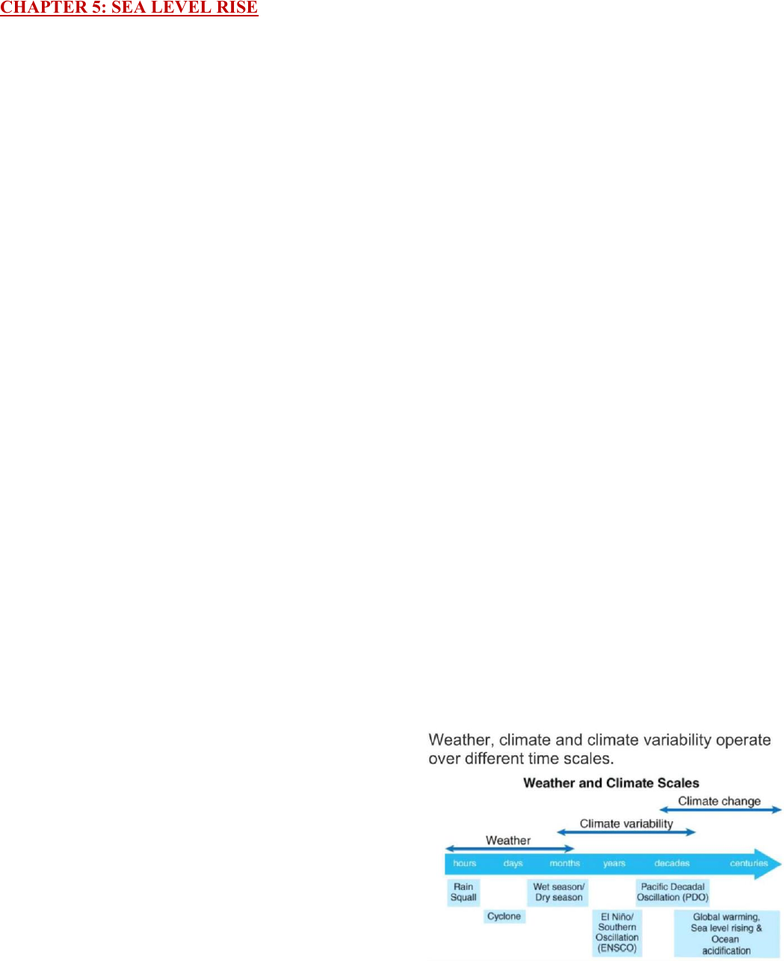