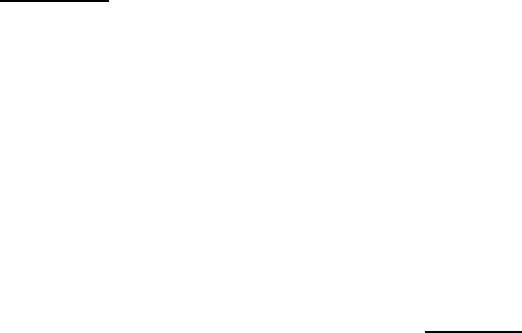 PSYC241 Midterm Review
Chapter 1
-Social Psychology: the scientific study of the way in which people’s thoughts,
feelings, and behaviours are influenced by real or imagined presence of other
people
-Construal: the way in which people perceive, comprehend, and interpret the
social world
- How we perceive the world is more important than how the world actually is
- Social psychology is an experimentally based science
- People trying to explain behaviour often underestimate the power of situations
- Social psychology vs. personality psychology  social psychology focuses on
individual differences and social influence (personality explanations not enough,
people can have different personalities in different situations)
- Goal of social psychology  identify universals of human nature that make
everyone susceptible to social influence
- Most social psychology has been studied in the U.S and has not been tested in
other cultures
-Fundamental Attribution Error: the tendency to overestimate the extent to
which people’s behaviour is due to internal, dispositional factors, and to
underestimate the role of situational factors
oWhen we underestimate the power of social influence, we gain a sense of
security  feeling that such a thing could never happen to us because our
personalities are different
This leads us to ignore the power of the situations and increases
our personal vulnerability to possible destructive social influences
by making us less aware of our own susceptibility to social
psychological processes
Subjectivity of Social Situations
-Behaviourism: how positive and negative environmental events influence
behaviour
- Watson & Skinner  conditioning, rewards & punishment system. Believe
studying cognition is too subjective and vague
-Gestalt Psychology: a school of psychology stressing the importance of studying
the subjective way in which an object appears in people’s minds (perception)
rather than the objective, physical attributes of the object  Koffka, Kohler,
Wertheimer
-Lewin  founder of social psychology. Applied Gestalt psychology to social
situations to explain human behaviour
Basic Human Motives:
- 2 basic motives underlying our thoughts and behaviours:
oneed to feel good about ourselves (self-esteem approach)
oneed to be accurate (social cognition approach)
- these motives often pull us into opposite directions  to perceive the world
accurately requires us to face up to the fact that we have behaved foolishly or
Unlock document

immorally. The need for self-justification can often win over the need to be
accurate
- Festinger claims that when these motives tug us into opposite directions we can
gain our most valuable insights into the working of the human heart and mind
Self-Esteem Approach:
-Self-Esteem: people’s evaluations of their self worth- extent to which they view
themselves as good, competent and decent
- People’s view of the world is often distorted in a way that allows them to maintain
a favourable image of themselves
- Justifying past behaviour  distort our views in favour of maintaining positive
self-image. Keeps us from learning lessons about our shortcomings and prevents
us from changing to the better in the future.
- Suffering and self-justification:
oHumans have a need to justify their past behaviour
oPeople may prefer things for which they have suffered to those they
gained with ease (ex. hazing)
Social Cognition Approach:
-Social cognition: how people think about themselves and the social world. How
people select, interpret, remember, and use social information to make judgments
and decisions
- Our expectations of the world can alter the way we perceive it, or even change the
nature of the social world (ex. Self-fulfilling prophecy)
Additional Motives:
- biological drives (ex. Fear, love, hunger), favors,, other rewards involving social
exchange
- Feeling of control over environment
Lecture 2: Methods
Basics:
- Theory: and organized set of principles used to explain objective phenomena
- Hypothesis: educated guess about the topic being studied
-Hindsight bias: the tendency for people to exaggerate how much they could have
predicted an outcome after knowing that it occurred
- General classes of measurement: direct observations, self-report measures,
indirect measures, physiological measures
- Non-experimental approaches: archival study, case study, survey study,
observational study
oNon-experimental approaches can tell us whether there is an association
among 2 or more variables
- Replications: repeating the study, often with different populations or in different
settings
-Meta-analysis: a statistical technique that averages the results of 2 or more
studies to see if the effect on an independent variable is reliable
Observational Method
Unlock document

Already have an account? Log in
-Ethnography: method by which researchers attempt to understand a
group/culture by observing it form the inside, without imposing any preconceived
notions they may have
-Interjudge reliability: level of agreement between 2+ observers regarding
observations. This ensures that observations are not subjective or biased
-Archival Analysis: form of observational method in which the researcher
examines the accumulated documents, archives of a culture (novels, magazines,
newspapers, etc.  tells us a lot about culture’s values and beliefs
Correlational Method:
- correlational coefficient: a statistical technique that assess how well you can
predict one variable from another (ex. How well you can predict people’s weight
from their height) -1 – 1
Surveys
- Used to predict how people’s responses to one question predict their other
responses
- Allows researchers the judge the relationship between variables that are difficult
to measure
- Surveys provide answers that are representative of the general population
- Random selection
- Weakness of surveys: accuracy of responses. People often poor predictors of their
future actions
Experimental Method:
- manipulation of variables to find causal explanations
- internal & external validity
- independent & dependent variables
- random assignment to condition
-probability level (p-value): The p-value tells us how confident we can be that the
difference was due to chance rather than the independent variable. If the p-value
is less than 5 in 100 the results might be due to chance factors and not the
variables.
-Basic dilemma of the social psychologist: there is almost always a trade off
between internal and external validity
Internal validity:
- whether measures actually measure what they purport to measure
- Threats to internal validity  selection, history, instrumentation, mortality/attrition,
maturation, testing (practice effects), experimenter effects, participant effects,
regression to the mean
- Ruling out threats to internal validity:
Target population  selection  random assignment  pretest experimental
group/control group  posttest
External validity:
- degree to which results of study can be generalized to the general population/other
situations
- influenced by: type of sample (representative, convenience), research setting (lab,
natural setting)
Unlock document